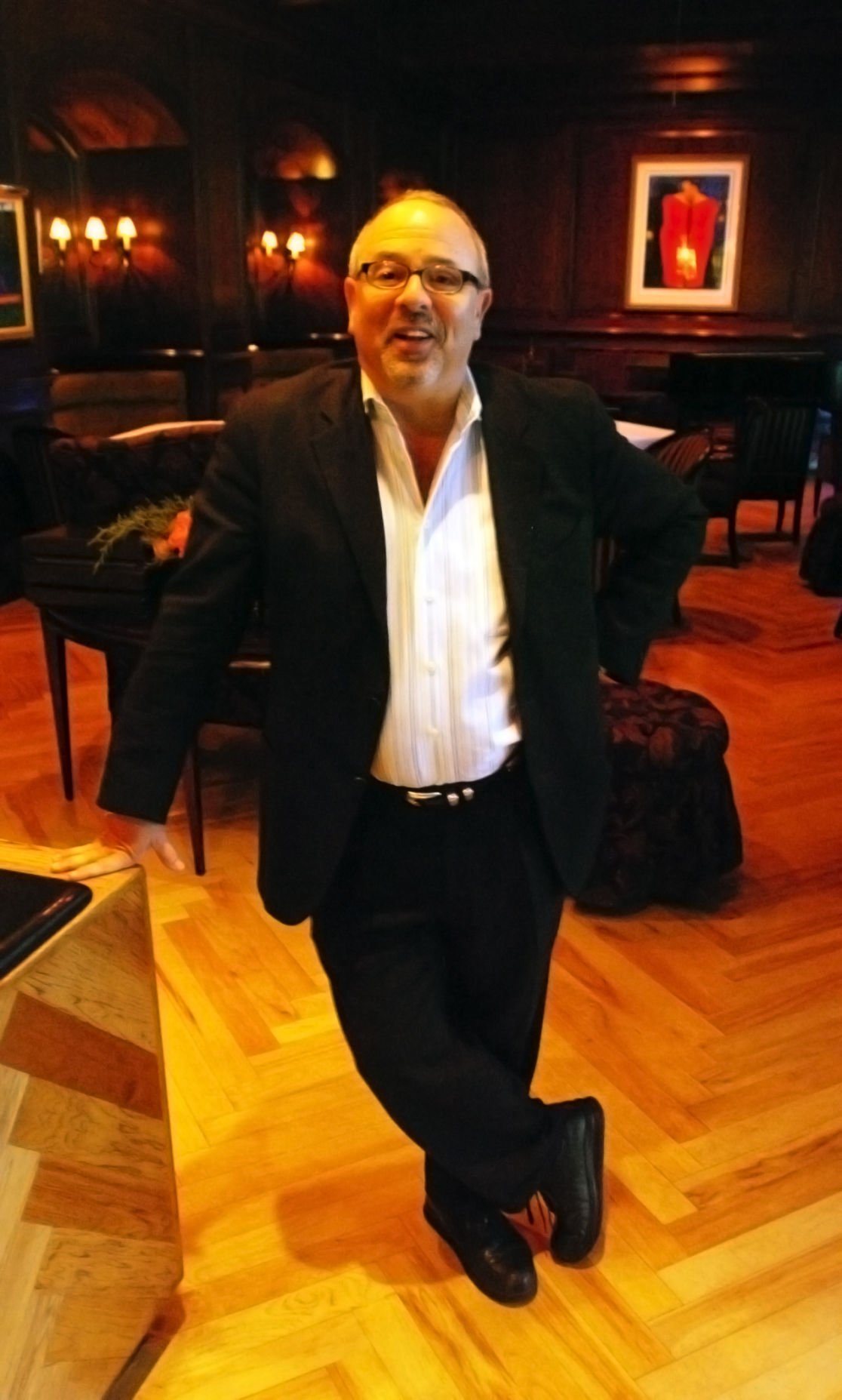 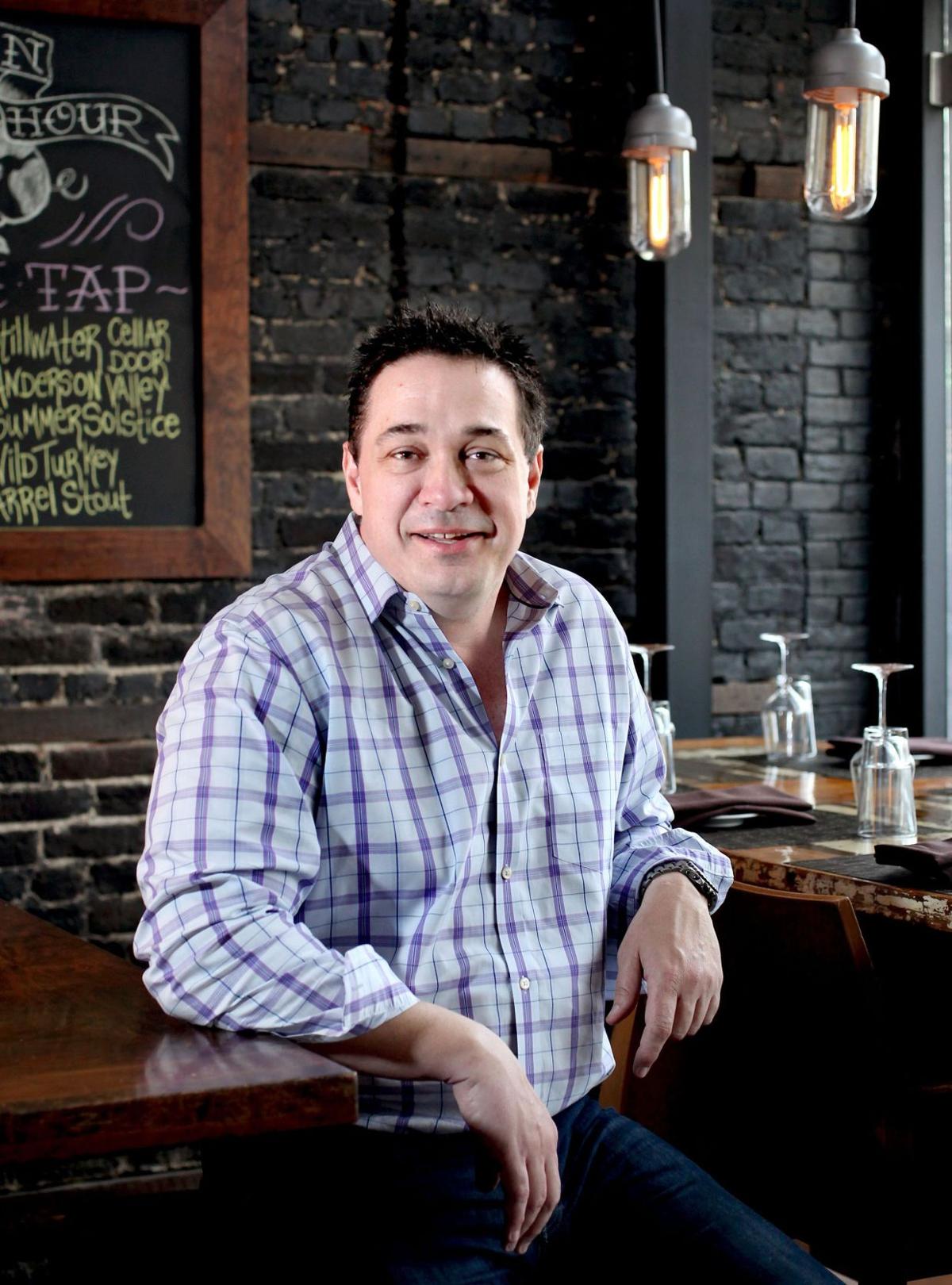 Steve Palmer of the Indigo Road restaurant group Tuesday, Feb. 25, 2014 at The MacIntosh in Charleston.

Steve Palmer of the Indigo Road restaurant group Tuesday, Feb. 25, 2014 at The MacIntosh in Charleston.

Mickey Bakst did just about everything during his working years that were swallowed up by addiction. He did alcohol. He did drugs. When he was trying to prove to himself that he wasn’t an alcoholic, he did three bottles of NyQuil a night.

The only thing that Bakst didn’t do was die. It’s a miracle the Charleston Grill general manager attributes to the conviction he developed, around the time he woke up in a straitjacket, “that if I were to drink or drug again, I would kill myself.”

Bakst has now been clean for 34 years. His friend Steve Palmer, managing partner of the Indigo Road Restaurant Group, this month is marking 15 years of sobriety.

Together, the men have started an informal weekly support group for other food-and-beverage industry members dealing with substance abuse. Palmer proposed the idea after an employee helping to open a new restaurant went back to his hotel room and shot himself.

“He was an old friend of mine, and I’d lost touch with him, so I didn’t know he was struggling with the bottle,” Palmer says of the August suicide. “And a couple of weeks ago, one of our line cooks at Indaco killed himself driving (after) drinking. He was 25 years old.”

Increasingly, restaurant professionals are talking openly about the unique and crushing stresses associated with their field. Last month, Sean Brock urged attendees at Food on the Edge, a chefs’ symposium in Ireland, to heed their mental health. “I think the future of food is rest,” he said in such a heartfelt way that some audience members were caught off guard.

Yet many of the discussions of exhaustion, depression, anxiety, substance abuse and eating disorders center on the very real threats of shortened careers, failed restaurants and damaged relationships. What’s said less frequently is that the stew of issues related to restaurant work can be lethally poisonous: Beyond the high-profile suicides of Chicago’s molecular gastronomy visionary Homaro Cantu and Switzerland’s Michelin star-collector Benoit Violier, chefs across the country are dying.

“We had one really bad year,” recalls Sarah Ory, who recently moved back to her hometown of Charleston after her husband, Jonathan, took a job putting together The Workshop for Butcher & Bee. “We were living in New York and we lost three friends to suicide and overdose. Just tragedies.”

The Orys were intimately familiar with the many ways in which a high-end kitchen job can devastate a person’s quality of life. When Jonathan Ory was a chef at Momofuku Ko, he refused to call in sick, because the unwritten rule was team members don’t miss shifts. “It’s long, demanding hours,” Ory says. “You’re in the public spotlight. And you combine that with not a lot of health care.”

Technically, restaurant workers are now eligible for insurance under the Affordable Care Act, although high rates put it out-of-reach for many low-wage earners. But when Ken Immer, an adjunct professor at the Culinary Institute of Charleston, worked at SNOB in the 1990s, the staff joke was, “They don’t offer health insurance: We just pickle ourselves.”

“Sure it’s a joke, but jokes are always rooted in reality,” says Immer, who’s now in recovery.

Sarah Ory assumed there was some kind of charitable group tending to the problems underlying her friends’ deaths. “We looked everywhere,” she says. Eventually, the Orys stopped looking and created The Heirloom Foundation.

“We’re not psychiatrists, we’re not life coaches,” Ory clarifies. “But what we’d like to do is raise awareness and fund resources for chefs and their families: I get e-mails at least once a month from a recent chef widow who is just falling apart.”

As a grant-making organization, the all-volunteer Heirloom Foundation is legally restricted to funding projects by 501(c)3s, very few of which are focused exclusively on the food-and-beverage community. Sometimes, though, a program makes the cut. “I was contacted by a chefs’ yoga retreat in the mountains of North Carolina,” Ory says. “That’s exactly the kind of thing we want to see start.”

To date, though, Heirloom’s most influential initiative by far has been a mental health survey of food professionals, undertaken with food writer and editor Kat Kinsman, author of the forthcoming book, "Hi, Anxiety."

“I expected a few dozen responses,” Kinsman said in an address at August’s MAD Symposium in Copenhagen, an annual meeting of chefs, aspiring cooks, farmers, journalists, and other food service professionals. “Maybe a hundred if word really got out. As of this week, I’ve heard from nearly 1,600 people in the industry.”

Obviously, those who completed the anonymous online poll were self-selected. But 84 percent of respondents reported experiencing depression. About 50 percent of them revealed they’re dealing with substance abuse.

That last figure is consistent with findings by the Substance Abuse and Mental Health Service Administrative Administration, which show that only miners and construction workers engage in heavy drinking more often than food service workers do. The industry also has the highest rate of substance abuse, with 17 percent of food service workers dependent on drugs or alcohol.

“This is just restaurant life — how it is. How it’s always been and how it will always be, right?,” Kinsman told the MAD crowd. “Can we stop for just a moment and ask if it has to be? We have to. We have to. Or more people are going to die.”

In her speech, Kinsman cited three chef deaths in February. “And those are just the ones I know about,” she continued. “That’s not counting, say, a line cook who overdosed; or a chef de partie who drank him or herself to death in a slow suicide, shift-drink by shift-drink, shot by shot; a server who ‘accidentally’ stepped onto the tracks or wrecked their car, late at night, alone.”

Tallying up chef deaths is a complicated task: The deaths of line cooks and bar managers typically aren’t noted in the press, and grieving families aren’t required to list their loved ones’ occupations in funeral announcements. Furthermore, it’s impossible for anyone to say definitively whether an employee was done in by the difficulties of restaurant work, or if the victim’s pre-existing issues made restaurant work more attractive.

For example, “If you show up to a restaurant job hung over, it’s a badge of honor,” Immer says. “If you showed up anywhere else wasted, it would be totally different.”

Still, a comprehensive sweep of paid and staff-written obituaries published this year in U.S. newspapers hints at the dimensions of mortality in the industry. As of last week, 33 people under age 60 who were working full-time at sit-down restaurants (in a capacity other than owner or operator) had died.

Of those chefs, eight of them died of named natural causes, including pastry chef Gina Palma and Charleston’s Lance Curry. The other 25 people died in a variety of ways: Two were murdered. Three were killed in car crashes. Mostly, though, they “died suddenly” or “passed away unexpectedly.” And in at least a few instances, families asked fellow mourners to forego sending flowers in favor of donating to organizations such as the Hope for Depression Research Foundation and Partnership for a Drug-Free America.

“The numbers are not good,” Palmer says of efforts to help restaurant workers shake fatal habits. Although he credits local hotelier and businessman Hank Holliday with saving his life by directing him to rehab, most interventions fail: “Our success rate is fairly low: Ninety-nine percent of people I take to meetings, I never see again.”

For reasons of liability, restaurateurs generally no longer allow employees to drink at their workplaces after clocking out. But restaurants remain risky environments for people prone to alcohol abuse. When their workday ends after midnight, they typically can’t unwind with a yoga class or walk through the park.

And in addition to the ready availability of their drug of choice and the widespread belief that alcohol enhances sociability – which is an attribute of greater concern to servers and bartenders than, say, computer programmers and stockbrokers -- front-of-the-house staffers are expected to handle and promote booze all night long.

After getting sober, Palmer says, “The first night back, a server ran up and handed me a bottle of wine and said, ‘Can you go open this on table 12?’ And I had a panic attack. I mean, I was like, ‘There is no way I can do this.’ And you can’t do it by yourself: I went to a meeting every day for five years.”

Palmer and Bakst stress that their new group isn’t affiliated with Alcoholics Anonymous, although they plan to talk about how much the program has helped them. “We want to be supportive for people who want to make it,” Bakst says. “All of us will give our names, our numbers, to people who come in. We’ll offer suggestions on what options there are for them. And most importantly, we will provide them with some kind of hope that it can be done.”

Immer thinks the participation of Palmer and Bakst, as well as other industry leaders who prefer not to publicize their involvement, is critical to the new group’s chances.

With the growth of the area’s food scene, Immer says it’s becoming easier for chefs to connect with nondrinking peers; there also are more options for culinary professionals who don’t feel comfortable in a restaurant setting, such as artisan production facilities and food trucks. But he suspects even those chefs who have distanced themselves from restaurants are still seeking the sense of community he predicts will prevail at Ben’s Friends, named for Palmer’s late colleague.

“A reason we come to the restaurant business is it is a family,” Immer says. “A lot of people didn’t have a great family life, so that vast familial bond could make a huge difference.”

As the owner of bars and restaurants that sell alcohol, Palmer is clear that he doesn’t believe alcohol is bad. “It was bad for me,” he says. “This is not a crusade: It’s just a message that if you love the business, it’s not an either-or.”