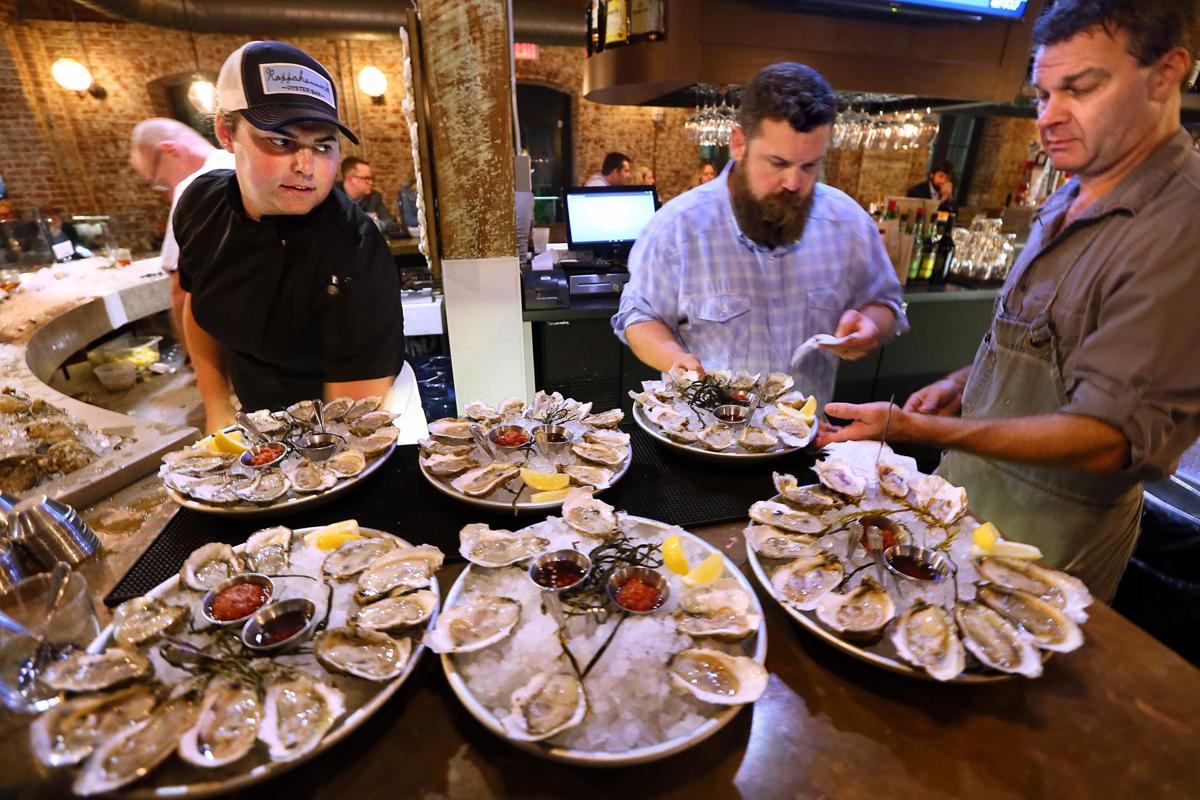 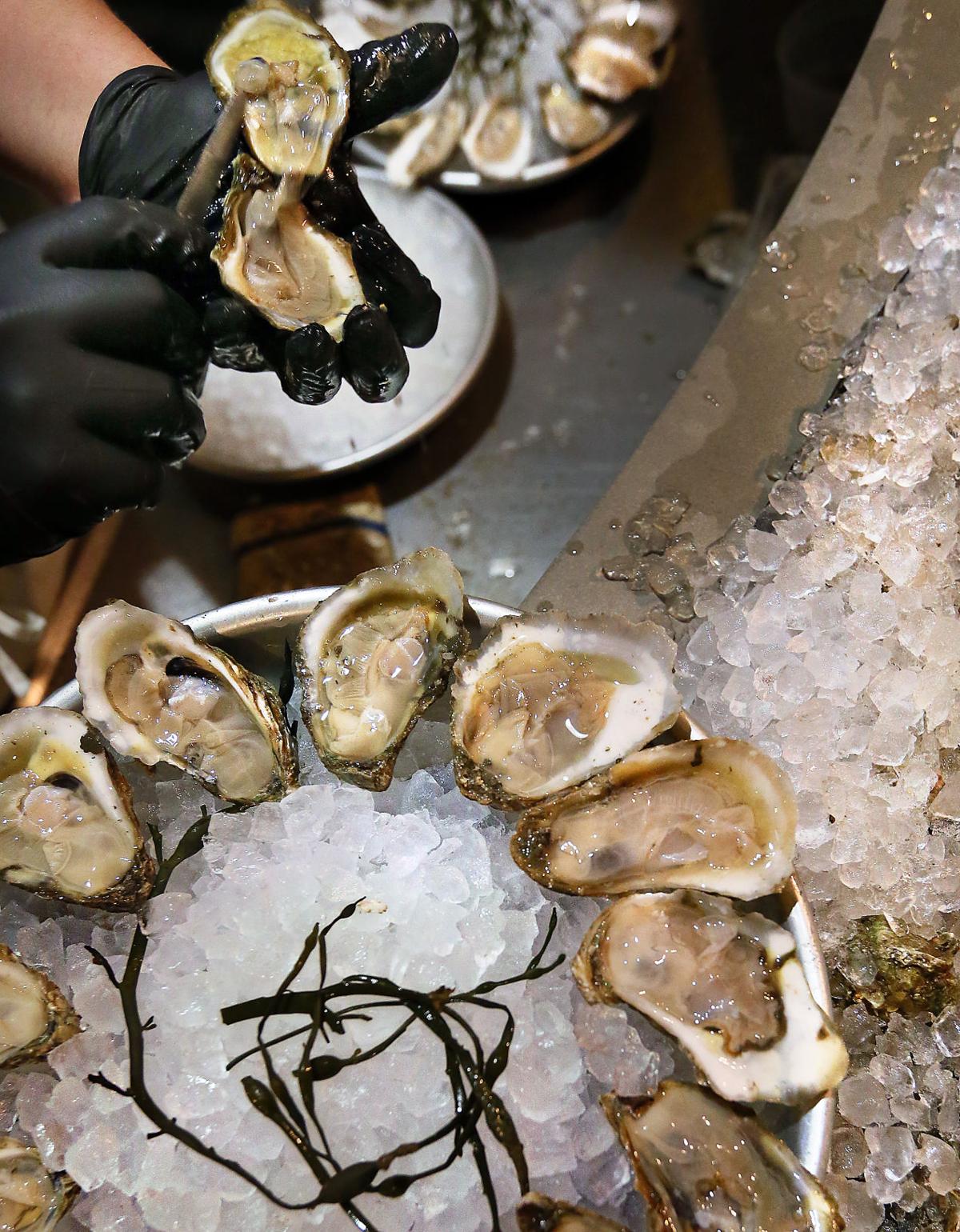 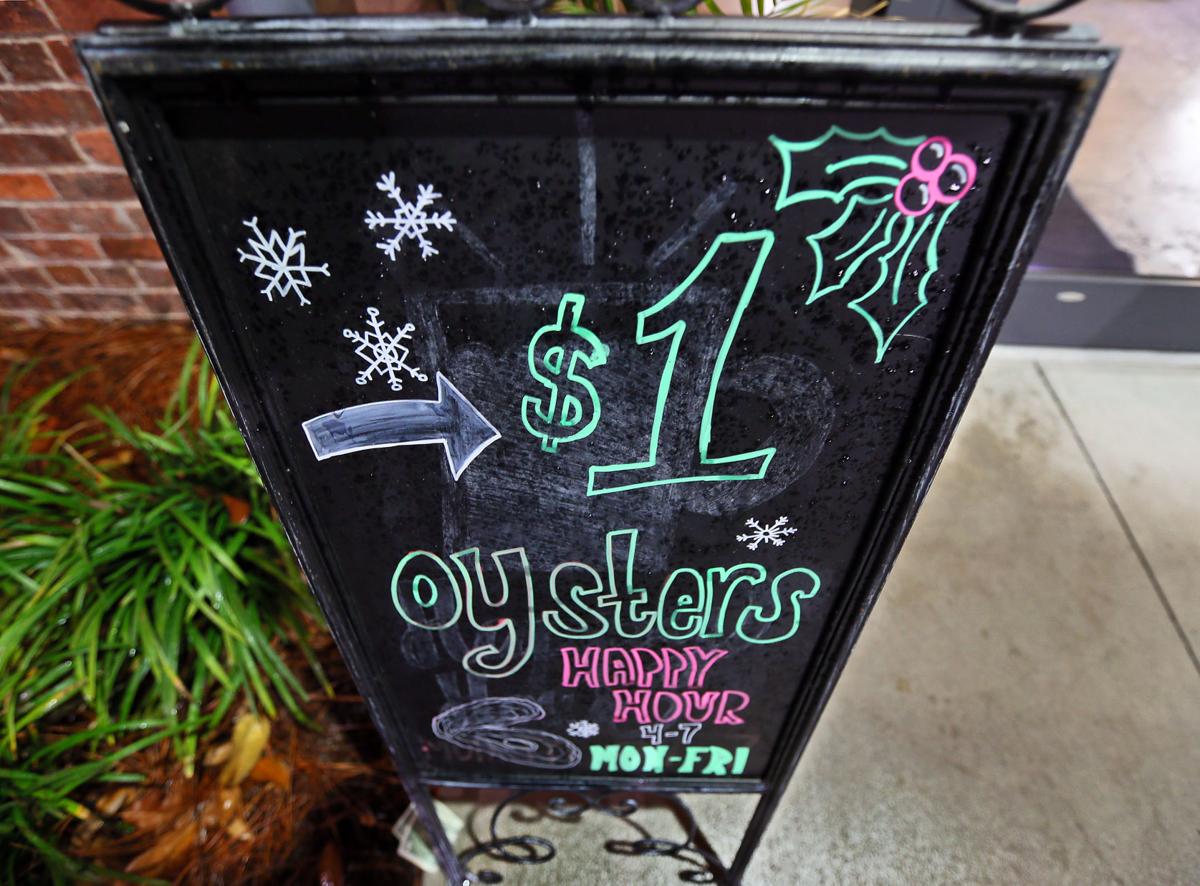 Customers taking their first turns at the shellfish end of the copper-topped horseshoe counter that embraces Rappahannock Oyster Bar’s liquor and raw bars generally have the same questions for shucker Bella Macbeth Cain.

“Is the hot sauce really hot?”

“Is your air conditioner broken?”

“Is it possible to order something besides oysters?”

(For the record, yes, that’s why it’s served with an eyedropper; no, that’s the ice machine; and sure, if pleasure’s not your thing.)

At 32, Cain has spent enough time in the hospitality business to effortlessly summon the politeness and positivity that make a customer feel smart for asking. But if people with front-row seats to the shuck really wanted to engage Cain, they might instead inquire after degrees of brininess, oyster-growing methods, or the technique she recently used to dethrone Virginia’s longtime state shucking champion.

Cain is at the vanguard of a new generation of competitive shuckers, many of whom are perfecting their craft in the rarified setting of expensive restaurants, instead of the factory-like oyster houses that used to figure into shucking legends’ back stories. They’re leading a charge to make their profession as respectable as other service roles that have lately surged in public esteem, such as chef, bartender and sommelier.

“If I go to border control and I say I’m a shucker, they kind of look at me like I have 10 heads,” says Eamon Clark of Rodney’s Oyster House in Toronto, who last summer won the Canadian shucking title for the eighth time. “And then I say I prepare food, and they understand. So you could be considered a chef, but it’s not like you’re managing a fleet of people: It’s more of a one-man show. It’s you and the oyster and the people sitting in front of you.”

With raw bars becoming as common as coffeepots and coatracks in ambitious restaurants, shuckers say the time is right for their expertise to yield the sort of celebrity that leads to producers asking for their endorsement, and consumers asking for them by name.

“Now we’re just seen as openers,” Cain says. “How would a shucker ever get a James Beard?”

To that seemingly rhetorical question, Cain has an answer, too.

By any other name

On the circuit, Cain is known as Gator, a reference to Lowcountry roots that stretch back three centuries. Deborah Pratt, the methodical shucker who Cain bested last summer, goes by “The Black Pearl,” a sobriquet reflecting her racial identity and habit of wearing a choker when popping open oysters at world-class pace.

“Shuckers get these personas,” Cain says. “There’s Big Sexton, Duke, King, Shooter. I was just on the phone for an hour with The Big Shucker.”

Other than nicknames and a competitive drive, the most successful shuckers don’t have much in common. “It’s a very diverse group,” Cain says. Unlike competitive barbecue, which is dominated by white male hobbyists, speed shucking draws oyster farmers, openers and connoisseurs from wildly different backgrounds. Still, there’s a movement among those plotting the field’s future to make it even more inclusive: The Big Shucker, who goes by Scotty Bordignon when he’s not around oysters, had called Cain to pitch an idea for an all-female contest.

“There is a fraternity of the shell, but it’s been an old boys’ club,” says Bordignon, a former Rappahannock employee now based in Vancouver. “Women have been kept out of the spotlight for so long.”

A Vice correspondent last year anonymously chronicled the challenges of working with a food item “historically associated with female genitalia and aphrodisiacs” in places patronized by men. Indeed, despite colleagues’ enthusiasm for Bordignon’s event plan, women remain so underrepresented behind raw bars that Cain has made womanhood central to her self-promotion. Her tagline on Instagram is “Scottish/Huguenot transgender woman on her way to becoming first transgender world shucking champion.”

Growing up south of Broad, Cain was surrounded by oysters at special occasions and annual get-togethers. As recently reported by The Lady Oyster, an online oyster culture magazine, she first picked up an oyster knife at the age of 5. She also encountered oysters in grade school, where as a fourth-grader called Charles she learned that oysters could change their sex.

That fact stuck with Cain through her studies at Camden Military Academy, The Citadel and the University of Utrecht. And she carried it into the restaurants where she ended up working when she returned to Charleston. Buoyed by other shuckers’ proclaimed interest above all in a pristine oyster, she four years ago decided to “stop pushing myself down” and live as a woman.

Cain in 2016 entered her first shucking contest at the Lowcountry Oyster Festival. She won, prompting her to register for more competitions. Since that first showing, she’s changed her shucking style — once adopting a new method minutes before the stopwatch started — and experimented with various knives. Her goal is to shuck faster, but she also wants to shuck cleaner.

Establishing standards that reign in raw bars is hugely important to shuckers looking to shift public perception of the work they do. To be sure, interacting with customers is an essential component of their job, particularly in an era when bartenders are too busy assembling elaborate cocktails to chit-chat. And with boutique oyster brands now flooding the market, customers need a trusted shucker to guide their choices. But that trust is built on fundamentals, such as not mangling oysters with clumsy knifework.

“The worst thing for me about people who shuck poorly is that’s what changes the texture of a firm piece of meat to snot in a shell,” Bordignon says.

When Clark’s father got into the oyster business, his work consisted of picking up oyster bushels that arrived from Prince Edward Island in the bed of a potato truck. He’d drop the oysters in the driveways of party hosts around Toronto; since so many of them didn’t know how to shuck, it became routine for him to handle opening duties in exchange for a bottle of wine and a night’s stay on a couch.

By contrast, Clark says, nowadays, “There’s a lot of pride in performing our art. It’s like a sushi chef: People at a party walk up to the oyster bar and see the amount of care we’re taking.”

Those agitating for shuckers to get more respect are pained by the sloppy treatment of quality oysters. According to Bordignon, scuttlebutt is swirling over who’s responsible for @shuckinhell, an Instagram account that’s “exposing restaurants who are using bad shucks as a way of generating business” by reposting supposedly pretty pictures of damaged mantles and desecrated meat.

Rather than shame offenders, Cain is developing a shucking certification program that would mirror the credentialing that beer and wine professionals pursue. She plans to try out a version of the introductory course at Charleston Wine + Food Festival, covering service standards, shell identification and oyster anatomy.

While Cain isn’t certain how the curriculum will look when completed, she’s confident she’ll at least have an opportunity at the upcoming Lowcountry Oyster Festival to again demonstrate why she’s the person to craft it: “I’m without question the best oyster shucker in South Carolina.”

What: The Lowcountry Oyster Festival at Boone Hall Plantation

Cost: $17.50 in advance, or $25 at the gate. Standard tickets do not include food or drink, but the festival also offers a $125 VIP ticket featuring unlimited oysters, beer, wine and mimosas; VIP tickets, if still available, will cost $150 on the day of the event. Children age 10 or younger are admitted free with a paying adult.