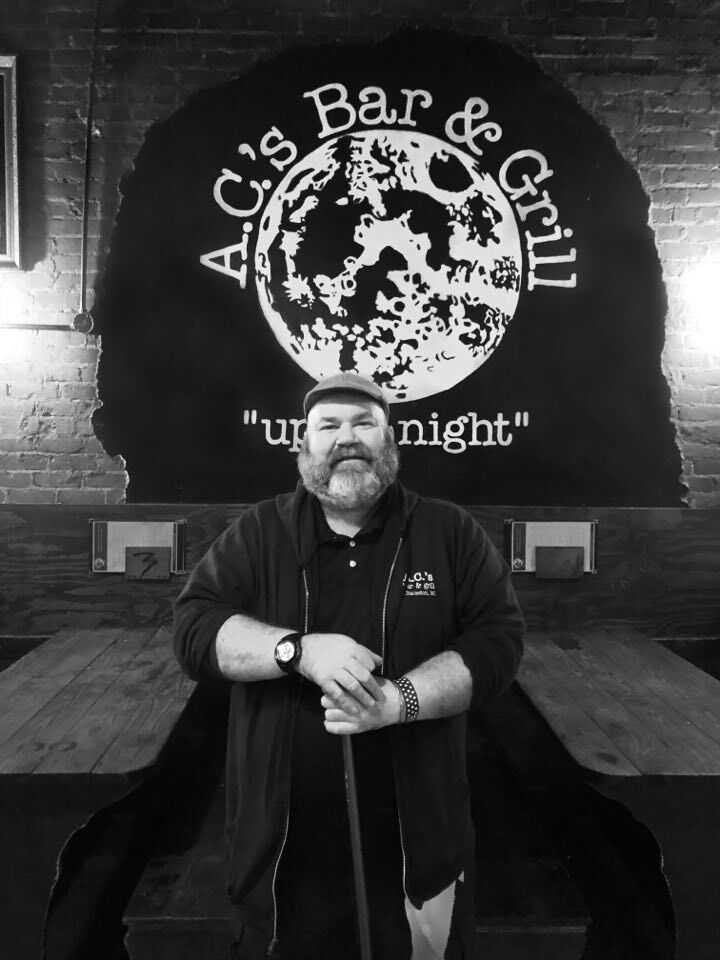 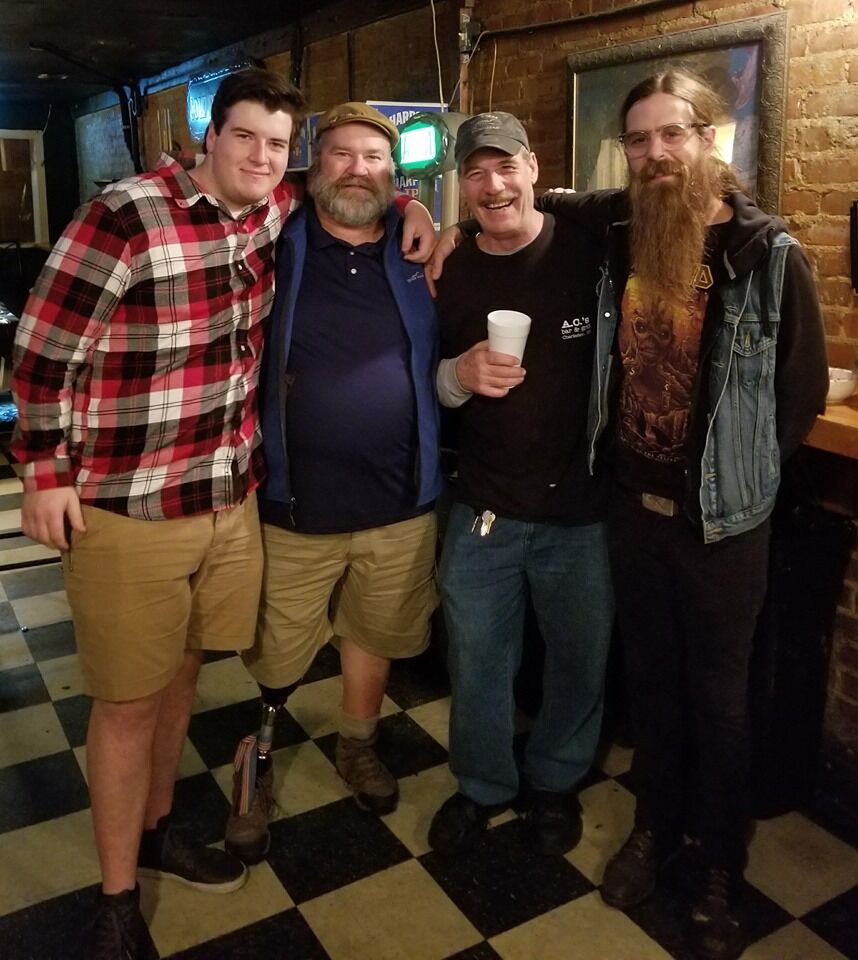 Lenny Piccirillo (second from left) had worked at A.C.'s since 1981. Provided 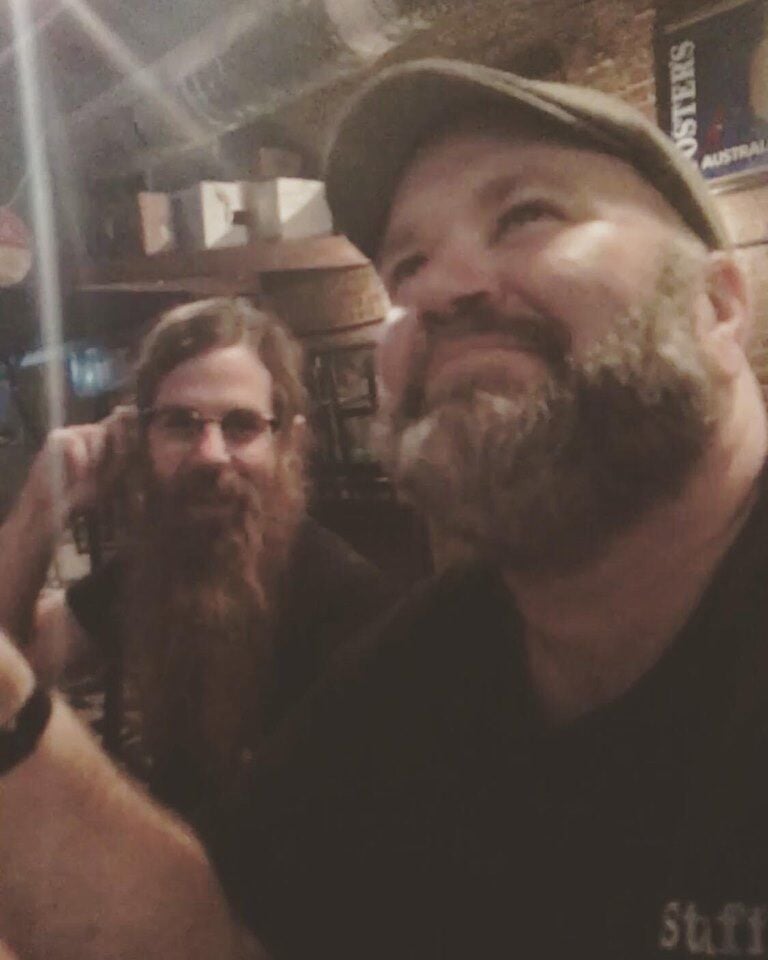 Eric Rickert (left) and Lenny Piccirillo worked together for more than two decades at A.C.'s Bar and Grill. Provided 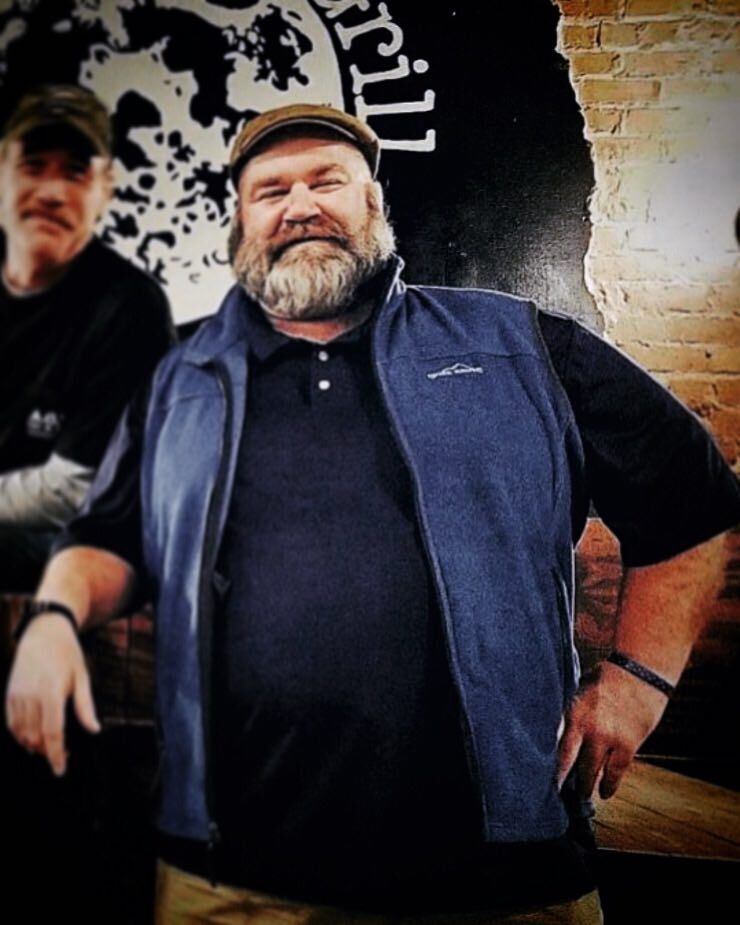 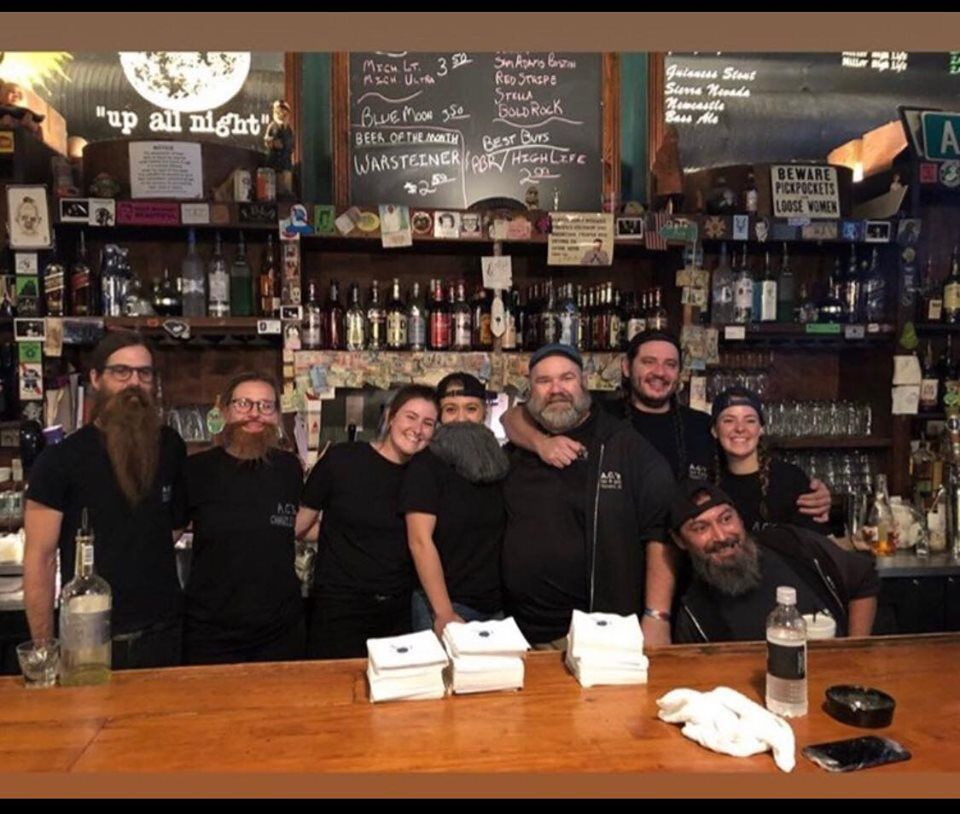 One year on Halloween, some regulars dressed up like Piccirillo, wearing homemade A.C.'s t-shirts and fake beards to match. Provided

Lenny Piccirillo (second from left) had worked at A.C.'s since 1981. Provided

Eric Rickert (left) and Lenny Piccirillo worked together for more than two decades at A.C.'s Bar and Grill. Provided

Lenny Piccirillo, the longtime A.C.'s Bar and Grill bouncer and bartender who was known for his friendly ways and a post-shift drink of whole milk on the rocks, died Wednesday. He was 59.

He was never married and had no children. His sister, Nanette Piccirillo, lives in the area. He is also survived by his brothers Eddie Fendley and Ciro Piccirillo.

Growing up, Piccirillo's nickname was "Fish" because he loved to swim. After moving to Charleston from his family's home in Elberton, Ga., he played baseball and football at Bishop England. He later coached football at BE.

After a few years at the University of South Carolina, Piccirillo began working at A.C.'s in 1981 when it had a different name and Charleston bars were still allowed to serve until dawn. He stayed onboard through many ownership changes, including when Curley bought the bar in 2002.

"I am just one of many who'll feel that downtown Charleston has been diminished this week, as if this year hasn't been tough enough," Curley said.

Piccirillo, who worked the door for much of his A.C.'s tenure, was the bar's outward friendly face. He befriended cigarette-wielders taking puffs between pool strokes and shot the breeze with those waiting in line.

Jonathan Carman, who worked as a bartender with Piccirillo for 16 years, described his former colleague as a legend. Carman only saw him take a sip of alcohol a handful of times during all those years.

He made friends easily and kept them. Once for Halloween, several regulars dressed up like him, wearing homemade A.C.'s T-shirts and fake beards to match his bushy gray whiskers.

"That just tickled him to no end," Carman said.

Stacey Cornett, who six years ago joined A.C.'s as a bar-back, always joked that Lenny was the mayor of A.C.'s; he greeted everyone with a firm handshake, bear hug or kiss on the cheek.

In addition to making her laugh at work, Piccirillo was also a great trivia teammate.

"Lenny was a pillar in our A.C.'s family," Cornett said. "This is a devastating loss to all of us."

Gabriella Natali, who worked for five years at A.C.'s as a bouncer, remembers Piccirillo giving her a ride home over the Arthur Ravenel Jr. Bridge on his motorcycle. (He also drove a DeLorean for years.) Even though she now lives in New York City, she said he periodically would text her to check in. For her, the friendship extended beyond the bar.

"I'll always remember Lenny as the guy who always had my back," Natali said. "Being a bouncer as a woman came with a lot of B.S., but Lenny was always there to stick up for me with no questions asked. He called us his 'Girl Crew,' which we always liked."

"Lenny remembered every single person who stood in that line, their name and their face," Mackenzie shared. "People would come up to him he hadn't seen in years who were back visiting. They would give him a hug, and he always remembered them."

After Piccirillo last winter had his second leg amputated, a complication of diabetes, he returned to work as soon as he could stand. An avid golfer, he was also soon back on the greens. And when Christmas came around, he wrapped lights around his prostheses in the name of wholesome holiday cheer.

Arrangements are being handled by James A. McAlister Funerals and Cremation of Charleston.