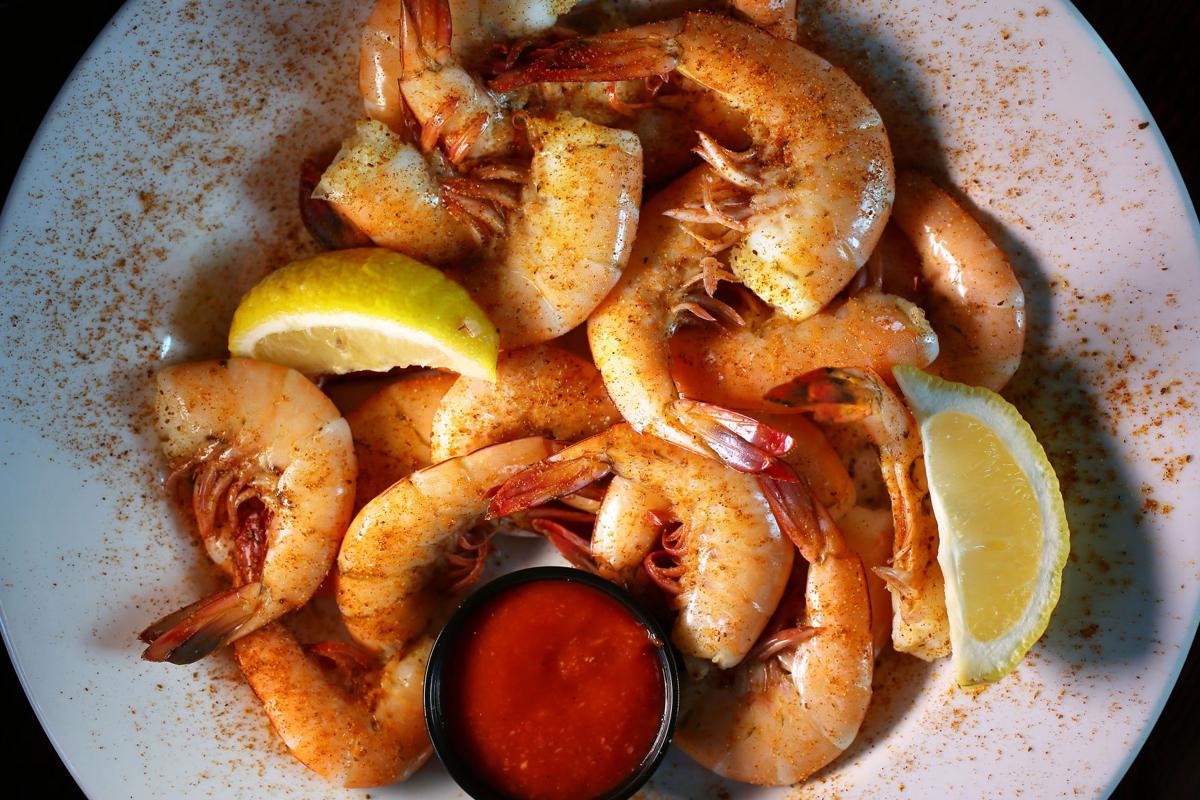 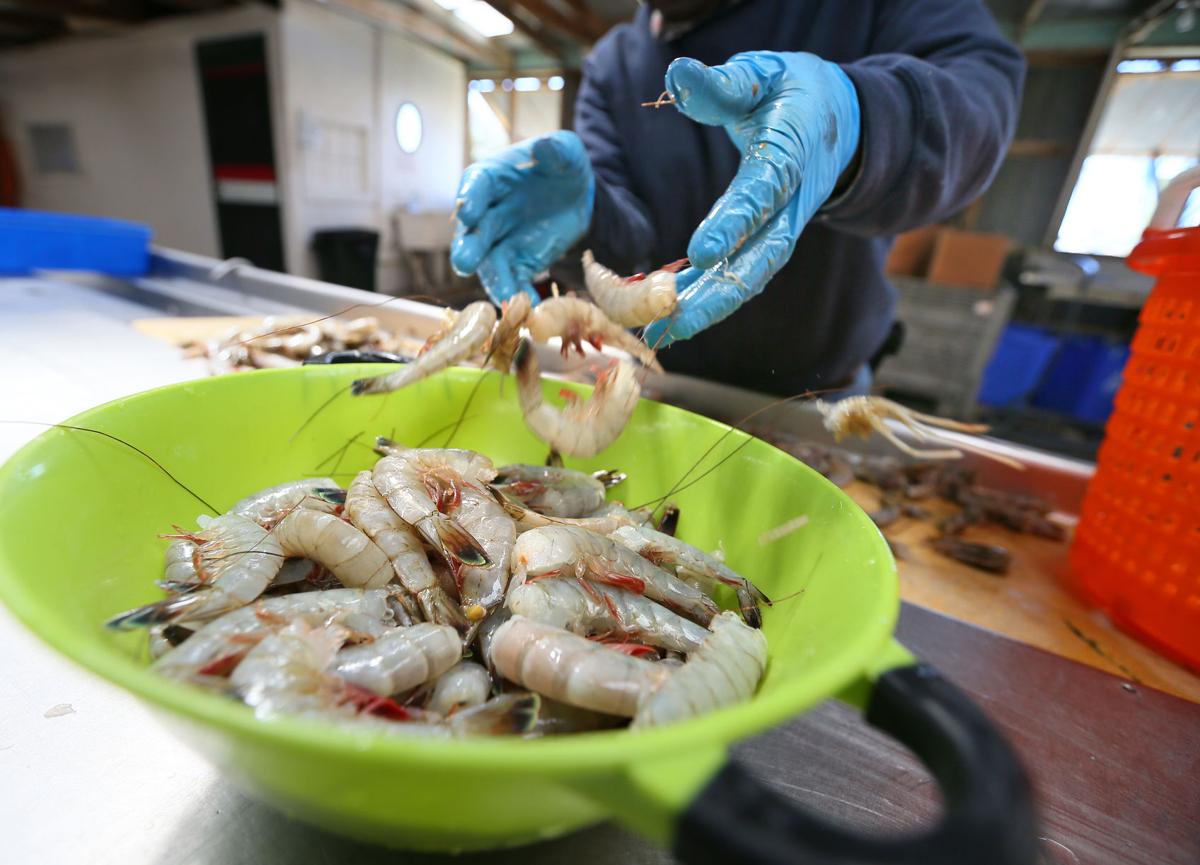 On Friday, March 22, 2019, former shrimper John Henry Middleton heads shrimp brought to the Wando Dock by Tarvin Seafood's Carolina Breeze trawler. Middleton has worked on — or out of — Shem Creek for more than 30 years. Wade Spees/Staff 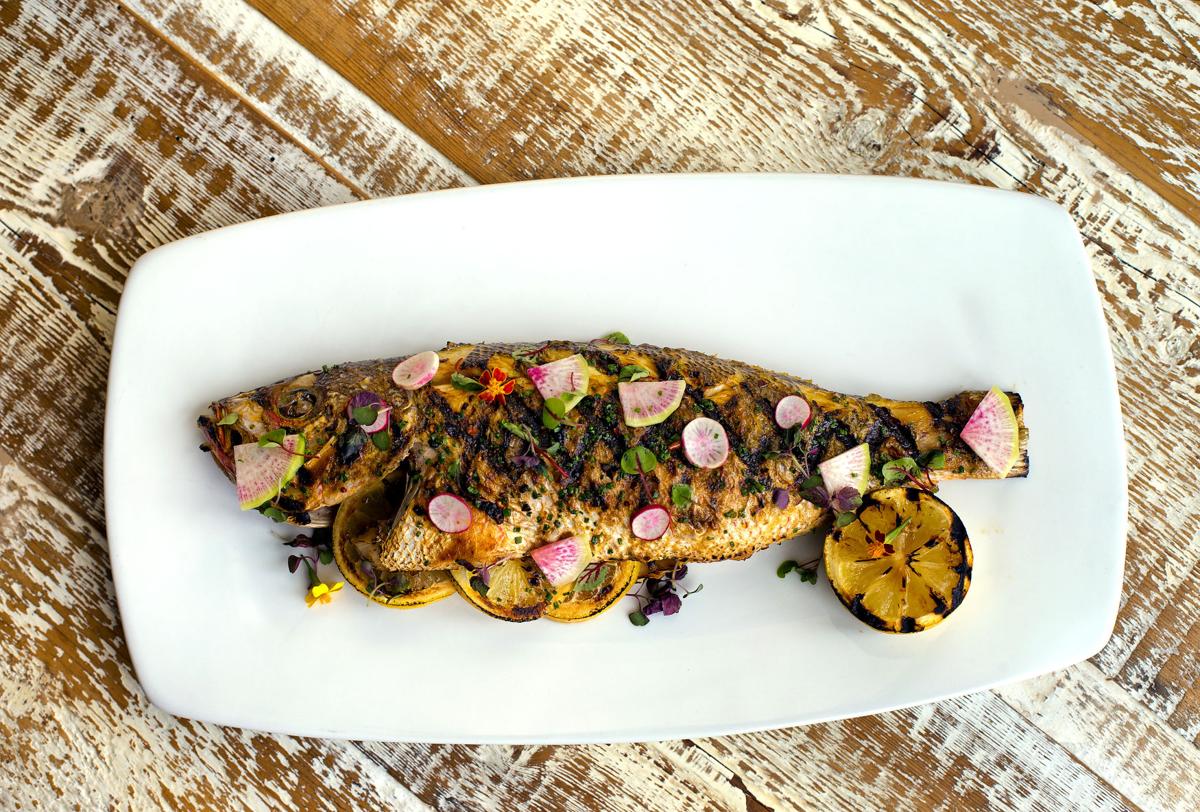 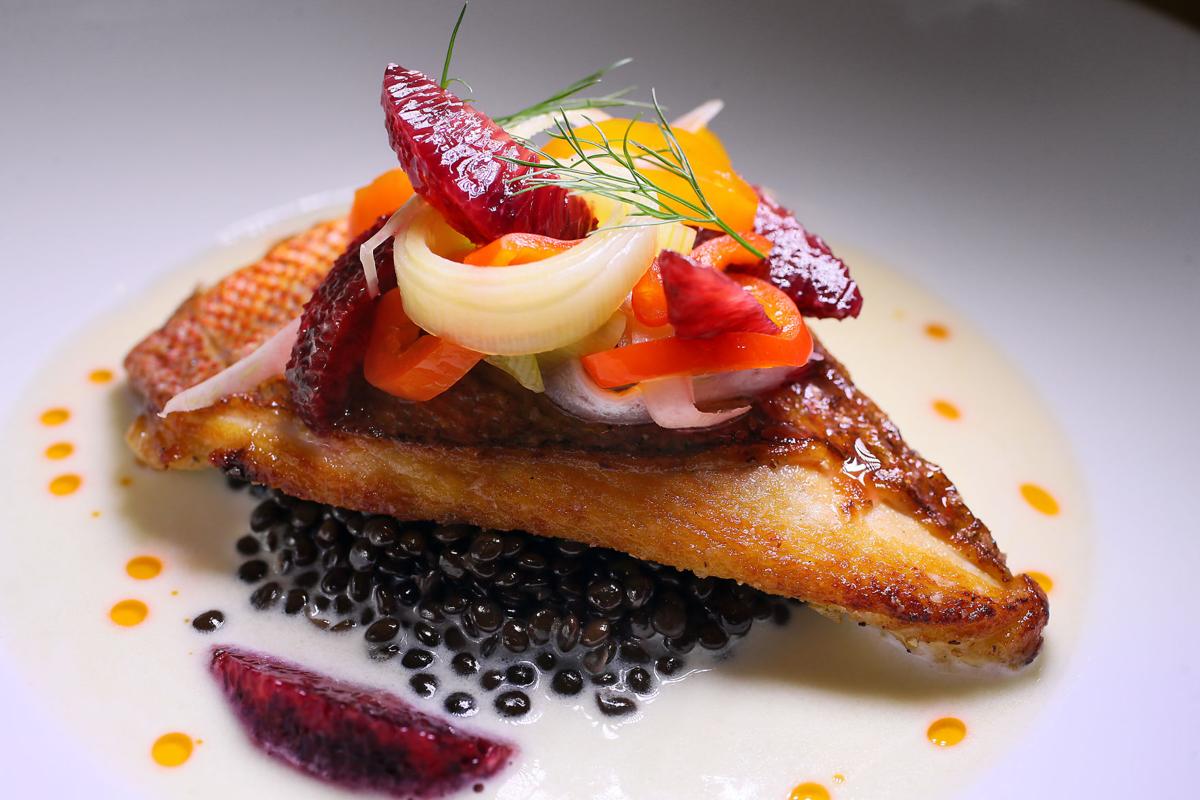 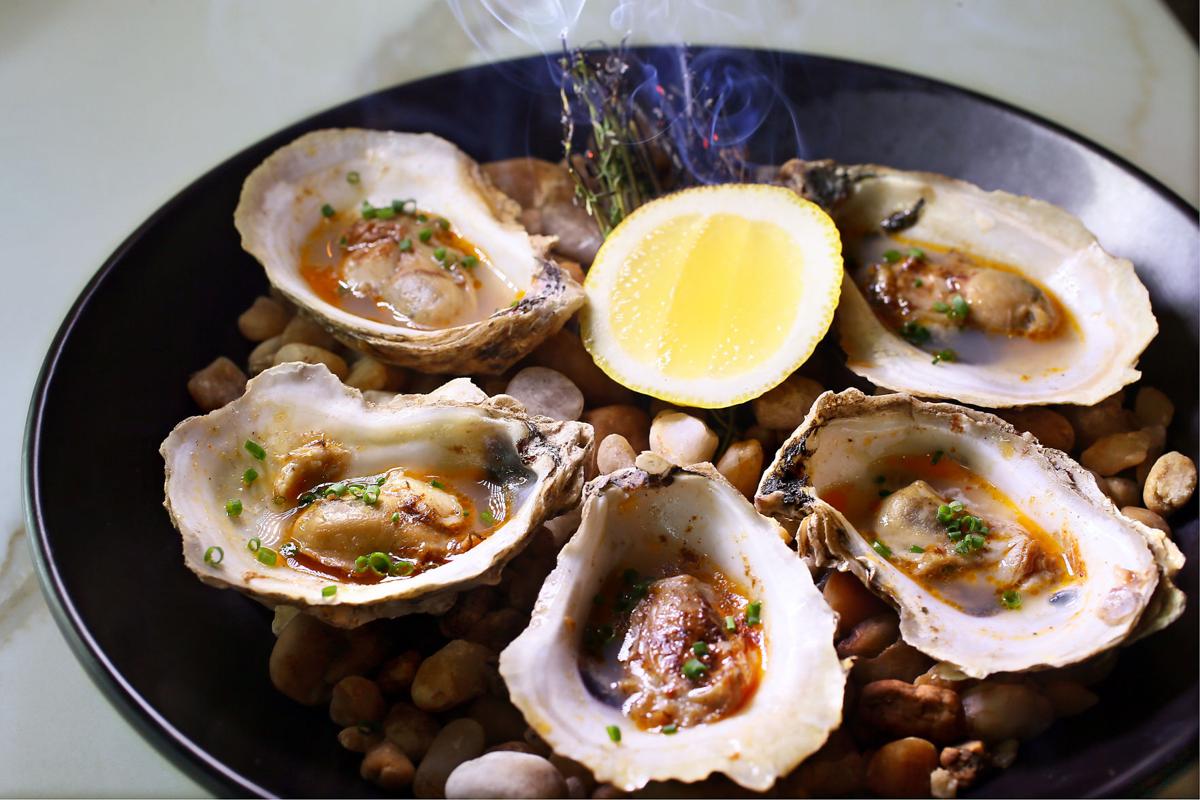 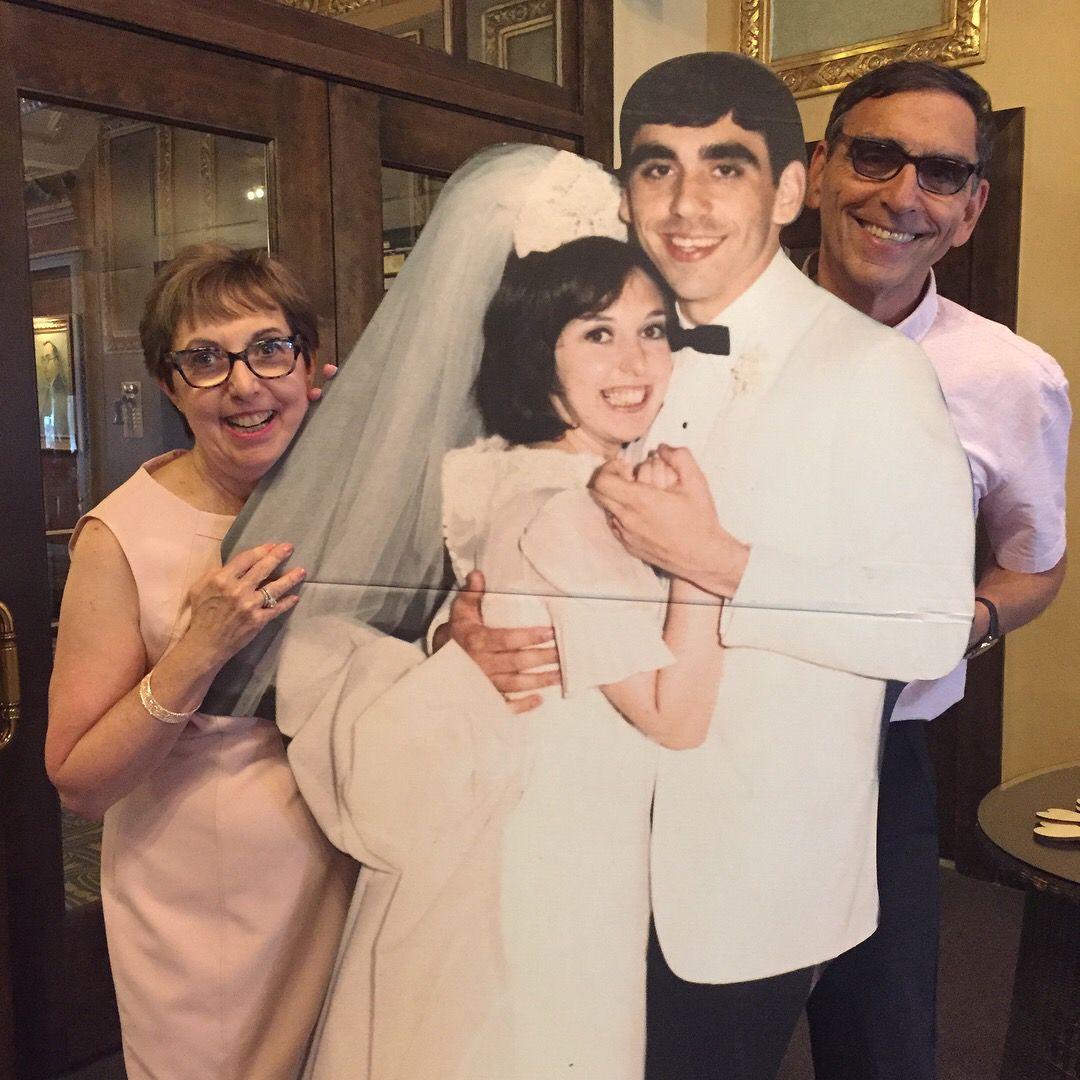 On Friday, March 22, 2019, former shrimper John Henry Middleton heads shrimp brought to the Wando Dock by Tarvin Seafood's Carolina Breeze trawler. Middleton has worked on — or out of — Shem Creek for more than 30 years. Wade Spees/Staff

Unlike me, my mother is captivated by jewelry. I have plenty of necklaces, but most of them were chosen off the discount rack at Target for their shape or size. My mother, on the other hand, remains perplexed by my never having gotten my ears pierced, since it seems like I’ve squandered a perfectly good place for gemstones.

So you wouldn’t expect my mother to throw an opal necklace in the trash. But that’s just what she did in 1971.

I realize this makes it sound as though my mother sauntered around in furs and breakfasted on caviar. In fact, at the time, my parents made their own clothes and ate Rice-A-Roni most nights. But she was wearing the necklace, a birthday gift from my father, on the night that smoked chubs almost killed her.

“We had people over and put that fish on the table,” my mother, Emily Miller, tells me. “I started wheezing. Really badly wheezing. I knew Dad had to take me to the ER right then. And before we went in, I said, ‘You know, I think I’m going to die,’ because I really couldn’t breathe at all. Then all these doctors descended upon me, so I thought, ‘That’s bad.’”

Extremely bad. After dosing her with adrenaline, the doctors confirmed her projected lifespan was down to a few minutes when she reached the hospital.

That was the last time my parents ever served fish. I was in high school before I tasted a tuna fish sandwich. Since my mother had neither sampled nor touched the fish that my father had picked up at a neighborhood deli, it was clear she couldn’t risk inhaling secondhand seafood fumes.

At least, that was her immediate assumption. She’d known since she was a little girl that she was allergic to fish and shellfish, but after the trauma of nearly losing her life to a party spread, she became increasingly vigilant. She asked waiters if there were anchovies in the spaghetti sauce. She asked hostesses to sit her farthest away from the shrimp cocktail section of Mother’s Day buffets.

Earlier this year, though, an allergist had a question for her: Was it possible she’d outgrown her allergy?

Grown-ups deal with food allergies, too

Adult food allergies are very poorly understood, in part because so much research time and money has been expended on interpreting the rising rates of childhood allergies, and figuring out how to treat them. But Ruchi Gupta, a Northwestern University professor and pediatrician, recently noticed that more adults were coming to her hospital with food allergy complaints.

Scientific literature is so silent on the topic of adult food allergies that Gupta had no idea whether the sudden uptick was representative of the national situation, or just an insignificant blip. So she and her colleagues designed a survey to determine the prevalence of food allergies in American adults.

“The results were surprising even to me,” she says.

According to the researchers’ findings, one in 10 adults has a “convincing food allergy,” meaning exposure to a food such as peanuts, crab, eggs or milk causes the sufferer to break out in hives, vomit, faint or wheeze (or, if they’re particularly unlucky, all of the above).

In about one-quarter of those cases, the allergy came on in adulthood. Researchers have no idea why. They’re investigating hormonal changes, gut bacteria and past illnesses as possible culprits.

But the number that got the most attention when the JAMA Network this January published the study was “19.” That’s the percentage of adults who believe they have a food allergy. The media seized on that figure as proof that people are making up allergies, perhaps in service of a goofy diet strategy or as a way to get out of eating a spice they don’t like.

Gupta allows, “That number is just massive.” But she doesn’t think her study shows that a startling proportion of Americans are liars. Instead, it suggests to her that people need to seek out proper diagnoses and counseling.

“See a physician and get tested,” she says. Without professional guidance, she explains, eaters who have adverse reactions to a 10-ingredient dish might conclude that they ought to avoid all 10 ingredients, even though only six of them are legitimately troublesome.

When that happens, Gupta says, “I feel so bad.”

As best as my mother can recall, she was first tested for allergies around 1950, after an alarming run-in with a fish on the kitchen counter of her family’s Brooklyn apartment. Then a toddler, she ran her hand over the silvery-white scales of a whole fish that her mother was preparing for supper.

“After that, I just happened to put my hand on my arm, and my whole arm swelled up, like a lot,” she says. “It wasn’t that pleasant of an experience.”

Once the test results came back, she turned down gefilte fish at her uncle’s house and bypassed herring at the Catskills resort where her grandparents vacationed. But years later, she took another allergy test because she wanted to start getting shots at the University of Michigan’s student clinic. The outcome was the same.

“They brought in a lot of residents because I had what they called a five-plus-plus reaction to fish,” she says, obviously proud of the severity.

She wasn’t tested again after that, although she continued to get shots and Epinephrine prescriptions, which is what she was doing at the allergist’s office in January. Making the standard exam room chatter, a new doctor asked whether she had vacation plans, so she started to tell him about her upcoming trip to Japan.

“Oh, the fish there is great!” he said, unnerving my mother. “Really great.”

“You are?” he said, reviewing her record. “Oh yes, I see you are. When was the last time you had an allergy test? You might have outgrown it.”

It seemed unlikely to my mother, but she consented to a skin prick test on a follow-up visit. She was accompanied by my father, who texted me photos of my mother’s marked-up back with running commentary. “No reactions on 1, 5-9 and 16,” he wrote. “This could be very exciting.”

In the end, she was extremely allergic to cod, and somewhat allergic to salmon and trout. But she had no reaction to clams, oysters, scallops, crab, lobster or shrimp, prompting the allergist to invite her back for a “food challenge,” which is considered the gold standard of allergy evaluations. She would return to the office with five cooked, unsauced shrimp to eat under supervision.

This struck me as an extraordinary opportunity.

When eaters travel, they find ingredients combined in ways they hadn’t previously imagined, and herbs that are only distantly related to what’s in their pantry at home. But to come across an entirely new food category is akin to discovering another planet. I still remember the thrill of that first tuna fish sandwich, and how exhilarating it was to buy a can of sardines after reading Light in August in eleventh-grade English. Until I peeled back its top, I had no concept of fish oil.

I decided to fly to Michigan to join my mother for the food challenge. My idea was she’d pass the test and we’d go on a shrimp spree, trying all of the dishes she’d been denied for 70 years.

Before my trip, I rang up a few Charleston area shrimp experts for advice. While the doctor had decreed that the challenge could only involve plain shrimp, I wanted to make sure her first shrimp meal outside of a clinical setting would showcase shrimp at their best.

Cindy Tarvin of Tarvin Seafood told me not to worry. “One thing I do know is people who have eaten shrimp over the years notice more of a difference when they eat wild-caught shrimp,” she said. In other words, my mother probably wouldn’t instantly emerge as a shellfish connoisseur, so my horror over her buying a plastic container of “cocktail shrimp cooked in shell” for the challenge was unwarranted.

Mike Lata suggested starting out with peel-and-eat shrimp, which is presented at The Ordinary with cognac cream sauce. “The cold snap of shrimp, I could eat it for hours,” he attested. “That gets me excited for your mom.”

Sean Mendes of Gillie’s Seafood & Soul couldn’t imagine going decades without shrimp, and agonized over how to introduce it to a shellfish rookie. “I’ve been addicted to it since I was a kid,” he said. “I like it lightly sautéed with olive oil over pasta. I like it in a Frogmore stew. I would take shrimp just about any way.”

Still, he thought my mother should try fried shrimp first.

“I’m excited for her,” he said. “It could be a wonderful experience. Or she could end up hooked to a machine.”

Ultimately, it wasn’t a wonderful experience. But she didn’t end up hooked to a machine either. My mother caught a mild virus just before the challenge, so the allergist called it off. It would muddle the results if she had a fever before the shrimp was served.

I was far more disappointed than my mother, who hasn’t rescheduled the test. She says she doesn’t ever plan to take it.

“It’s not like, ‘Oh, I’m liberated! I now can eat all these shellfish’,” she told me when I pressed her, still fantasizing about the day when our family would order shrimp lo mein for the table. “It’s not like I’m dying to have that experience. If I never eat shellfish for the rest of my life, I don’t care.”

Just like Gupta, “I feel so bad” when I learn that someone can’t eat this or that, especially when this is oysters and that’s crab. But even if a person’s immune system can change so fundamentally that once-fatal food becomes tolerable (and vice versa, as Gupta has documented), mindsets are frequently fixed. Mendes told me he sometimes has customers who confess they’ve developed a shrimp allergy, but still order shrimp anyhow.

“They suffer through it, because they just have to have it,” he says.

After a lifetime of stifling her culinary curiosities, my mother isn’t about to remake herself as an adventurous eater. Despite the excitement of all of the shrimp fans I consulted, she has zero interest in seeking out unfamiliar flavors. At least, she would never do so for the sake of pleasure. If her limitations had held back her family, she says, she might have rethought how to handle them.

“That would concern me if you felt you always had to worry about food, but I don’t think it affected you guys,” she says.

Since she’s reflected on it, though, she’s begun to wonder whether my interest in food stemmed from her chronic awareness of its power. “I always feel like, ‘Oh, it’s interesting Hanna got so interested in food,’ because we weren’t crazy about food, or what we ate. Maybe the fact that food allergies were a part of growing up here was a component.”

If that’s how it worked, thanks, Mom. Happy Mother’s Day.