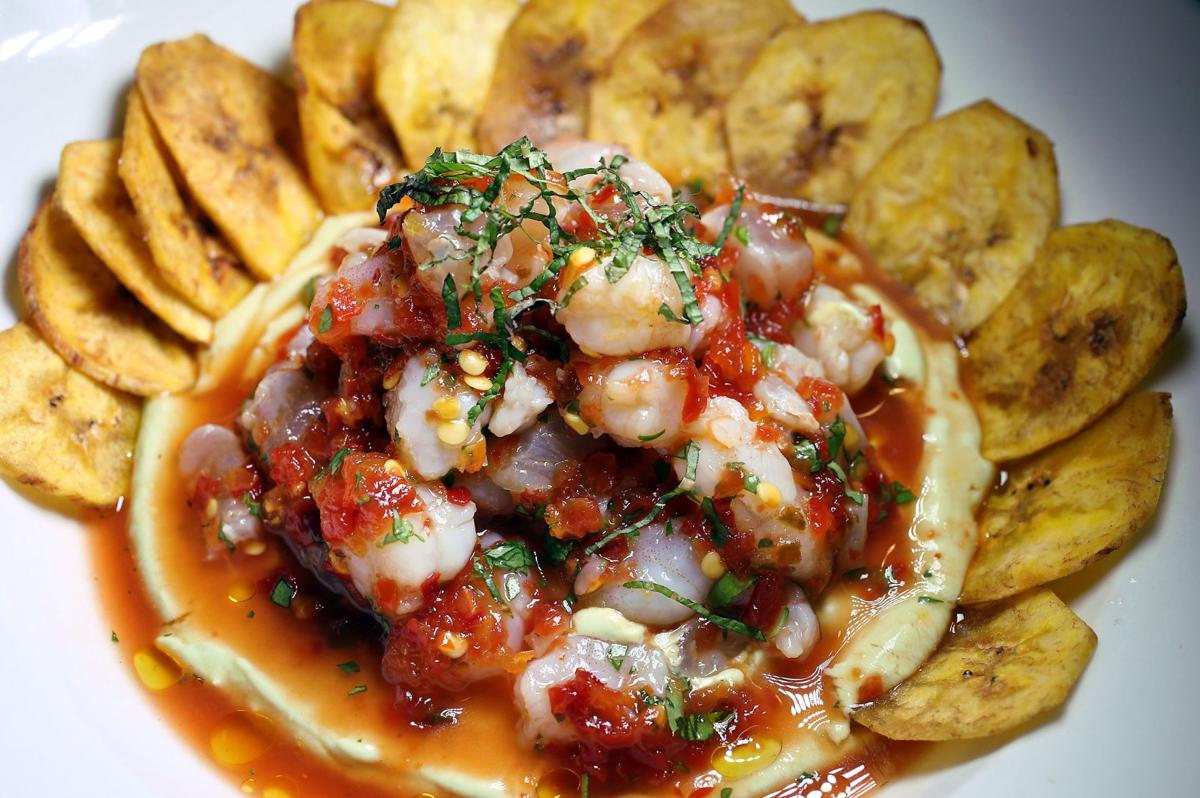 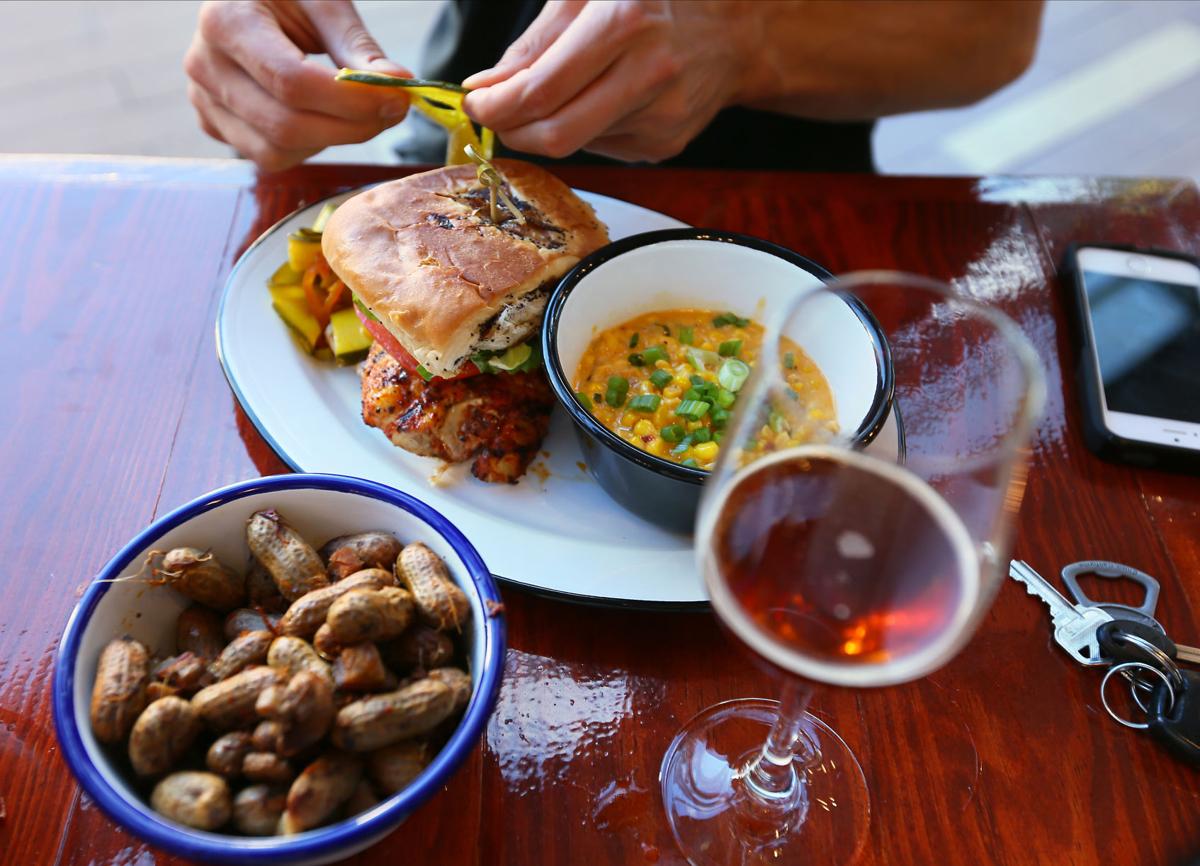 A blackened catfish sandwich — served with pickled peppers and a side of creamed corn — was on the menu at Edmund's Oast Brewing Co. in 2017. File/Wade Spees/Staff

A blackened catfish sandwich — served with pickled peppers and a side of creamed corn — was on the menu at Edmund's Oast Brewing Co. in 2017. File/Wade Spees/Staff

Q: Do you keep a scorecard on how restaurants do after your reviews? I first corresponded with you during your brouhaha over that misbegotten Stereo 8 which limped along longer than they claimed they would after you "destroyed jobs and lives." How have other restaurants you reviewed done over the years?

A: One of the great powers in a critic’s arsenal is the ability to send customers to a worthy restaurant they never before considered. I was thrilled a few weeks back to get a tweet from Asanka Kitchen in Columbia reporting that a busload of 52 Charlestonians showed up at the Ghanaian restaurant after reading my write-up on postandcourier.com.

It’s not a superpower, unfortunately. Every restaurant critic can reel off a list of now-defunct places they championed on every web page, social media account and email newsletter for which they held a password.

I’ve heard all of the above factors cited by restaurant owners forced to close up shop. But I’ve yet to hear a restaurateur blame his or her failure on a single negative review. In fact, while there's only anecdotal evidence on this score, it's not uncommon for customer traffic to pick up following a pan, in part because rubberneckers want to get a first-hand look at the reported disaster.

And that’s hardly a local phenomenon. The New York Times’ critic, Pete Wells, who has more sway than any other restaurant reviewer in the country, famously took down Per Se; owner Thomas Keller called the assessment “devastating.” Three years later, the place is doing just fine.

Perhaps counter-intuitively, positive reviews can do more damage, since small, new restaurants aren’t always ready for the traffic they incite. That was the premise of Kevin Alexander’s recent Thrillist essay “I Found the Best Burger Place in America. And Then I Killed It.” The piece immediately went viral, and then was almost as swiftly condemned for overlooking the burger joint owner’s criminal past. He’d been convicted for trying to strangle his then-wife.

Those are the kind of facts which can derail a journalist’s career and really mess with a restaurateur’s success.

Facts can be fatal. Opinions only wound.

And there’s no question that those wounds hurt. Every restaurant owner would rather deal with a busload of new customers than a boatload of cancelled reservations. But generally, what does in a restaurant — beyond the external circumstances noted earlier — is lousy food or inept service, both of which are hard to keep secret.

A critic doesn’t produce bad food or service by publicizing it. If the shrimp served to a critic is consistently rubbery, other guests are getting mistreated seafood, too. That’s a fact.

It’s a critic’s job to accurately describe a restaurant so potential patrons can knowledgeably decide if they want to go there. Readers can do as they choose with the accompanying opinions. I strive to be so reliable in my reporting that a reader can be sure they’ll love a restaurant because I hated it, or vice versa.

For instance, I tend to object to restaurants which were obviously created just to make money, rather than express a worldview or honor the Lowcountry’s bounty. But guess what? Those restaurants make money.

I don’t keep a scorecard. But at your request, I went back through the archives to find the rare one-star reviews. There were five in the last three years: Wiki Wiki Sandbar, Tradd’s, Edmund’s Oast Brewing, The Granary and Pawpaw. It’s too early to tell what will become of Wiki Wiki and Tradd’s. But Edmund’s Oast Brewing and Pawpaw are both going strong. The Granary closed on Dec. 31, nearly two years after I reviewed it.

Did I somehow hasten its demise? And should I have refrained from writing about it if I thought I might? I’d say no on both counts. I’ve already explained the former, but on the latter, it’s worth pointing out that my obligation is not to a restaurant’s investors, but to the people who might spend their hard-earned money there.

(I’m not sympathetic to the argument that a bad review upsets low-wage workers’ livelihoods, since food-and-beverage employees have their pick of jobs here. The Charleston Area Convention and Visitors Bureau has created an entire division dedicated to correcting the supply-and-demand imbalance on the restaurant staffing front. The good folks there would happily provide a list of openings to any employee who feels stuck at a restaurant that hasn’t garnered critical acclaim.)

To be clear, I am in no way disappointed by my inability to kill off restaurants with my keyboard. I don’t want restaurants to close, I want them to get better. My fear is that as more restaurant owners siphon off a limited talented pool, that might not happen. But what that means for their futures is up to you and your fellow diners to decide.