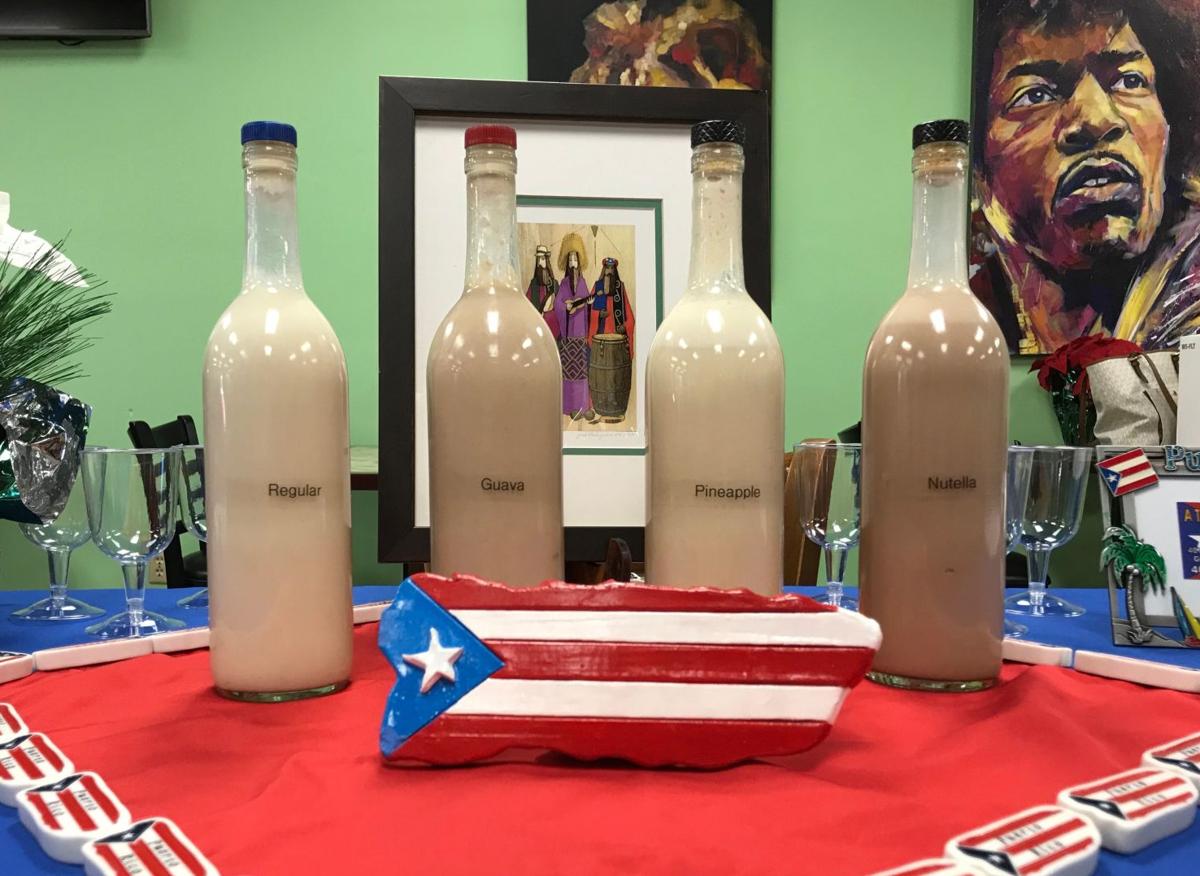 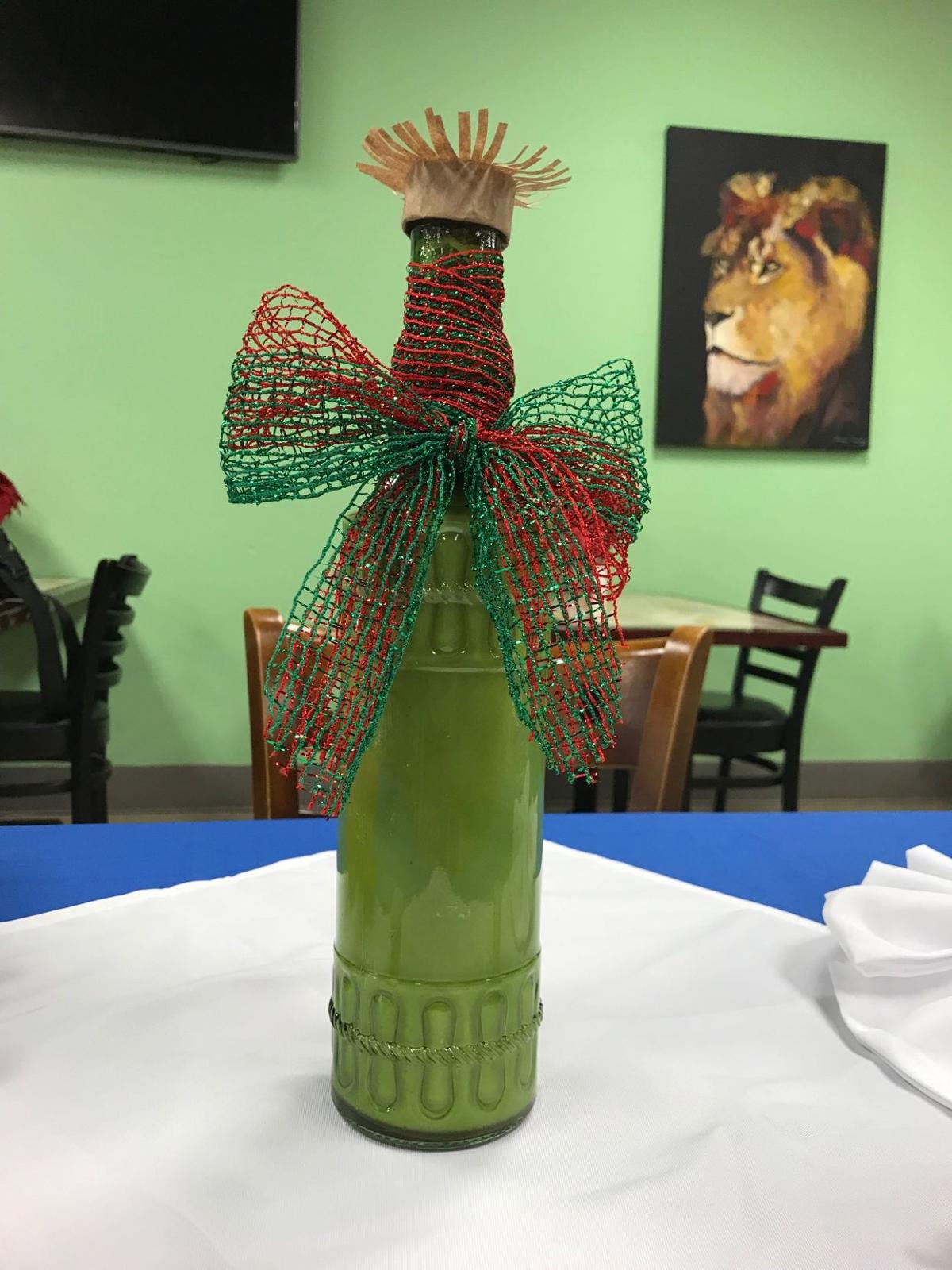 Carmen Soto, of Puerto Rican Temptations, would sell this 30oz bottle of coquito for $20. Dave Infante/Staff 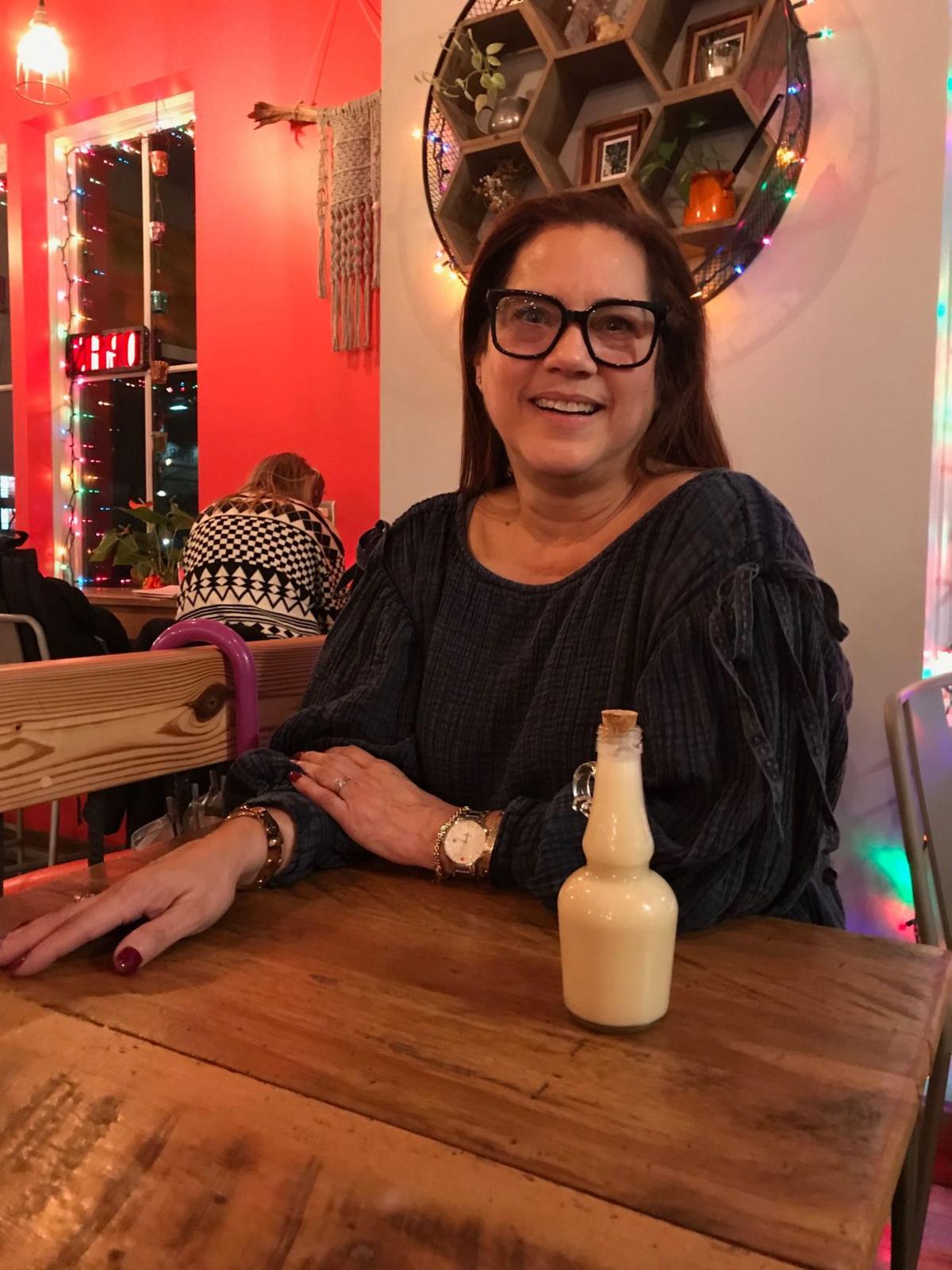 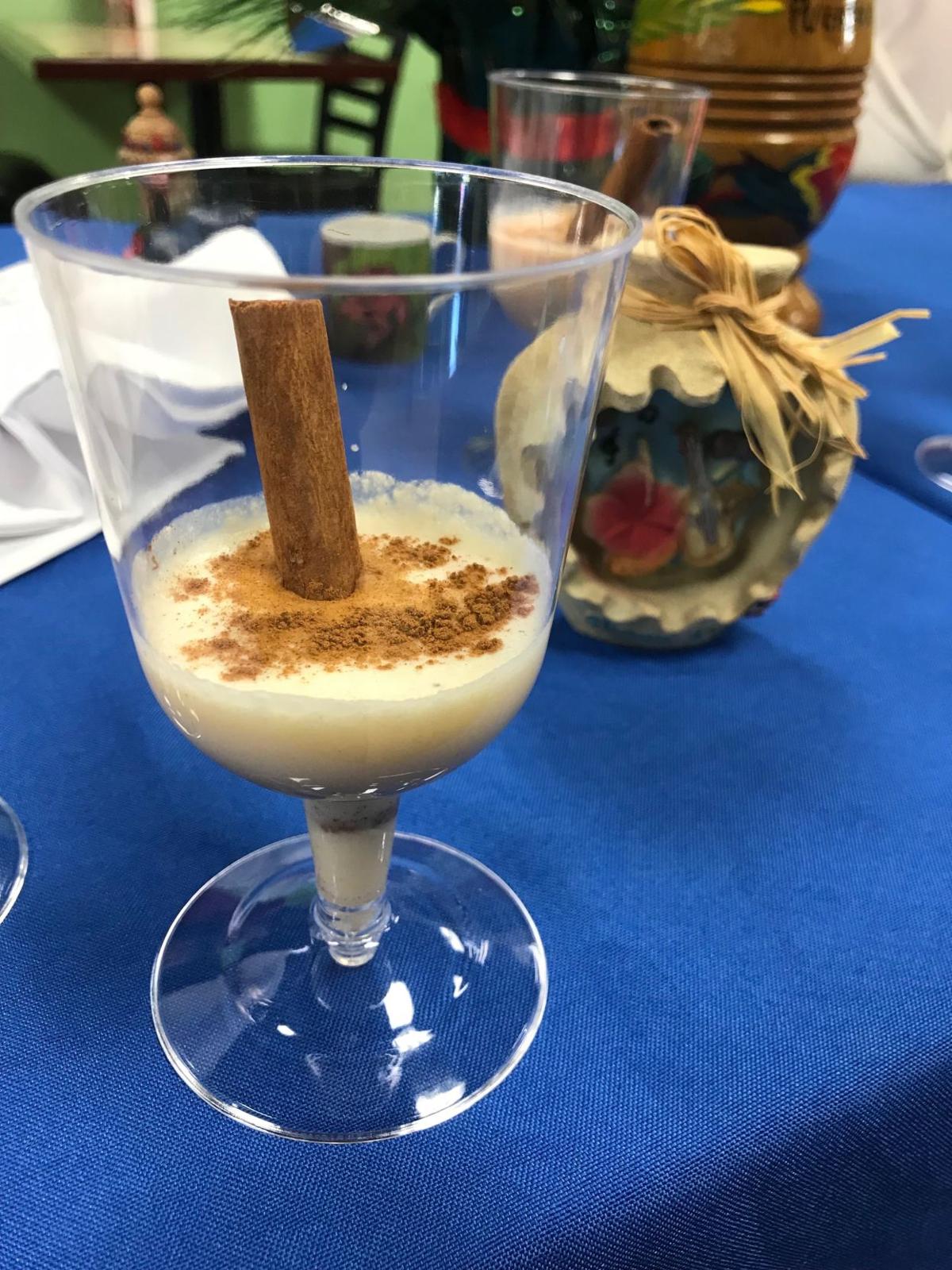 Colon's traditional coquito, spiced with a tea of cloves, star anise, and cinnamon and served with a cinnamon stick. Dave Infante/Staff 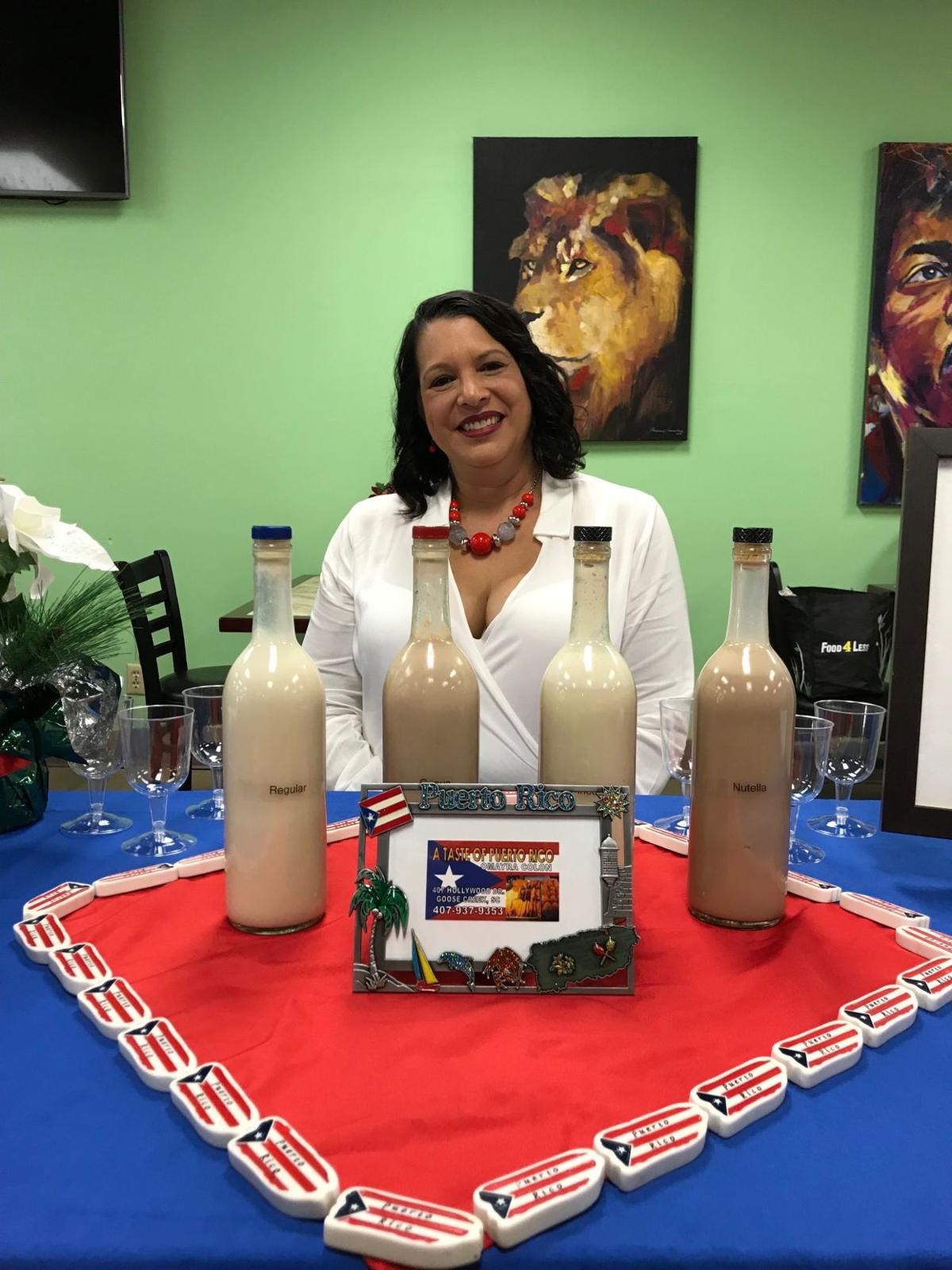 Omayra Colon, of A Taste Of Puerto Rico, with four flavors of her coquito. Dave Infante/Staff 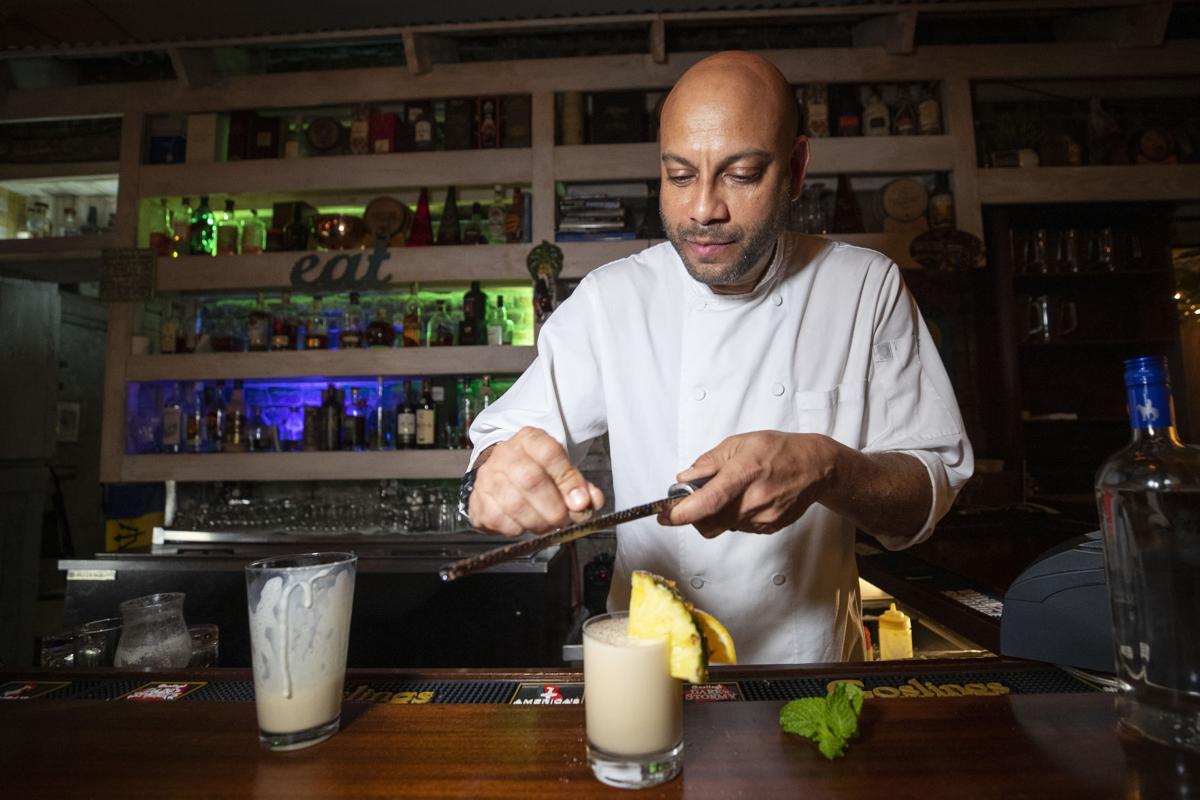 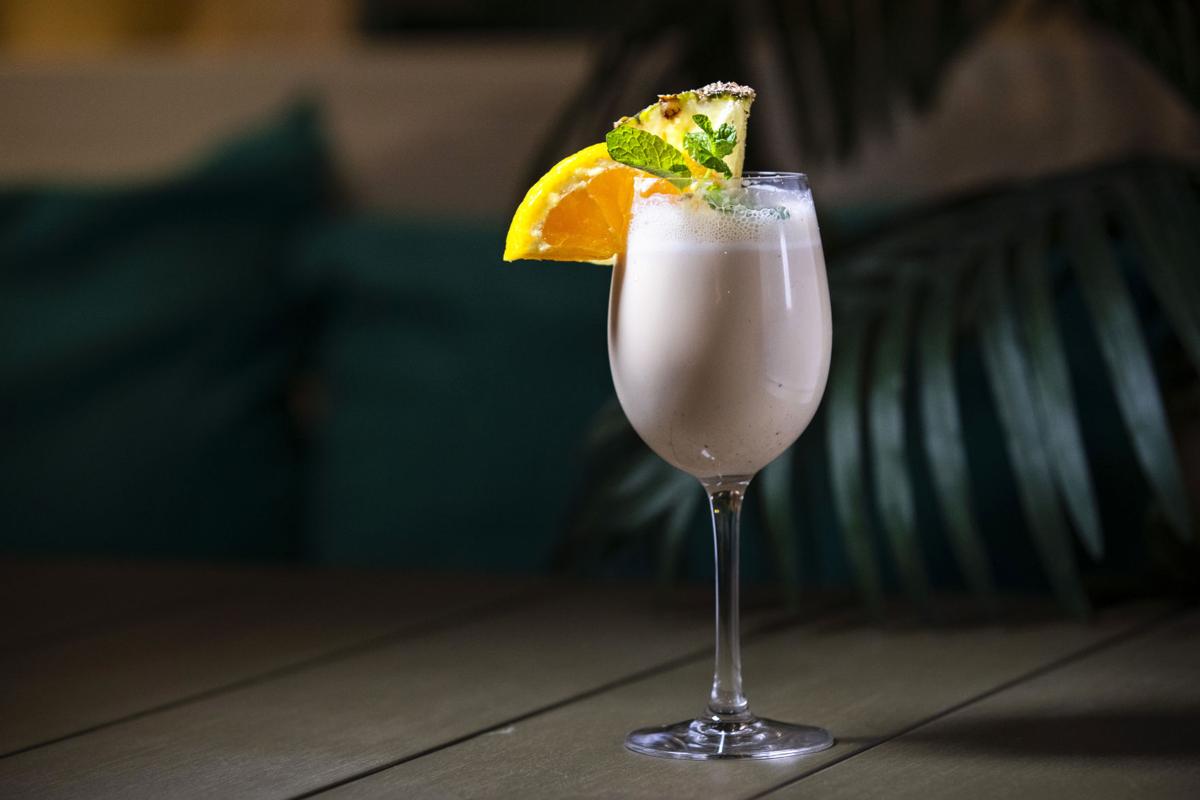 Based on a Puerto Rican rum company's recipe, Cane Rhum Bar's coquito is much different than the homemade stuff. Lauren Petracca/Staff

Based on a Puerto Rican rum company's recipe, Cane Rhum Bar's coquito is much different than the homemade stuff. Lauren Petracca/Staff

For my Christmas column, in lieu of another eggnog ranking or spiced-beer listicle, I decided to track down Puerto Rico’s silky-smooth, coconut-based counterpoint to the viscous Christmas caucasity of eggnog.

I picked a dumb point in my career to embark on this quest. After all, I moved to Charleston from New York City where more Puerto Ricans live than anywhere else in the country. There simply aren’t that many puertorriqueños in the Lowcountry.

Still, there are some, and as a NYC Puerto Rican pal assured me, where there are Boricua, there is coquito. Turns out, she was right. You can find the rich, boozy Christmastime beverage all over the Charleston area … but only if you know where to look.

First: what is (and isn’t) coquito?

Many cultures have distinctive holiday drinking habits, and coquito is Puerto Rico’s. The beverage is a simple, fluid mixture of milks (condensed, evaporated, and coconut), a coconut cream like Coco López, spices and white rum. Everything is blended together, then bottled and tucked in the refrigerator until the next party.

Looking to get in the holiday 'spirits'? Here are Charleston's 12 cocktails of Christmas.

Coquito is as much a cultural symbol as it is a beverage, but there’s one thing it most certainly is not, according to pretty much every Puerto Rican I spoke with. "Coquito is NOT 'Puerto Rican Eggnog!'" emphasized Tanya Altagracia, president of the Puerto Rico Cultural Society of South Carolina. “Both have a ton of cream and dairy, but there is no egg in coquito and no coconut in eggnog.”

Confusingly, some coquito recipes do call for eggs, and you can find nondairy eggnogs that rely on coconut milk. But the underlying point is that despite the resemblance, coquito is not a spin-off of the Anglo-centric nog narrative you know.

There are other differences. Unlike eggnog, which people age for days, months, or even years, coquito is best enjoyed fresh. It’s usually served in small shot glasses rather than mugs.

“It's not like a mass-produced thing that you would buy in the grocery store," said Julie Vazquez, a Puerto Rican woman who makes her own coquito in Goose Creek. Though Bacardi has recently taken a stab at selling canned coquito in select markets, she said, "it's more of a homemade thing."

Finding the 'Lost Ark' in the Lowcountry

This made procuring myself a bottle a bit tricky. One cannot just stroll into Harris Teeter or one of Charleston's dive bars and order coquito. "(Y)ou are in the search for the Lost Ark,” Altagracia warned me. “Unfortunately, coquito is not sold in any restaurants or bars I know of in Charleston.”

This was not entirely true. Cane Rhum Bar on East Bay Street in downtown Charleston was serving coquito this year. So, on a Wednesday in mid-December, I met Altagracia there to try their coquito.

When a full-sized drink came out in a stemmed wine glass, Altagracia was visibly distraught. Between the serving size, the mint leaf sprig and the pineapple wedge on the rim, she had seen enough. "This is not really coquito," she said.

In fairness to owner Paul Yellin, who hails from Barbados, the coquito version Cane served this year was created according to a recipe provided by Don Q, a popular Puerto Rican rum brand.

He showed it to Altagracia, who also works as a community relations manager for the Charleston Hispanic Association and is a council member of the city of Charleston's Latino Advisory Council, but she wasn’t satisfied.

So, to make sure I got my hands on coquito made in the traditional way (at home, according to recipes passed down from one generation of Puerto Ricans to the next), Altagracia put out an all-points-bulletin on her organization’s Facebook page.

It was through Altagracia’s post that I found Vazquez who has been making a coquito recipe that’s been in her family for generations. “My mom and my dad, my grandparents and their parents would all make it,” she told me on the phone. (Their recipe calls for egg, by the way.) She does a gallon around Thanksgiving and another for the Christmas season.

Then there was Mary Hernandez, a Cuban-American living in Summerville who married into a Puerto Rican family and, thus, the island’s boozy “little coconut” Christmas tradition. She’s taken over the coquito-making duties in the household, selling bottles of it to friends and regulars at the food truck she runs with her husband, Sabor CubaRican. A 30 oz. bottle is $20 and she's on pace to have her best sales season by the time Puerto Rican Christmas is through. (Unlike everyone else's Christmas, theirs winds down in late January.)

Like Hernandez, Malagie Rodriguez-Lugo has also been making coquito for a decade based on a family recipe. Rodriguez-Lugo and her husband Carlos are both from Puerto Rico originally but now live in Mount Pleasant. No sooner had I sat down to meet them at a coffee shop the week before Christmas than Malagie reached into her bag, pulled out a small bottle with a cork top and slid it across the table to me.

There it was: homemade coquito, the real deal. The bottle was ornamental and much less than 30 oz. This, Altagracia would later explain, was the type of vessel Puerto Ricans use when gifting coquito to one another, rather than selling it.

“I make four to five liters per batch starting with Thanksgiving Day,” said Rodriguez-Lugo. She makes batches continually, because unlike eggnog, which appears in the couple weeks before Christmas then quickly vanishes, coquito is a fixture at Puerto Rican parties from late November through mid-January's Octavitas celebration, at least. “Puerto Ricans party 24/7,” she said.

This is not much of an exaggeration. As Magalie and I talked through the logistics of concocting her coquito (like most practitioners I spoke with, she does not use egg), Carlos interjected to tell me about “parrandas," a Puerto Rican tradition of roving, late-night caroling bashes. Coquito, built on a high-proof rum base spirit, plays a crucial role.

“If we go and visit you at two o'clock in the morning, you had better be prepared with coquito even though it’s supposed to be a surprise,” he said. On his phone, he showed me a video of a parranda in the Orlando area (a rapidly growing Puerto Rican hotbed), where he and Magalie lived many Chrismases ago. Dozens of men and women, presumably full of coquito, played brass horns and banged hand drums in the night.

Though Magalie and Carlos haven’t attended a parranda like that here in Charleston, Altagracia assured me that Puerto Ricans are indeed throwing the parties in the Lowcountry. But it's challenging, because the city is much smaller than places like NYC and Orlando, much less dense, and not nearly as familiar with puertorriqueño holiday practices.

A caravan of Puerto Rican Charlestonians festively roving around town had even attracted a visit from the police one year, Altagracia told me.

"It's harder to keep the tradition here,” she said.

Altagracia had a parranda scheduled for for this year,but I was leaving town for a boring, coquito-free, non-Puerto Rican Christmas in New Jersey and would have to miss it.

Charleston's most interesting Christmas? There are so many to choose from

So in lieu of a midnight party, I met Altagracia, along with Omayra Colon and Carmen Soto for an afternoon coquito tasting at Rincon Dominicano, a Dominican restaurant in a North Charleston strip mall. (According to these women, and my own Googling, the area lacks an out-and-out Puerto Rican eatery, so Boricua use Rincon as a gathering place.)

Both Colon and Soto run Puerto Rican home kitchens (A Taste Of Puerto Rico and Puerto Rican Temptations, respectively), and both make coquito. Colon brought four varietals of the stuff: regular, Nutella, pineapple and guava. Since Thanksgiving, she's sold over 50 bottles at $20 apiece.

These coquitos, like Rodriguez-Lugo's, were much stiffer than the stuff I'd had at Cane. Colon's Nutella version wrapped the white rum in a silky hazelnut package; the pineapple flavor, which she'd made for the first time, was fruity and boozy and spectacular. The Don Q in Soto's traditional blend punched fiercely through the cream.

As we drank, I asked the women what their strongest memories tied to coquito were. The responses were quick and definitive.

"We still struggle with missing our families," said Altagracia, who moved to Charleston from the island over a decade ago.

"All the time," added Soto, who also grew up in Puerto Rico and only moved to Charleston last year. In the corner of Rincon Dominicano, her son fidgeted around the billiards table.

Does the coquito help?, I asked her.

"Not really," she admitted. Much better to be home for Christmas. But this year, at least, coquito in the Lowcountry would have to do.