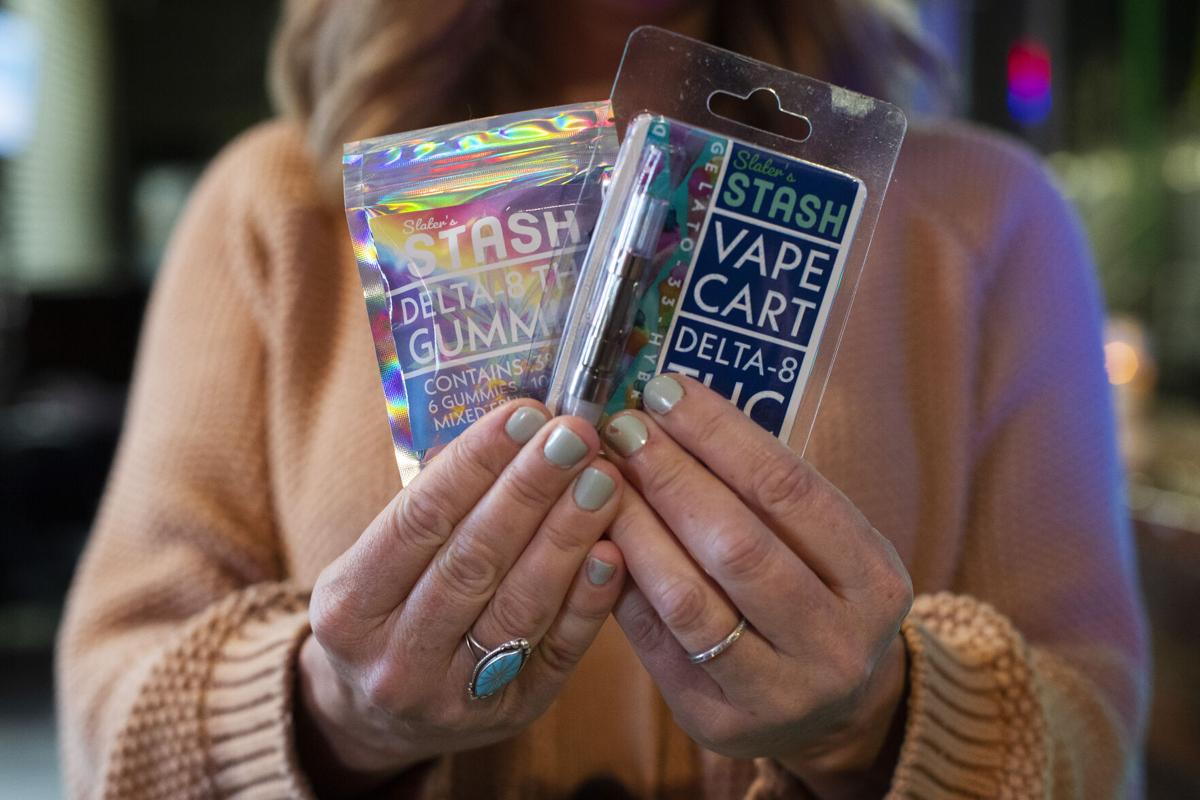 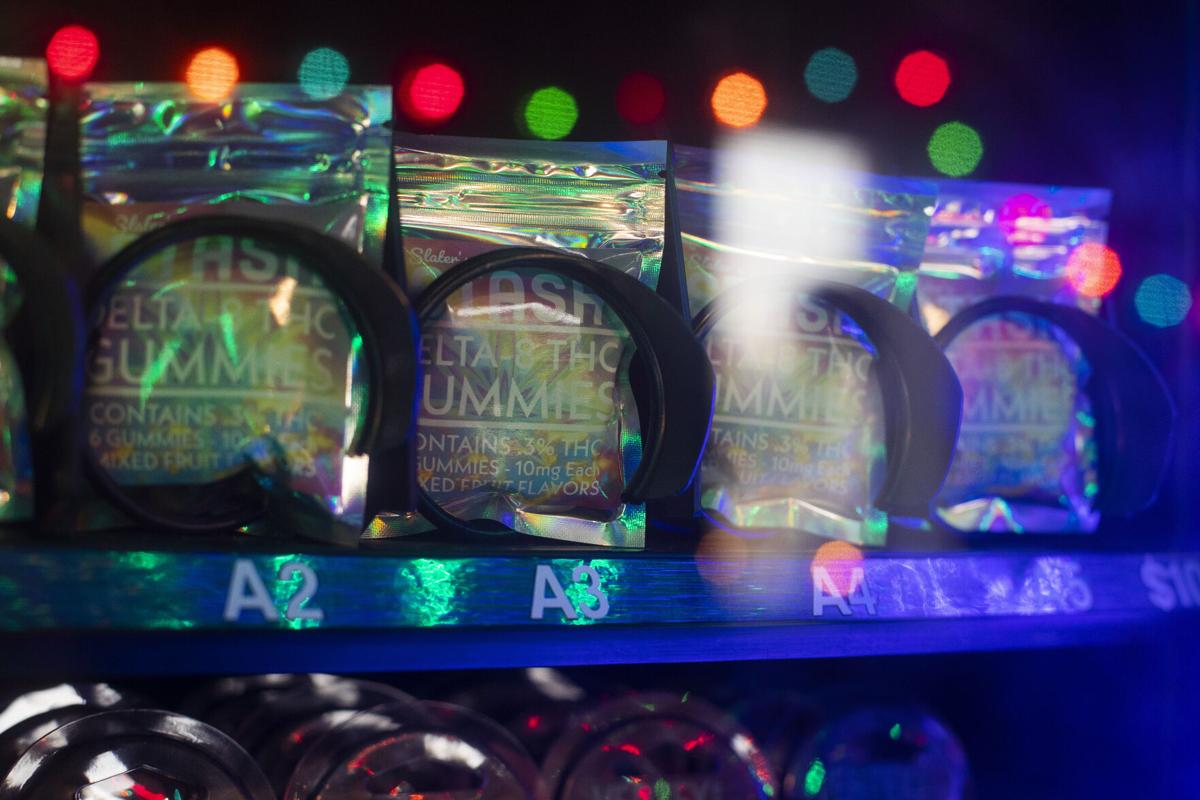 Bags of Slater’s Stash Delta-8 THC gummies are available for purchase in a vending machine at Fatty’s Beer Works in Charleston on Wednesday, Feb. 17, 2021. Lauren Petracca/Staff 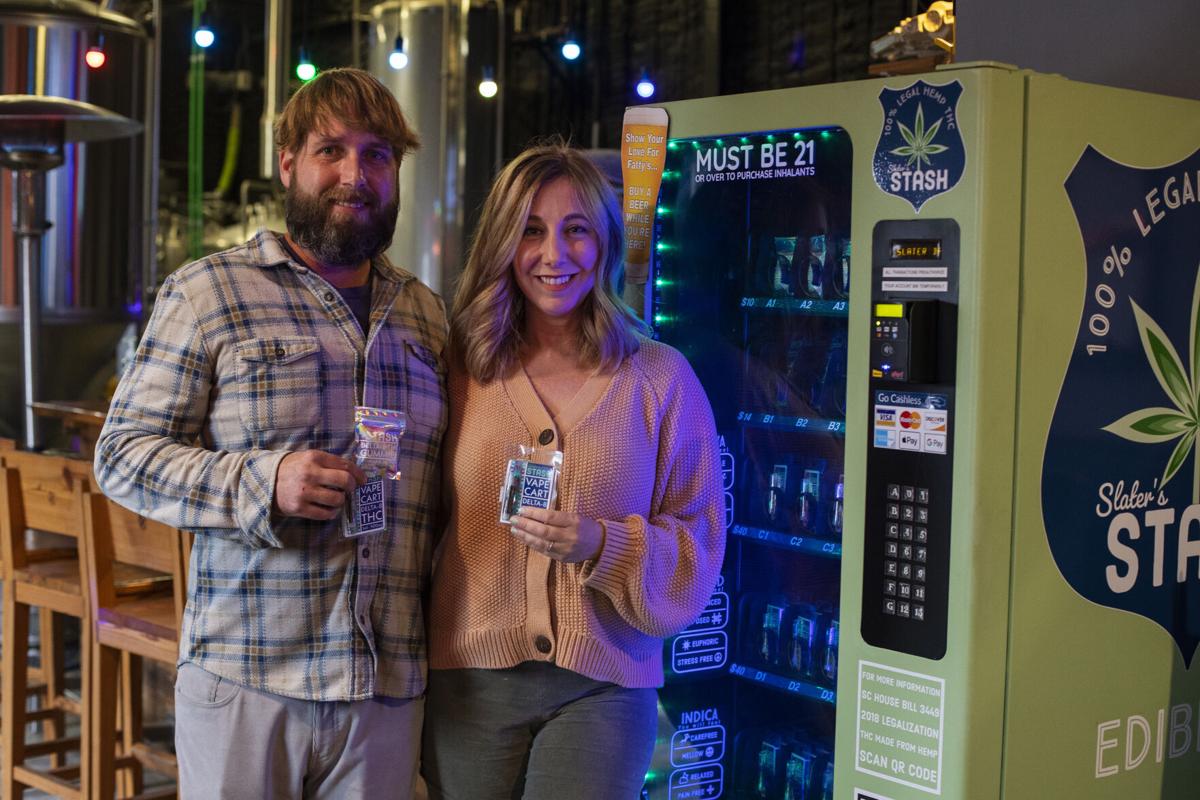 Drew and Leila Slater, owners of Slater’s Stash, pose for a portrait near one of their vending machines that distributes Delta-8 THC products at Fatty’s Beer Works in Charleston on Wednesday, Feb. 17, 2021. The product, which is derived from the hemp plant, is also known as “weed light” and contains .3 percent THC, making it legal. Lauren Petracca/Staff 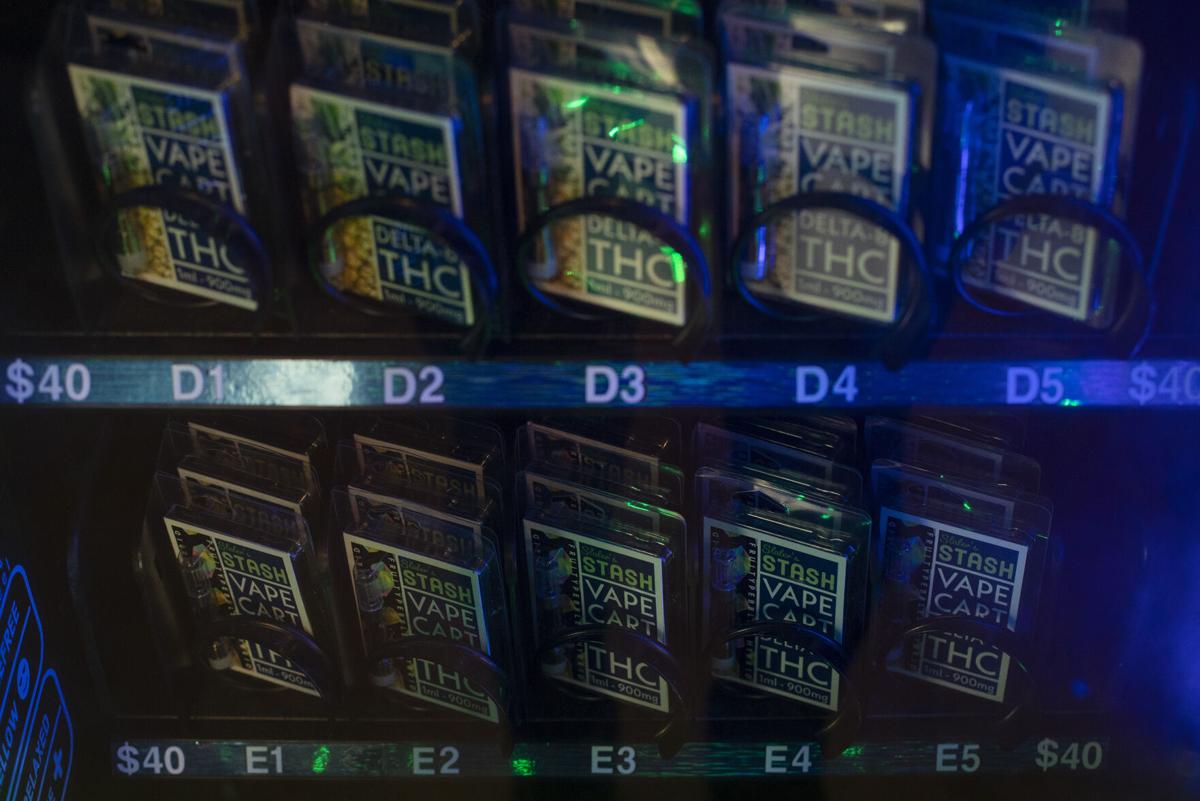 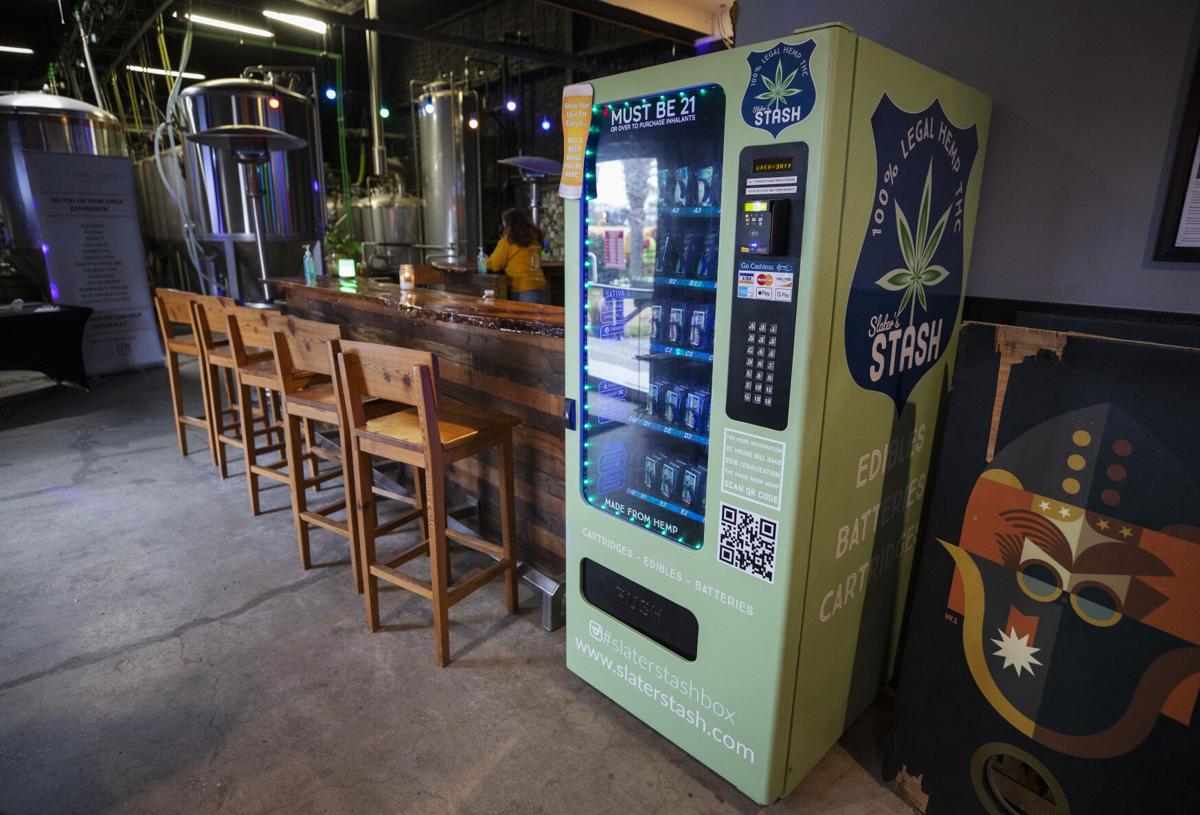 As the legal battle for cannabis in South Carolina rages on, with medicinal marijuana advocates hoping for a 2021 victory, one strain of less potent THC has state approval and can now be found in a vending machine at Fatty's Beer Works on Meeting Street in Charleston.

The local brewery that experimented with CBD oil in beer in 2018 before the project was shut down by the Food and Drug Administration, since it's still unlawful to mix CBD with certain food and drinks, has now welcomed legal Delta-8 THC gummies and oil and vape cartridges. They are in a machine, installed for free at the brewery, that is being stocked by Mount Pleasant married couple Drew and Leila Slater. The Slaters then profit off the sales.

Delta-8 shares almost all the same chemical characteristics as Delta-9, the best-known psychoactive ingredient in marijuana, but the THC content is under 0.3 percent, the legal limit in South Carolina. That's compared to 2.1 to 3.5 percent THC content in Delta-9.

"It's completely within the legal realm, but nobody's really aware of it," Drew Slater said.  "It's kind of like lightweight, so to speak. It gets you high, but it's much more mellow. You can focus better, you're not knocked out, and the best thing about it is it doesn't produce any anxiety."

The Slaters turned to Delta-8 after their lemonade business was forced to pivot when COVID-19 hit. They ran Poppy's Lemonade, a popular stand at local farmers markets, festivals and events that used freshly squeezed lemon juice to serve thirsty patrons.

Leila Slater, who has been an advocate of hemp and its beneficial health qualities for years, one day at the beach threw out the idea of a THC vending machine. Though the idea has been somewhat utilized in marijuana-legalized states like Colorado, those machines are much more high-tech than the traditional repository the Slaters were looking to reupholster.

The couple came across a bright red 1990s Lance Vending Machine and, with a little TLC, turned it into their ideal receptacle for THC. In their driveway they spray painted the machine green, decked it out with green interior lights and tagged it with their social media handle and a QR code to learn more about South Carolina's hemp laws. Thus, Slater's Stash was born.

Fatty's Beer Works owner David McLain said he was skeptical before discovering the products fell within the state's legal parameters. From there on, he was all on board, the first brewery to install the machine in January. As of now, it's still the only machine of its kind found locally, though the Slaters have two more machines ready to go.

"We like to be innovators, the first to bring something to the market," said McLain. "We also want to open everyone’s eyes to the possibility of this product being able to help you."

McLain's legal concerns were lifted when a SLED agent visited and confirmed the product's legality. Though he isn't actively pushing for cannabis legislation, McLain said he does believe in the products. His customers have said they help with sleep, anxiety and more.

"I've had tons of repeat business," he said. "It must be working somehow, or people wouldn’t be coming back in and spending more money like they're doing. There are people who come in every day and go to the vending machine and buy a beer or two while they're here."

Similar to CBD, the THC compound that is legal in most states has been cited for its pain-relieving, anti-nausea, anxiety-reducing and appetite-inducing medicinal properties.

Those claims have not yet been verified by the FDA, but the Agricultural Improvement Act of 2018 made Delta-8 THC legal on a federal level, while South Carolina House Bill 3449 in 2019 did the same for the state. The hemp for the vending machine's THC products is grown in Oregon, processed in Tennessee and now sold in South Carolina.

Part of the Slaters' mission is to spread awareness and create accessibility to these products.

"You can walk right in and get it," Drew Slater said. "You don't have the anxiety or fear that might come with going into a head or vape shop."

The prices are also accessible, between $10 for a pack of six gummies and $40 for a flavored vape cartridge. The Slaters have already been back to the brewery for several stock refills, just over one month in.

When festivals are back, their lemonade stand will be, too. But in the meantime, there's Delta-8.