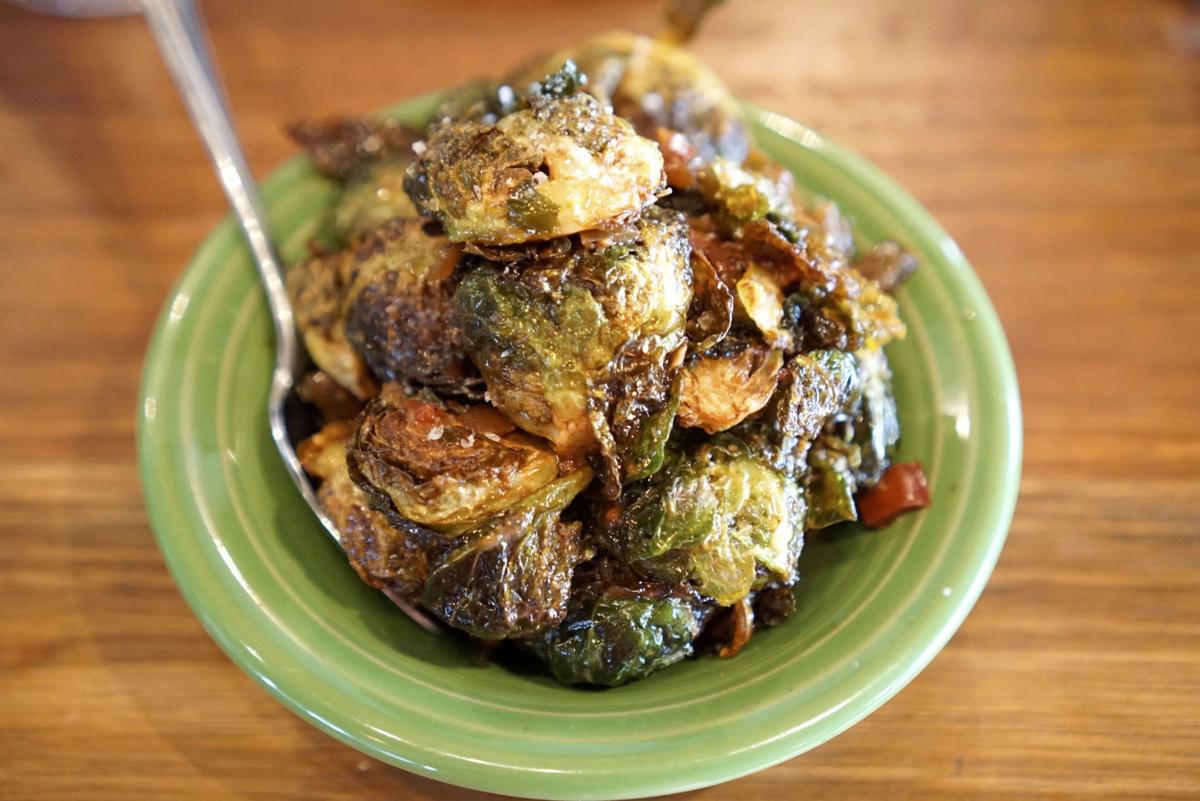 The Brussels sprouts at Leon's get an extra kick with piperade and vinegar. Staff/Stephanie Barna 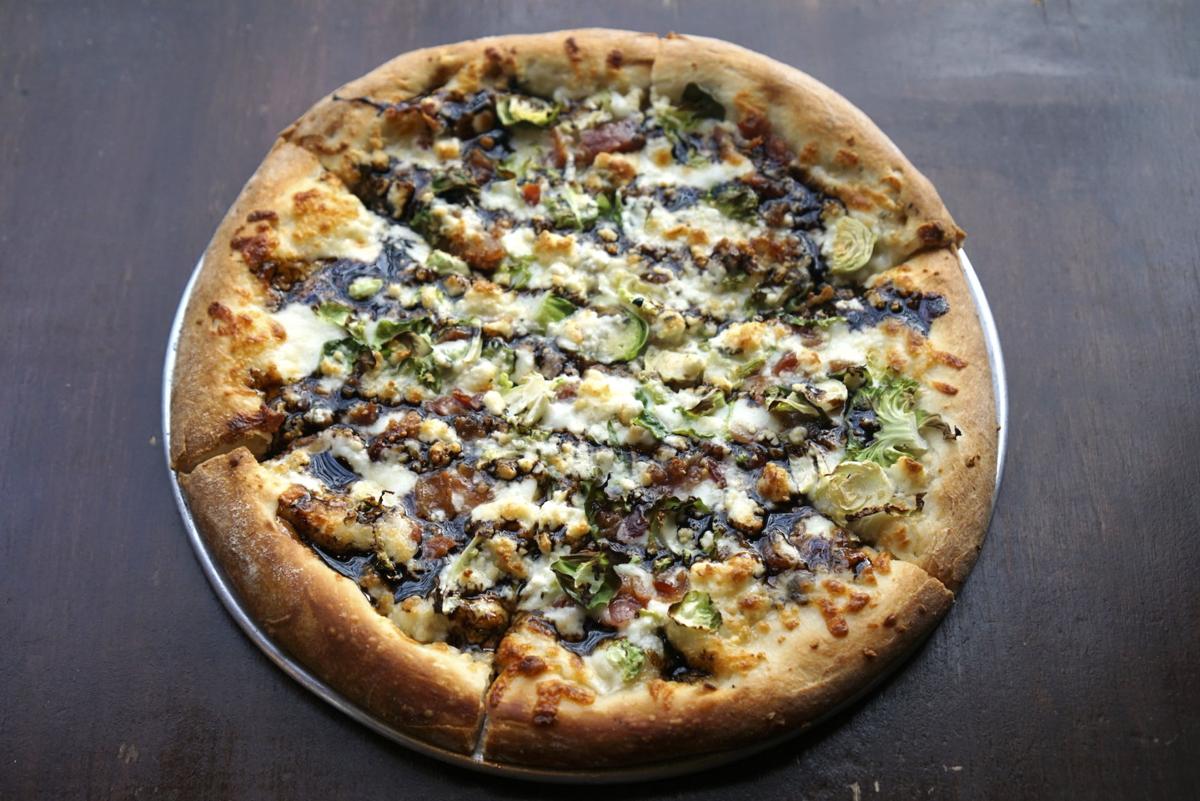 The Brussels sprouts at Leon's get an extra kick with piperade and vinegar. Staff/Stephanie Barna

Brussels sprouts, once an underdog of a vegetable, have become a fixture on menus thanks to their versatility and availability. You can also thank David Chang for spurring this vegetable's transformation from reviled to beloved.

While Chang certainly wasn’t the first chef to put Brussels sprouts on a menu, he was most likely the first to serve them with a pureed kimchi sauce. In his cookbook "Momofuku," he relates how he took Brussels sprouts on as a challenge after encountering them at the farmers market. What could he do to them that would be different and tasty? He discovered that roasting them and adding kimchi and bacon made them irresistible.

These days, it’s hard to remember a time that Brussels sprouts weren’t a staple on restaurant menus. You can find them everywhere from barbecue joints to pizza places.

Unfortunately for locavores, Brussels sprouts are not a viable local crop. Sara Clow of GrowFood Carolina says it’s tough to grow them here. "Why? Because they take a long time, about 110 days, and won’t survive our summers. Here we aim for a winter crop, plant early fall once the soil temp is low enough for germination, but often the pest pressure in the fall is really high and they get eaten up before they mature.”

Brian Wheat, director of sustainable agriculture at Lowcountry Local First, says some farmers in the area might grow a small amount but many have given up on them. "I wish we had more,” he says, "but Brussels sprouts are tough down here.”

While they may not be local, Brussels sprouts are available year-round and are well-loved by customers. On the hunt for the green vegetable on menus around town, I found them to be sold out more often than not.

Gathering Cafe in West Ashley features Brussels sprouts as an option in their build-your-own bowls, and I looked forward to trying them since they were roasted and served with grapes, Greek yogurt and fig jam. Unfortunately they were out when I visited (but the light Cobb salad was a treat in itself). Same thing happened at Home Team BBQ downtown, which featured a special the day I visited that treated the sprouts to a wing-style preparation with hot sauce and blue cheese.

But when it comes to Brussels sprouts, they're pretty hard to mess up. The worst thing you can do to them is overcook them, which releases a sulphur-like smell

Alec Bradford of Herd Provisions says the Brussels sprouts dish on his food truck quickly became a favorite, almost as popular as the Herd Burger. Fried crispy and dressed in a sticky shoyu garlic sauce, these take a page out of Chang’s Asian-flavored cookbook and might be a better foil to a burger than french fries.

Take some Brussels sprouts, roast them until they’ve got some nice brown bits on them, shred them up and put them on a corn tortilla. It may sound strange, but the Brussels sprout taco makes for a tasty counterpoint to meatier options. A thin slice or two of crispy apple and a spicy salsa macha bring it all together for a tasty bite.

Leon’s puts out a pretty simple preparation that gets put over the top with the addition of piperade, a rich stew of peppers and tomatoes that marries nicely with the earthy flavors of the fried Brussels sprouts. A dash of vinegar adds a bright note to the proceedings.

I wouldn’t normally order a pizza with Brussels sprouts on it, but when it’s named the Kurt Brussel, it’s hard to resist. The pie at Park Circle Pizza is an olive oil base with sprouts, mozzarella, blue cheese and bacon laced with a generous amount of honey-balsamic glaze. Not your typical pizza, but it does right by the Brussels sprout, providing a nice combination of flavors.