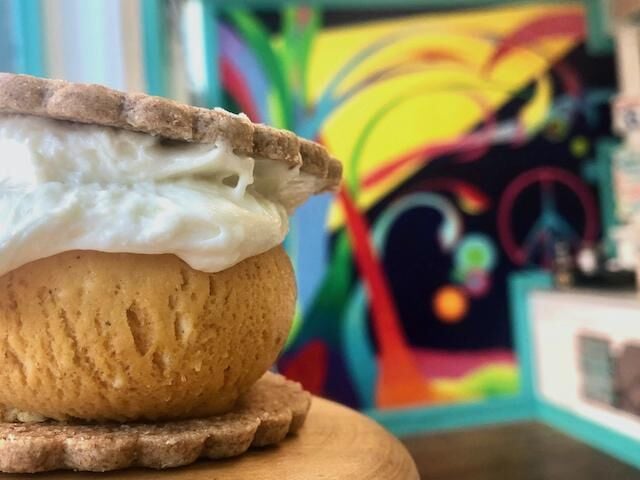 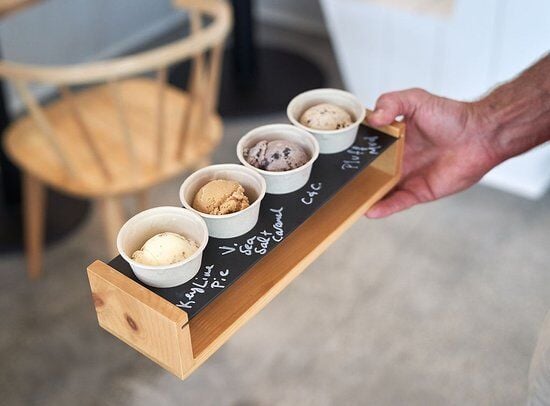 Can't decide what flavor to choose? Why not try a variety of picks with an ice cream flight at Off Track? Off Track/Provided 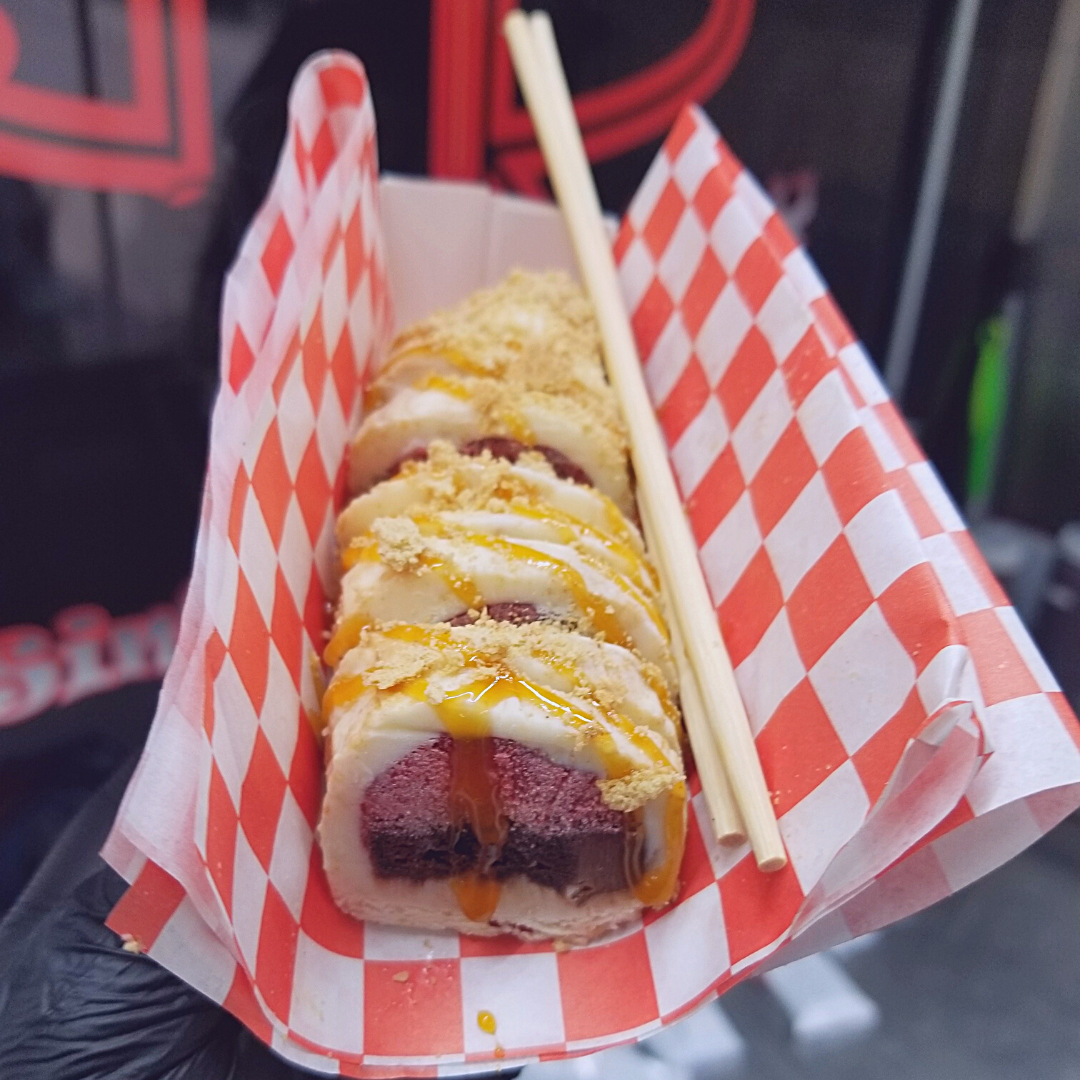 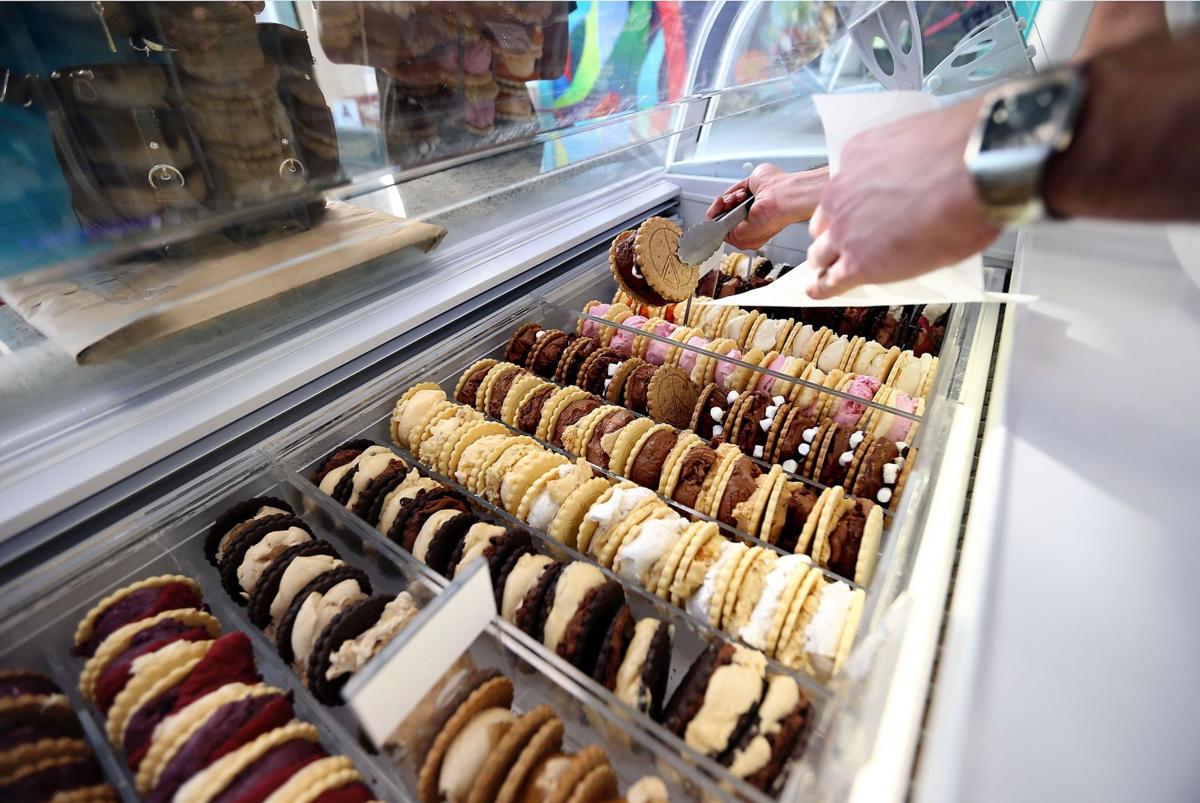 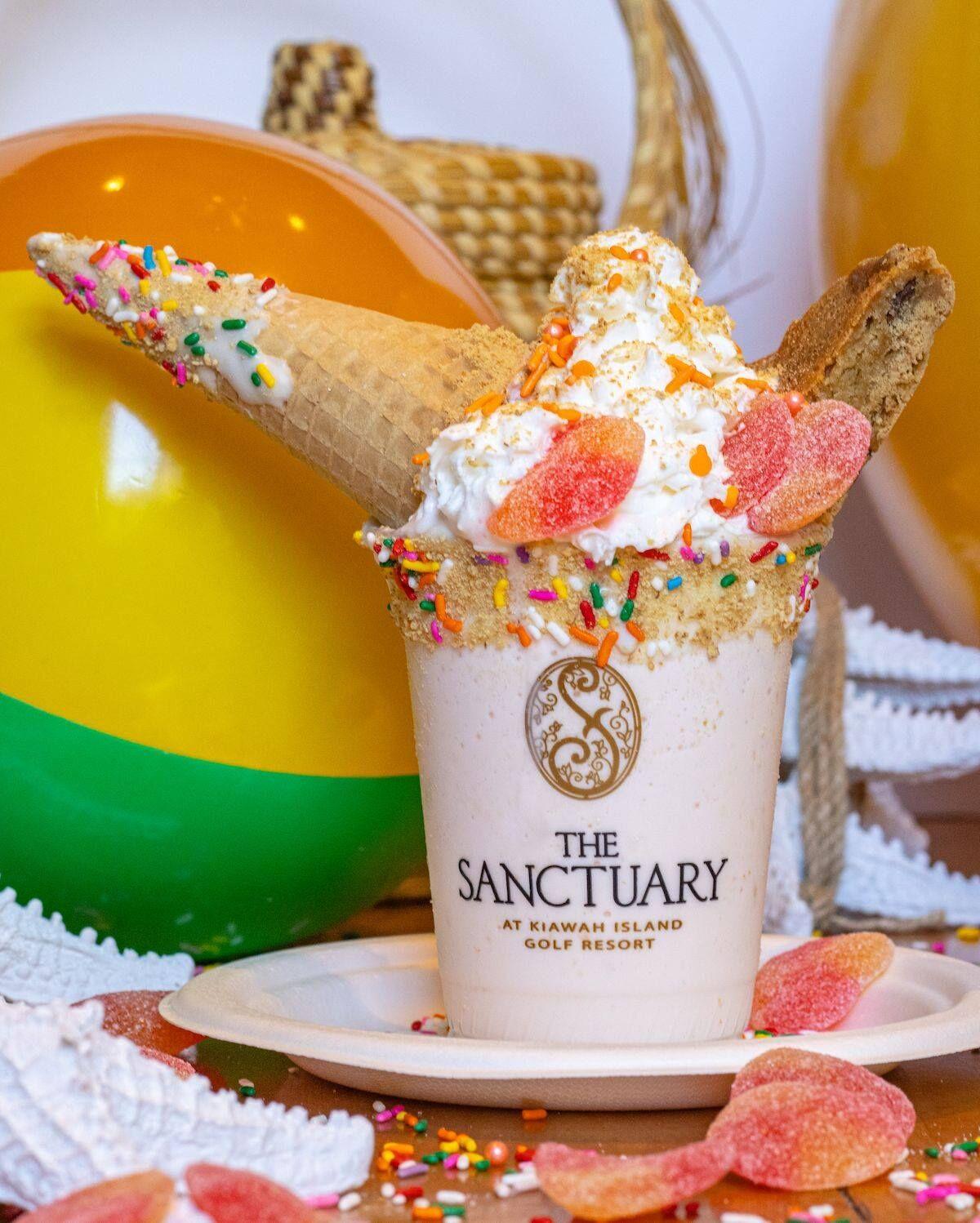 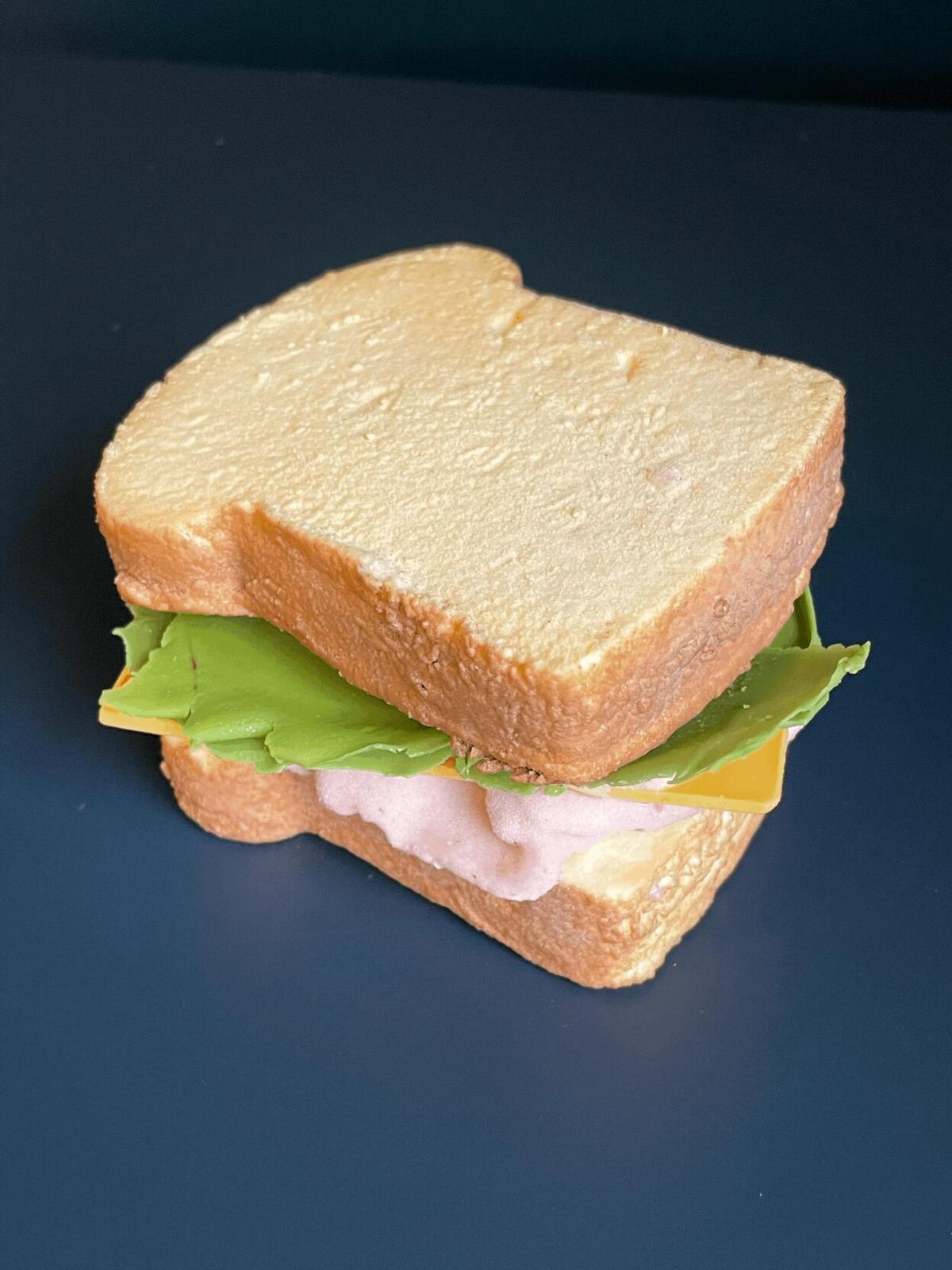 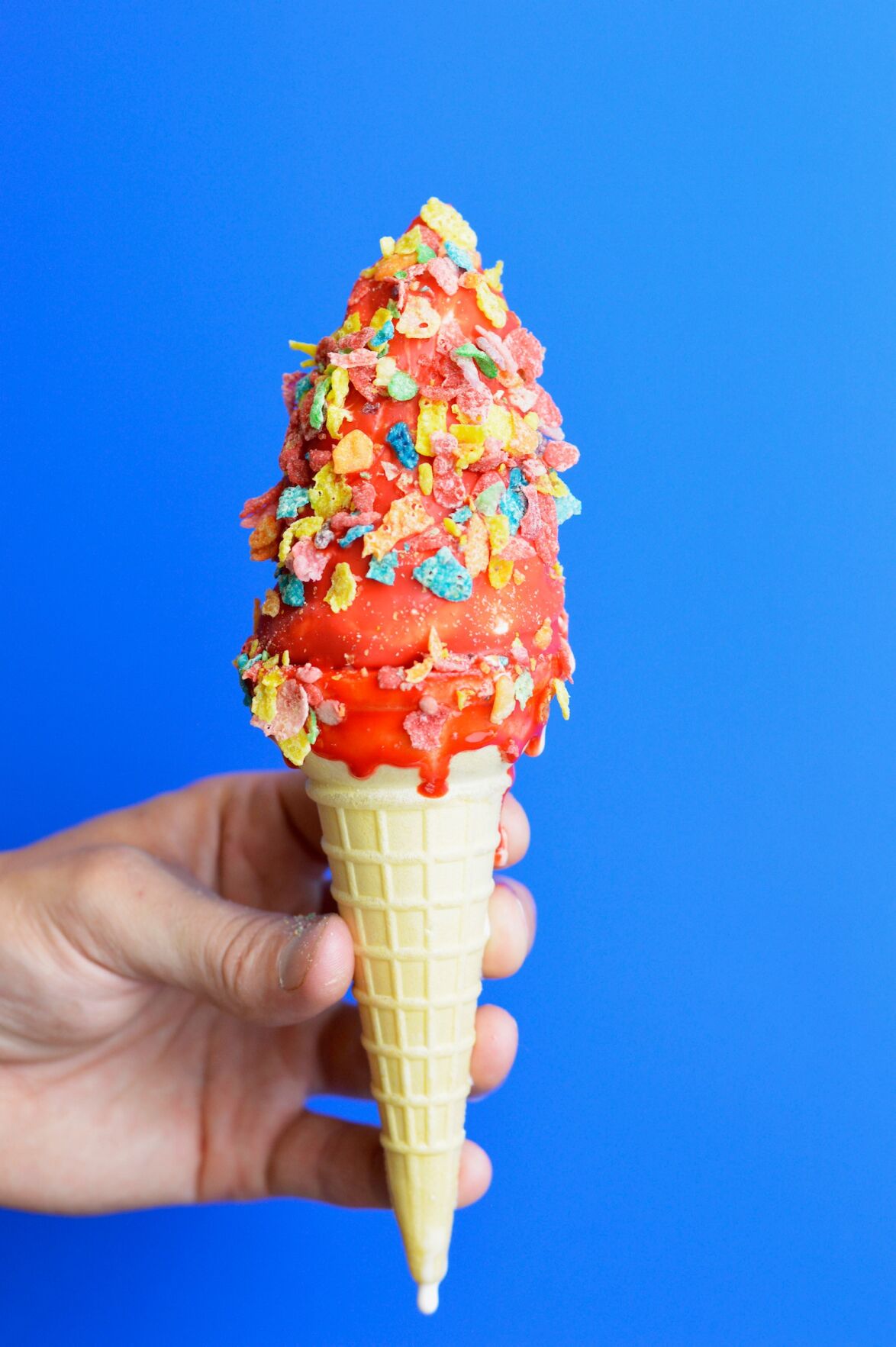 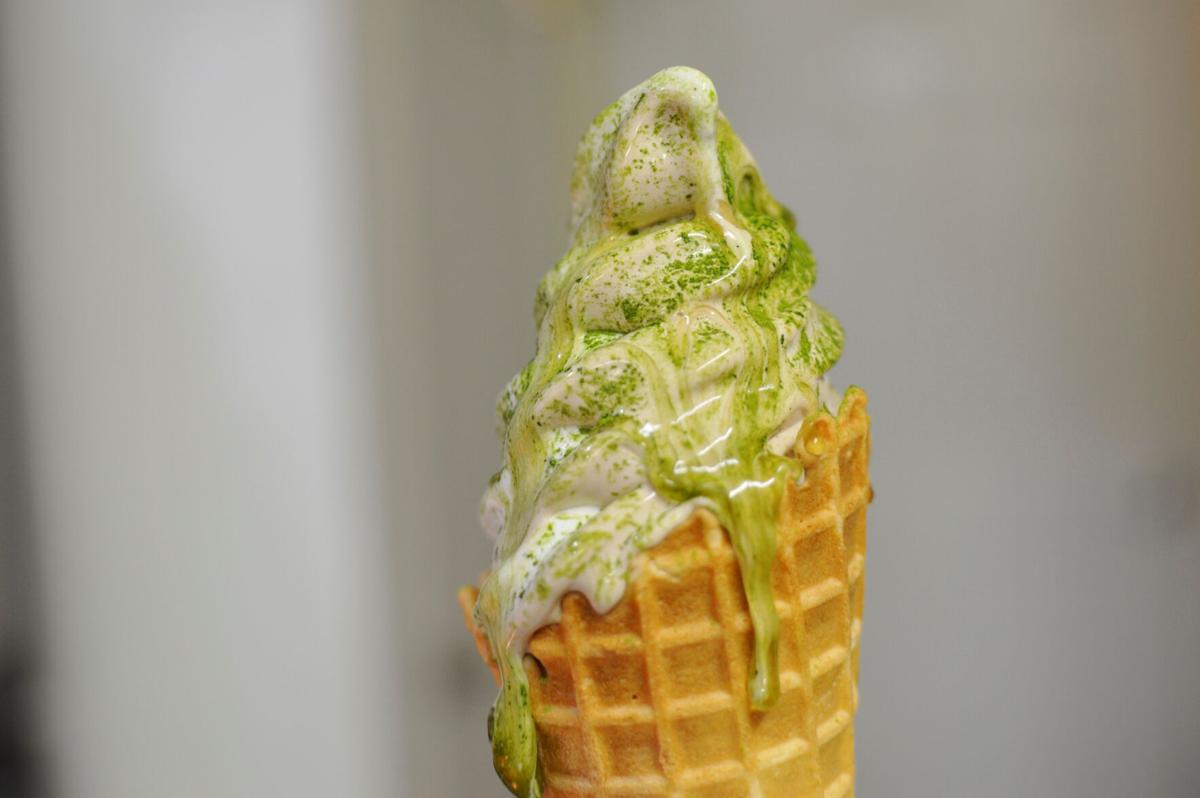 Kinfolk's soft-serve ice cream can be topped with items like matcha and honey or Ghost Reaper sugar. Kinfolk/Provided

If you're tired of posting your boring old waffle cone to Instagram yet again, here's a chance to try some funky ice cream presentations.

These Lowcountry showstoppers have switched up traditional serving vessels and flavors for some more unique spins on the sweet treat that is now in season.

From a flight to a sushi roll, here are six fun takes on a traditional ice cream cone.

It may be a smokehouse with Nashville hot chicken and BBQ cheese fries on its menu, but for the spring season it's also a soft-serve ice cream joint. Kinfolk has basic chocolate, vanilla and twist flavors in a sugar or waffle cone, but the toppings are what create some show-stopping desserts.

Speaking of fried chicken, you might've tried the cult classic ice cream bar at Life Raft Treats that looks like a fried chicken drumstick but is, in fact, ice cream.

It's also the size of two of Life Rafts' typical treats to really fool you into thinking you're picking up lunch instead of dessert.

Ice cream flight at Off Track

Get something off-beat at Off Track. The creamery not only offers traditional and vegan flavors that can be scooped from your doorstep via delivery services, but also an ice cream flight option for those who can never decide on just one flavor.

An Off Track flight features four mini scoops, and among possible selections are a cold brew and cookies option for the caffeine lovers and Key lime pie as a tart treat. Fluffernutter blondie and matcha macaroon are two vegan options. Did I just make my flight? I think I did.

Thai-style rolled ice cream became all the rage in the United States back in 2017, but it's managed to stick around. Holy Rolly, an ice cream food truck that makes pop-up stops around the Lowcountry, ran with the trend.

The truck features rolled ice cream concoctions in a cup or "taco" waffle cone, like The Banana Hammock with vanilla wafers, sliced bananas and vanilla syrup or The Sticky Icky with all things Reese's peanut butter and chocolate loaded inside.

The ice cream sushi roll, however, is the most aesthetically satisfying. Instead of seaweed-coated rice surrounding tuna and avocado, this sweet tooth's version is made with vanilla rolled ice cream surrounding chocolate brownie bites with salted caramel and strawberries.

The roll is then dusted with a cinnamon sugar graham cracker crust and topped with caramel syrup before being sliced and served with chopsticks.

If the traditional waffle cone isn't quite the ideal receptacle for you, try consuming your summery sweet cool-off treat in pie a la mode form. At Peace Pie, ice cream is served between crunchy wafers.

The term "creative concoction" reaches a whole new level with the "magic milkshakes" that are served up at Beaches & Cream, the ice creamery at Kiawah Island Golf Resort.

If you find yourself swinging the club or hitting the beach for a day, consider popping in to cool off with an ice cream conglomeration such as the Peaches & Beaches with peach ice cream, whipped cream, a blondie brownie, white chocolate-dipped cone, graham cracker crust, peach ring gummy candy and sprinkles.

They can also be upgraded to "adult" milkshakes with a boozy addition. All milkshakes feature locally crafted Wholly Cow ice cream.