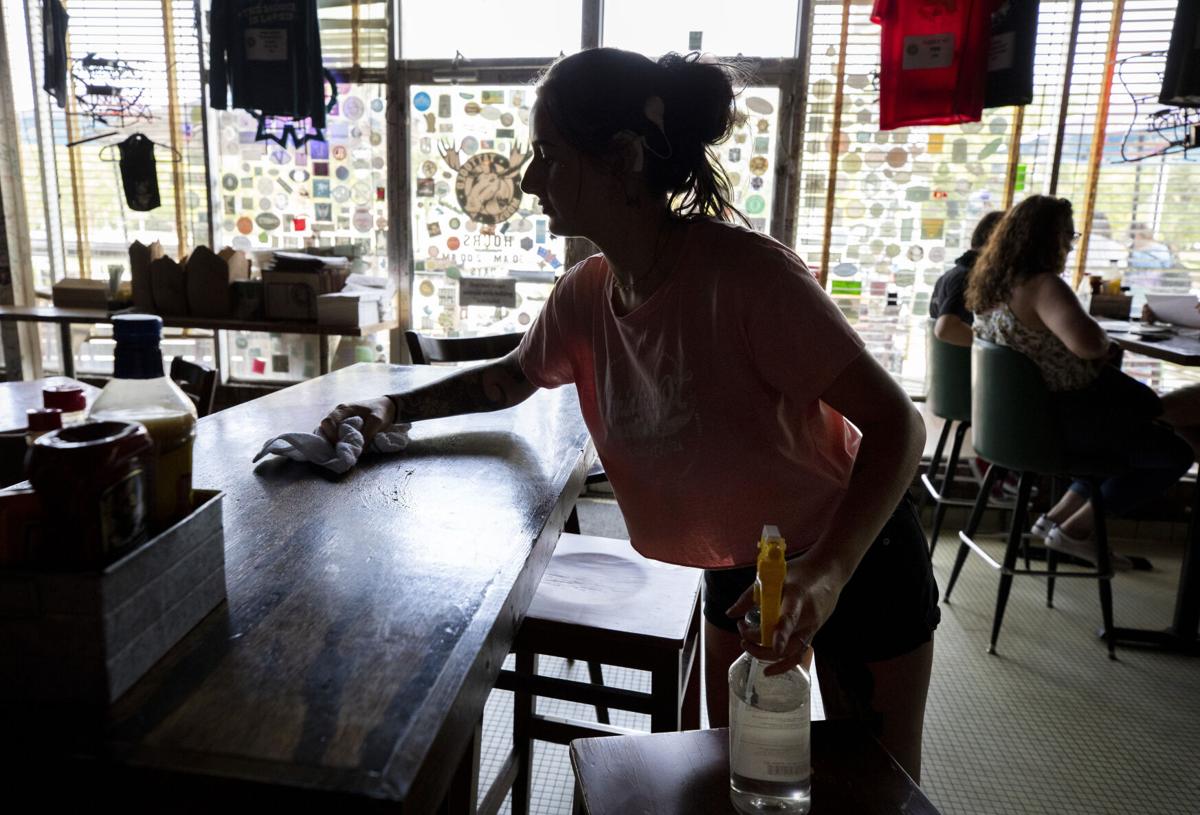 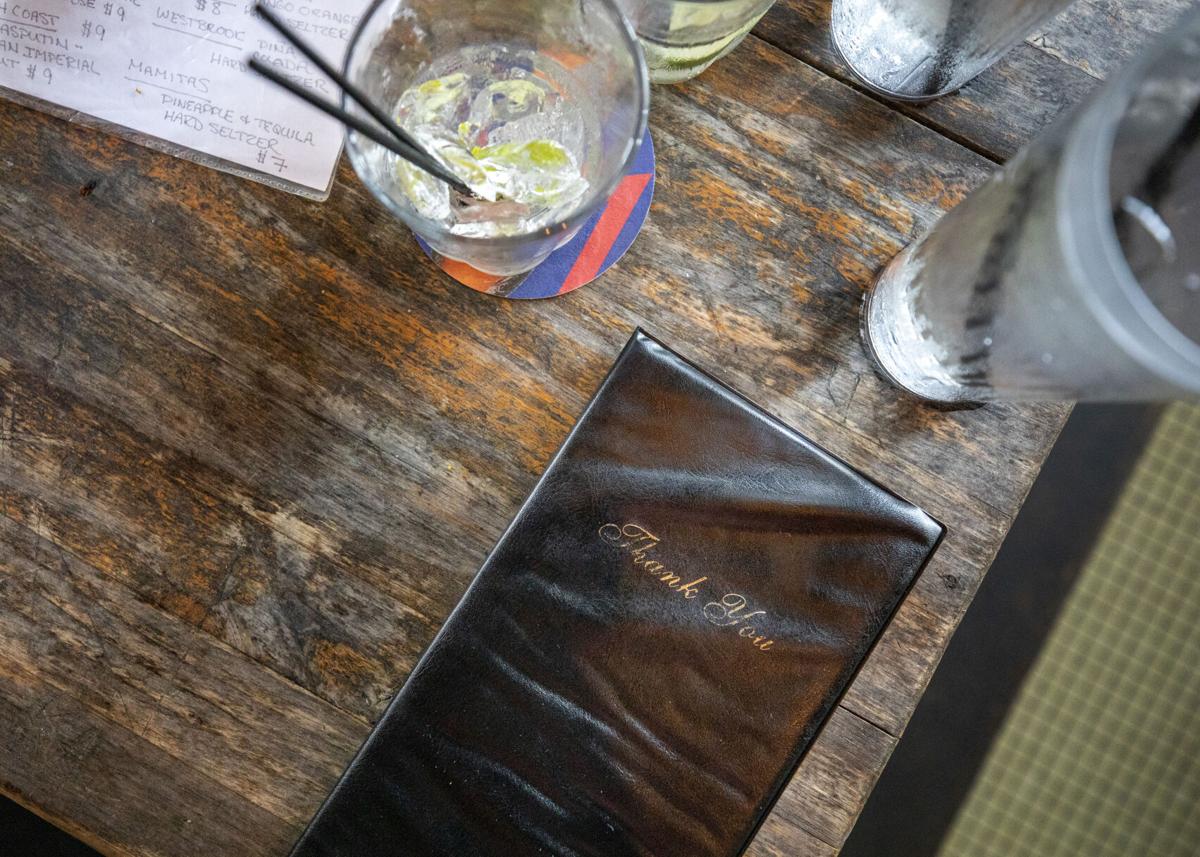 Customers leave their paid check after lunch at the Tattooed Moose on Aug. 26, 2021 in Charleston. Grace Beahm Alford/Staff 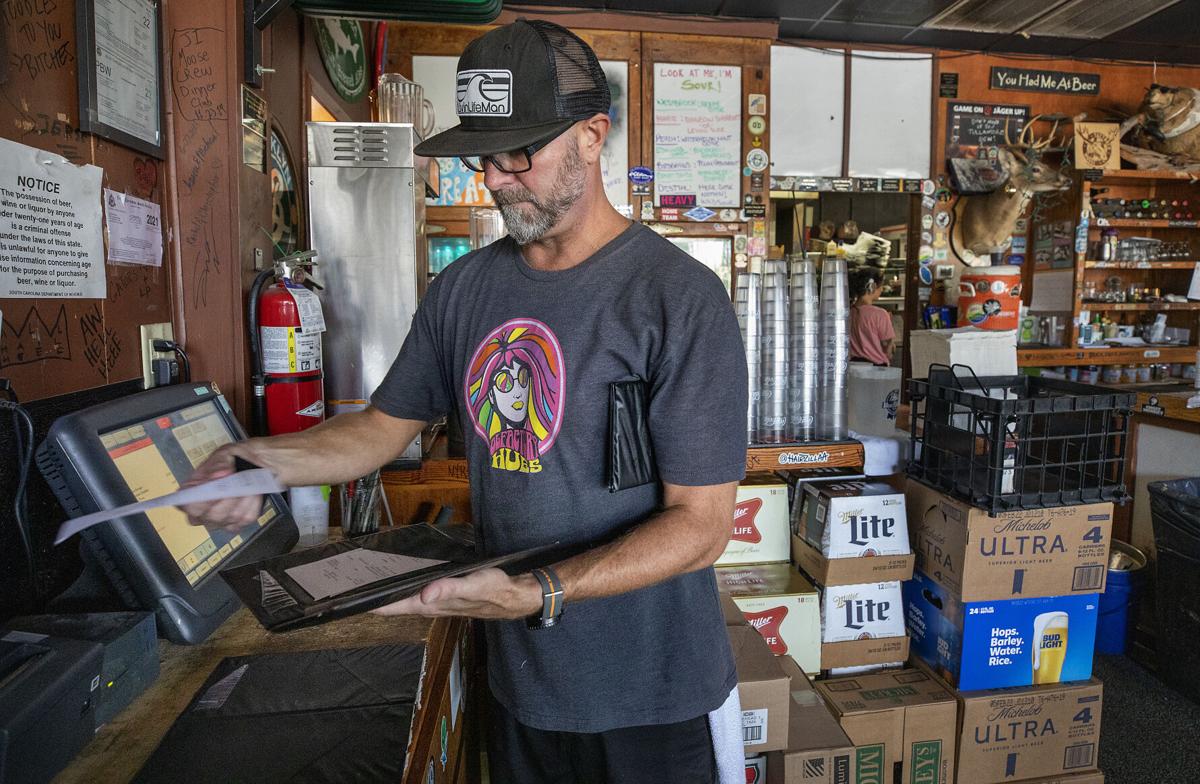 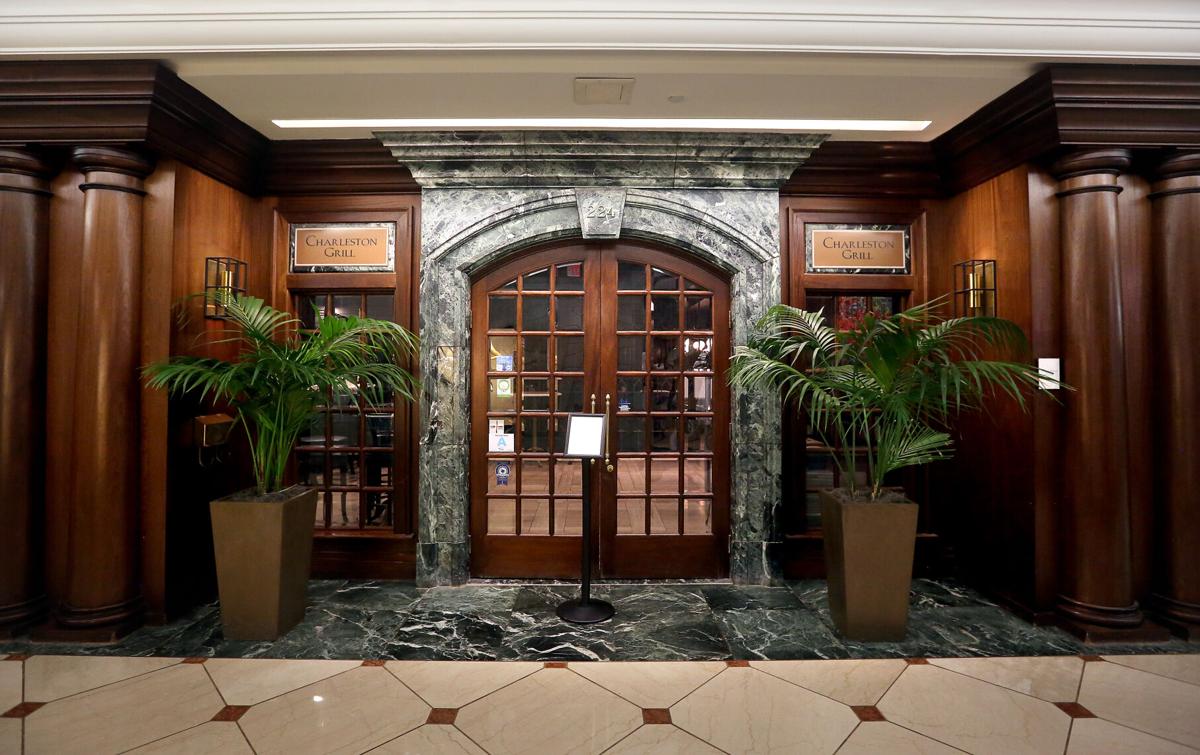 Customers leave their paid check after lunch at the Tattooed Moose on Aug. 26, 2021 in Charleston. Grace Beahm Alford/Staff

Been to a restaurant lately? If so, you’ve likely experienced the sticker shock of a check that is noticeably steeper than pre-COVID nights out.

Banish the notion of restaurant tycoons rolling in your hard-earned dough. Restaurants keep about 10 percent of your bill in profits, and that’s shrinking with the rising costs of, well, everything.

“It’s hilarious, because the easiest way to explain it is to really go through your grocery store bill and see how much it’s gone up,” said Jen Kulick, owner of two Tattooed Moose restaurants and Caroline’s Aloha Bar.

Julie Hennigan, Charleston Grill general manager, said higher-end restaurants can have an even lower profit because of the high cost of the fancy extras like nice dinnerware.

For restaurateurs, it’s a matter of trying to balance it all.

“It’s just become part of our business model, but it eats away at the profit,” she said.

Kulick said she just paid around $7,000 for credit card processing fees in one month at the Johns Island Tattooed Moose.

Hancock said she tells her customers to figure 4 percent for fees, but said restaurateurs are being squeezed by the high cost of added identity protection on credit cards and the costs of extra COVID cleaning.

“I am asking, not only for a fabulous meal, I am expecting them to protect my health and to protect my personal identity. And that costs money. If consumers are going to complain about it, what are they going to give up,” Hancock said.

In the COVID world, many restaurants reopened in a socially distanced, hyper-clean way.

“We used to buy cases of masks so we could give them out to customers,” Kulick said. “It ended being about a dollar a mask. We were paying like $500 a week just for masks, and that doesn’t include sanitizer stations. Regular old sanitizers increased like 200 percent. There was a huge demand and you know you have to have it, so there you go.”

Hennigan said Charleston Grill would go through 100 to 150 sheets of high-quality paper a day for single-use menus, as well as gloves, and masks for those without. (Note: Charleston announced in August that it is temporarily closed, citing the labor shortage in the hospitality industry.)

“All of those are added costs that would either have to be incorporated into the check or come out of that 10 percent bottom-line profit. We were fortunate with being part of a hotel; they were able to absorb a little bit of the cost,” Hennigan said.

Hancock said her Dezba clients were hit with a 30 percent to 40 percent price increase in dry goods and that the cost of gloves went from around $3 a box to $12 and even $25 a box.

About a year ago, Joe Fischbein, head of Glowfisch Hospitality, made news when he tacked a 4 percent COVID fee onto tabs at his Sesame Burgers and Five Loaves Cafes. He said at the time that customers understood the need to charge those fees.

With COVID on the wane, he removed the fees at the beginning of the year, but he’s considering adding them back.

“The cost of goods with your food is fluctuating all over the place right now, especially with proteins like beef and chicken. Everything is extremely high. Instead of trying to sit there and redo the menu every time and changing the cost in the point-of-sale system, I’m thinking of putting a percentage fee on top of it until we can get through this,” Fischbein said.

Fischbein isn’t alone in noticing an increase in food prices.

“It’s a significant and universal challenge,” Hennigan said. “Whether it is from transport, delays, or just product getting lost, we’ll order a product that is typically here in a day and we’ll hear that it’s waylaid at this facility, we don’t know when you’ll get it. Just this week, I’ve seen beef go up about 40 percent in cost and I’m hearing it may increase even more due to issues at the meat packers. Our signature dish is a crab cake and the cost of crab has at least doubled, if not more, and the supply has been short. We try to absorb as much as we can. We didn’t double the price of the crab cake, but we had to raise it a couple of dollars to offset the increase. All of the costs of doing business, in a simple way of explaining, goes into the price of that crab cake: labor, the food itself, credit card fees, equipment to serve, tools, the cost of turning on the lights, providing health insurance, all of that goes into the cost of that one dish.”

Another blow to those in fine dining was the tariffs levied last year that boosted wine prices.

“The tariffs that went into effect Jan. 1, 2020, increased the price of a lot of European wines about 25 percent. In general, with wine, the price has gone up and the supply has gone down because of shipping delays and sheer demand. Americans consumed more wine and spirits last year but other countries couldn’t keep up because they were going into lockdowns,” Hennigan said.

Kulick said her food distributor, Sysco, said it would have to up its prices by about 30 percent to cover the increase in food costs. Even items like limes, used mostly as drink garnishes, went up “about $20 a case,” she said.

Although Kulick doesn’t have to worry about fine wines and tariffs, she said a shortage of raw materials meant even beer providers couldn’t find cans to hold their beer, leading to some shortages.

South Carolina sits on the lower end of supply of restaurant workers, according to the latest U.S. Bureau of Labor Statistics figures, and they make an average of $9.77 an hour.

COVID has changed all that.

“I will say restaurants are paying more,” Hennigan said, adding that Charleston Grill starts at $18 an hour and goes up from there, based on tenure and experience. She said many people have left the industry and she hopes quality of life issues are part of the conversation to draw them back in.

Charleston Grill is closed on Mondays and Tuesdays now and Hennigan admits it was a bit of a challenge to tell hotel guests that they didn’t have a restaurant available to them seven days a week.

Kulick said her restaurants have also reduced hours and she feels the pinch of the labor shortage, including hiring people whose work ethic would have ruled them out in the past.

“Every day, you don’t know what we are going to wake up to. You can sit there and write a schedule, but if one or three people don’t show up and you can’t get anyone to show up, it’s hard. You have to go down in tables. Now you hire people, even managers, and they won’t even show up for the first day of work,” he said.

There has been much discussion about solving the labor shortage by increasing wages, but Kulick said that’s not always feasible.

“Owners get so much (grief),” she said. “Share the profits, they say. My answer is, ‘So, when a cooler breaks, you going to chip in for that? That’s the profit for the month!’ People just don’t understand that we have to be prepared to put out a lot of money if something breaks. All that money is sitting there for the emergencies. They don’t realize how prepared you have to be for catastrophes like closing for a hurricane. And, if I raise prices, then who’s going to come and eat at my restaurant?”

Prices are going to rise, though.

Douglas O’Flaherty, vice president of the South Carolina Restaurant and Lodging Association, said the sticker shock goes well beyond Charleston and it’s not going to get better.