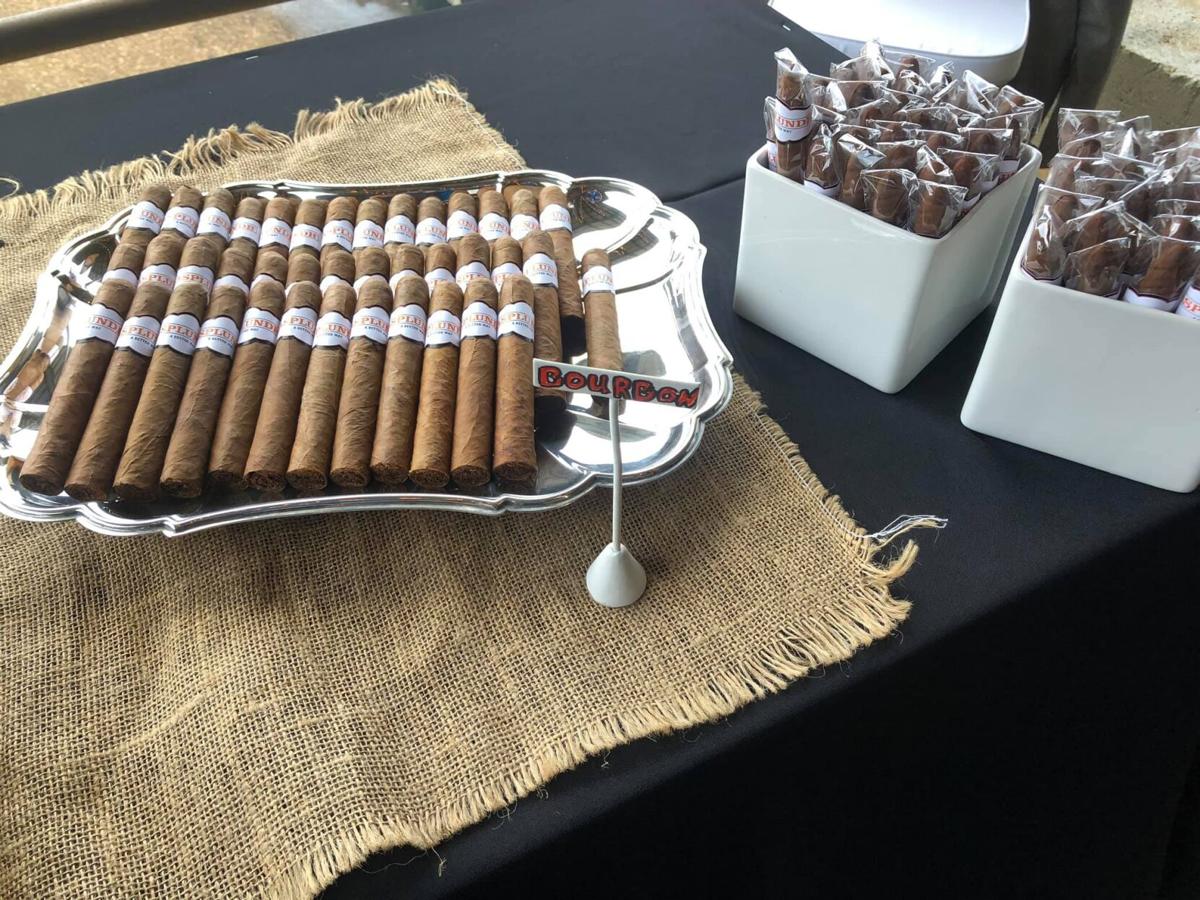 Cigar Row Events' bourbon-infused cigars are among the most popular sellers. Provided 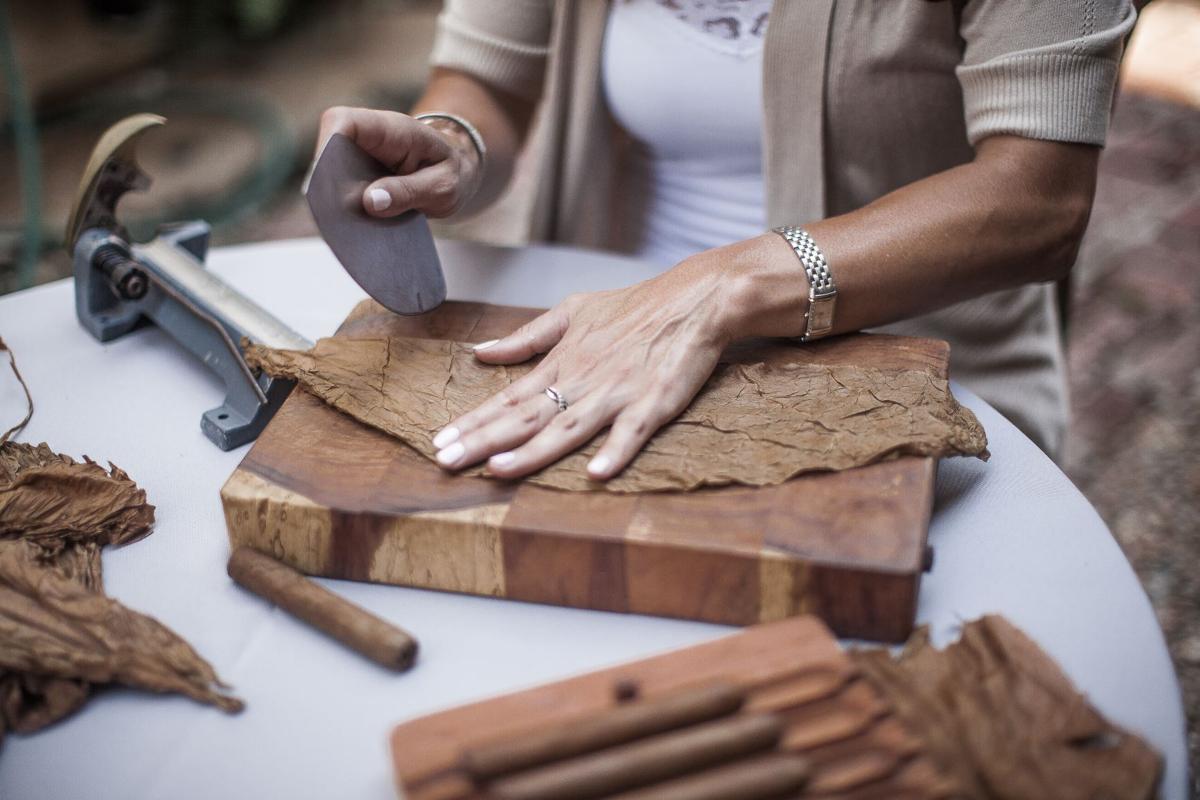 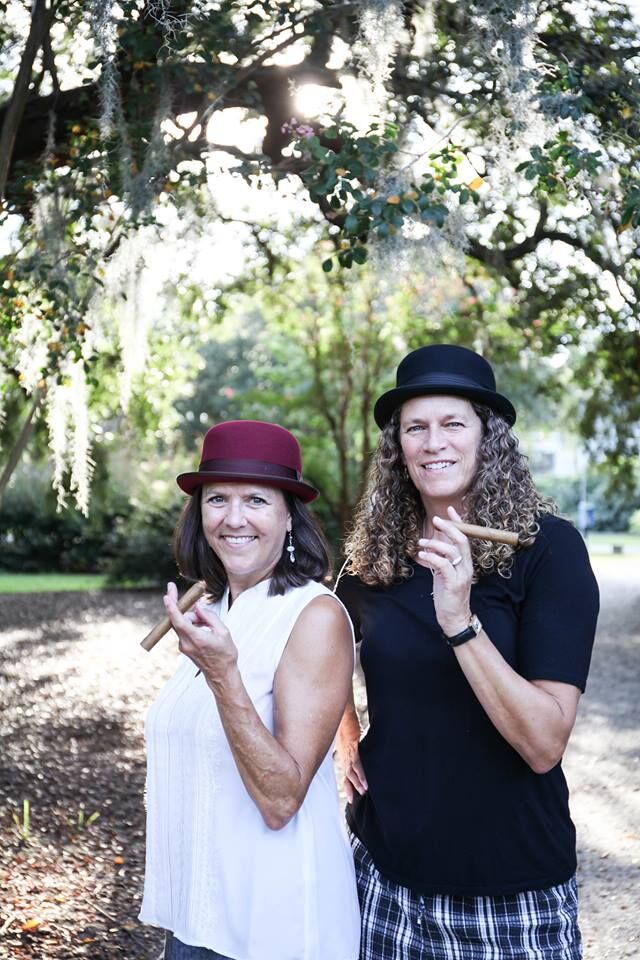 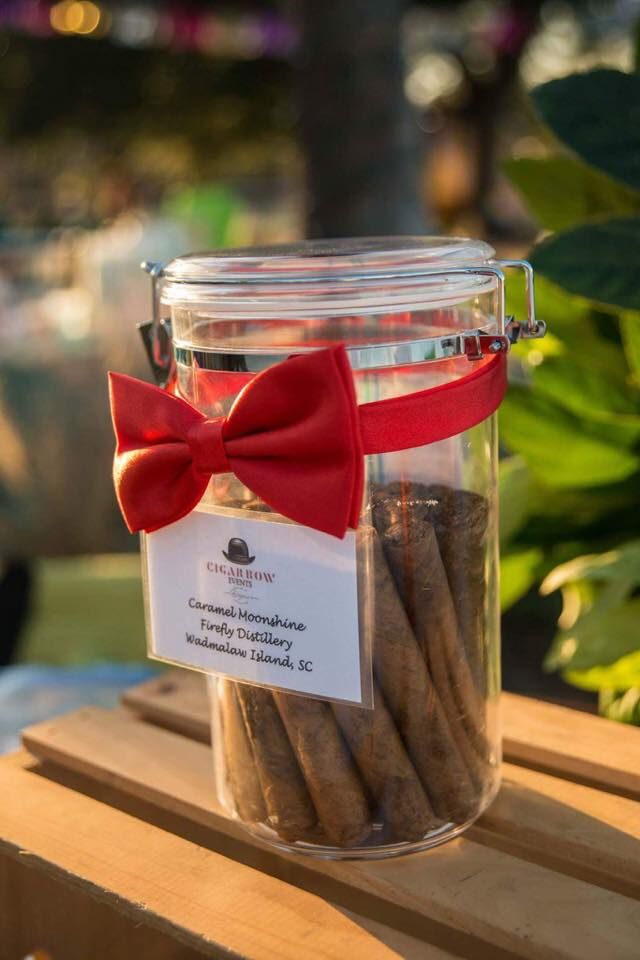 Cigar connoisseurs typically snub infusions, often critiqued for being sickeningly saccharine or masking the tobacco taste, but two retired schoolteachers from Goose Creek have found a fan base interested in trying out local flavors.

Garrard, an ex-cigarette smoker who quit her tobacco habit in 2000, and Stilley, a 6-foot-tall former basketball coach, bought the event-focused branch of Cigar Row in 2016, a retirement decision.

They then began infusing the company's Dominican tobacco leaves in Connecticut shade wraps with locally sold liquors and craft beers.

The duo has teamed up with breweries such as Tradesman, Revelry, Holy City, Snafu and Frothy Beard for pint pairings.

"It's certainly not a far reach to infuse a cigar with some Cognac or liquor," offered Winn. "But for us, we have a couple of beers much stronger than your average pint with a lot of flavor that we thought might pair well."

Garrard and Stilley gave the brewery's "Coconuts and Bolts," a chocolate coconut stout, a try.

The infusion process is to soak the Dominicans in the liquid of choice and then let them age in a humidor for weeks to months. The novelty of the idea and surprising subtly of the flavors worked, Garrard said.

"Beer acts differently than everything else, because it foams up," she said. "They're nothing like your typical Swisher Sweets, where you can taste the sweet vanilla in them overwhelmingly. You actually have to be knowledgeable about cigars to get the hints of flavor."

The smells are stronger than the taste.

"We tell people to come in and shop by the smell," Garrard said.

And the strongest scents are the most popular, like the company's bestselling caramel moonshine cigar in collaboration with Firefly Distillery. There's also a pecan bourbon coffee variety made with Big Kick Coffee and bourbon infusions with local companies Terressentia, Virgil Kaine and Boone's Bourbon.

Tyler Boone, owner of the latter, was actually a student of both Garrard and Stilley, something Garrard calls "a full-circle moment."

Another is the fact that her 36-year-old daughter, Courtney Brown, now rolls for the business, though events have been few and far between in the era of COVID-19.

The women typically roll cigars at private parties for the main portion of the business and then sell their infused varietals at local markets and online on the side. The pandemic has upset that model.

More than 25 of Cigar Row Events' parties booked in 2020 have been delayed until later this year, Garrard said.

In the meantime, the duo is managing a new booth at the Charleston City Market and experimenting with wine infusions. An Apothic Red will be released on Valentine's Day.