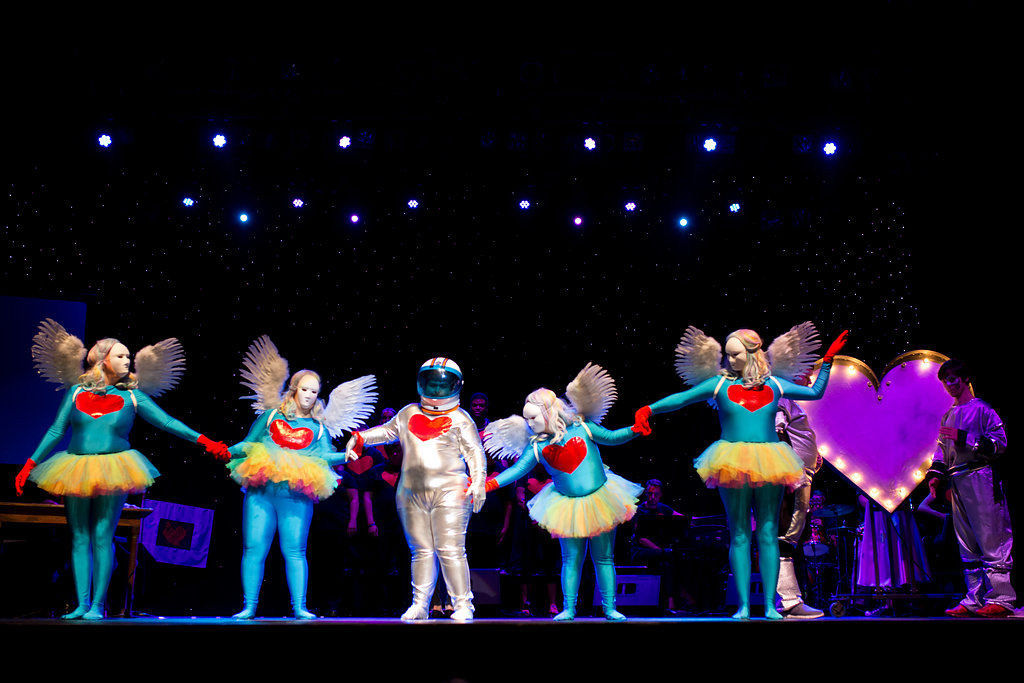 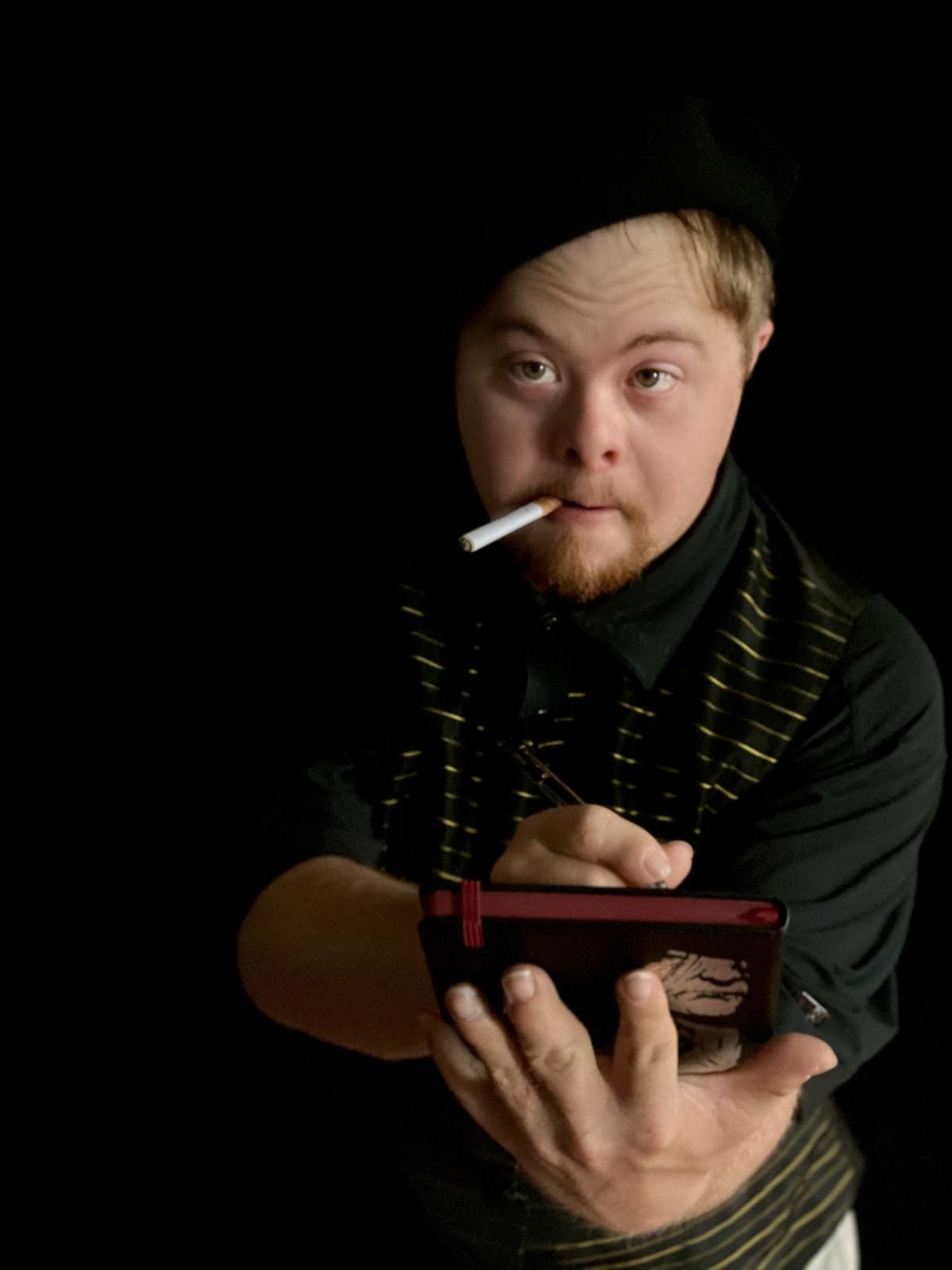 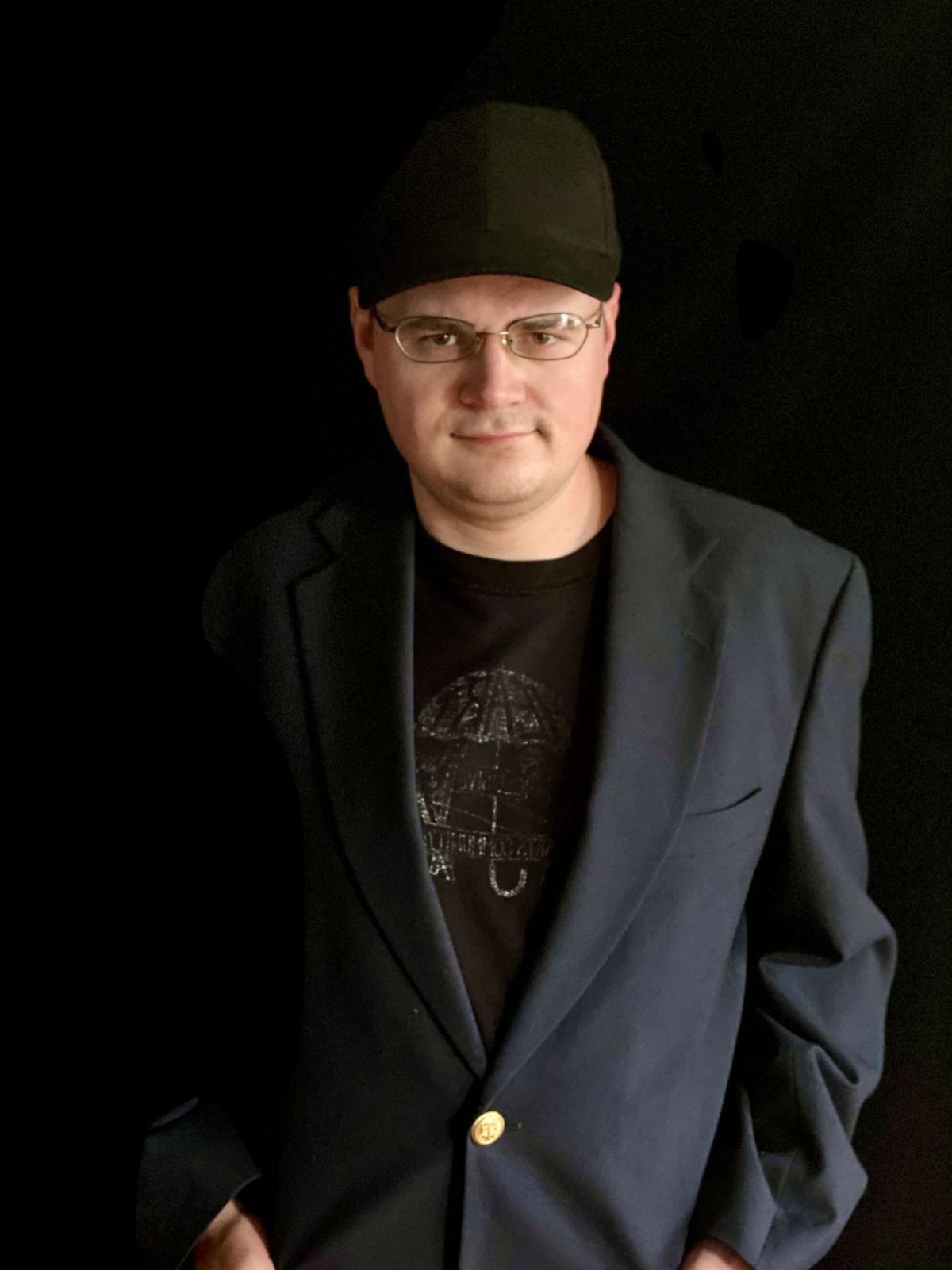 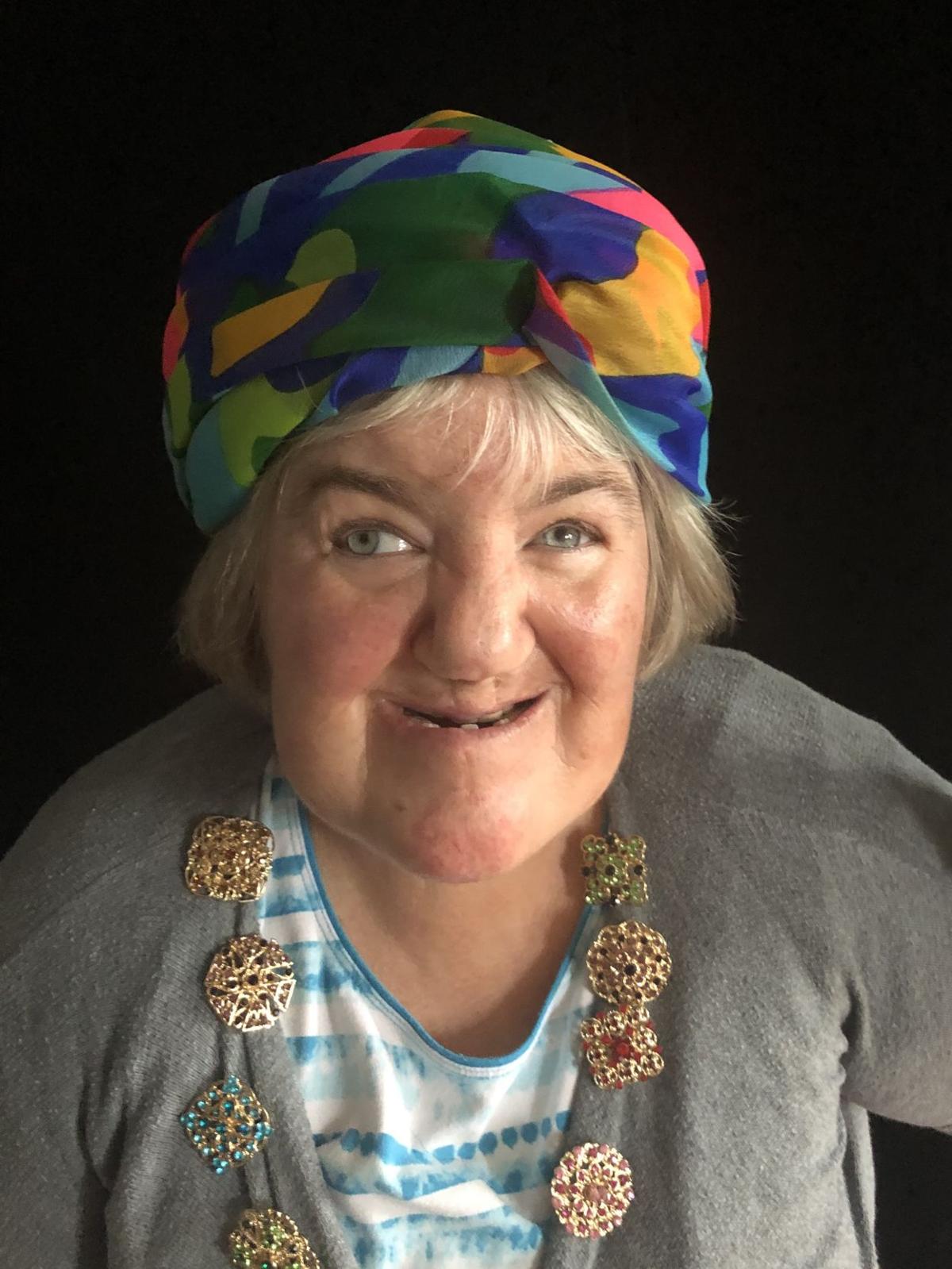 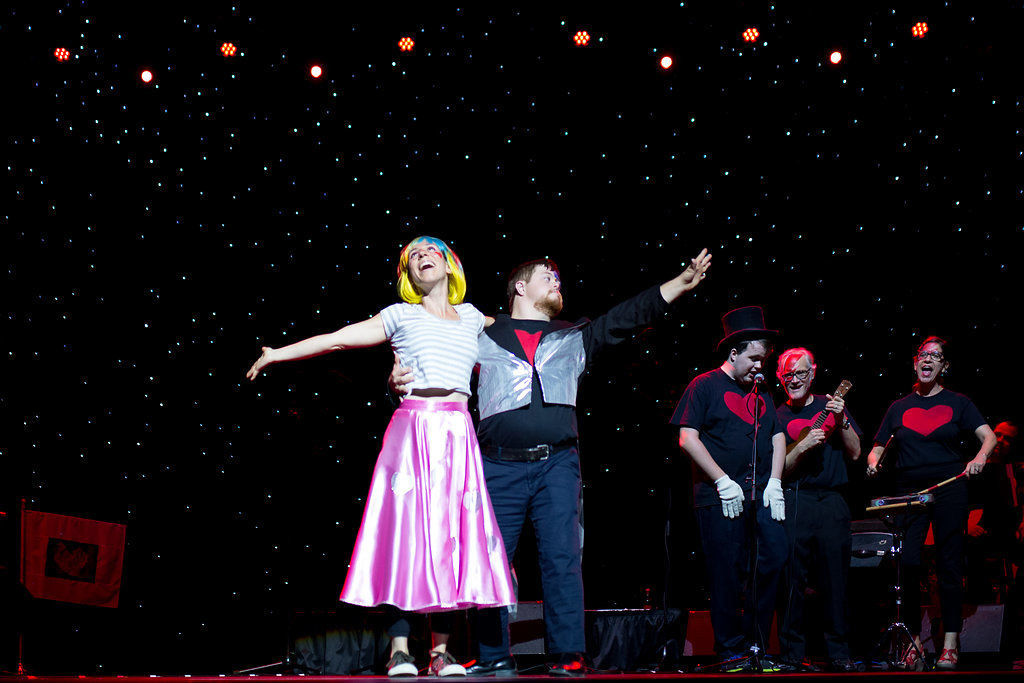 HEART is an inclusive arts community for adults with special needs. HEART's mission is to provide its participants with visual arts, music and performing arts mentoring, as well as community engagement. Arielle Simmons/provided 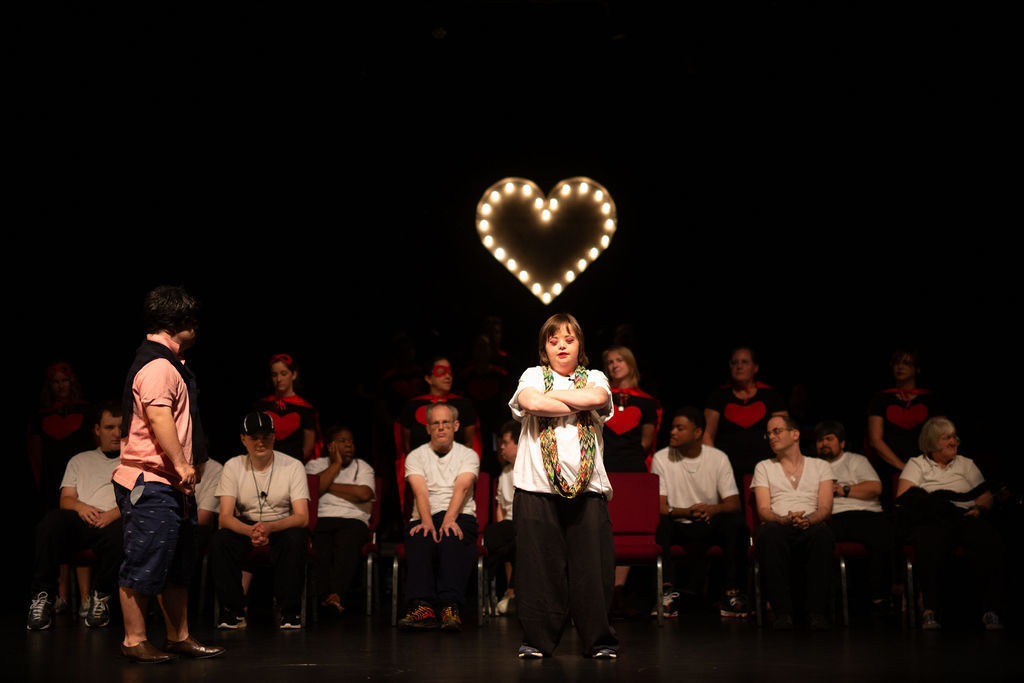 For a community theater group in its final weeks of rehearsal, a recent Thursday afternoon was business as usual.

There were missed cues and ensuing apologies. There were script changes that hadn’t made it into the final book. There were off-stage actor antics and smiling, whispered confidences. There were fatiguing kinks, and rousing slam-dunk bits.

And there were the other, not as common circumstances surrounding the rehearsal, too. The theater group that was finessing its latest work was HEART, an inclusive arts community for adults with special needs. HEART's mission is to provide its participants with visual arts, music and performing arts mentoring, as well as community engagement.

Farrah Hoffmire, the organization's founding director, launched the organization in 2014, after identifying the clear need in Charleston for such programs. In the five years since, HEART has put on an inspired and lively array of shows, regularly packing houses and moving patrons with their effusive charm and charge.

The productions have included upbeat offerings like merry remakes of "Ghostbusters" and "Elf," as well as the wrestling-themed "Star," all fertile ground for the cast to ham it up. Then there are serious works such as "Romeo and Juliet," though it also contained comic relief by setting the famous duel to the song "Kung Fu Fighting."

"We try to do something different than than the last one," said Hoffmire. "But it's a collaborative process and we're always looking for everyone to say what they want to do."

To get the productions up, the players, or HEARTists as they are called, come together twice a week at Asbury St. James United Methodist Church on Rutledge Avenue in downtown Charleston. There, they work with mentors to brainstorm concepts and characters. They memorize blocking and lines. They put in the requisite sweat equity to put on a show. Each is the result of months of rehearsing.

And, as actors are wont to do, the HEARTists hang out and get jokey, having a belly laugh and spurring one another on to do the same. They also engage in other modes of artistic expression while there, creating art projects or playlists of favorite songs.

For the current show, “Rare Bird,"  two dozen HEARTists will take over BoomTown on Dec. 6. Conceived as a workshop performance, it also tees up a June 7 production during Piccolo Spoleto. For more information on upcoming events, visit heartsc.org.

Directed by Mel Walker, the play is written by Hoffmire in collaboration with the HEARTtists. This one takes a turn for the reflective, following a fictional character named John Seeker, an American public radio host known for his podcast “This Insane World.” Seeker's search for his biological parents leads him to a community of creative misfits, and ultimately to a deeper understanding of himself, too.

To this end, "Rare Bird" draws from HEART's tried-and-true theatrical arsenal. First, it punctuates scenes with covers of popular songs, which this time include "Across the Universe," "Blowin' in the Wind" and Glen Hansard's "Rare Bird," which inspired the work's name.

"Everybody here loves music," said Hoffmire, adding some HEARTists do more than theater. "There is a lot of disinterest in this population. We're all about stimulating."

The production also enlists a narrator to guide the action. In this case, one actor, Christian McInnis, narrates the main role of John Seeker, while another, Nicolas Lyford-Pike, who is deaf, acts the part.

"Every cast member has a voice in a HEART production," said Hoffmire. Since the troupe includes some individuals who are nonverbal and others who are hearing or sight impaired, the production often achieves this through recorded or narrated voiceovers.

Since cast members select and develop their own characters, the quirky community setting of "Rare Bird" offered an opportunity for Hoffmire to encourage the players to be anything they wanted. "They are these people who live in a community, so who do you want to be?" she asked them.

HEARTists James Bethea and Jimmy Miller elected to be businessmen for the show, impressed by the way these moguls get things done. For these roles, each came up with a character name. Bethea opted for Mr. Cuban (after the businessman Mark Cuban, whom he admires). Miller fittingly went for Bezos.

It turns out Bethea, Miller and Willoughby are just as entertaining offstage, reveling in their self-avowed status as the group's troublemakers. After rehearsal, they are eager to prove this infamy, with animated banter and hijinks that would do the Rat Pack proud.

Earlier, I had arrived for the rehearsal of “Rare Bird,” a bit flustered in search of the right entrance door on the church property. Hoffmire, decked in overalls and a smart hat, popped out to meet me, ushering me in to a gymnasium hallway. The sizable cast was seated in chairs flanking a hall, and collectively turned my way.

A cheery and disarming phalanx, they enthusiastically welcomed me. Rebecca Abele, who plays Melody, Seeker's biological mother, instantly struck up a conversation, complimenting my boots. Others warmly chimed in.

Such clear camaraderie benefits both the participants and their guardians, who are frequently in search of ways to engage their grown children in activities involving friends and mentors.

Shirley Livingston, the mother of HEARTist Austin, is one such parent. She observed that Austin certainly did not want to hang out with her all afternoon, while showing me recent videos of his increased engagement brought on by programs such as HEART.

Similarly, Hoffmire said Lyford-Pike, who long ago abandoned hearing aids that mitigate his deafness, has been so moved by his experience at HEART that he recently requested new ones of his parents.

The comfort level among the cast is palpable, and enviable. It is one that Hoffmire is keen to extend to audiences. At shows, audience members are encouraged to feel whatever they want to feel, to laugh, to cry, to interact with the production in any way that moves them.

The proof of HEART's many merits is the production itself. Each one that I have seen has swelled with appreciative, beaming audience members, fully, giddily aware that they are bearing witness to a band of performers in the midst of doing something they love to do, and doing so together.

Momentarily abandoning his signature wisecracking, Bethea summed it up for me. It is about joy, he said. I could not have said it better, or with more heart.