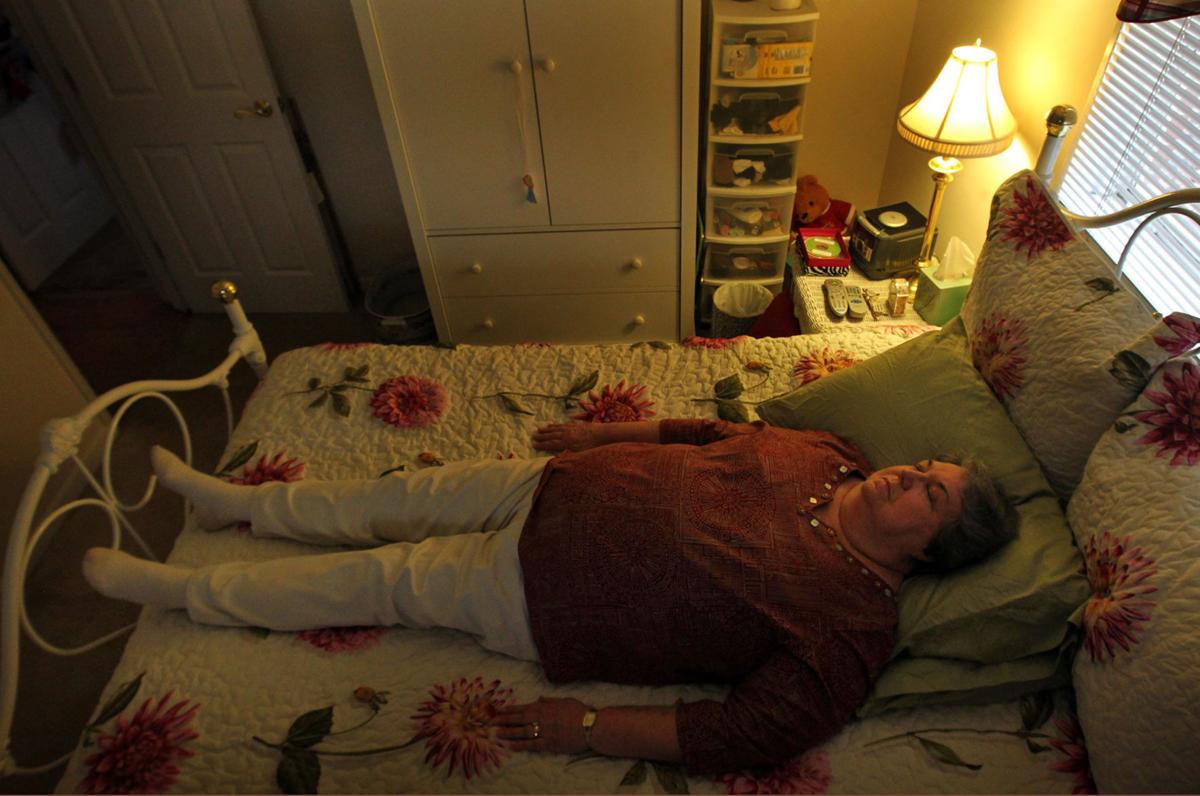 Caroll Marlow meditates while listening to an audio recording at her home in Frontenac, Missouri. "The day I learned I had been accepted into the trial was the best day of my life. It gave me hope," said Marlow, who has suffered with depression caused by a chemical imbalance since her early 20s. "This has been a true miracle for me." (Laurie Skrivan/St. Louis Post-Dispatch/MCT) 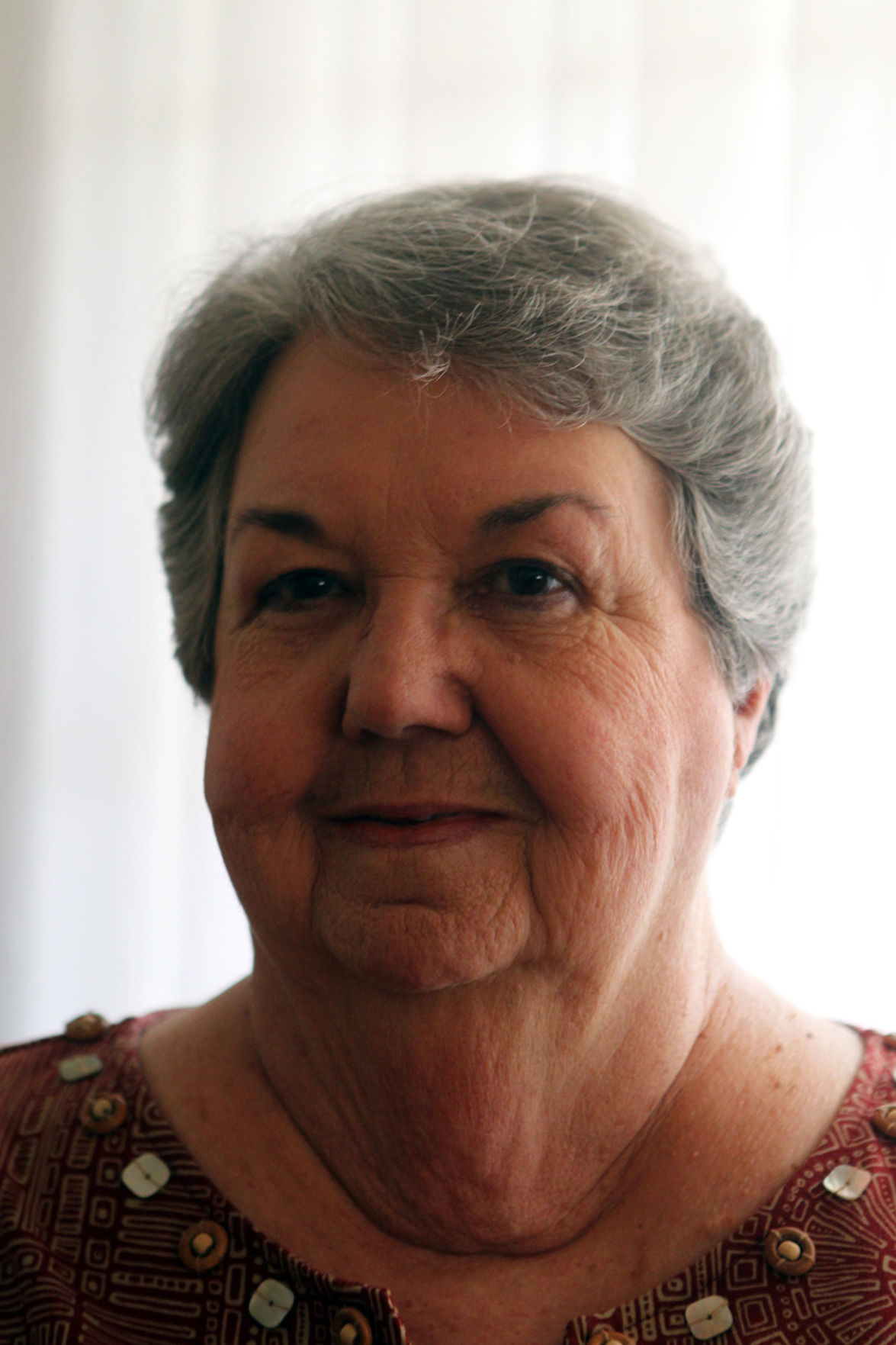 Caroll Marlow meditates while listening to an audio recording at her home in Frontenac, Missouri. "The day I learned I had been accepted into the trial was the best day of my life. It gave me hope," said Marlow, who has suffered with depression caused by a chemical imbalance since her early 20s. "This has been a true miracle for me." (Laurie Skrivan/St. Louis Post-Dispatch/MCT)

ST. LOUIS — Caroll Marlow, 71, said she has been rescued from clinical depression by researchers at Washington University who want to help people older than 60.

After more than 40 years of living with depression, she said, experiences and feelings that are routine for most other people are new for her.

She goes to lunch to laugh with her sisters; she’s closer to her children and friends. She dates her husband.

And she found a job. “I love it; I work a swing shift and I just love it,” she said.

She’s a cashier at a Cracker Barrel restaurant in St. Louis County. “The people I work with are the best. They love older people. I like being around people. And do I have some stories!”

“It’s like a bolt of lightning,” said Pat Marlow, 73, of Frontenac, and her husband of 50 years. “She’s a different person.”

Dr. Eric Lenze, a geriatric psychiatrist with the Washington University School of Medicine, is conducting two studies. One seeks a drug regimen that addresses depression in people over 60. The other looks at mindfulness meditation to ease depression and anxiety disorders in people over age 65.

Lenze says the studies originated because when he sought depression and anxiety remedies for his patients, “There were few evidence-based options for treatments of elders with anxiety disorders and clinical depression.”

Almost all of the studies for drug and other mental health remedies, “were on young, healthy people; nothing included older adults. Our lab is looking at dosages, side effects, and other ways the treatments might affect older people differently,” Lenze said.

The late-life depression study is testing two drugs, venlafaxine, a popular generic antidepressant drug with minimal side effects, and Abilify, which is supposed to enhance the effectiveness of antidepressant medicines. Abilify’s generic name is aripiprazole

All participants get the venlafaxine for a time. If their conditions don’t improve, they will get Abilify or a placebo.

They stay on the regimen for several months.

The foundation of the mindfulness meditation study, “has shown promise as a treatment for depression and anxiety disorders based on studies in younger adults,” Lenze said.

Mindfulness meditation, calming the mind by concentrating on something in the moment, has shown promise to have beneficial emotional and physical effects, Lenze said.

As part of the anti-stress component of meditation, it reduces the level of cortisol, the “fight or flight” hormone that elevates when someone is under stress, he said.

A particularly bad effect for older people is that too much cortisol hampers memory and thinking functions and can increase the risk of dementia, Lenze said. “Our evidence is that if you can reduce (cortisol) there’s a memory improvement, people think better; their minds actually work better and they feel better,” he said. “We think this is an instance where cognitive impairment in older adults is treatable.”

Caroll Marlow was in the late-life depression study from February to July. In August, Lenze offered her the second study.

“The way Dr. Lenze put it, it was meditation to make you relax and ... bring yourself back from all the gibberish in your mind,” she said.

“He gave me these tapes and I’d listen and I was able to lay down and relax.”

She met others like herself at the weekly, two-hour sessions.

“We just told each other the problems we shared,” she said. “Everyone’s problem was a little different. Yet, they were all the same. Depression is depression.”