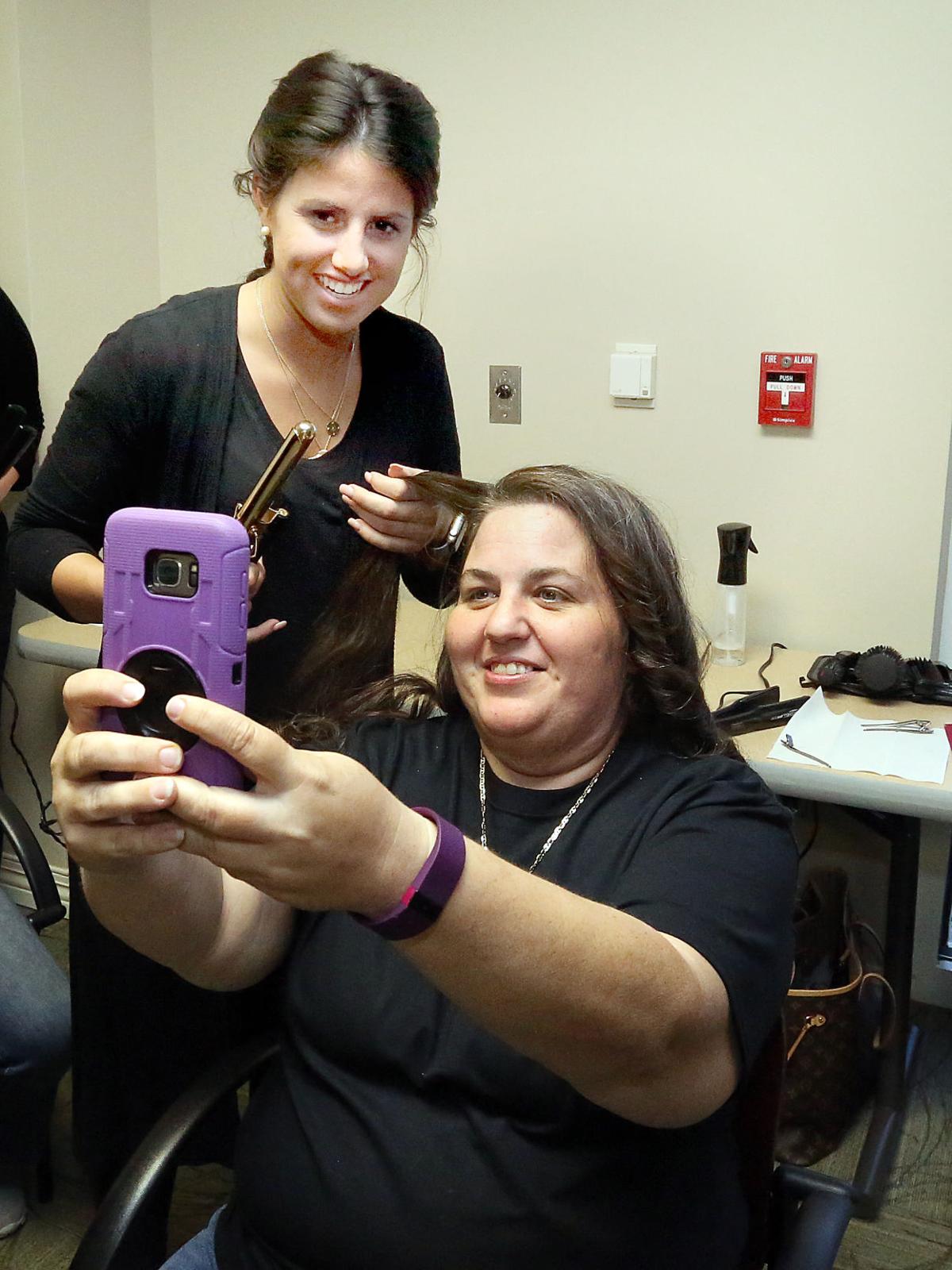 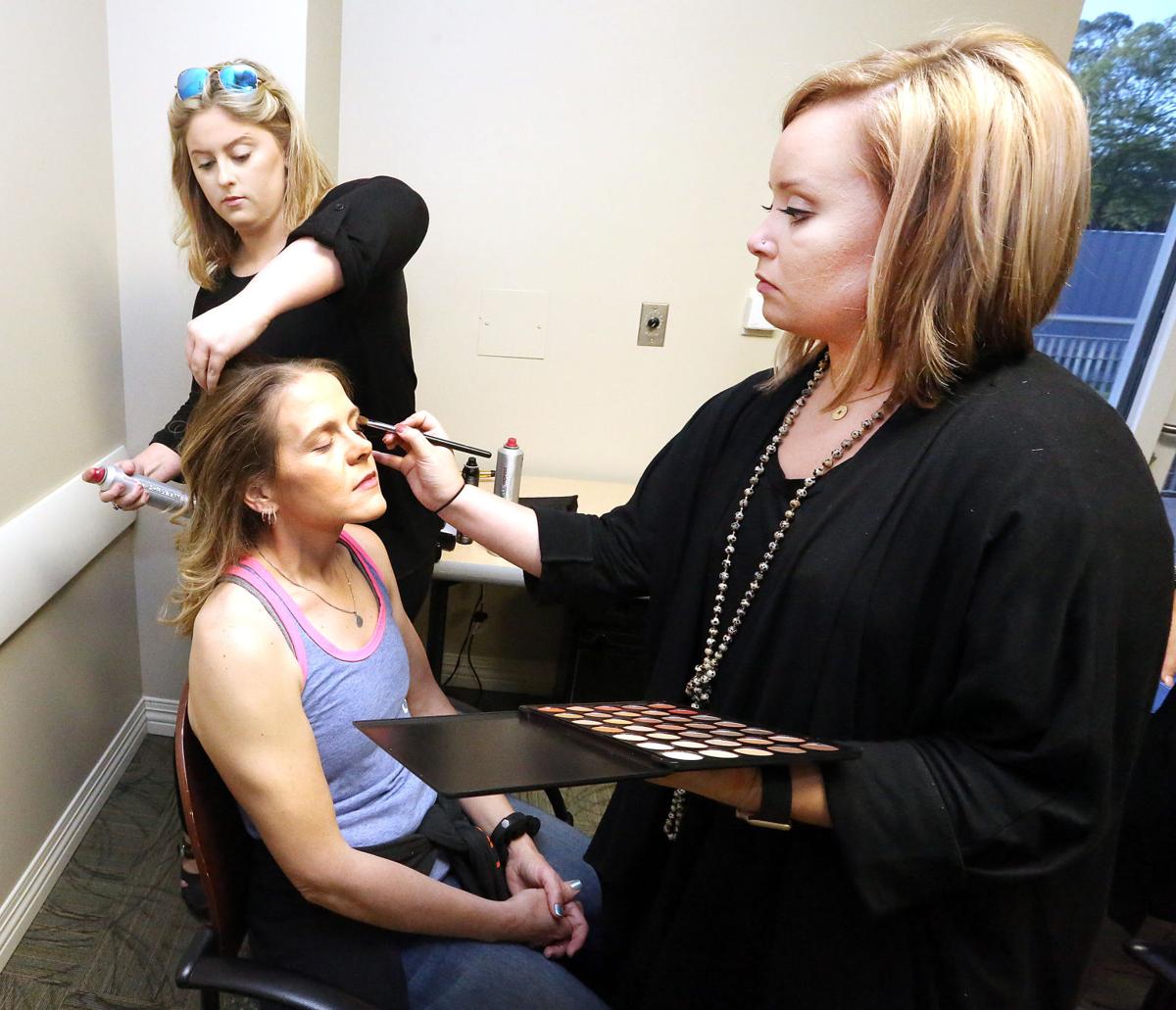 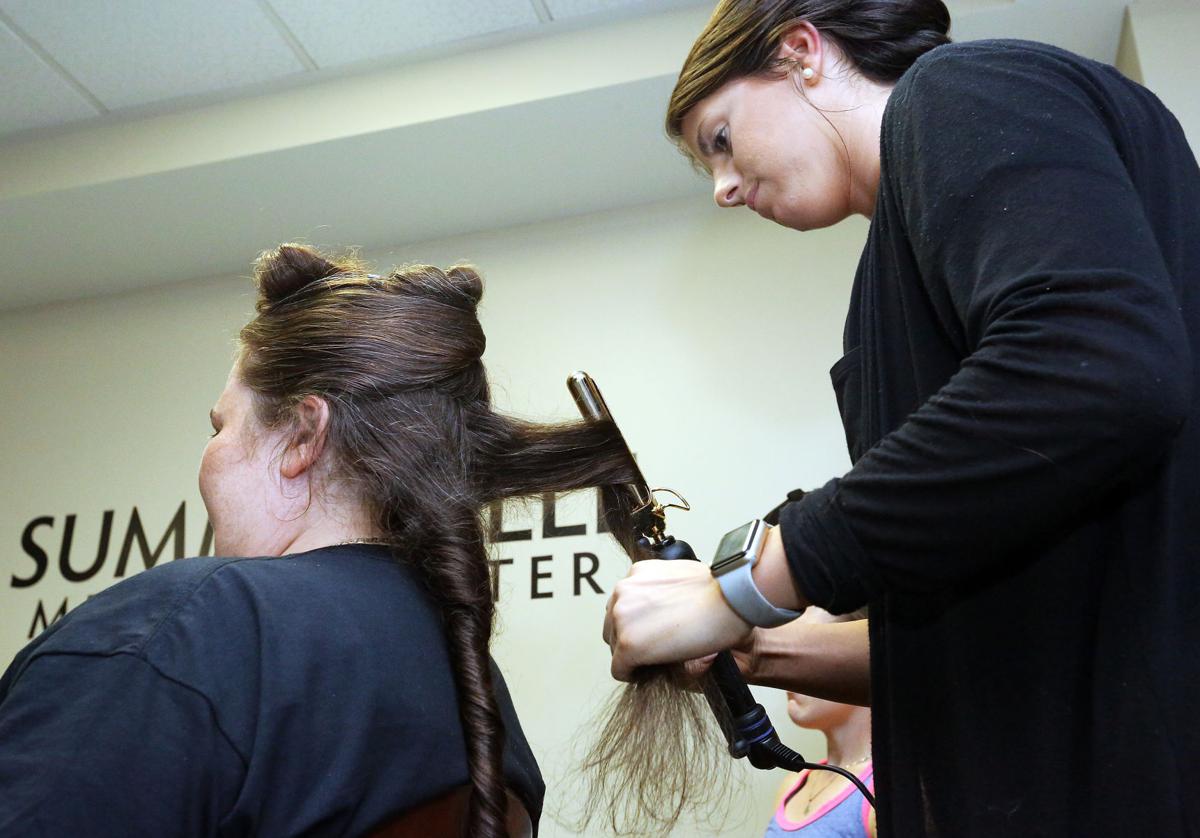 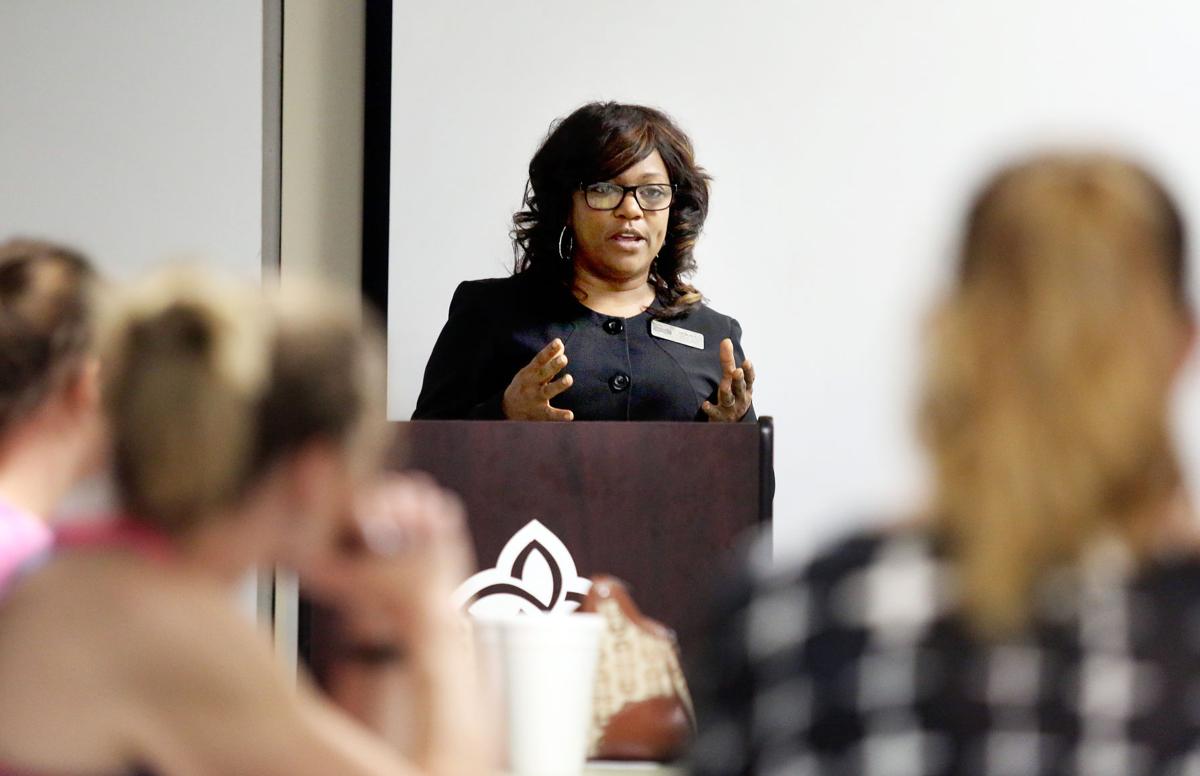 Jennifer Walls thought she had gotten off lucky. Many of the complications people have after weight-loss surgery, such as ulcers, gallstones and low blood sugar, she didn't encounter.

But four months after she had a gastric sleeve surgery, when a surgeon effectively reduced the size of her stomach, Walls noticed her hair beginning to fall out.

It was a disappointment, she said. But stylists who visited her weight-loss support group last Tuesday at Summerville Medical Center helped ease some of that frustration. A cosmetology student from the Paul Mitchell Beauty School wrapped Walls' thick hair around an iron until each piece fell in graceful curls to the small of Walls' back.

"My husband's going to be happy when I get home," Walls said.

Neil McDevitt, a bariatric surgeon at Coastal Carolina Bariatric and Surgical Center, said hair loss among his patients is common.

While temporary, hair loss following weight-loss surgery happens, McDevitt said, because the body limits its support of less important tasks, like hair growth, and directs its energy to essential functions.

The benefits of weight-loss surgery outweigh any cosmetic changes, he said. Notably, obese patients who lose a significant amount of fat mass will reduce their risk of high cholesterol, diabetes and heart disease. But the kind of cosmetic tweaks Paul Mitchell stylists were helping the weight-loss surgery patients — 80 percent of whom are women — with shouldn't be discounted. An improved self-image can mean better mental health.

Kenneth Mitchell, medical director of Roper St. Francis' bariatric and metabolic services program, said his patients often suffer from low self-esteem and low self-worth before losing weight. Finding employment or a life partner is often a challenge for them when they are obese, he said.

Such mental challenges can be just as important as blood pressure or cholesterol levels, he said.

"I think that the mental aspect is big," Mitchell said. "For a lot of patients, it’s the driving force to do what they do."

McDevitt said it is important to support patients as they go through drastic changes after surgery.

"The most obvious change is the face people see every day," he said. "That’s what people judge us by."

Penny White of Summerville had gastric bypass surgery five weeks ago. She said her view of herself has changed in the short time she's been recovering.

"It's going to change a lot more as soon as I can figure out how to do some makeup," she said.

White said she can get up and down from the floor to play with her granddaughter now. She has been able to work in her garden. She also dropped a clothing size.

"You have a lot more faith and confidence in yourself," White said. "When you're overweight, you're hiding."

Candidates must have excellent nutrition at the time in order to heal, he said. But he said there is nothing wrong with patients wanting to improve their physical appearance.

"They’ve worked so hard to get to this point to be healthy," he said. "It’s a chance to make over their physical appearance."