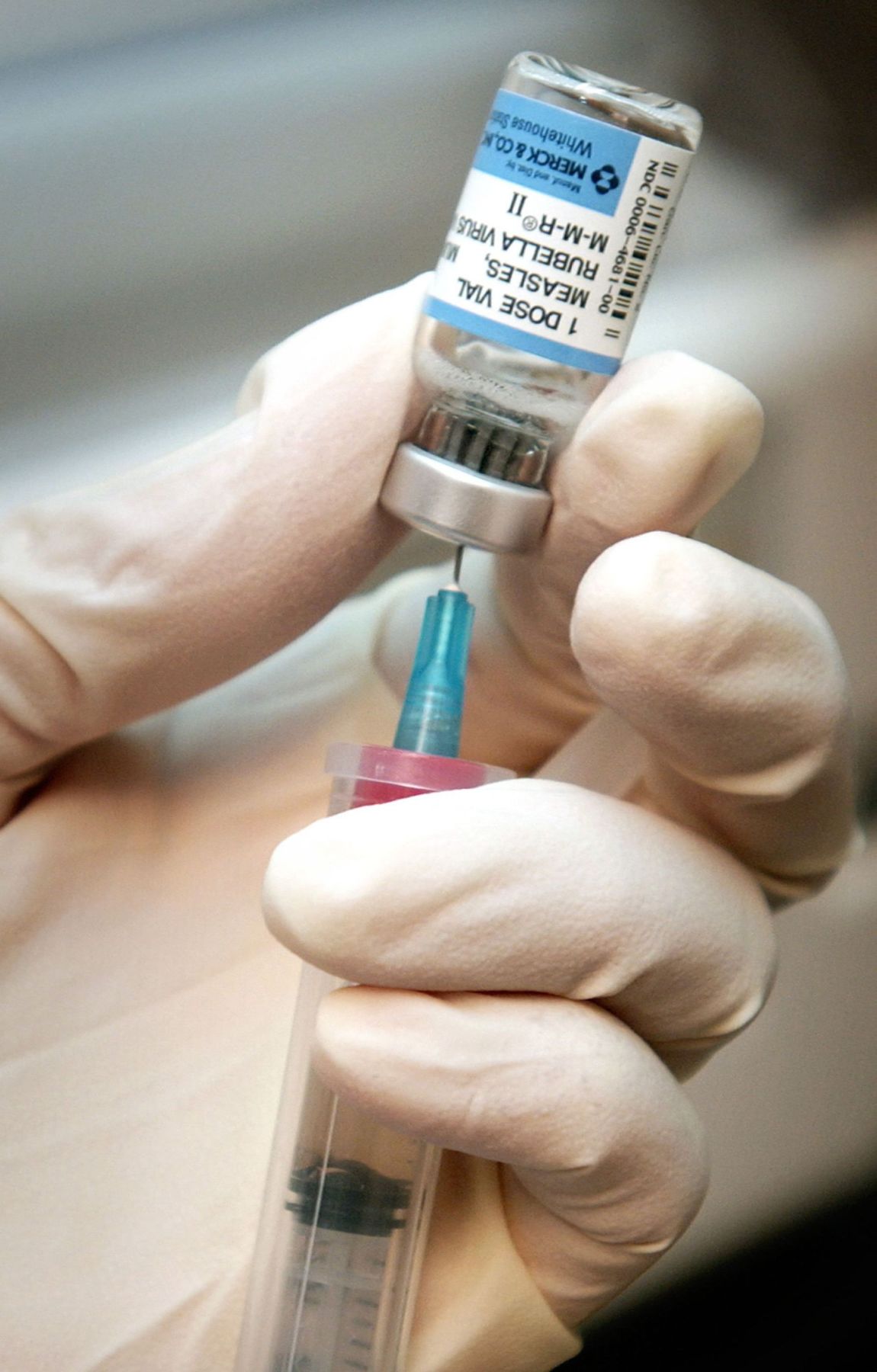 Between 2014 and 2018, the number of South Carolina students who were listed as religiously exempt from vaccination increased by nearly 20,000. 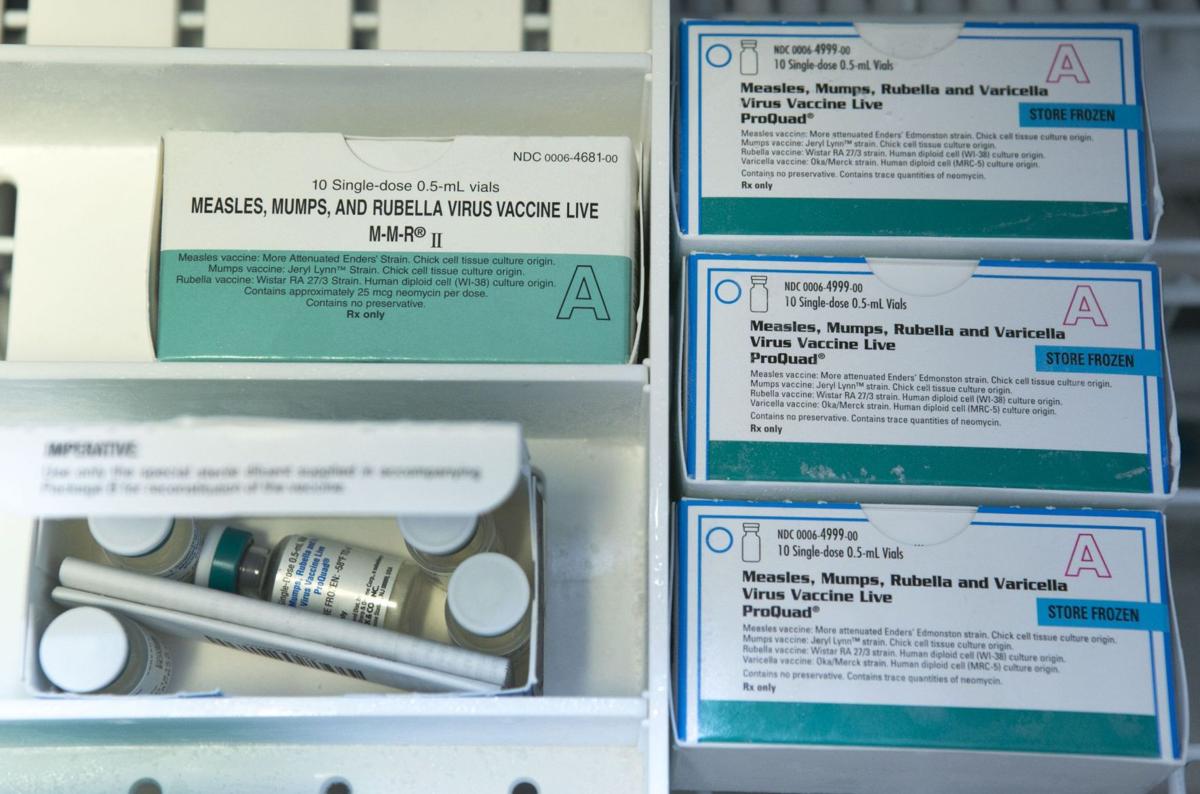 Boxes of single-dose vials of the measles-mumps-rubella virus vaccine live and ProQuad vaccine are kept frozen inside a freezer.

Between 2014 and 2018, the number of South Carolina students who were listed as religiously exempt from vaccination increased by nearly 20,000.

Boxes of single-dose vials of the measles-mumps-rubella virus vaccine live and ProQuad vaccine are kept frozen inside a freezer.

With Washington state reporting more than 60 cases of the measles and declaring a state of emergency in the past couple of weeks, the possibility of a similar outbreak happening in South Carolina has become a hot topic of discussion.

Between 2014 and 2018, the number of South Carolina students who were exempt from vaccinations for religious reasons increased by nearly 20,000. Though well over 90 percent of South Carolina residents are vaccinated, some experts still believe that there is a possibility for an outbreak similar to Washington’s.

Measles is an incredibly contagious virus that spreads through the throat and nose mucus of someone with the infection. The most recommended method of preventing the virus is the Measles, Mumps, and Rubella or MMR vaccine. In South Carolina, students can be exempt from the mandatory vaccine through religious or medical exemptions.

“The best way to prevent outbreaks is getting vaccinated,” said Dr. Tracy Foo, a medical consultant for the S.C. Department of Health and Environmental Control.

As of right now, the general recommendation is two doses of the vaccine. The first dose of the MMR vaccine should be given between the ages of 12 and 15 months to assist in the prevention of viruses like measles.

DHEC tracks cases and locations to know where there might be clusters of disease.

Though some of the more common symptoms of the virus include coughing, fever and rashes, there are possible severe complications.

The Centers for Disease Control and Prevention found one out of every 20 children infected with measles gets pneumonia, which is also the most common cause of death in young children with the virus. Brain swelling is another possible complication.

For every 1,000 who get the virus, one or two will likely die from it, according to the CDC.

"We hope it doesn't require a death of a child to make parents believe in science," said Dr. Robert Ball, an infectious diseases professor with MUSC.

Mack explained the virus can live two hours in the air. If one person has it, 90 percent of surrounding people without the vaccine will be infected, she said. This is also where the risks of a larger South Carolina outbreak come into play. If the virus makes its way to the right cluster of unvaccinated people, it could kick-start an outbreak.

Some of the most common arguments against the use of the MMR vaccines or vaccines in general is the risk associated with vaccine injury and the highly refuted link with autism.

When the National Childhood Vaccine Injury Act was passed in 1986, it created a federal vaccine compensation program. Though there have been children who have been awarded compensation, most cases are incredibly rare.

“In general, it is a safe vaccine,” Foo said.

In the past, Mack said, when a now-debunked study by a former British doctor named Andrew Wakefield, who later lost his license to practice medicine, speculated that the MMR vaccine was possibly linked to autism, it jump started the conversation on vaccines from being a medical one to a philosophical one.

Though Wakefield’s study was highly criticized and immediately refuted for problems that included a small sample size and highly speculated results, the controversy still persists.

Dr. Eric Brenner, an epidemiology professor with the University of South Carolina, said linking autism with vaccines would be the same as linking applesauce or breast milk with autism. Just because children with autism coincidentally consumed these things, it doesn't mean it was the cause of the disorder.

"There's no association between measles and autism," he said.

Some people still aren't convinced about the vaccine's safety.

Dr. Adam Duncan, a South Carolina chiropractor, believes that parents should have the right to choose whether to immunize their children. He also argues that South Carolina should adopt a philosophical exemption option for families who are against the vaccine beyond just religious reasons. He believes the risk of vaccine injury is enough to warrant refusal.

Mack, the pediatrician, said she wants to see the conversation move away from a philosophical discussion and move back to a medical one. In her experience, she has found that when she sits down and has a lengthy conversation with parents about vaccinations, they usually come around to getting the vaccine.

That's why she thinks pediatricians should be the ones to refocus the conversation back to medicine.

“I think our job as pediatricians is to take it back,” she said. “We can talk parents through this.”

Both the CDC and the state health department highly recommend the MMR vaccine as being one of the top preventive measures against measles. By avoiding vaccination, Mack explained that it puts a lot of other people at risk.

For people whose immune system isn’t strong because of things like cancer, or for babies who aren't old enough to get the vaccine, they rely on everyone else to be vaccinated, she said. This is especially important for pregnant women who, she explained, have a higher chance of dying from the measles.

“It’s our duty to protect those people,” Mack said.