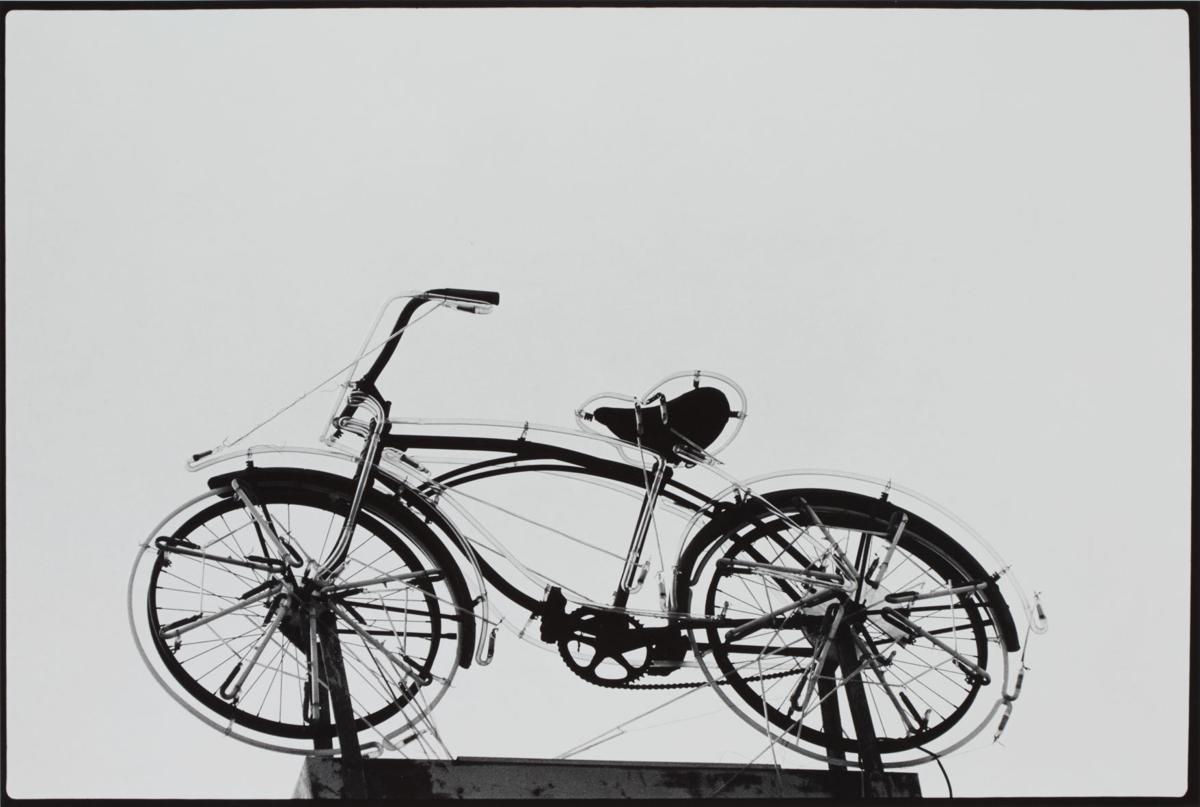 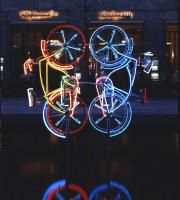 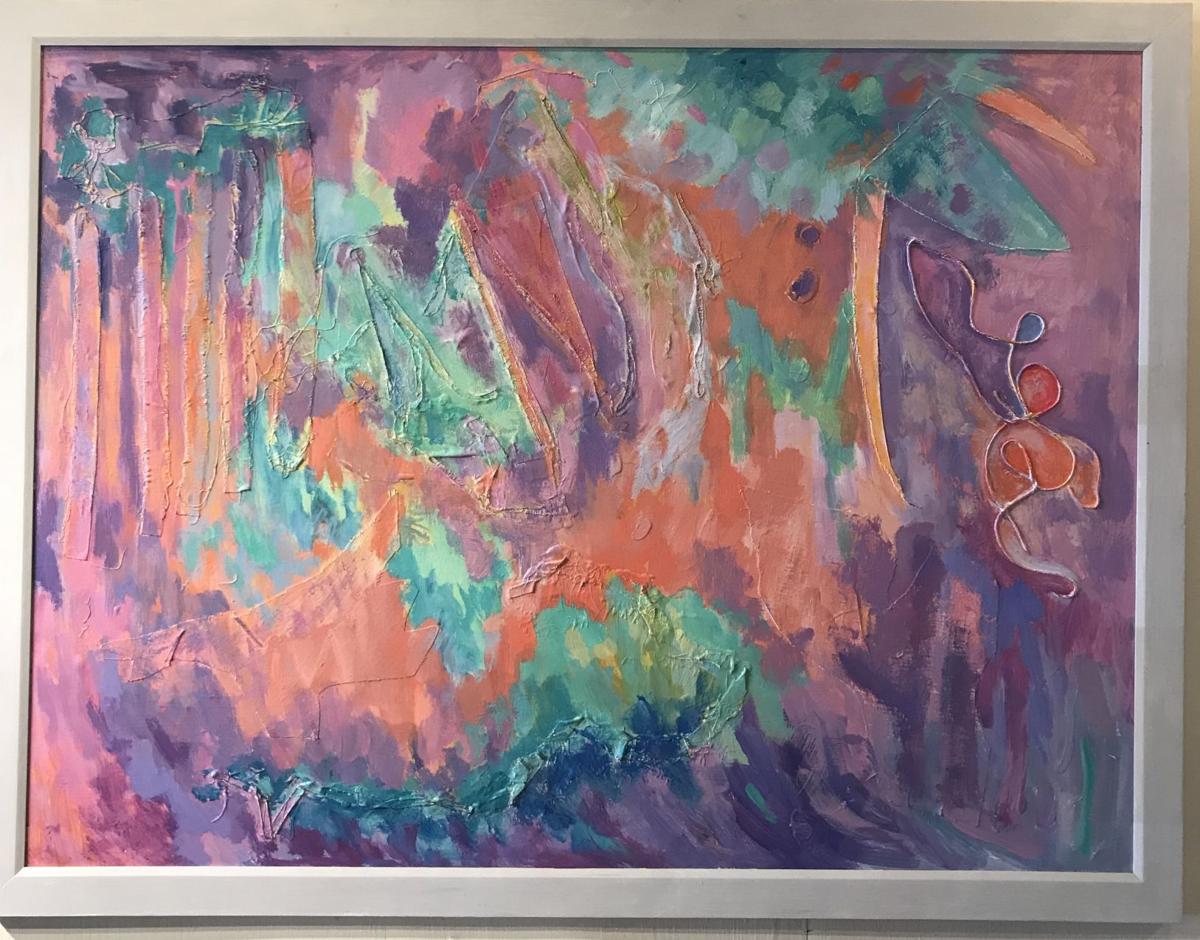 "Fantasy" by Corrie McCallum is on display as part of a solo exhibition at Lese Corrigan Gallery through September. Provided 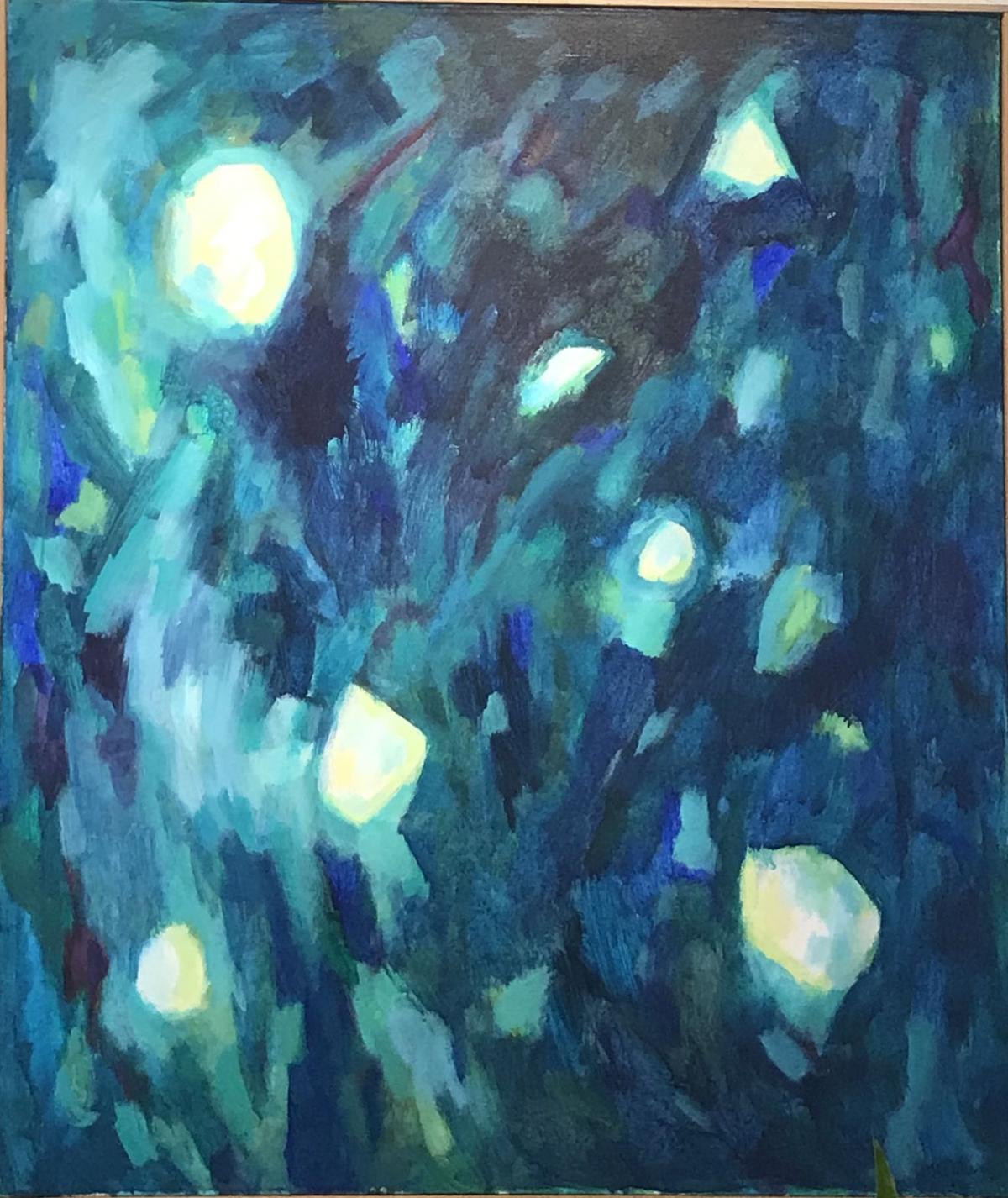 Artist Corrie McCallum's paintings are powered by intense use of color. Provided 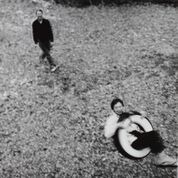 Apart from envisioning Don Draper of “Mad Men” stewing over an old-fashioned at the Dewberry hotel bar, it takes a mighty big conceptual leap to conjure a mid-century modernist ethos amid Charleston's Georgian balustrades and stately oil portraits.

However, while this city may register more antebellum than post-modern, it nonetheless lays claim to the works of some significant artists who took many an aesthetic cue from the emergence of abstract expressionism in the 1940s and 1950s.

Whether they were informed by it, like the Charleston-based Corrie McCallum, or were responding to it, like artist Robert Rauschenberg when creating work in Charleston, the results of their approaches were a far cry from the ubiquitous renderings of steeples, street vendors and single houses.

Unfettered by Charleston's storied realism — and its historical context — both freely followed the city’s inherent lines, textures, tones or colors, casting an abstract eye on its facades and filigrees, flora and fauna. They did so in the latter part of the twentieth century, with their efforts in the 1980s and beyond offering new vantages on the frequently immortalized place.

This fall, both artists are the subject of solo exhibitions. At the Gibbes Museum of Art, there is "Rauschenberg in Charleston," which shares photographic works and others by the pop art pioneer when he trained a camera on Charleston.

And, at Lese Corrigan Gallery, there is "Celebrating Corrie McCallum," the famed abstract artist and Sumter native who spent the better part of her life in Charleston painting and teaching art, and who died in 2009.

Rauschenberg, who died a year before McCallum in 2008, first discovered the city by way of Black Mountain College, North Carolina’s bastion of experimental art where he was a student from 1949 to 1952.

Taken with Charleston, the then-photography-focused young artist used its streetscapes and buildings as a subject. Then, in the early 1980s, he returned to town to capture it for his project “In + Out City Limits.”  Spanning six cities, his images covered Charleston, Boston, Baltimore, Los Angeles, New York and Fort Myers, Fla.

His Charleston images reveal a locale far less gussied-up than the place we know today. One after another black-and-white, gelatin silver print plays up lines, angles and patterns. In doing so, they manage to wrest their historical context from them, visually deferring to those geometric compositions.

Forget nosing around their medicine cabinet. Judge Charlestonians by their coffee table

On a weathered porch, laundry lines rhythmically mete out white linens. On The Battery, geometry asserts itself once more in his framing of a circular cannon, a triangular mound of balls and the rectangle of a Charleston bench.

Then there's that bicycle. One photograph has as its focus the neon-wired bicycle atop the sign that once flagged Robinson’s Bicycle and Toy Store (and which still perches on that sign, now designating Basil restaurant on King Street).

That seemingly benign, lighted bike apparently loomed large in the artist's mind throughout the 1990s. The image was used in a poster the artist later created that is on display in the exhibition.

In 1991, the bicycle image was tarnished with brass, bronze and copper for his work "Bible Bike (Borealis)." In his 1998 "Riding Bikes" public art sculpture in Berlin, two such neon-lit bikes are mounted vertically, facing one another as if they were mirror images.

Over at Lese Corrigan Gallery, “Celebrating Corrie McCallum: Painting” takes a joyous turn for the colorful in several works, which like those in the Rauschenberg show, were mainly created in the 1980s.

While her earlier work dating back to the 1940s proudly portrayed Charleston structures, here she wavers between the realistic and the abstract. That’s no bold departure. After all, she and her husband, artist William Halsey, had been long and at times seemingly lone champions of abstract expressionism in Charleston.

In these, McCallum is unabashed supplicant to the ways of color. It effuses giddy, fluid Charleston gardens dancing in riotous merriment with pinks, teals and blues. Again, color saturates "Fantasy," the abstract, textured work of acrylic and collage, which, akin to Rauschenberg’s famed “Combines,” incorporates rough material into the piece, soaking up thick layers of violet, salmon, mint, turquoise and royal blue.

It surges teal through the lively ocean water in “Boneyard, Bull’s Island.” In "Eyes of the Night," her hues dive as deep midnight as your own soul, and glow as luminescent yellow as your very spirit.

According to Paige Slade, McCallum’s daughter, her parents socialized in both New York and Charleston with artist Jasper Johns, a fellow South Carolina native who had a house on Edisto Island.

Rauschenberg, who was a prominent part of Johns's circle along with composer John Cage and choreographer Merce Cunningham, himself provides photo-documentation of his days on Edisto in the image "Jasper & Lois–Edisto, S.C., 1961," which is on display in the current exhibition.

Whether or not you care to join me in indulging any possible reverie concerning two vastly different, yet artistically kindred souls swapping notes on their takes on Charleston, this much is self-evident: Those two inimitable takes make for a perfectly-paired gallery hop in Charleston this month.

When it comes to great arts towns, Charleston doesn't make Top 10. Here's how to fix that