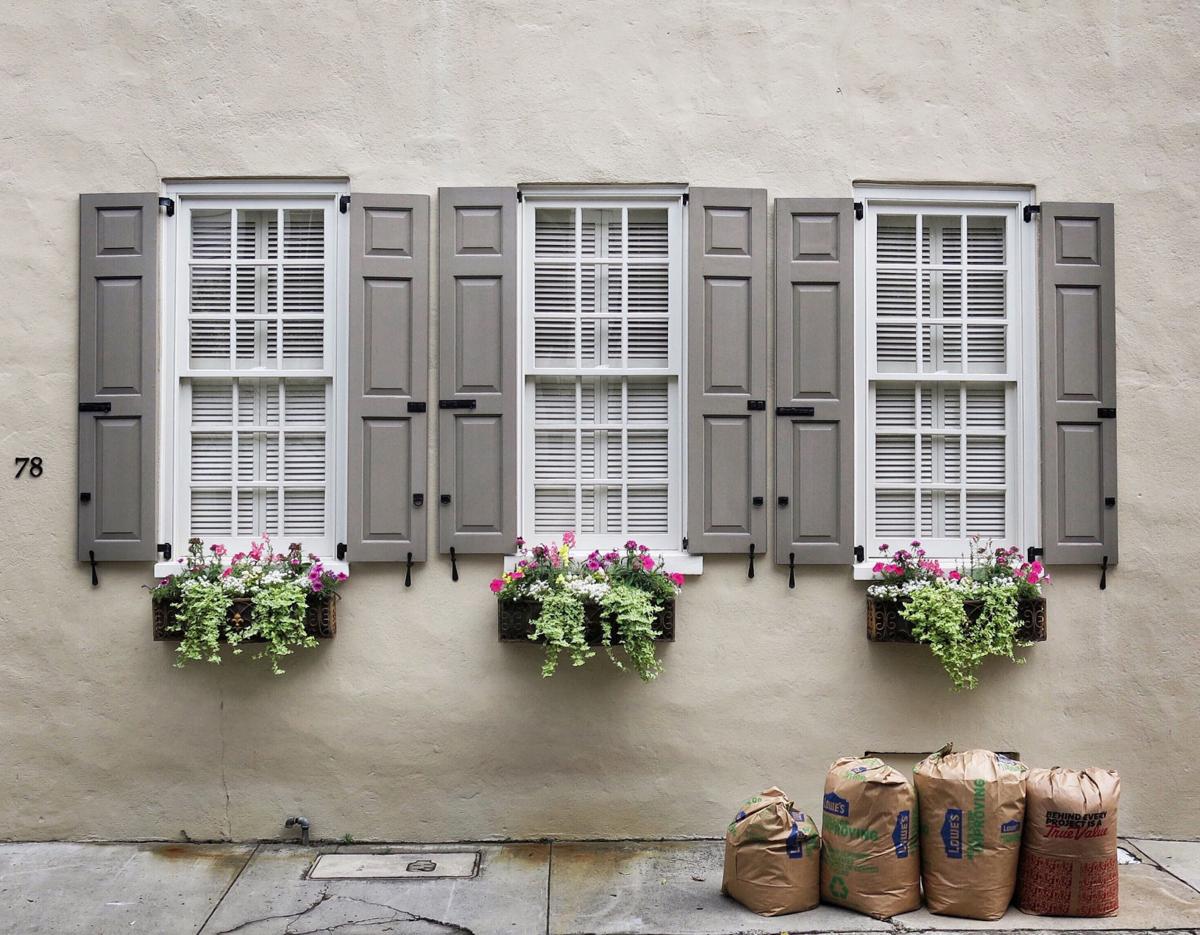 Experts are encouraging Lowcountry residents to "leave the leaves" in the yard this fall season. Matthew Fortner/Staff 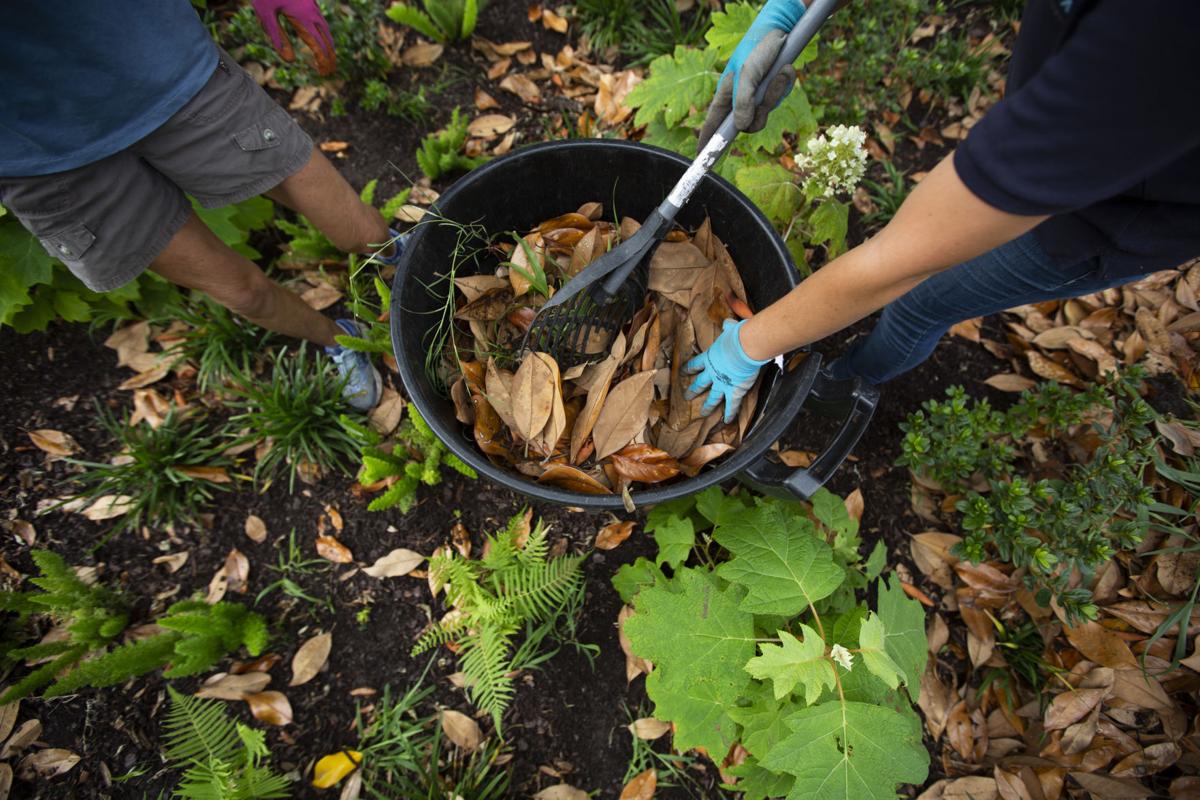 Raking multicolored leaves into a pile, jumping into them and bagging them up may seem like a harmless fall ritual.

But environmentalists are informing the public to leave the chore behind.

Experts say gathering up your foliage may be more detrimental to your lawn, contribute to global warming and harm the habitats for a variety of South Carolina birds, frogs and butterflies.

The National Wildlife Federation is encouraging Lowcountry locals to "leave the leaves" this fall season, and opt for a colorful front lawn this season instead of a clear one.

David Mizejewski, a naturalist for the NWF, said residents should let fallen leaves break down naturally, which helps improve the soil, keeps cocooning caterpillars undisturbed and attracts varieties of animals who feast on leaf litter.

"If you're thinking about your yard as a habitat for songbirds, butterflies and such, then the leaves are super helpful," Mizejewski said. "Leave the leaves where they lie."

It has become a form of convention to rake our leaves. Many Charleston-area residents in subdivisions or home owner's associations have become conditioned to bagging their leaves and placing them at the curb. It's a tradition that could have deadly consequences.

Leaves are taken to local dumps and landfills, where they are eventually turned into methane gas or other toxic substances and converted into greenhouse gases, which Mizejewski said contributes to global warming. He said it doesn't make sense, especially because the decaying leaves can make a Lowcountry lawn thrive with nutrients.

"We've been trained to give up our fall weekend to rake them and bag them up," Mizejewski said. "But then we go out and buy fertilizer."

Additionally, endangered species of amphibians such as toads, frogs, and salamanders often make a home in the decaying leaves and can be disturbed during raking. The reduction of their homes doesn't help their often already- slim chances at survival. Mizejewski said that at lease 40 percent of amphibian species are endangered because of decreasing habitats.

"It's serious business," Mizejewski said. "Some of these organisms are plummeting, and all they need is a place to cohabitate."

Jay Keck, habitat manager for the South Carolina Wildlife Federation, said there is a wide variety of Palmetto State organisms that can be harmed by raking up backyard leaves.

Animals at risk include the luna moth, a large-winged insect nearly as big as a human palm. Their cocoons often fall and burrow in leaves, where they rest until springtime. Birds such as the brown thrasher, gray catbird and eastern towhee (often called the "drink your tea bird" for its unique song) all rely on bugs tucked away in leaf litter to survive.

Red oaks, live oaks, white oaks and  sweetgum trees are all common contributors to leaf litter in the Lowcountry. But Keck said it's best to leave the leaves alone for all tree species.

Keck lives in Chapin, and said his property often is covered with leaves in the cooler fall months. When his boys want to play catch in the backyard, he needs to clear the leaves.

The solution: Put the leaves on other parts of your property such as garden beds and at the base of trees.

Snake bites at record pace in SC, but, no, they're not drought thirsty

"I do rake up my leaves, but then I relocate them throughout my property," Keck said. "People in subdivisions don't have the luxury of spreading leaves around. But, they should ask themselves, are they willing to sacrifice a little eye appeal for wildlife."

"Typically, you don't leave the leaves because the aesthetic often overshadows the micro-habitats," Kronsberg said. "Typically, in the park system, we're expected to have lawns green and clean."

Kronsberg did say the city will relocate some leaves to the flowerbeds of other parks to be used as mulch.

While environmentalists would prefer residents to leave their leaves, he know that it can be unrealistic for some households. Mizejewski and Keck both said the preferred method for clearing leaves is to mulch them with a lawnmower. That way, nutrients from the foliage are returned to the soil.

"It's a small step, but just by leaving some leaves you're helping wildlife in a large way," Mizejewki said.