But conversations to address these issues have often left out those from low-wealth communities, which leads to proposed solutions that don't have a large enough impact, according to Columbia-based Sisters of Charity Foundation of South Carolina.

The ministry recently collaborated with the University of South Carolina on a new study, "South Carolina: Structural Factors Associated with Poverty." 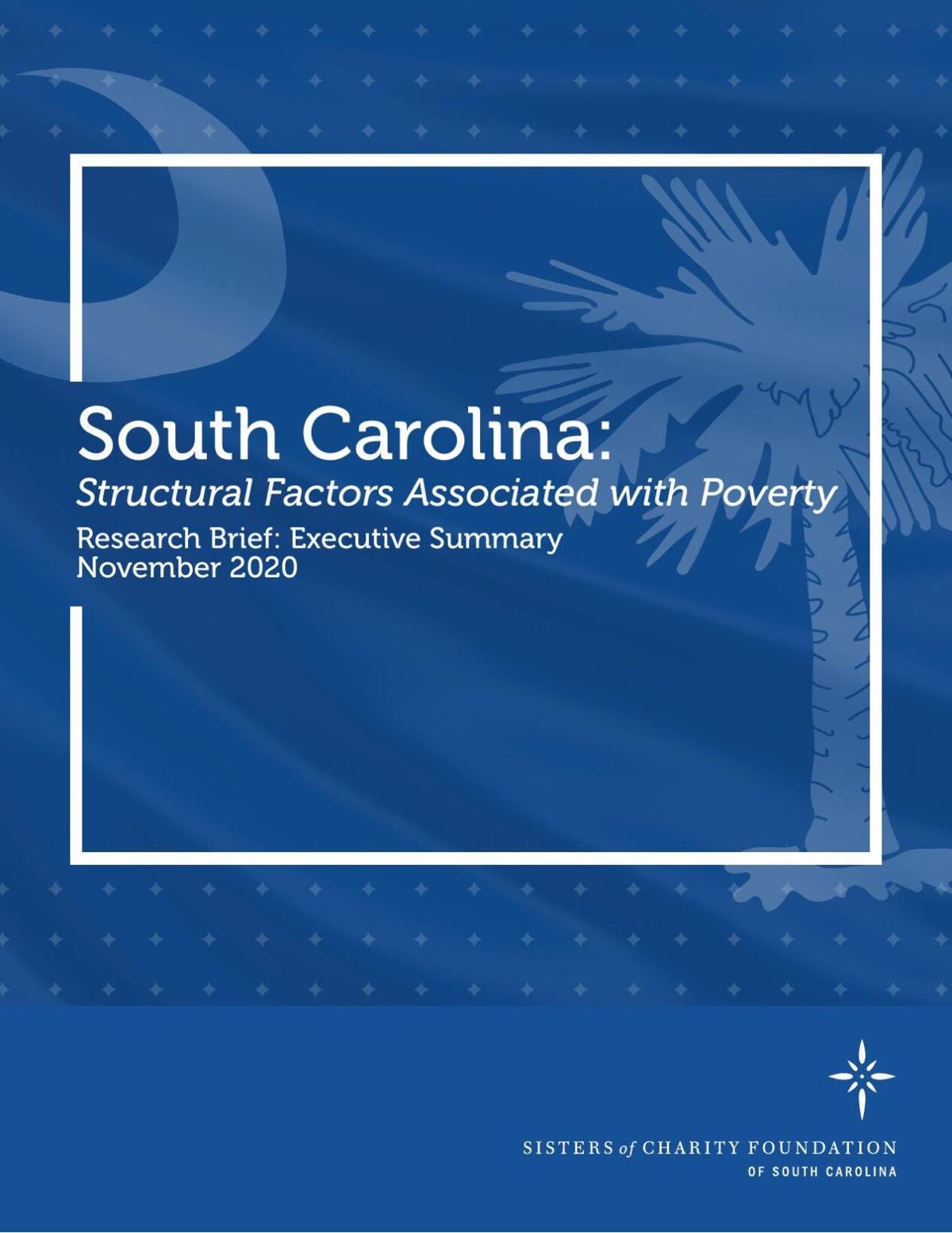 The project sheds light on structural barriers perpetuating systemic poverty, which the organizations hope will be used to spark meaningful conversations in communities about overcoming barriers.

"We're hopeful this is a product communities can use for themselves," said Melinda Merrell, a professor with the Rural and Minority Health Research Center at USC's Arnold School of Public Health.

During a virtual meeting on Jan. 27, researchers pointed out data they say proves a person’s racial or ethnic identity, gender and where they are born can present significant barriers to economic self-sufficiency in the state.

During a presentation entitled "Removing Barriers to Prosperity: Poverty By Design," they noted that in South Carolina, Black people make up 43 percent of the population in poverty, while only consisting of 27 percent of the state's population.

It reflects one of the main findings of the study, which shows the state's history of discriminatory practices created an economic disadvantage for Black people, Merrell said.

" 'Poverty By Design' illustrates that from the start of building of this nation, it was very clear whom individuals wanted to have power," said Chynna Phillips, Sisters of Charity foundation director of policy and research.

The research shows a number of counties are also combatting "persistent poverty," meaning 20 percent of the population has been experiencing poverty in every census since 1980.

“That’s a barrier to prosperity," Merrell said. “It limits the number of people who can come together to collectively advocate for their needs."

Affordable housing is also an issue.

North Charleston ranks first in the nation for evictions with a rate of 16.5 percent per 100 household renters and Columbia ranks eighth at 8.2 percent, researchers said.

The data shows that 80 percent of the state’s counties are at or above the national average for evictions.

Experts said this is due to the relatively high costs for rent in the state.

It also stems from a "landlord-friendly legal system" that enables landlords to file evictions cheaply, a fee of $40 compared with a national average of $110. Landlords also don't have to give a late notice to renters, and attorneys are not required to be part of the process. Those factors help speed up evictions, researchers said.

“These conditions combine to create an environment where evictions are used to merely obtain payment for rent rather than sending a late notice," Merrell said.

While moratoriums have been placed on rent due to the pandemic, people will have to make up those payments, Merrell said.

“That’s something we have to look at in the next few months so that people can maintain their housing," she said.

A number of South Carolinians also suffer from food insecurity, which is a lack of access to enough food to consistently support a household's traditional needs.

About 2.3 million residents lived in areas of low food access in 2015, and that has worsened with the closure of grocery stores over the years. Between 2016 and 2020, 105 grocery stores closed in South Carolina, the study said.

Many of those closures occurred in areas where people regularly experienced poverty.

Another area where people suffer due to low income is health care.

SC churches raise nearly $20K to pay off $1.5 million worth of medical debt for residents

The problem can be cyclical because people with debt delay getting proper health care.

“Debt really is a block to families being able to get on that pathway to prosperity," Merrell said.

Experts hope the information leads to change. The strategy of Sisters of Charity Foundation is looking to build a robust network of people with lived experiences. The foundation will stand alongside them in advocating for policies that could lead to solutions in addressing poverty, Phillips said.