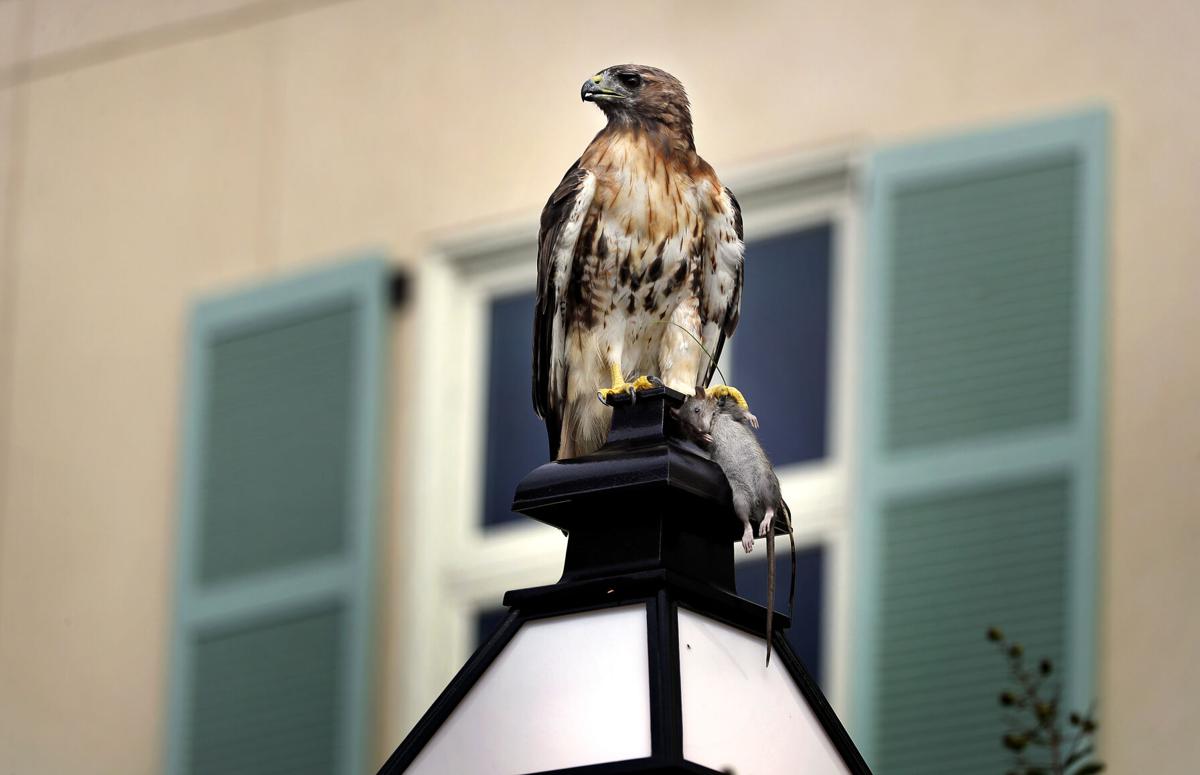 A hawk rests atop a light post in Marion Square near the Hotel Bennett with his morning catch, a rat caught moments before on Tuesday, Aug. 25, 2020, in Charleston. Grace Beahm Alford/Staff 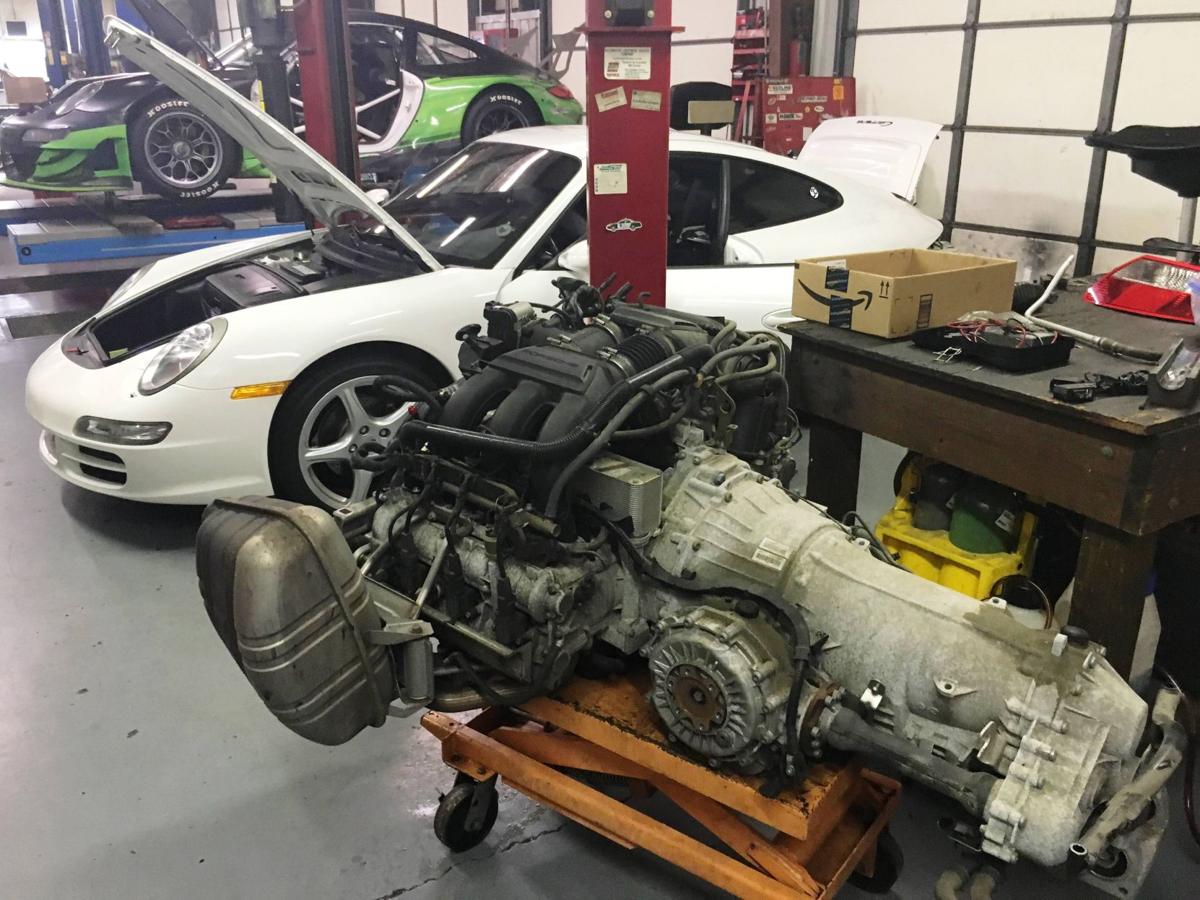 In June 2016, the engine had to be removed from Thom Penney's Porsche 911 after a rat built a nest in the engine and chewed wires. Provided. 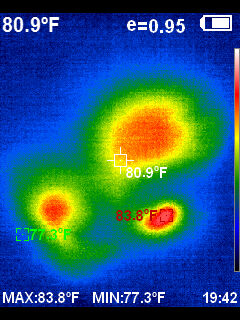 An infrared camera shows where an adult rat with two young rats are located above the ceiling in a building. Provided/Mark Marenakos

The first sign of a problem might be scratching sounds coming from the attic, or a chewed-through bag of seed or pet food in the garage.

Smart, nocturnal and quick to reproduce, the known carriers of diseases are common throughout the South Carolina Lowcountry.

They like to nest in homes, particularly attics and crawl spaces, and sometimes in vehicle engine compartments.

“It’s a pretty big problem lately," said Brian Medina at Carolina Exterminating. "With all of the construction going on, they have been pushed out and have to go somewhere, especially in the Summerville area.”

'This is our town': Rats invade some Charleston neighborhoods near closed restaurants

Oh, and also on the barrier islands, Medina said.

"The roof rats out there have always been a problem," he said. "They prefer attics."

Some people associate rats with dirty conditions, but longtime area residents know them to be a common pest that can target any home.

“I’ve been here my whole life and I’ve had rats in my houses since day one," said Isle of Palms Mayor Jimmy Carroll. “Every community has them."

“So many people have had them in their houses and cars," he said. “I had two cats and they were rat cats, and coyotes got one of those."

On Kiawah Island, the use of rat poison was blamed in 2020 for a plunge in the town's bobcat population. Hundreds of households and dozens of pest control companies pledged to stop using certain rodent poisons in response.

Rat poison can work its way up the food chain, harming cats and birds of prey as well as bobcats.

"We don’t recommend using rodenticide at all, because they (rats) are going to look for the darkest, deepest place in your home to die in," he said. "That’s usually going to be in a wall, and the odor can last for 14 days."

“Some people will be tempted to buy a bunch of poison and throw it under there, but then you can have odor problems for a long time," he said.

“The best thing people can do is to seal off the ways they can come in," Marenakos said. "That’s better than poisons and traps and things like that."

That's the key to preventing rats, or getting rid of them, the pest control experts agree — figure out how they might get in, and seal off those routes.

And that's easier said than done. They can climb up, squeeze through small gaps, and enlarge holes by gnawing on them.

“If it’s any bigger than a nickel, then it’s getting closed up — that’s my threshold," Medina said.

Garage doors that don't seal properly and gaps around pipes are frequent problems, Marenakos said. And homes with ivy or decorative vines on exterior walls? He calls those "rodent ladders."

“They can get through a very small space and they are determined," he said.

Rats like warm, dark places, but they also seek food and water. They have a tremendous sense of smell — one variety has been trained to sniff out land mines in Africa — so they don't need to be inside a home to know that there's food there.

The pipes that drip condensation from HVAC systems can serve as water fountains for rats, Marenakos said, and the solution is to have those condensate lines drip onto sand or gravel.

Autos that are rarely used are also attractive to rats, which seem to like getting into engine compartments and chewing on the wires.

The good news is after doing the necessary work to keep rats out it's not too hard to eliminate any that have gotten in. Try a simple $2 snap-trap from a hardware store, baited with peanut butter or some other protein, placed along interior walls in areas rats have been visiting.

Just make sure to check the traps often, or eventually the smell will make it clear that a rat's been killed.

“A snap-trap? Sure, it will kill a rat, but there will be more later" if openings aren't sealed up, Marenakos said.