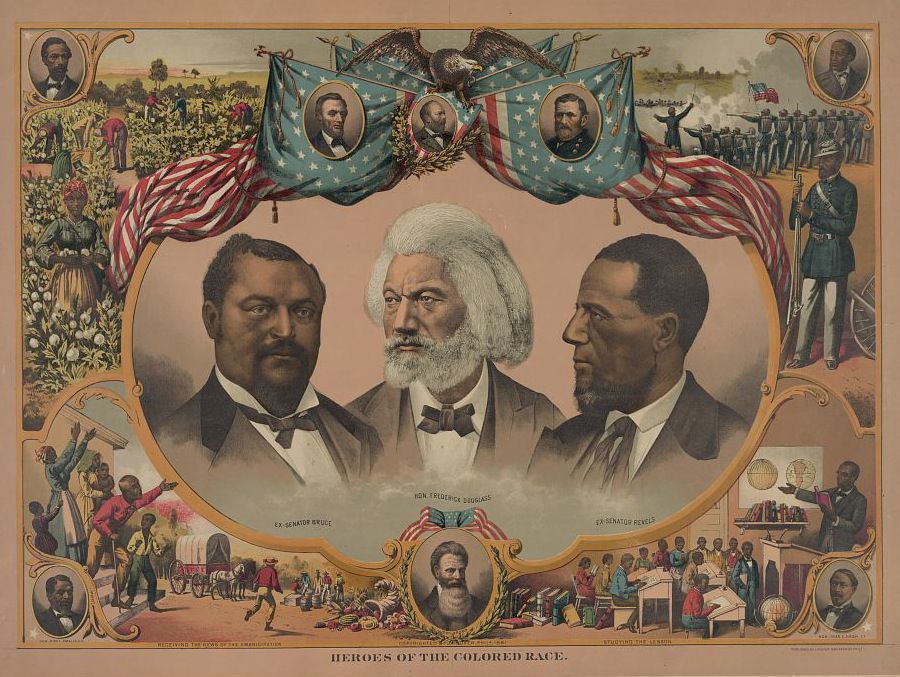 In the years following the Civil War, blacks for the first time ever had a say in state and national government. This 1881 print “Heroes of the Colored Race” shows Blanche Kelso Bruce, Frederick Douglass and Hiram Rhoades Revels. 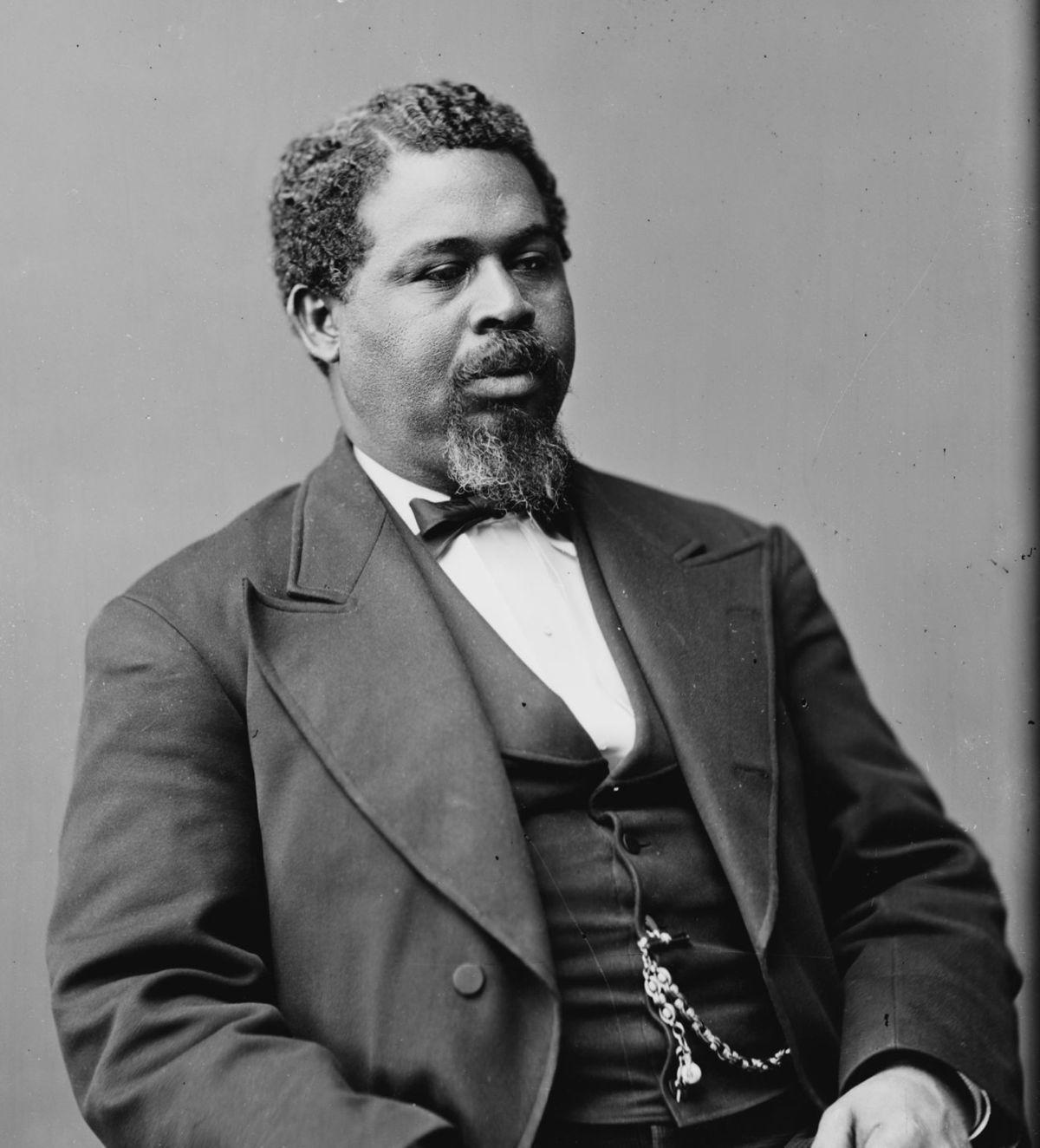 Robert Smalls was a former slave who went on to become a state lawmaker and congressman during the Reconstruction period. His legacy includes the creation of South Carolina’s public school system. 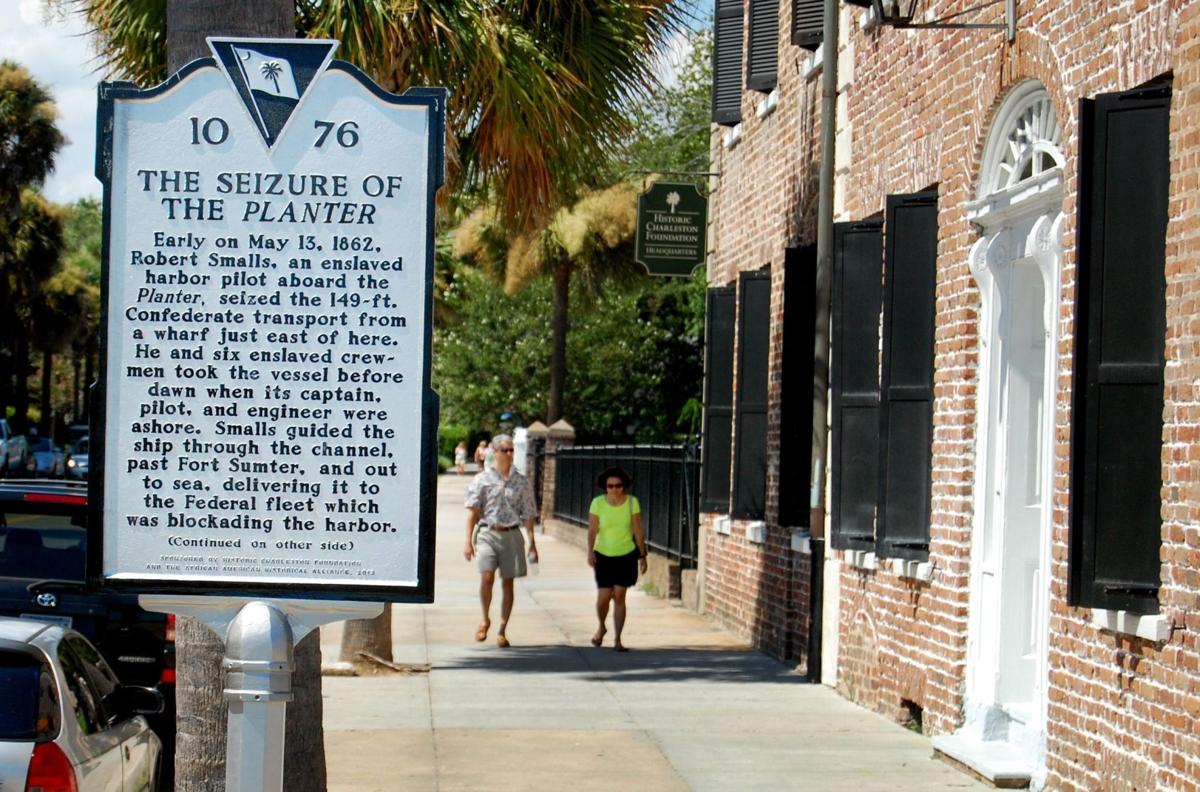 In the years following the Civil War, blacks for the first time ever had a say in state and national government. This 1881 print “Heroes of the Colored Race” shows Blanche Kelso Bruce, Frederick Douglass and Hiram Rhoades Revels.

Robert Smalls was a former slave who went on to become a state lawmaker and congressman during the Reconstruction period. His legacy includes the creation of South Carolina’s public school system.

In an effort to raise awareness about Reconstruction in South Carolina and the 1868 Constitutional Convention in Charleston, an event that opened the door to an unprecedented period of political and social equalization, local organizers will dedicate a new historic marker on Friday.

The marker, to be unveiled at 2:30 p.m. near the Waring Judicial Center garden on Meeting Street, will recall the highly contested convention and the political enfranchisement of African-Americans, many of whom had been slaves a few years earlier.

Of nearly 200 historical markers of all kinds in Charleston County, the new marker is the only one in Charleston to address Reconstruction directly and one of only 18 to address historical contributions of black people before the civil rights movement of the mid-20th century.

Its installation is part of a broader effort by historians and civic leaders to add more information and context to the public landscape of monuments, markers and historic sites. A related conference, “Freedoms Gained and Lost: Reinterpreting Reconstruction in the Atlantic World,” is planned for March 16-18 at the College of Charleston’s Addlestone Library, 205 Calhoun St.

“We are trying to give people a more diverse understanding of South Carolina history,” said College of Charleston history professor Adam Domby, who was part of the group that created the marker.

The 1868 convention resulted in a far more progressive state constitution, which in turn enabled many blacks to win public office. Whites vigorously resisted this effort.

Whites organized a convention of their own in an effort to undermine the process of enfranchisement. They devised a “register-and-reject” strategy, which aimed to get as many whites on the voter rolls as possible only to avoid the ballot box. A majority of registered voters was required to adopt the new constitution, so an abstention was equivalent to voting no.

But blacks, too, registered in large numbers, aided by Southern “scalawags” and Northern “carpetbaggers,” and ultimately prevailed.

Domby said the new marker is a tiny addition, one of many, that needs to be made to counteract the “Lost Cause” narrative promulgated by Confederate monuments and to better appreciate the larger freedom struggle that continues today.

“To undo the damage done by the mythology of Charleston created in the early 20th century requires that we do a lot of things, and one of those things is to correct the false narrative,” he said.

The new marker is on carriage tour routes, he noted. Hopefully, it will get tour guides to talk about more than moonlight and magnolias.

Michael Boulware Moore, director of the International African American Museum, noted that the events of Reconstruction have been “artificially suppressed,” particularly in the South. The marker, therefore, opens a window to a dozen or so years of enlightened 19th-century politics.

“For a brief period of time, it was a completely different world,” Moore said. “People who were previously enslaved, very quickly thereafter, some found themselves in key political and social positions. There was enormous social upheaval.”

It was quick to end. The Compromise of 1877 awarded the presidency to Rutherford B. Hayes in exchange for a promise to withdraw the last of the federal troops stationed in the South, thereby opening the door to a reassertion of white supremacy and institutional segregation.

The marker unveiling ceremony is sponsored by the S.C. Civil War Sesquicentennial Advisory Board and the College of Charleston’s Carolina Lowcountry and Atlantic World (CLAW) Program. It is open to the public.

Some conference events related to Reconstruction also are open to the public. For more information, go to http://claw.cofc.edu/.