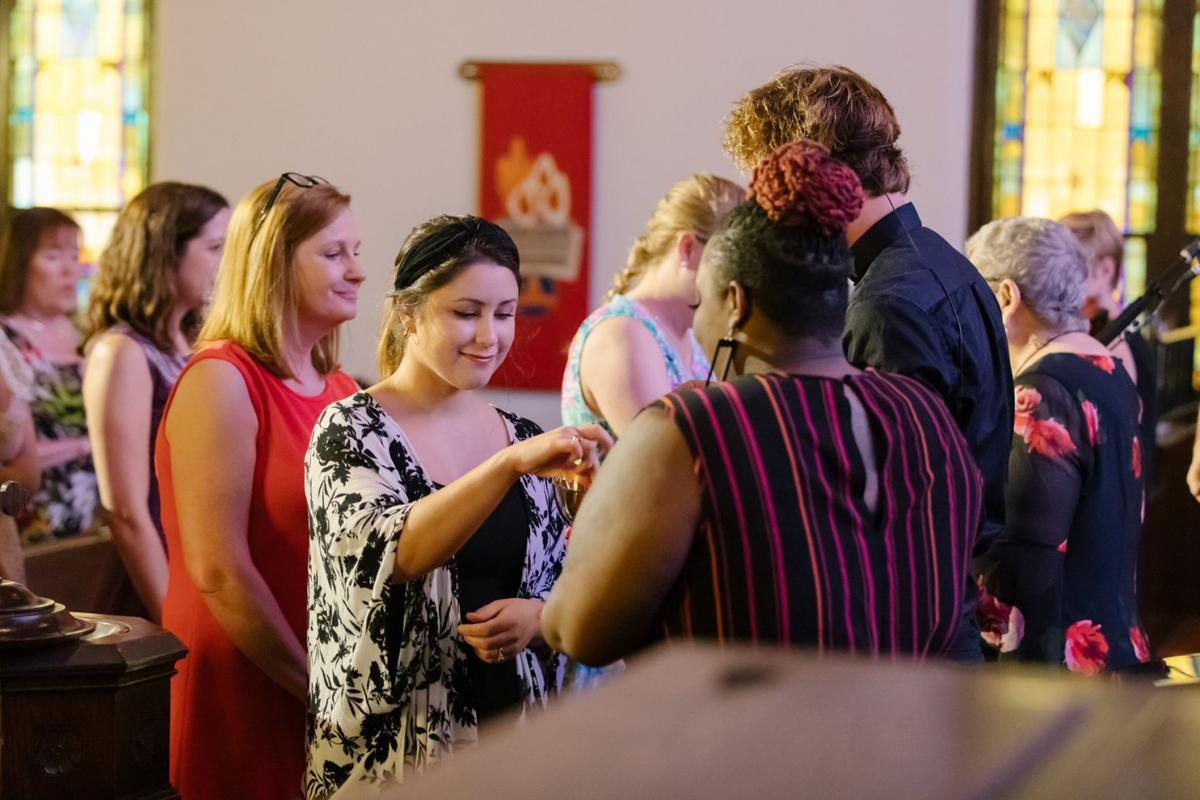 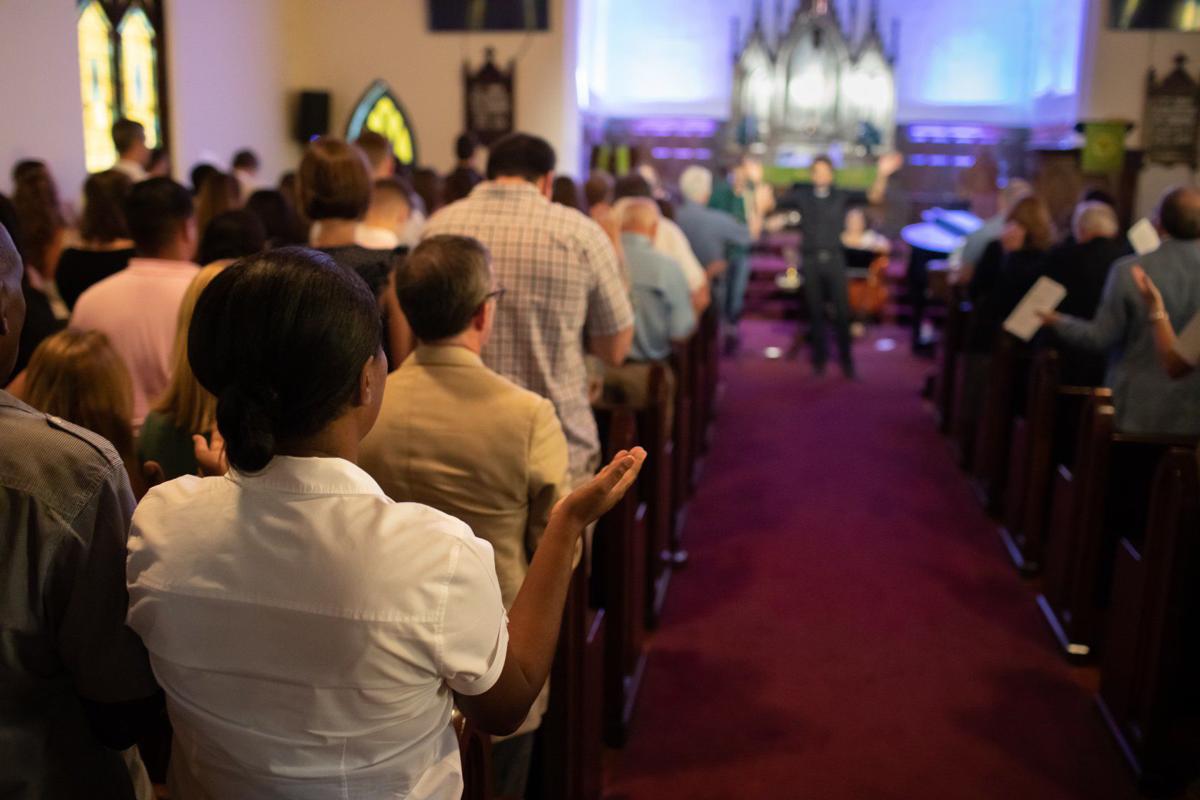 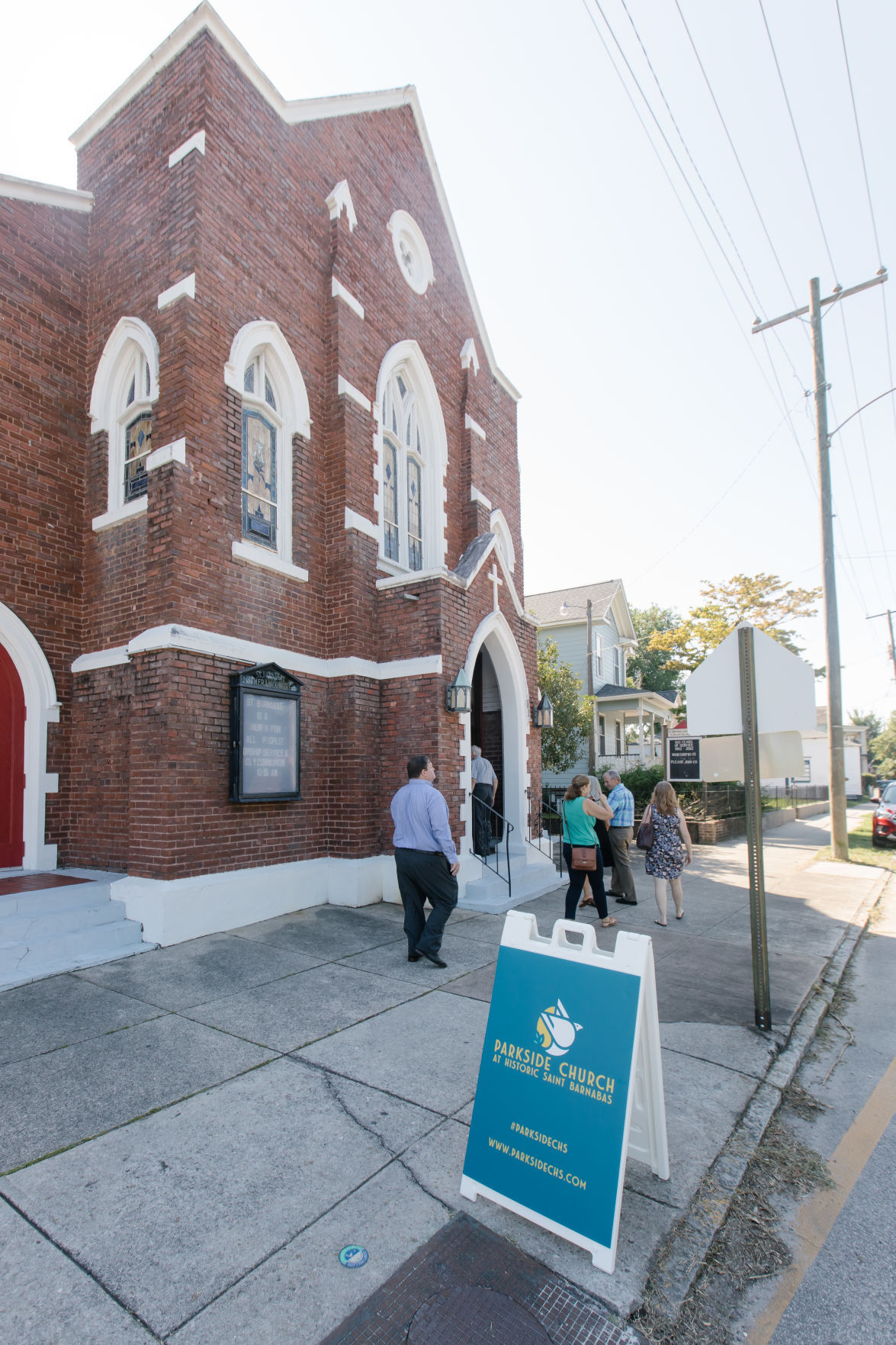 In an effort to attract millennial congregants, many churches have replaced hymns and steeples with contemporary music and auditoriums.

But one new Charleston church hopes to illustrate there are many millennials who want to experience God through age-old sacraments, songs and traditions.

Parkside Church recently launched its first worship experience at the historic St. Barnabas Lutheran Church, a 100-year-old sanctuary at the intersection of Rutledge Avenue and Moultrie Street downtown. Branding itself as the "creative new church in a historic sanctuary," the congregation consists mostly of millennial and Generation Z worshipers.

"The conventional wisdom is that young people want a rock concert," said the Rev. Colin Kerr, pastor of Parkside. "For a long time, we have really ignored the undercurrent and minority report of young adults who really want to experience the sacredness and otherness of God in worship."

Kerr, who formerly led a campus ministry at the College of Charleston and The Citadel, led worship services that blended liturgical and contemporary aspects. He pointed to studies and conversations with community residents and college students that have relayed young adults' interests in blending old and new religious styles.

At the same time, the congregation at St. Barnabas had been dwindling. Similar to others across the peninsula, old members have died as younger ones moved away and never returned.

Conversations between Kerr and Parkside and St. Barnabas had taken place over three years until the two churches reached an agreement to worship together. The partnership extends between two denominations, Presbyterian (Parkside) and the Evangelical Lutheran (St. Barnabas), both of which are trying to reach generations that have abandoned mainline denominations.

Decisions about the worship style were made by a team of 40 people who gathered information from residents about what they enjoyed and didn't enjoy about services.

Based on the responses, church leaders agreed to keep traditional aspects, such as the Doxology, Gloria Patri and Lord's Prayer. Communion is also served every Sunday.

But its blended with contemporary measures. Worshipers dress casually, bring coffee and sing contemporary music. The service ends with a Q&A, where parishioners can text questions about the sermon. The service also leaves out the Apostles' Creed, a passage some congregations recite weekly affirming their belief in the Holy Trinity, Jesus' resurrection and everlasting life. The creed is recited during Parkside baptisms and in membership classes.

Joshua Clark, 34, is one who left a megachurch in search of a place where he could be more involved and connected. Clark, a Mount Pleasant resident who was attending Seacoast, called the new church a "breath of fresh air" after leaving a Southern Baptist church, based on its policies.

But while Seacoast helped him develop friendships and consistency, Clark said he had to begin thinking "beyond myself."

"We are called to serve others," he said. “When I felt like I was not being challenged in that capacity, I started thinking about going in a different direction.”

He appreciated Parkside's emphasis on serving the sick and impoverished communities in the neighborhood.

The original members from St. Barnabas are excited about the change, as well, and are glad to see the church's future secure.

Tracy Cordray-Sovilla grew up going to St. Barnabas. It's where she was married and baptized. As the church was considering shutting its doors and moving elsewhere as membership declined over the years, Cordray-Sovilla feared that the sanctuary could be lost forever.

“My greatest fear is they would sell it to another developer downtown," she said, "and it would be another restaurant.”

It's been an adjustment. A church that once featured 20 members on Sunday morning now welcomes nearly 100. And worship services that were once strictly traditional now boasts hymnal lyrics on television monitors.

"The whole service is much more uplifting," she said.

One thing that hasn't changed much is the church's theological principles around inclusion. Parkside is LGBTQ-inclusive and Cordray-Sovilla said one longtime pastor had preached inclusion for years at St. Barnabas, emphasizing that all were welcome, regardless of race or sexual orientation.

“As traditional as it was, it was diverse," Cordray-Sovilla said of the church.