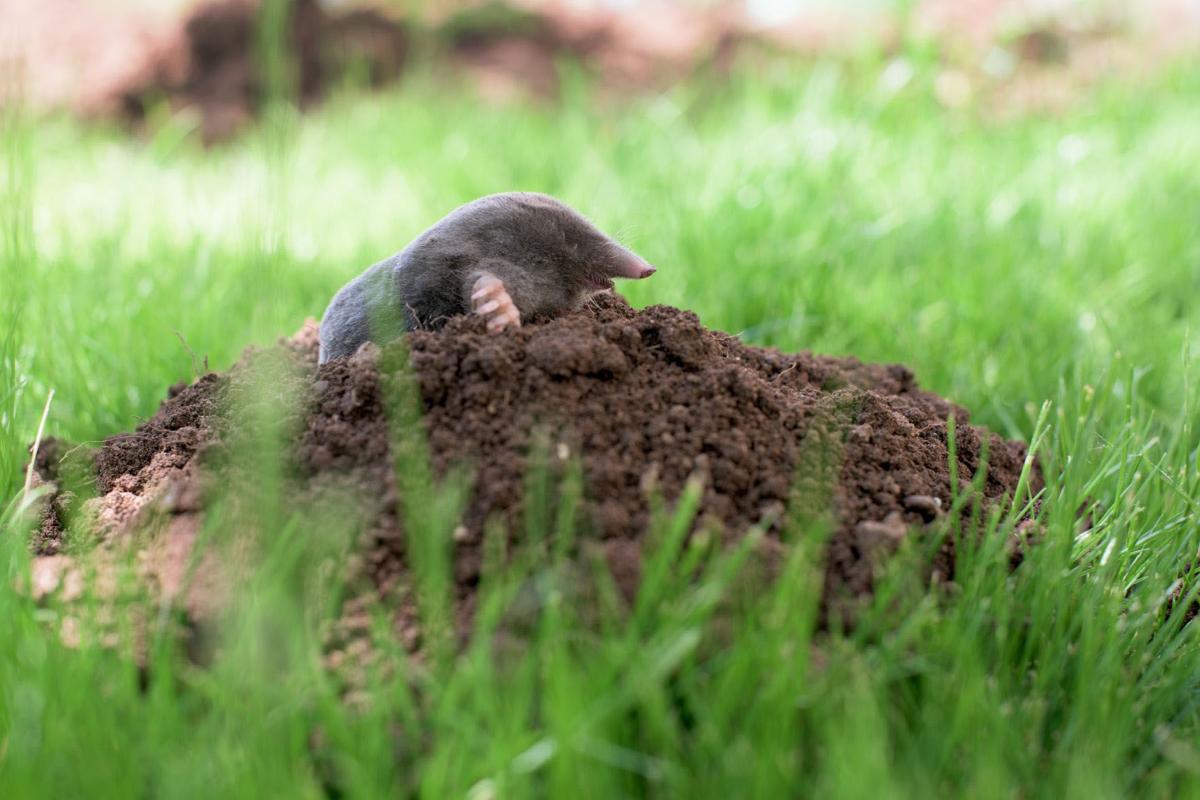 Moles can eat as much as 125 percent of their own body weight in a day. Provided 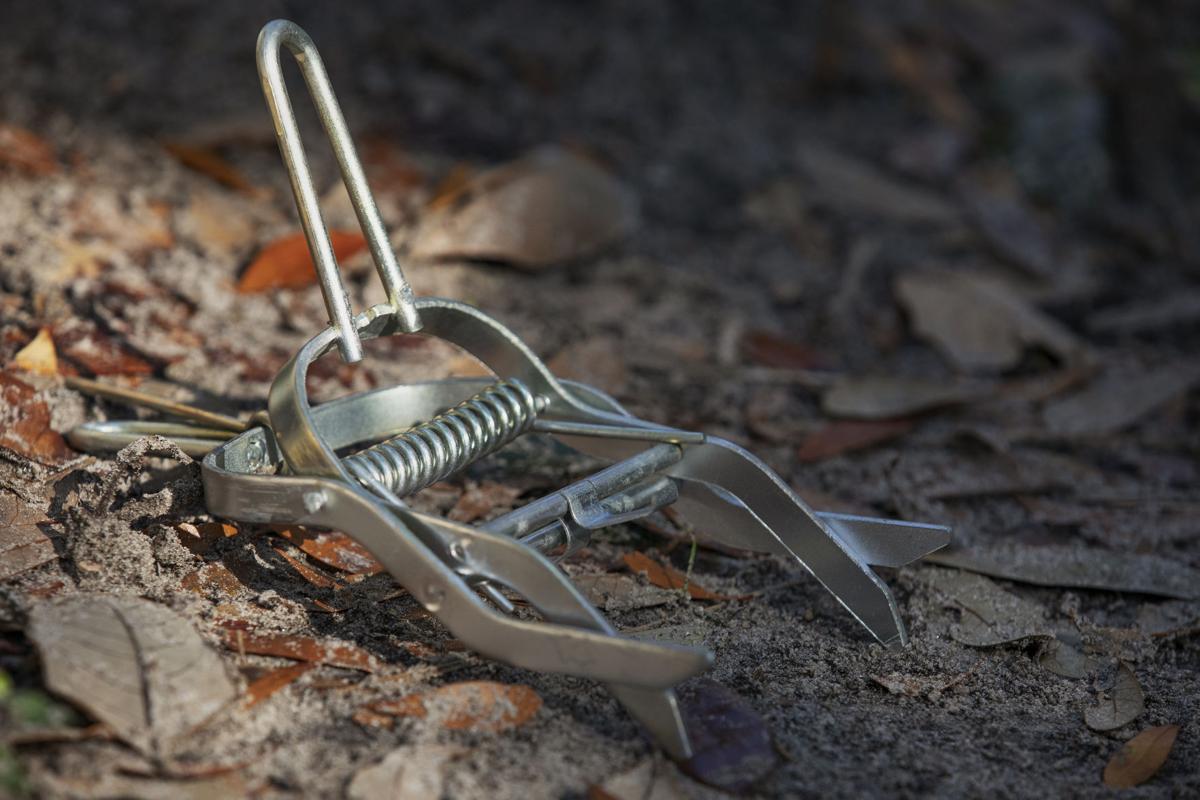 Mole traps are one of the most effective ways to control the mole population in your yard. Lauren Petracca/Staff

At first glance, Rebakah McCrudden didn’t think much of the beginnings of a fire ant mound that was forming in her Mount Pleasant backyard.

After further inspection, however, McCrudden realized that her initial dismissal might have been a little premature.

It wasn’t fire ants that were plaguing her yard, it was moles.

“You can kill fire ants pretty easily,” McCrudden said. “You sprinkle some of that fire ant killer on the mound and that usually gets them. Moles are so much tougher to get rid of and they can eat your entire yard.”

McCrudden spent the next month battling the pesky rodents that eat as much as 125 percent of their body weight in a day and can destroy a lush, green yard in a matter of weeks.

McCrudden tried to pitchfork and pound their tunnels with a level. Then she went to “poison peanuts” she found at a hardware store. She even heard that Juicy Fruit chewing gum might do the trick.

She employed her 4-year-old border collie, Daisy, in her battle against the moles, but the dog ended up doing more damage to her yard than any mole.

Nothing seemed to work.

“It was so frustrating,” she said of the critter that can be found all over the region.

Moles don’t eat grass. Their main diet is crickets, insects, worms and grubs. The tunnels the moles dig creates separation from the roots of the grass and the soil. Air pockets are created, and the grass eventually dries out and dies.

A mole is 4 to 7 inches in length with paddle-shaped feet and prominent digging claws. It has an elongated head and snout, small eyes and no external ears. The short black to brownish-gray fur has no grain, which allows the mole to move easily forward and backward in the tunnels.

It digs characteristic volcano-shaped hills in lawns. The tunnels are dug at a rate of 18 feet per hour, and they can add 150 feet of new tunnels in your lawn each day. These expert diggers will consume about 50 pounds of food in a year.

Oh, rats! How to control the unwelcome rodents common in the SC Lowcountry

Think of a moles’ calorie intake similar to that of former Olympic gold-medal swimmer Michael Phelps, whose 12,000-calorie daily diet was a key part of his run-up to the Beijing games. Well, moles are long-distance swimmers, too.

“The mole is basically swimming through dirt,” said Bill Lamson-Scribner, a horticulturalist and critter expert affiliated with Possum Landscape and Pest Control Supply. “They eat a lot.”

There are many methods advertised for removing moles, such as mothballs, chewing gum, and vibration and ultrasonic devices. Often, however, these methods are not very effective, Lamson-Scribner said.

“So are so many old wives’ tales out there about how to kill ‘em,” Lamson-Scribner said. “Honestly, the number one question I get when I’m out at the grocery store or at some social gathering is about moles. I get that question more than about weeds or fungus or how much to water the yard.”

Trapping is one of the most successful ways to get rid of moles. There are a number of different types of mole traps, such as harpoon, impaling, choker, pitfall or scissor-jawed, available on the market. Snap traps baited with peanut butter may be placed in an active tunnel and are most effective in the fall and winter months.

Managing the food source is another way to control mole populations. Using a systemic grub treatments that contain imidacloprid as an active ingredient can be applied to the lawn area in May.

“Trapping should be a priority,” Lamson-Scribner said. “If you try and control their food source and are not successful, it can backfire and the moles just tunnel more, looking for food.”

Another option is granular grub killers that contain trichloforfon or carbaryl. They are contact insecticides that can be spread over the lawn in early July and watered in well. At this time, the grubs are small and close to the surface, so the contact insecticide will be very effective in eradicating the young grubs.

A third option is to repel the moles, creating a poisonous perimeter around your house.

As a temporary solution to a mole infestation, consider an application of castor oil to the lawn. It is available as a spray or in a granular form and will repel moles for about two weeks.

“You want to create a three-foot perimeter around your yard,” Lamson-Scribner said. “Castor oil can be effective because it gets on their fur and slows them down.”

A combination of all three of these options proved to work for McCrudden.

"They almost ruined the entire backyard, but we finally got a handle on them," McCrudden said. "It wasn't easy. I wouldn't wish them on my worst enemy."