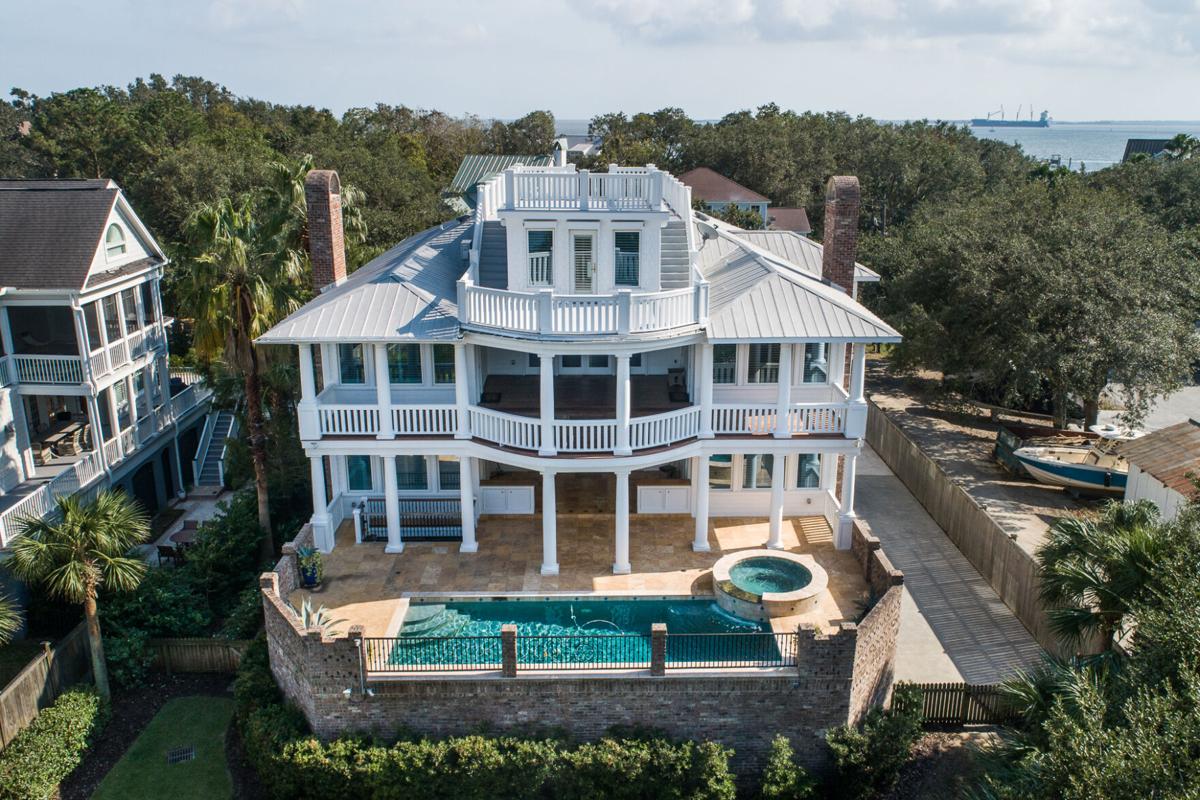 This Shem Creek home sold for $3.25 million in September, and is an example of what luxury buyers are looking for: It's near water and provides ample space with five bedrooms. Charleston Real Estate Media/Provided 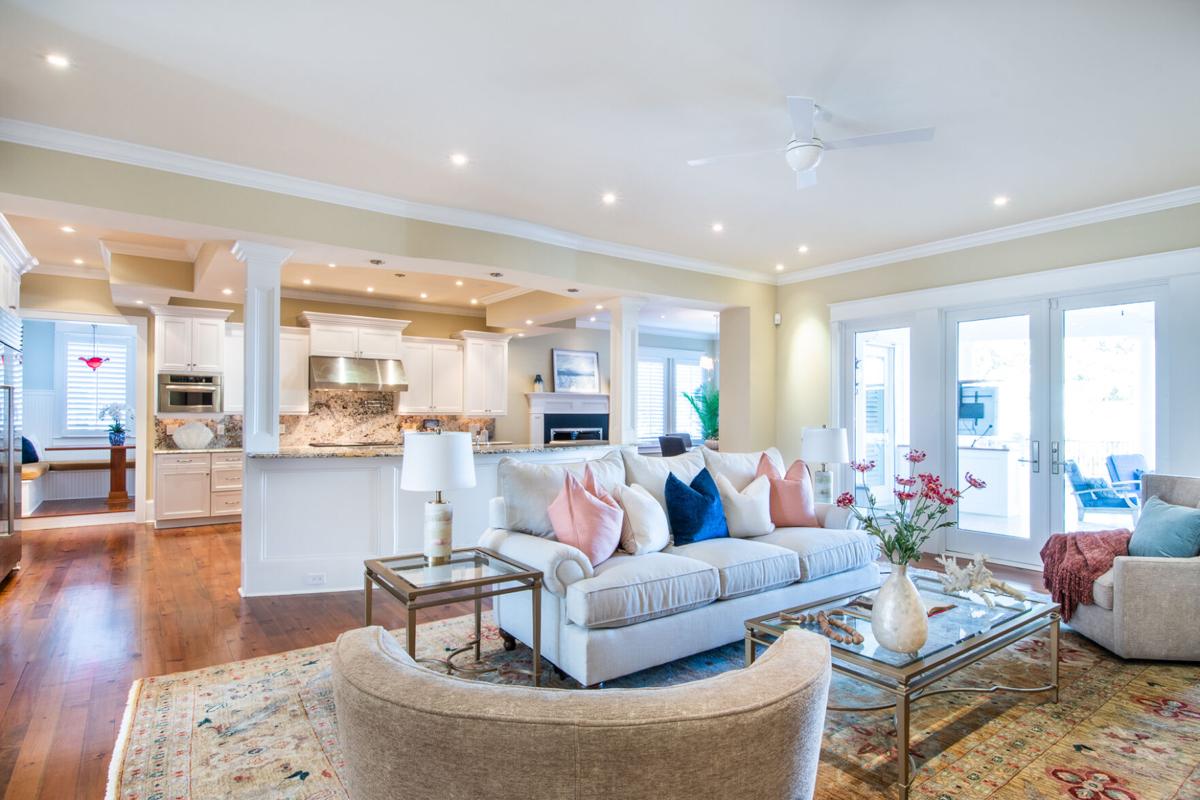 This Shem Creek house is in one of the busiest areas in Charleston for luxury home sales, where expensive properties east of the Cooper River and in beach towns are selling quickly. Charleston Real Estate Media/Provided 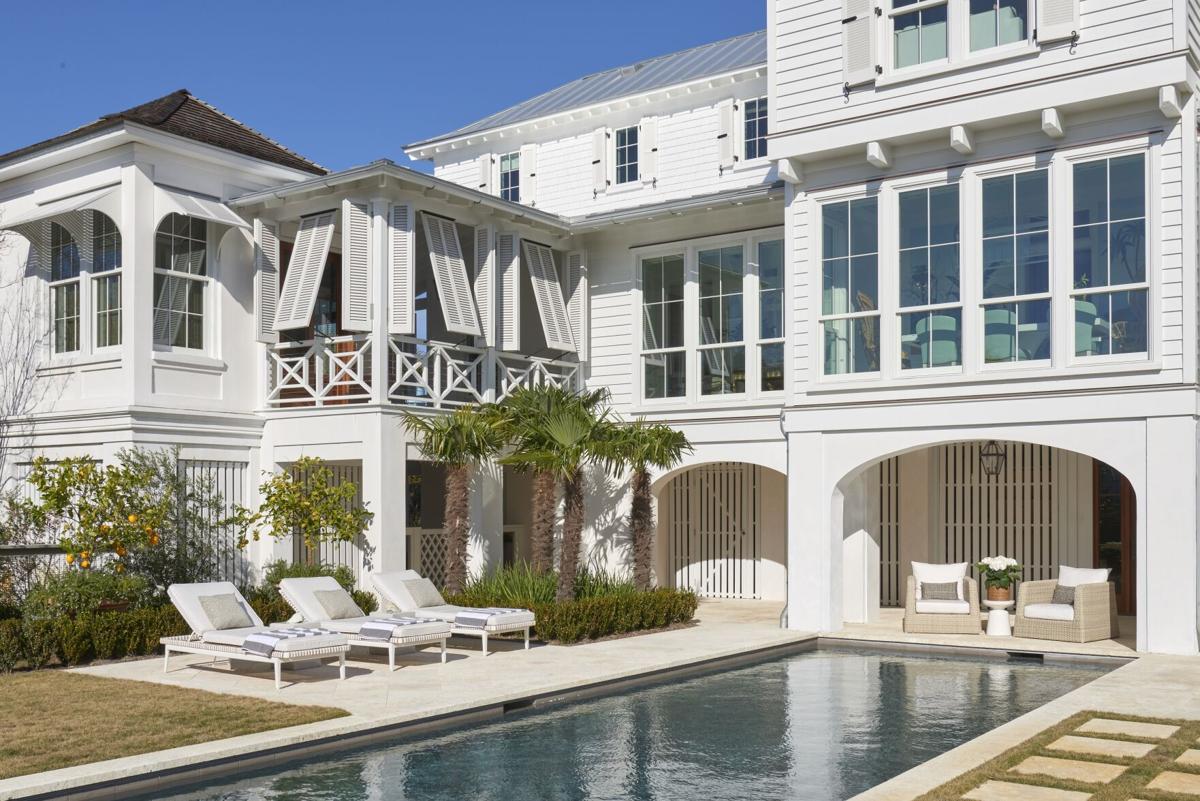 The 5,000-square-foot home at 2307 Atlantic Ave. on Sullivan's Island features a saltwater pool on the side of the house. The property sold earlier in November for a record $8.2 million. Keen Eye Marketing/Provided

This Shem Creek home sold for $3.25 million in September, and is an example of what luxury buyers are looking for: It's near water and provides ample space with five bedrooms. Charleston Real Estate Media/Provided

This Shem Creek house is in one of the busiest areas in Charleston for luxury home sales, where expensive properties east of the Cooper River and in beach towns are selling quickly. Charleston Real Estate Media/Provided

Luxury home sales have surged in the Charleston region in recent months, mirroring a national trend that has seen high-end parts of the housing market unhampered, and even accelerated, by the coronavirus pandemic.

According to a report by real estate website and brokerage Redfin, luxury sales jumped 42 percent in the third quarter of 2020 compared to that time period a year before. That study looked at the 49 most populous metro areas across the United States. Among the most active areas were on the west coast, including Sacramento, Calif.; sales only fell in two places, Philadelphia and Nassau County, N.Y.

In Charleston, an area too small to make it into that study, the trend is even stronger. From July to October 2020, there were 540 sales of homes worth $1 million or more, a 150 percent increase from that period the year before, according to data from the Multiple Listing Service.

The pattern was underscored by a home that sold for a record $8.2 million on Sullivan's Island earlier this month, with no recorded mortgage, indicating a cash transaction.

Carolina One Real Estate President Michael Scarafile, who pulled the MLS data for The Post and Courier, said that there's some basic reasons for the surge: There was likely depressed demand from the spring, when much economic activity ground to a halt at the onset of the coronavirus pandemic, and interest rates for mortgages right now are at historic lows, making it cheaper to borrow money.

But beyond those factors, he said, people are simply looking for more space and seeking out upgrades.

"There's nothing that makes the home more important than being quarantined in it for a while," he said.

Much of the luxury demand is coming from denser, far-off cities, said Garrett Rust, an agent at The Cassina Group. A different agent at her firm handled the record-breaking Sullivan's sale.

"We’re seeing a lot of people from D.C., New York and California," said Rust, who added that buyers from afar are mostly looking for permanent homes and not vacation properties. "I think people just want space and they want to be outside."

Waterfront locations and docks, always in high demand, are even more desirable now and nearly impossible to find on the market, Rust said. She said these features are such hot commodities that buyers are even trying to solicit off-market properties with nearby water access.

The beach towns and Mount Pleasant are among the hottest areas. In one example, a five-bedroom Shem Creek home sold for $3.25 million at the end of September.

In rare cases, buyers are also purchasing sight unseen, depending on online videos of listed homes for the feel of a new property, Rust said. Scarafile said he'd heard of this too, but thinks a "virtual tour" is more useful for a buyer to narrow their options before making a visit, because "people still want to put their eyes on a physical home they're going to live in."

The firm said it was a sign of how differently the coronavirus pandemic had impacted various economic classes, and Scarafile agreed.