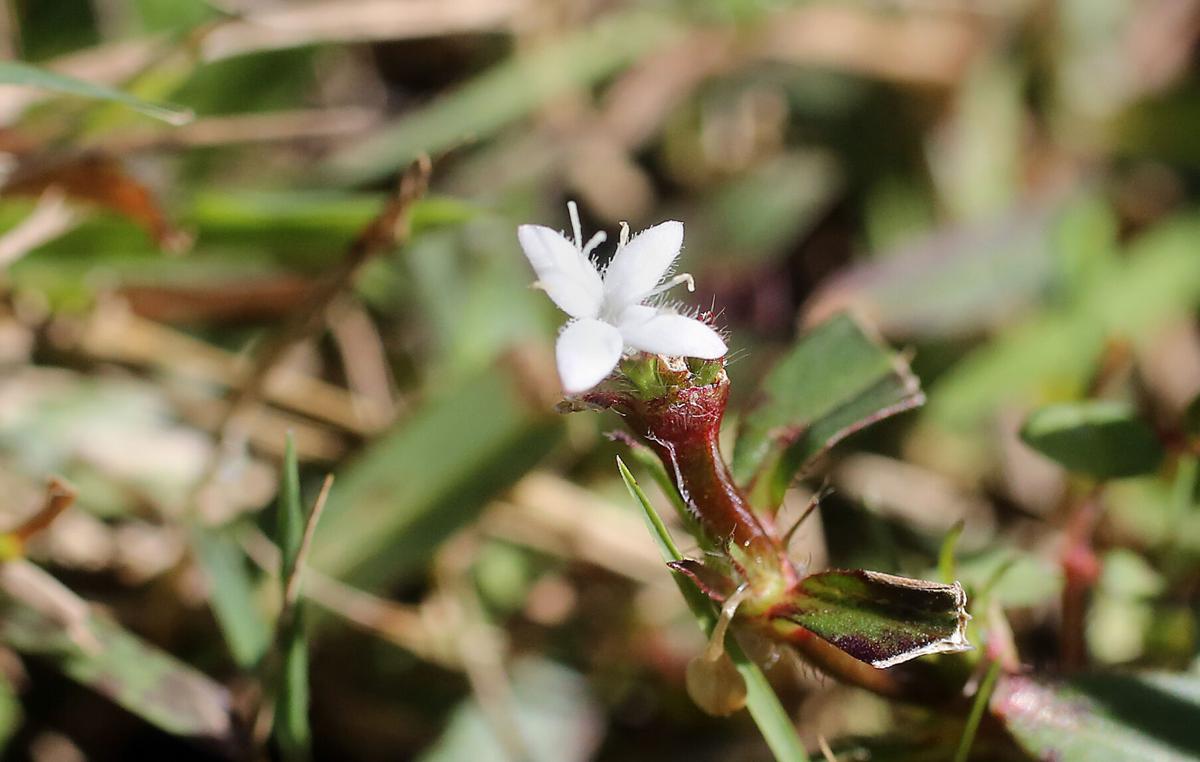 Carol Turnwald Feldhaus has found Virginia buttonweed in her Summerville yard. The pervasive plant has invaded lawns across the Lowcountry and proves difficult to uproot. The plant is consider the "monster of all weeds," according to some experts. It's dark green and often identified by its white, above-ground flowers. Brad Nettles/Staff 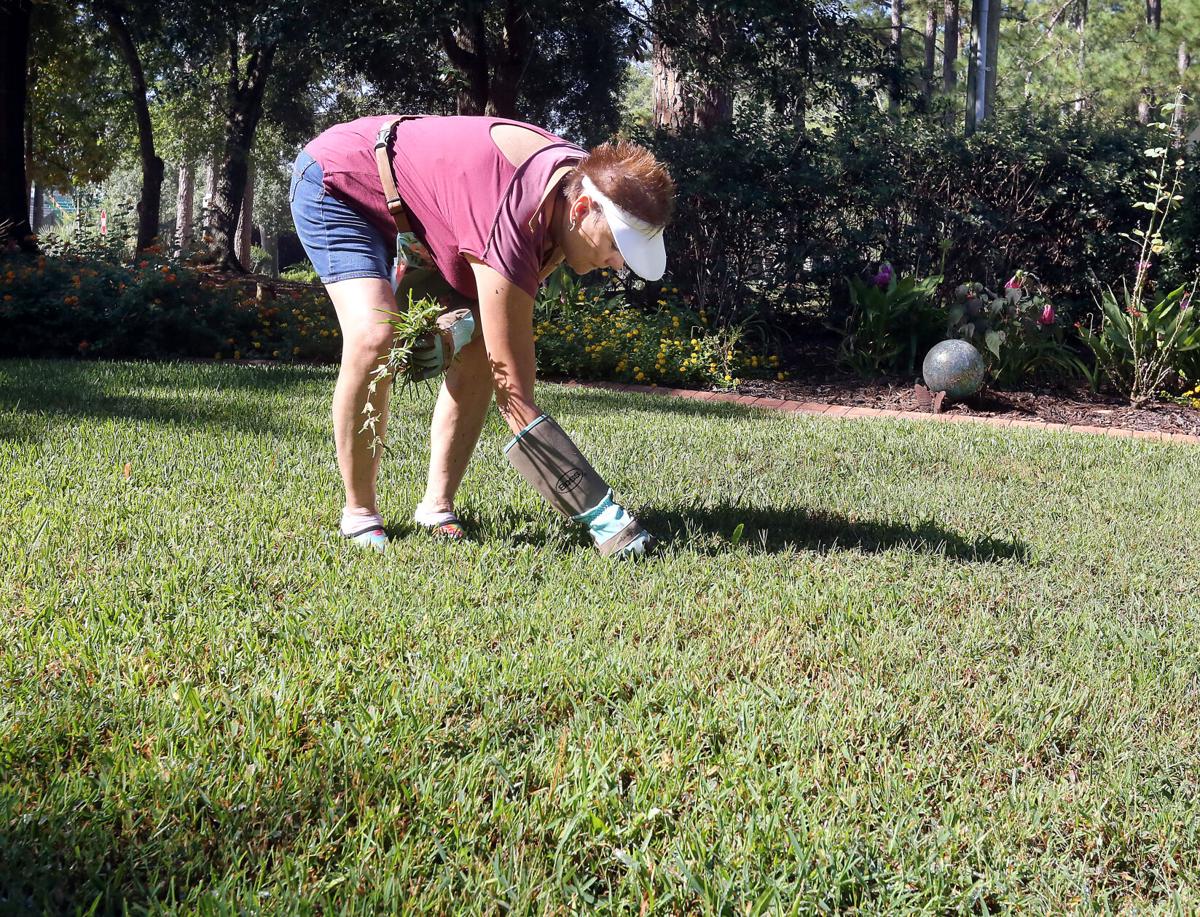 Carol Turnwald Feldhaus works to get rid of the Virginia buttonweed in her Summerville front yard Wednesday, Oct. 7, 2020. The pervasive plant has invaded lawns across the Lowcountry and proves difficult to uproot. The plant is considered the "monster of all weeds," according to some experts. It's dark green and often identified by its white, above-ground flowers. Brad Nettles/Staff 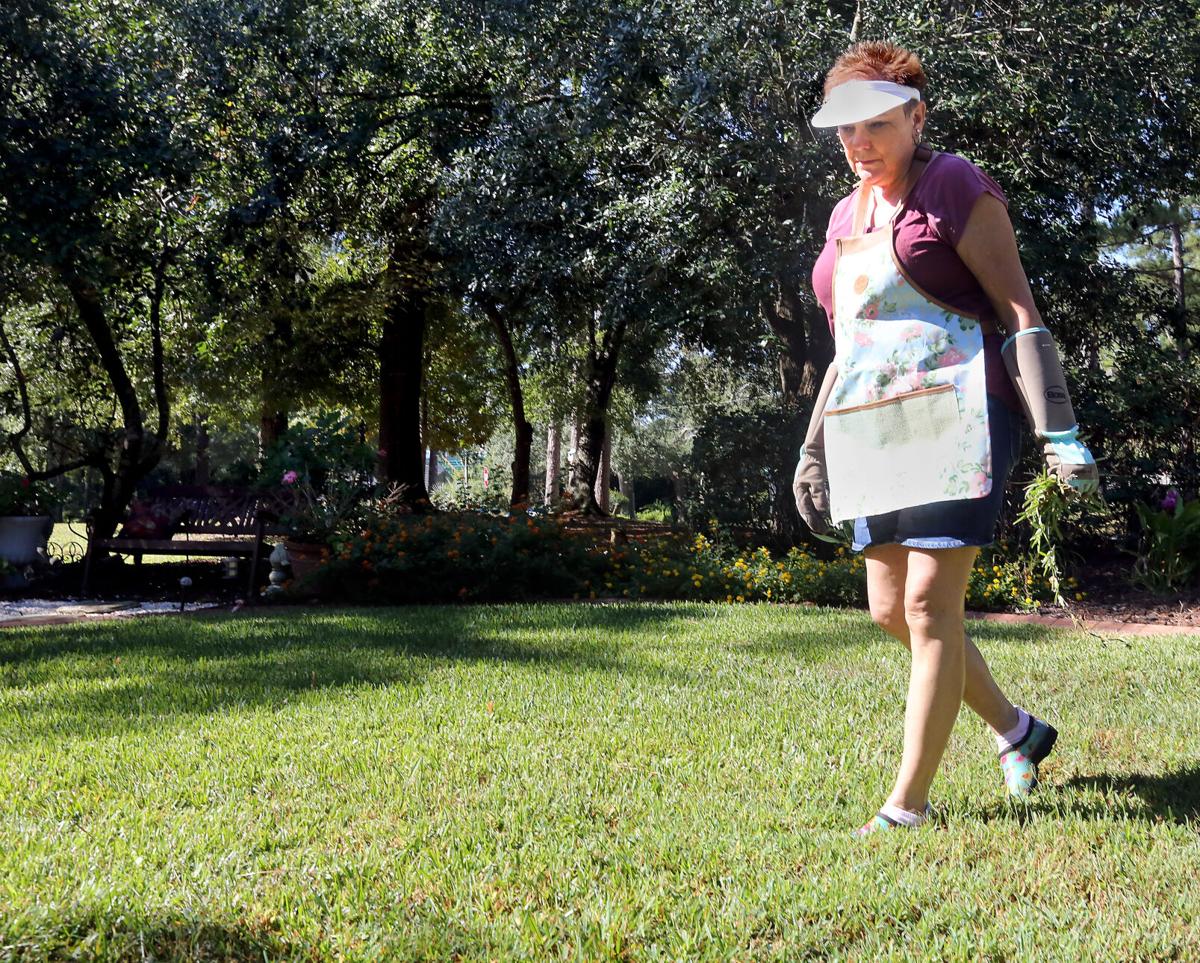 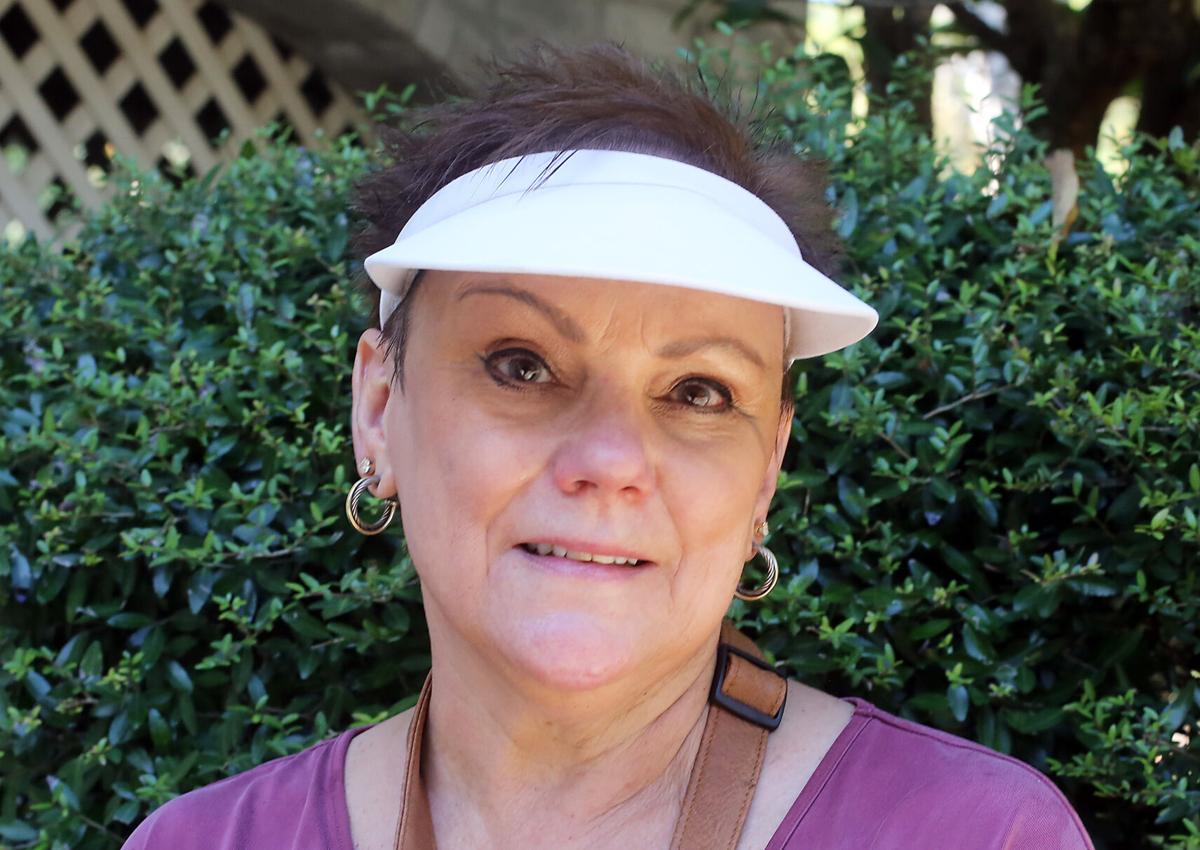 Carol Turnwald Feldhaus has found Virginia buttonweed in her Summerville front yard. The pervasive plant has invaded lawns across the Lowcountry and proves difficult to uproot. The plant is consider the "monster of all weeds," according to some experts. Brad Nettles/Staff

Doveweed, nutsedge and chamberbitter are a few troublesome herbs that garden caretakers regularly encounter during spring and summer months when they fight to maintain healthy green spaces.

But Lowcountry residents have increasingly encountered what some agree to be the monster of all weeds, one that returns and keeps attacking no matter how many times it's sprayed with herbicides during the summer, or dug out of the ground.

The Virginia buttonweed is deeply rooted and thrives in overly moist lawns. The pervasive, dark-green turfgrass weed that produces tiny white flowers above ground can be seen in yards across the Charleston region. It sprawls across yards with no mercy, often leaving behind brown patches.

The weed is rapidly spreading along Atlantic Coastal states and is now spreading inland in the United States, said Bert McCarty, professor of turfgrass science at Clemson University.

Randy Howie, who works in the diagnostics center at Hyams Garden and Accent Store, regularly sees customers who bring the plant to the store asking for solutions.

“The Virginia buttonweed has been the No. 1 thing people have brought in," he said.

The weed has gained a presence in homeowner's yards mainly due to its ability to produce both above and below-ground flowers, which in turn produce viable seeds, McCarty said.

Therefore, even it the tops are controlled or removed, the plant can still reproduce from below-ground seeds.

What makes it even more frustrating is the herbicides used to kill Virginia buttonweed aren't effective in weather above 90 degrees.

Howie recommends Weed Free Zone, but the product is only effective during cooler months, when the temperature is below 90.

Homeowners also can use Image Kills Nutsedge, though the product will only suppress the plant, not eradicate it.

The main way people can combat the pervasive weed is with preventive measures, such as applying pre-emergent products in February, then again in May or early June. Doing so prevents buttonweed seeds left over from the previous year from germinating and producing more weeds the following summer.

"The key is prevention," Howie said. "Preventing it as much as you can is going to give you the best control."

The weed has become more prevalent in recent years as the weather has stayed hot for longer periods of times, Howie said. The coronavirus also has spurred more people to spend more time doing yardwork at home, bringing further attention to the aggressive plant.

Rose Sacks was digging up weeds at her North Charleston home when she rose and pointed to bald spots in her front yard. Grass in her lawn has been killed as a result of the Virginia buttonweed, she said.

She's been fighting the plant for the past four years and notices it the most during the summer. Sacks has applied weed killer, but the plant always returns.

"It's been a nuisance," she said. "It really smothers everything."

Summerville resident Carol Turnwald Feldhaus started noticing the weed for the first time this spring. It has since "choked out" her grass. After using several different weed killers to no avail, she hopes weed and feed during the cooler months will prove successful.

People should mow their lawns at the correct height to help shade out the pervasive plant.

A common mistake people make is leaving behind portions of the plant when attempting to dig it out. If left behind, the plant will regenerate.

Instead, homeowners should thoroughly dig around the weed at least one foot below its roots, McCarty said.

Make sure to discard the plants, preferably off property, and refill the hole with clean soil and clean planting material, McCarty said.

Additionally, people should inspect any plant material they purchase, such as sod or container ornamentals, to ensure it doesn’t contain Virginia buttonweed.