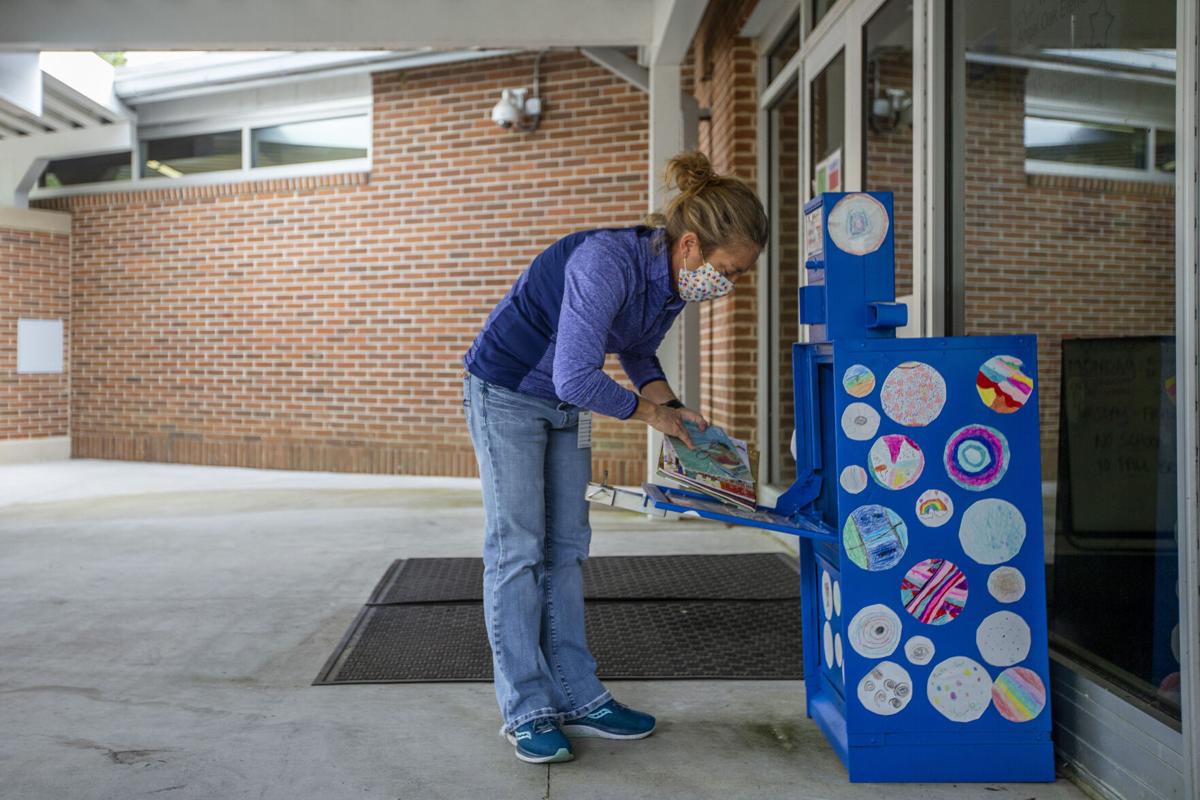 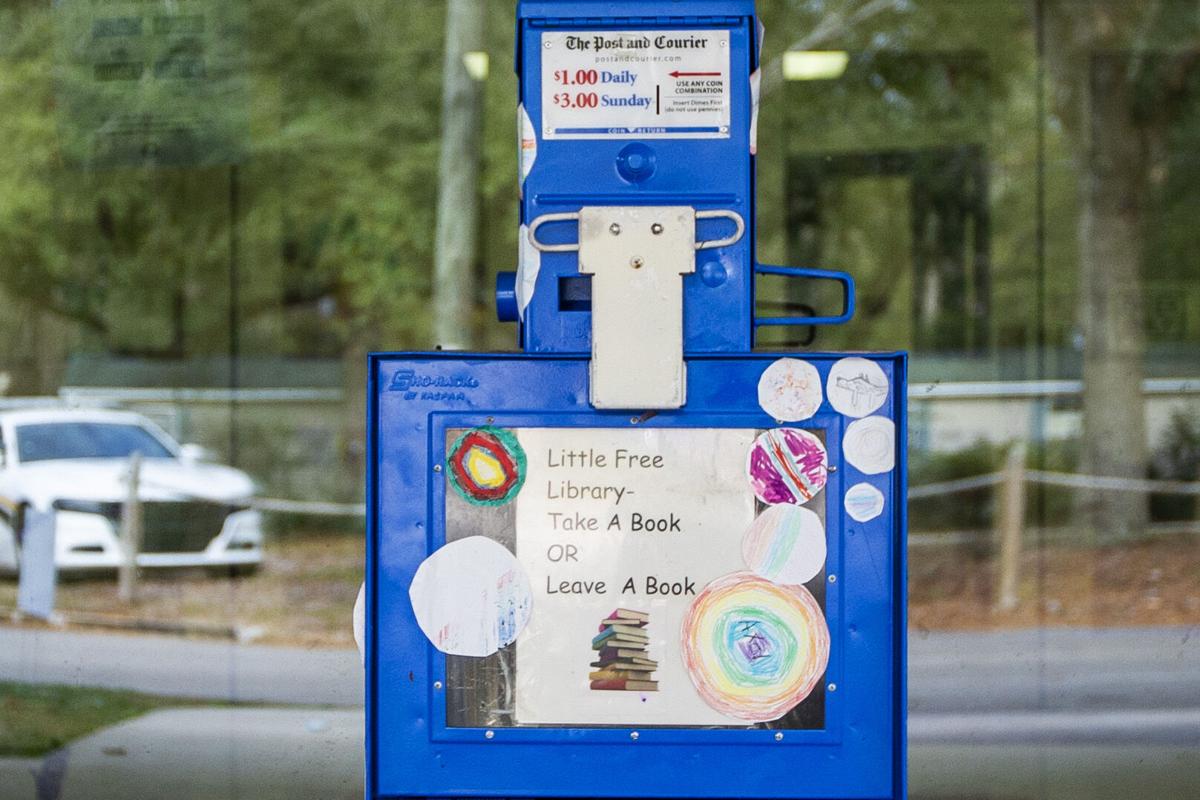 A Little Free Library is set up outside Angel Oak Elementary on Friday, Dec. 4, 2020, on Johns Island. Julie Anderson repurposed an old newspaper dispenser with her students to create the small library. Gavin McIntyre/Staff 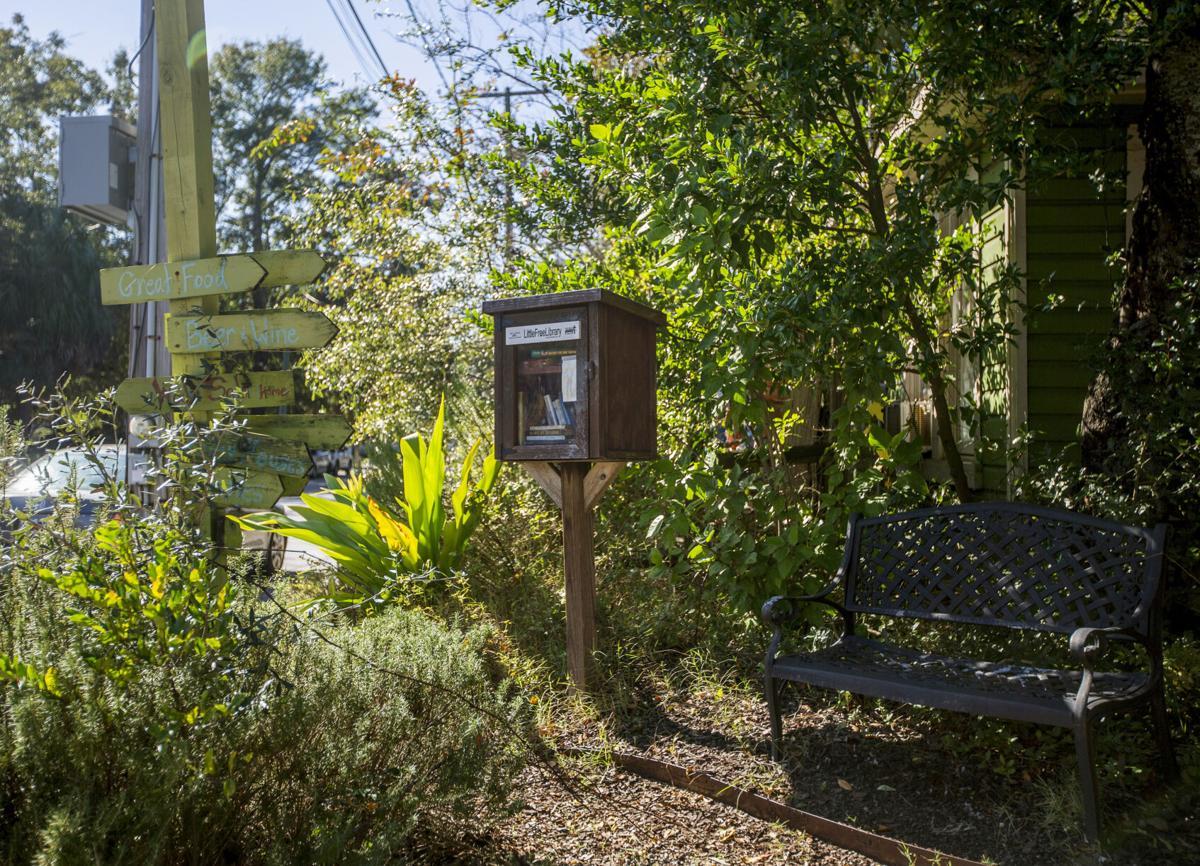 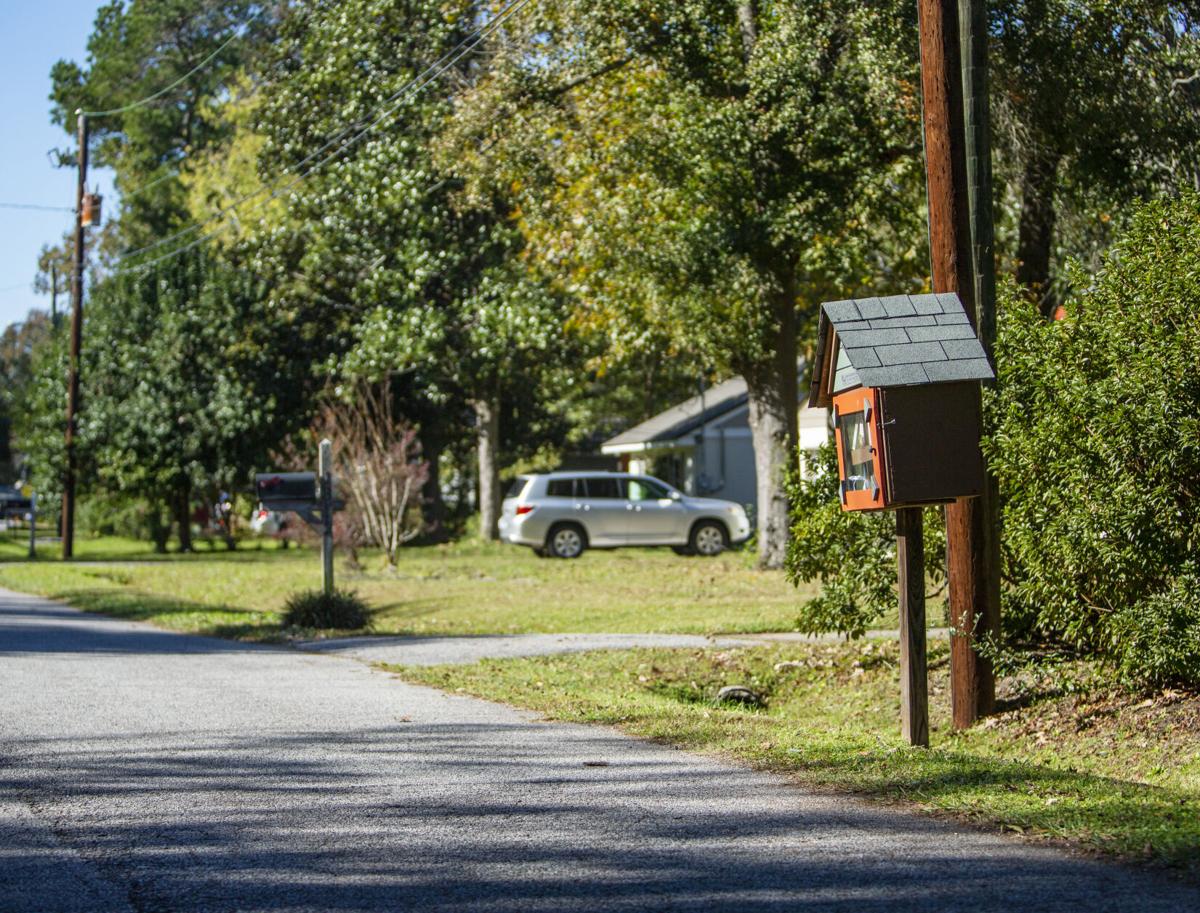 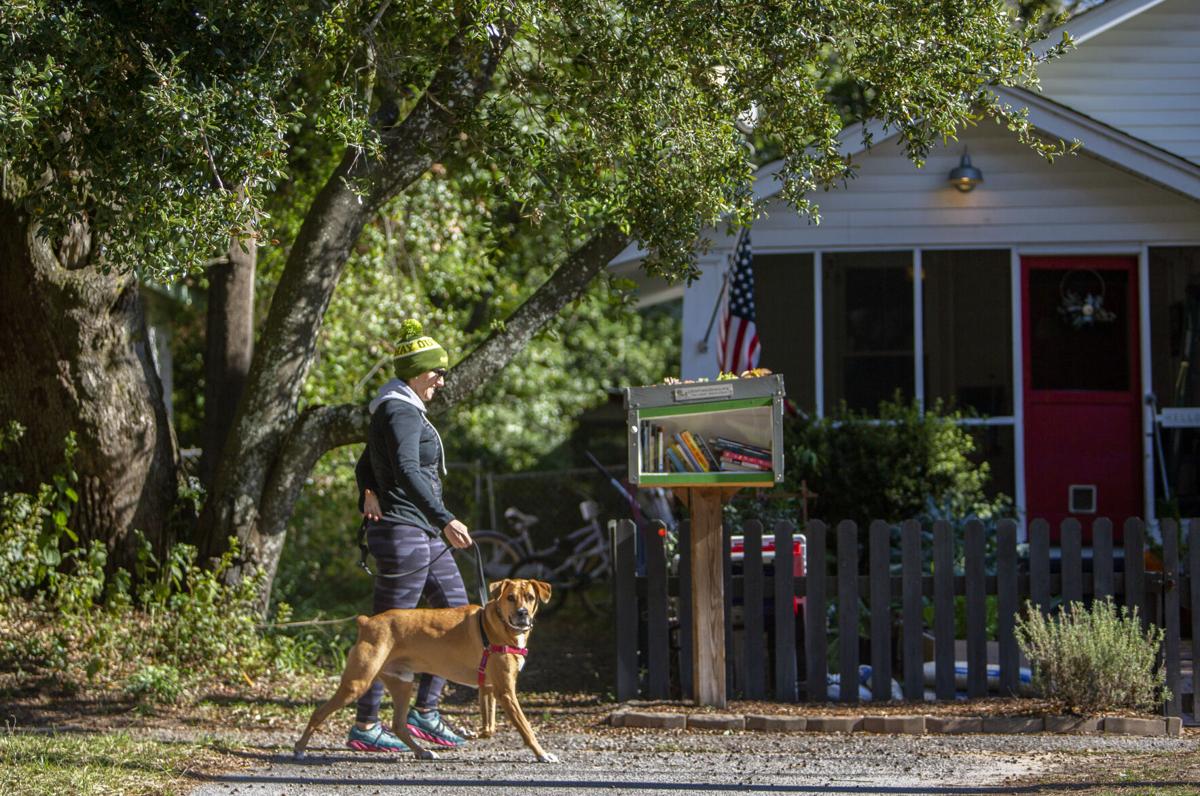 A Little Free Library has been set up outside a home on O’Hear Avenue, Tuesday Dec. 1, 2020, in North Charleston. Gavin McIntyre/Staff 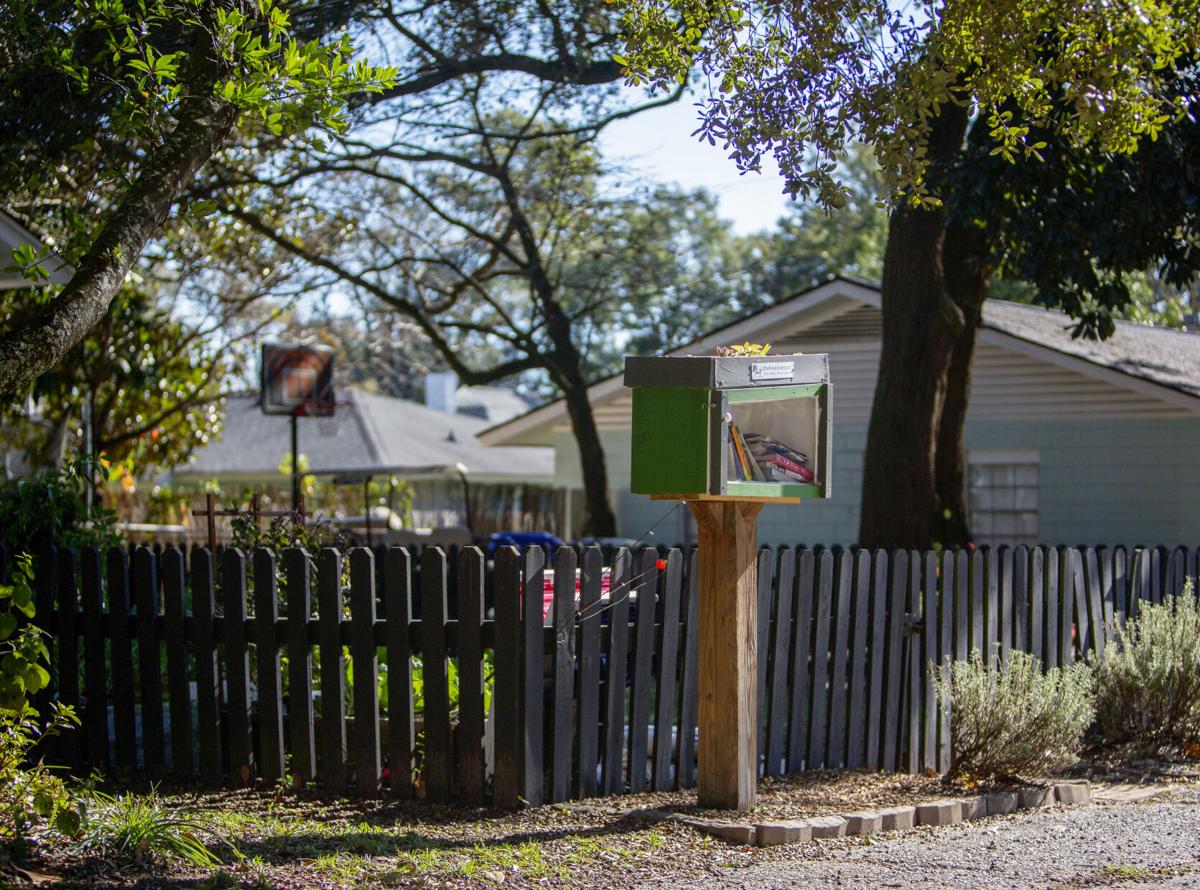 A Little Free Library stands outside a home along O’Hear Avenue on Tuesday Dec. 1, 2020, in North Charleston. Gavin McIntyre/Staff 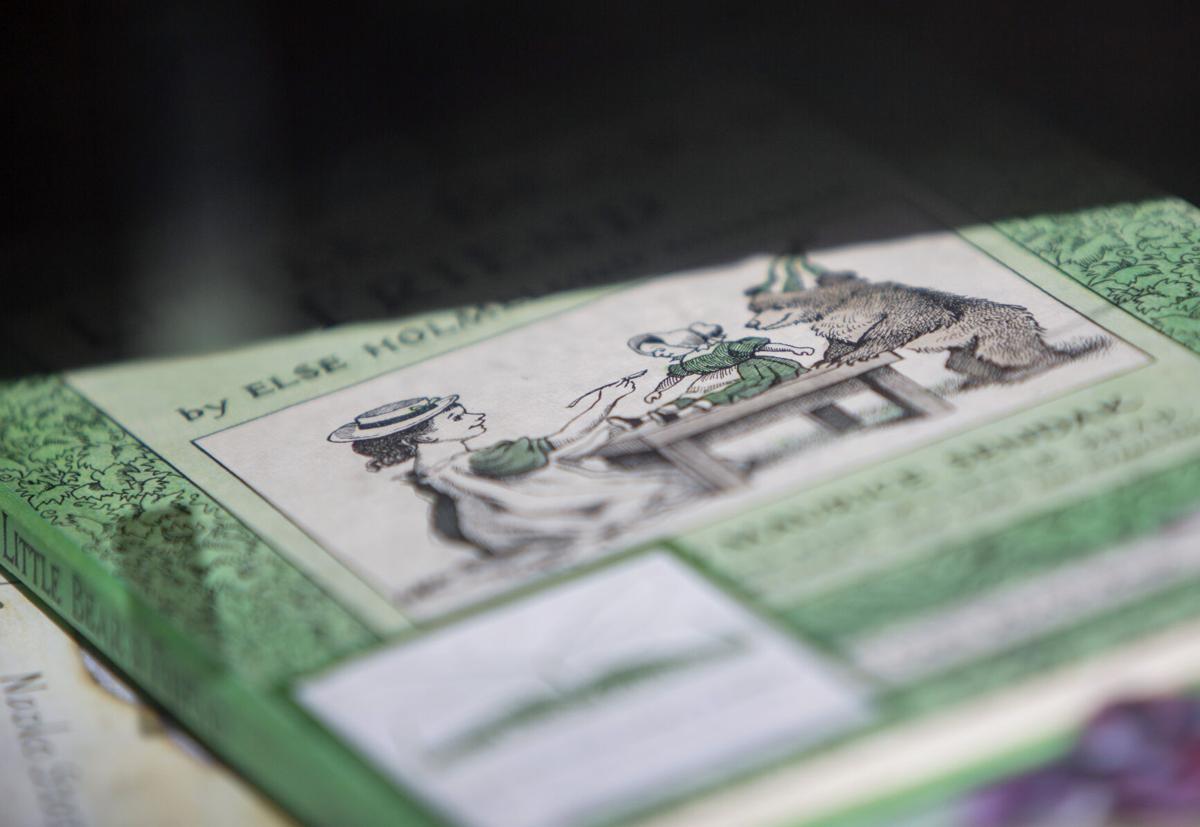 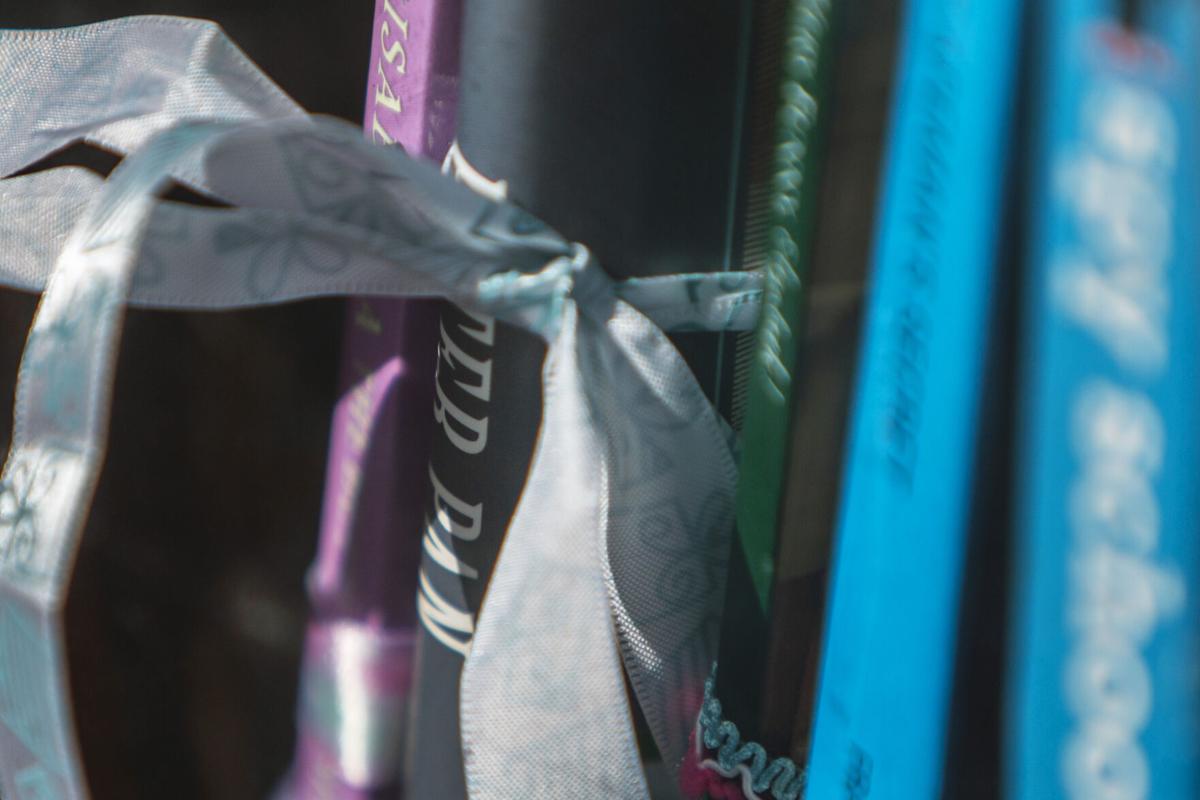 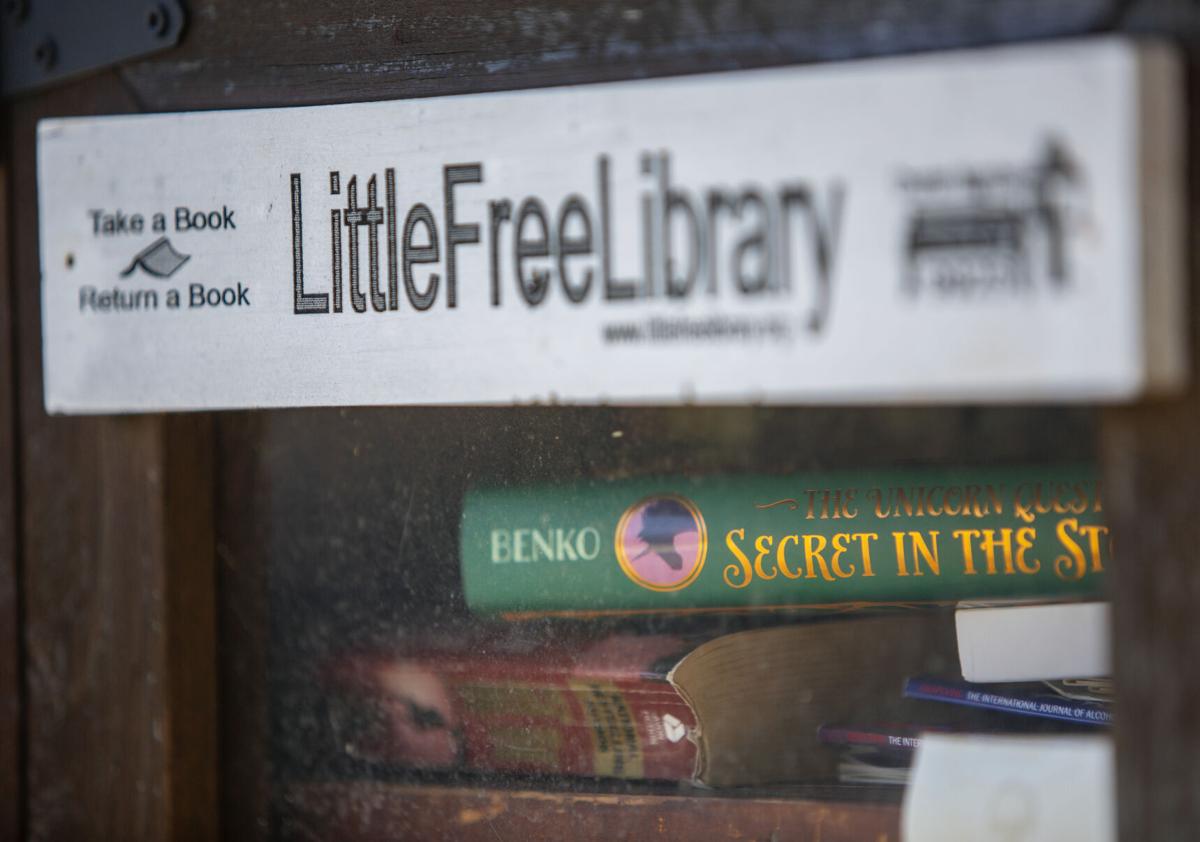 A Little Free Library is set up outside Angel Oak Elementary on Friday, Dec. 4, 2020, on Johns Island. Julie Anderson repurposed an old newspaper dispenser with her students to create the small library. Gavin McIntyre/Staff

Millions of adults across the United States cannot read above a third grade level and millions of children in poverty in the country don't own books.

A nonprofit book-sharing network is hoping to change those trends by using small libraries to provide greater access to reading materials.

Little Free Libraries, founded in 2009, has more than 100,000 small libraries at homes, schools and many other locations in more than 100 countries. The book exchanges provide 24/7 access, hoping to fill "book deserts" and inspire a love of reading.

LFL's online map shows 700 book-sharing boxes in South Carolina and 44 in Charleston. There are certainly more, since people opt whether to have their library represented on the map, said LFL spokeswoman Margret Aldrich.

"I think part of the reason Little Free Libraries has struck a chord with so many people is there’s this universal wish to connect with your neighbors, to share the love of reading and make sure everyone has book access," Aldrich said.

The rules are simple. Anybody can start one, take a book, or share a book. Costs include a $40 one-time payment to register the library with the nonprofit, and the additional money for materials. The libraries come in many shapes and sizes, but many are small wooden boxes, often themed after popular books.

People in the Charleston area have started their own small libraries as a way to connect with others across the globe.

Sherry Keefer is a retired school librarian who's taught students overseas. As a teacher in Switzerland several years ago, she would take dozens of students to England to visit sites relevant to the novel series by British author J.K. Rowling.

This inspired her library, an enclosed wooden box attached to a white fence outside her Ashley Avenue home. Created in 2015, it's modeled after a British phone booth.

Some of her former students have been able to track Keefer down using the online library map.

“I just wanted to keep in touch with my students," Keefer said.

She also sees it as a way to get people off their phones.

"People are so into their tablets they don’t necessarily buy a book," she said.

Little Free Library sees its projects as a way to supplement public libraries, which have even started smaller book-exchange boxes as a way to extend their reach into the community, Aldrich said.

She said a Little Free Library can serve as a gateway into a public library.

"It might be on your walk on your way to school," she said. "It's not intimidating. It's very easy to use.”

The pandemic has also led to an uptick in LFL's popularity.

Keefer has seen more traffic at her outdoor contraption. There were some days recently when all 30-40 books inside the box would all be taken, Keefer said.

If you want to start a Little Free Library

For those who are considering starting their own book-exchange sites, here are some things to consider:

Choose a location and steward: The site of the library should be near heavy foot traffic and should be located somewhere that is highly visible. The steward is the caretaker who will maintain the library.

A poll of Little Free Libraries across the country found that many have doubled or tripled in foot traffic, which could have been caused by the closure of school libraries, public libraries and book stores amid COVID-19, Aldrich said.

“People are looking for a way to connect with books," she said.

Julie Anderson is a longtime teacher who has just completed her small book exchange box. She learned about the effort about 10 years ago while working as an educator in North Carolina. She's always worked in Title 1 schools where students lack access to books outside school, she said.

About five years ago, she led students in constructing and completing a little library inside James Simmons Montessori School. This year, she oversaw a project at Angel Oak Elementary where third graders transformed an old newspaper dispenser into a book-exchange site.

Positioned outside, in front of the school, the box is decorated with polka dots in honor of the children's book "The Dot," a picture book about a girl who discovers her artistic talent.

Not only has the site itself drawn a number of readers and book donators, but the little library has also helped spark a love of reading.

"Their interest in reading has improved because they're excited to see it," Anderson said. "They want to see what new books are in there. They want to see if the book they put is in there, if someone took it.”

The small library doesn't focus on a particular genre. The dispenser contains both children's book and adult readings.

While Little Free Library encourages people to exchange a variety of books, there's been a recent focus on books by minorities.

Less than 25 percent of children’s books depict non-white characters, according to Little Free Library. Following months of protests that called attention to racial disparities, the nonprofit launched its Read in Color initiative in October. It aimed to distribute books that provide perspectives on racism and social justice, incorporate experiences from all identities for all readers and celebrate the voices of LGBTQ individuals and people of color.

The organization sought to achieve that goal by establishing new book-exchange boxes filled with culturally relevant books in high-need communities, and allowing Little Free Library stewards to apply to receive shipments of diverse books at no cost.