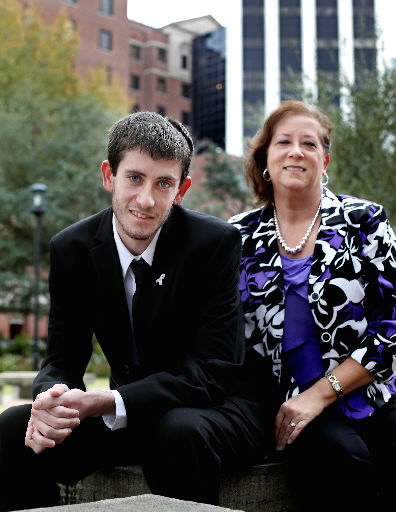 Karen St. Marie, founder and executive director of the S.C. Advocates for Epilepsy, became involved after her son, Erick Gordon, was diagnosed with the disorder when he was 19. Gordon, now 24, is part of a clinical trial to treat epilepsy and still shows the shaved patch of hair from his last surgery. 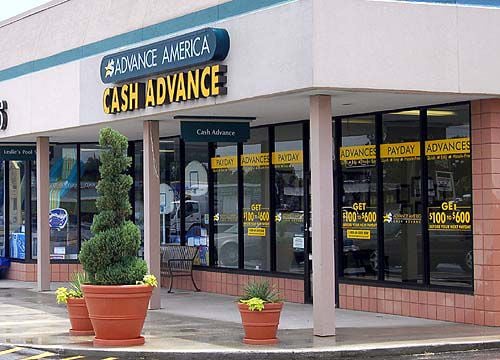 South Carolina-based payday lender Advance America is requesting to change the type of loans it offers but not its high interest rates. 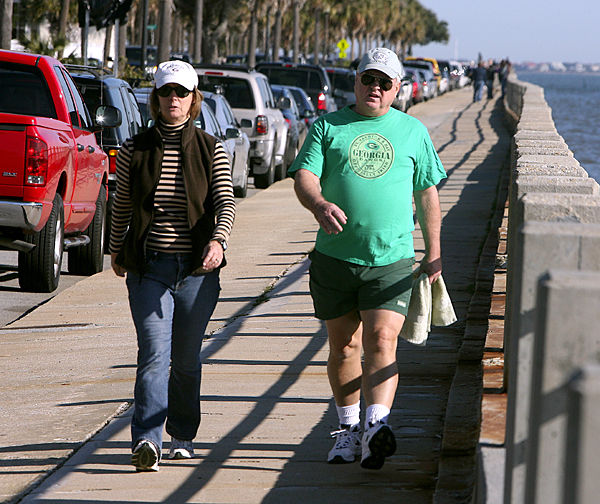 Tina and Stephen White take an afternoon walk Wednesday along The Battery. The Charleston couple were happy to see the warmer weather and are looking forward to the 70-degree air that is predicted for Saturday and Sunday.

Karen St. Marie, founder and executive director of the S.C. Advocates for Epilepsy, became involved after her son, Erick Gordon, was diagnosed with the disorder when he was 19. Gordon, now 24, is part of a clinical trial to treat epilepsy and still shows the shaved patch of hair from his last surgery.

South Carolina-based payday lender Advance America is requesting to change the type of loans it offers but not its high interest rates.

Tina and Stephen White take an afternoon walk Wednesday along The Battery. The Charleston couple were happy to see the warmer weather and are looking forward to the 70-degree air that is predicted for Saturday and Sunday.

Karen St. Marie thought her days of sleeping with a baby monitor next to her bed were long gone. But then again, she never imagined her 19-year-old son would be diagnosed with epilepsy.

"Life changed in the blink of an eye," St. Marie said of the day in March 2007 when her son, Erick Gordon, had what would be the first of three grand mal seizures in less than 24 hours.

Gordon's epilepsy diagnosis not only changed his life but spurred on St. Marie to a path of activism and education as she works to support epilepsy patients and their families and inform the public about the dramatic implications of life with the disorder.

After Gordon's diagnosis, St. Marie said she was discouraged by the lack of support for those affected by epilepsy. The local affiliate of the Epilepsy Foundation is no longer active, but with upwards of 90,000 people in South Carolina with epilepsy, the need is great.

Epilepsy is a medical condition producing seizures; someone having two or more unprovoked seizures is considered epileptic, according to the Epilepsy Foundation. It affects about 3 million Americans and 50 million people around the world. Epilepsy is the third most common neurological disorder in this country behind Alzheimer's disease and stroke.

Three years after Gordon's first seizure, St. Marie left her job as a coordinator for a Goose Creek dental office so she could stay home with him full time. It's the one aspect of epilepsy people don't really consider -- daily life is forever changed. Gordon, now 24, needs constant supervision should he have a seizure.

At that same time, St. Marie began to devote more attention to building a support system for the epilepsy community. As season ticket holders for the South Carolina Stingrays, St. Marie approached the team about a fundraiser for National Epilepsy Awareness Month in November. This year's second Hockey Heroes for Epilepsy event and silent auction raised more than $9,000.

On July 12, S.C. Advocates for Epilepsy was launched with a mission of advocating, educating and inspiring. The organization has chapters in Charleston, Columbia, Greenville and Florence with plans for chapters in Myrtle Beach and Hilton Head in 2012. St. Marie said it would have been selfish to limit her work just to the Charleston area when so many people around the state need this organization.

"I want to reach out and help," she said. "It's a difficult journey to take sometimes, but it's easier when you have someone with you. It makes the walk a little smoother."

Chapters are hosting local fundraisers and educational events as well as organizing support groups for epilepsy patients and caregivers to address their specific needs. In Charleston, SAFE meets the second Saturday of each month at the Cathedral of Praise in North Charleston.

Fundraising efforts benefit the Research and Education in Epilepsy Fund at the Medical University of South Carolina, which supports research, education and innovation in epilepsy in South Carolina and the coastal regions of North Carolina and Georgia.

In addition to providing that support system, one of St. Marie's most pressing goals are education and teaching seizure first aid. She is working with doctors at MUSC to create a program for teachers, students and faculty at local school districts so they know what to do should a student have a seizure.

Next, she'll be training EMTs and other public servants who, St. Marie said, sometimes mistake a seizure for intoxication.

Dr. Jonathan Edwards, chief of neurology and director of the Comprehensive Epilepsy Center at MUSC, said the word "inspiring" is an understatement in describing what St. Marie has done. Having this kind of support system for patients and their families adds a whole new dimension to the level of care his team can provide.

"We need a lot more people like Karen," Edwards said.

St. Marie also is organizing a group of volunteers who can go to the hospital when someone has his first seizure. They can sit with the family members and help them understand what's happening.

The doctors and staff at MUSC are wonderful, Edwards said, but there's something about having the support of people who have gone through the same situation, and that's what SAFE can offer.

St. Marie doesn't do anything on a small scale. She has her eye on a piece of equipment that uses magnetoencephalography, or MEG, technology to record brain physiology. There isn't such a device in South Carolina, and it could greatly benefit epilepsy patients. It costs about $2 million.

MEGs would be most helpful for patients who have more complex conditions, Edwards said. By better pinpointing the location of the problem in the brain, doctors can provide the most effective treatment. In general, about one-third of patients don't have their epilepsy under control.

A new way of living

Living with epilepsy is tough. Gordon sleeps for hours after a seizure. He also can't drive a car and has had to sacrifice his dreams of being an aeronautical engineer and pilot, St. Marie said.

Because of where his epilepsy originates, Gordon is not able to have brain surgery to remove the affected area. So he must learn to live with his epilepsy and manage it through medication.

Gordon is one of 250 people participating in a national clinical trial administered locally at MUSC that uses a device called the NeuroPace. It is a chip implanted into Gordon's skull that works similarly to a pacemaker, St. Marie explained. The chip monitors brain activity and seizures and delivers mild electrical stimulation to help suppress seizures.

Since joining the trial, Gordon has gone from having up to 18 seizures a month to half a dozen.

"Erick is helping himself and those who come behind him," St. Marie said. "He's never complained. Erick is my hero."

Holly Fisher is a freelance writer based in Charleston. Reach her at hollyannfisher@gmail.com or follow her on Twitter @hollyanfisher.