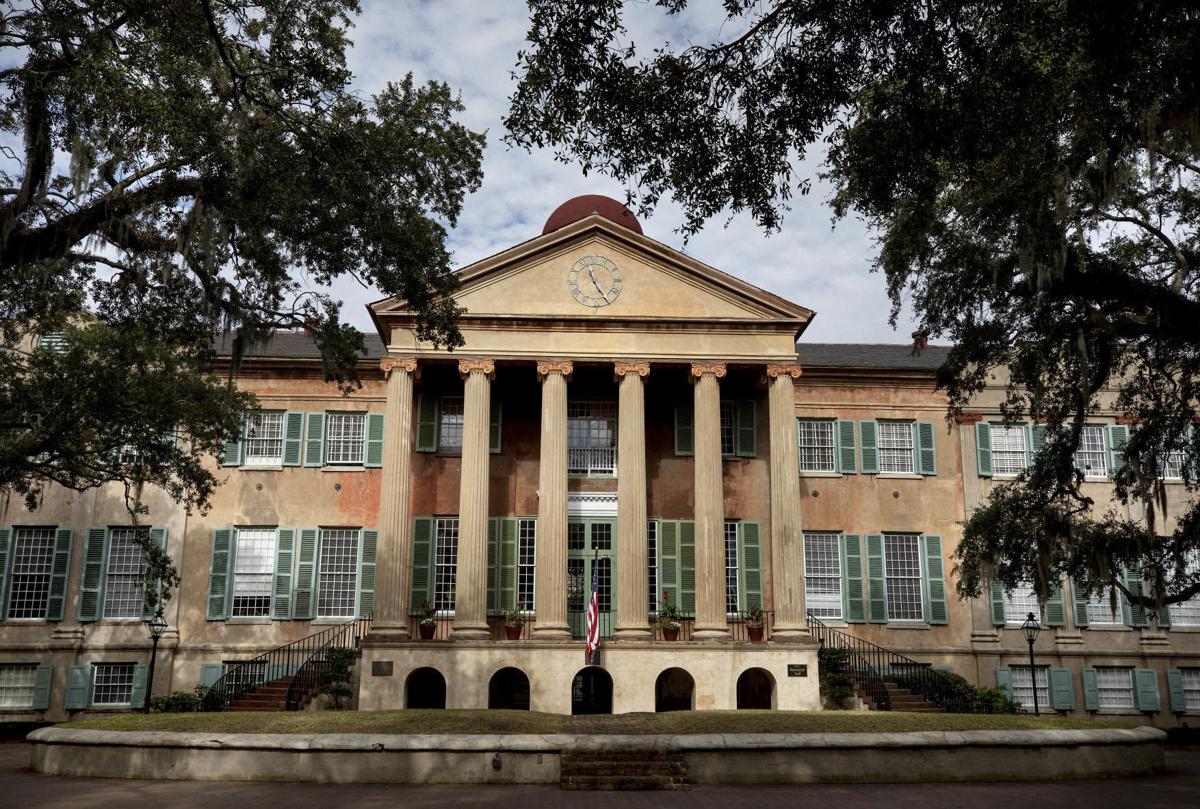 Randolph Hall on the College of Charleston campus, constructed at the insistence of former college president, the Rev. Jasper Adams. The college is celebrating its 250th anniversary this year. File/Grace Beahm Alford/Staff

A three-dimensional rendering of the old barracks building that was the first structure used by Charleston College. Alexandra Heath/Provided 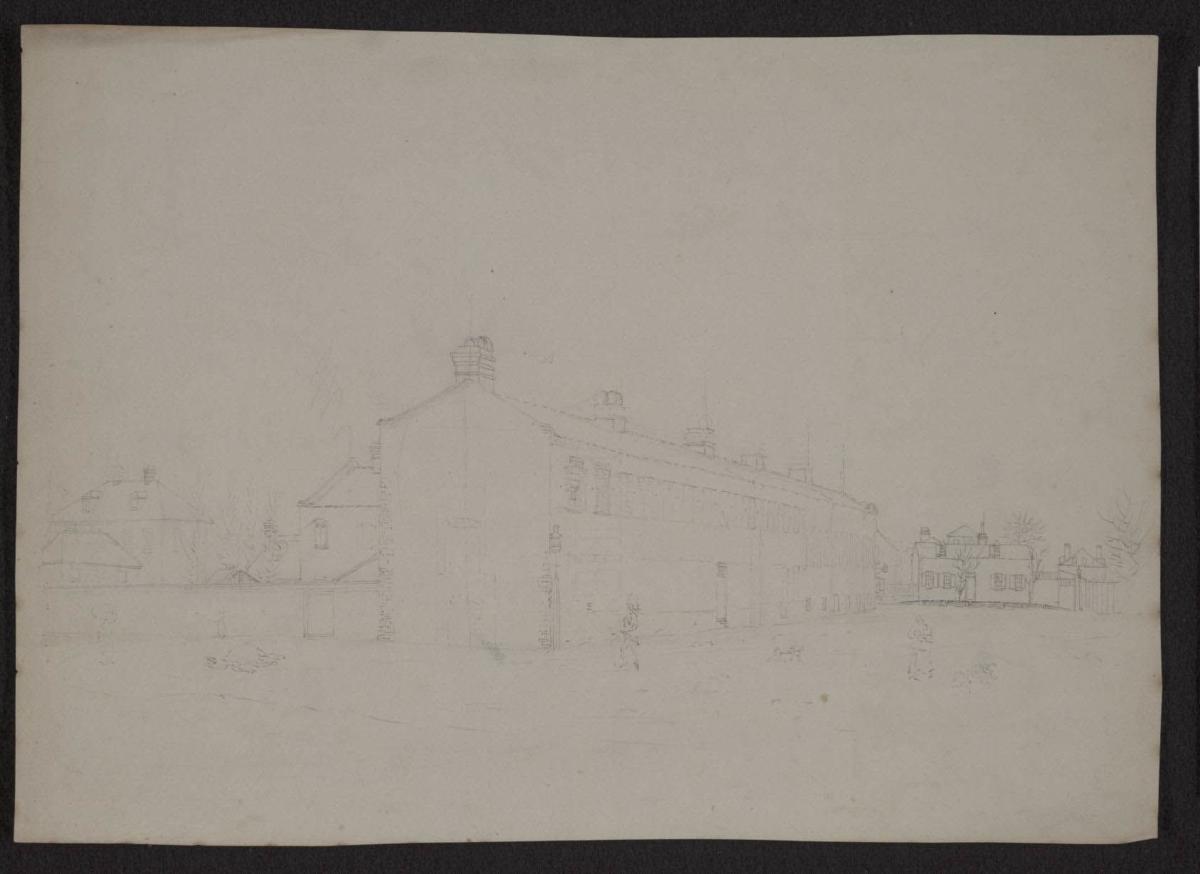 The reproduction of the drawing of the barracks discovered by Harlan Greene on eBay. He bought it for $12. The original is in the Library of Congress. College of Charleston/Provided 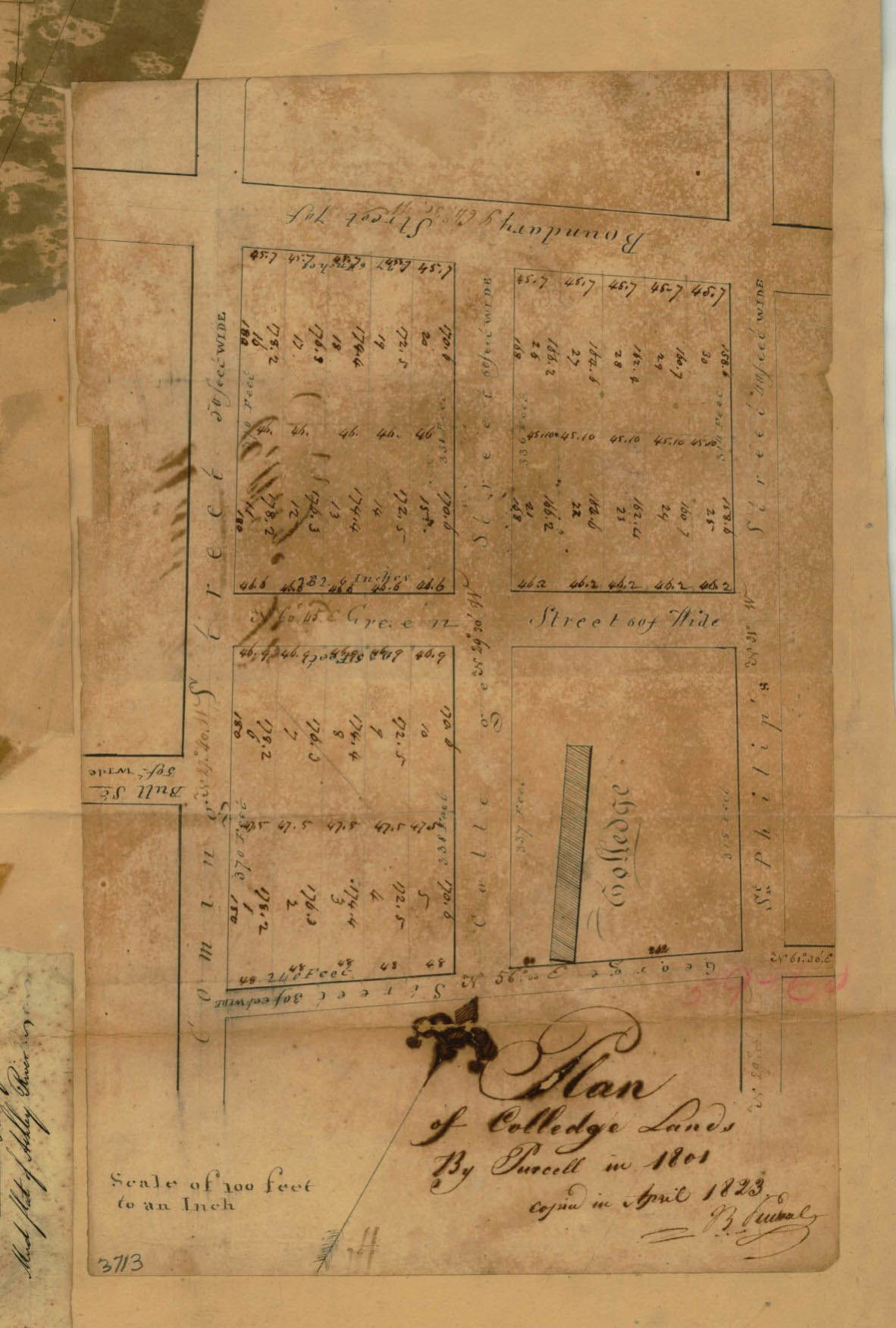 A few weeks ago, in a mostly empty Cistern Yard at the College of Charleston, a young woman slung a hammock across a walking path between an oak tree and a light pole and lay back with some music and a book.

It was the start of the city’s shutdown because of the COVID-19 pandemic. Restrictions had been set in place to limit the spread of the virus. Classes were canceled, and many students were back at home to finish the semester’s courses remotely.

The young woman lounged quietly on her hammock. A thermos sat beneath her. The gnats, active in the humid air, didn’t seem to bother her. She couldn’t have known that she had positioned herself exactly in front of the place where the school’s first building once stood.

Today, this area once occupied by the Charleston College building constitutes the western side of the Cistern Yard. In the early 1800s, though, a converted Revolutionary War barracks stood there — a long and narrow structure, set at a slight diagonal, that served as the school’s first classrooms.

Today, the oak trees struggle to grow there. The buried remains of the barracks block the roots.

The discovery of the old brick building was a happy accident.

Harlan Greene, scholar in residence with the college’s Special Collections division, was on the computer late at night four years ago, browsing through eBay offerings in search of items with a Charleston connection, when he came upon an interesting image. It was a high-resolution reproduction of an 1814 drawing that was “possibly a barracks” (the original, it turns out, is in the Library of Congress).

Hmm, thought Greene. Painter and printmaker John Rubens Smith had passed through Charleston around that time, on a mission to create a pictorial record of early America. He’d sketched the Hasell Street synagogue, and this old barracks.

What barracks would’ve still been standing 40 years after the Revolutionary War? Greene wondered, remembering references to two such buildings near George Street, between St. Philip and Coming streets.

The reproduction sat on his desk for a long time, working its way deeper into the pile of accumulating materials, then resurfacing during a periodic cleanup to remind Greene of unresolved research. But as the archivist and historian gathered and shared ever more material (as an archivist-historian is wont to do), the image ultimately went missing.

He was increasingly convinced that the building was the first one used by the college, and he received some informal corroboration from a colleague or two in town. Then he lost the image for good.

About a year ago, as the college’s 250th anniversary celebrations were in their planning stage, Greene went back to eBay, found the same picture again, from the same seller, bought it again for $12, and this time shared it with Grant Gilmore, a professor of historic preservation.

“Looking at perspective and buildings in background, my gut told me this is pretty good and that we have a decent chance of figuring this out,” Gilmore said.

What did he do? He gathered up as many related photographs of the site as he could find to make comparisons. And he identified a certain structure depicted in the drawing — 58 George St., the Bernard Elliot House — which has the same roof line as the building that stands on the spot today. That, in turn, helped Gilmore orient the image.

Researcher Sarah Fick helped to find old property titles and deeds, as well as plats of city blocks, adding another layer of details, including property boundaries and transaction history.

All the pieces fell into place, he said.

“We were able to confirm that, without a doubt, that image is the barracks for the college,” he said. “This is the kind of thing that makes me happy: advancing our knowledge of our built environment.”

It’s far from an earth-shattering discovery, Gilmore and Greene said. But it’s exciting to fill in an important piece of Charleston’s expansive historical puzzle.

Graduate student Alexandra Heath created a three-dimensional rendering on the computer showing the precise orientation of the old barracks. In the early 1800s, there wasn’t much around.

Greene said the first classes were held here, though it’s possible that part of the building was rented to others. Bored students pried old Revolutionary War rifle slugs out of the walls, according to Charles Fraser, who attended the college in the last years of the 18th century and wrote a memoir called “Reminiscences of Charleston” that was published in 1854.

The building, along with another just the same nearby, had initially housed Provincial troops in the mid-1700s, and later were put to use during the war against England.

All the research done for the 250th anniversary events has clarified other things as well: when exactly certain buildings were erected, how they were first used, for whom, by whom and more.

Bishop Robert Smith, a plantation owner and the first president of the college, presided over the renovation of the barracks. People he had enslaved worked on school projects, for which Smith billed the institution — and compromised it with debt.

After Smith’s death, college trustees (mostly wealthy slaveowners themselves) subdivided the property and attempted to rent the lots.

“The college’s land was now quartered into four approximately equal squares or blocks, the extreme outer limits being Boundary (now Calhoun), St. Philip, George and Coming streets, with College Street running north/south through the parcel, and Green Street running east/west through it,” wrote Greene for an anniversary web page. “In 1817, the College was forced to sell most of its land to satisfy the debt, restricting its precincts to the southeast square of land bounded by George, College, Green and St. Philip streets.”

In 1824, the Rev. Jasper Adams, an Episcopal priest, became president of the college then left his post two years later, declaring he would not return until a new building was constructed, Greene said.

The barracks building was torn down and Randolph Hall erected nearby. Adams returned in 1828 and served for 10 more years. The campus grew. The college purchased private property on its perimeter — single houses that had been occupied by black and white families — and eventually beyond the old boundaries.

The details of the barracks faded into the past. Until Greene’s unlikely eBay discovery.

“It gives us a little bit of our history back,” he said.