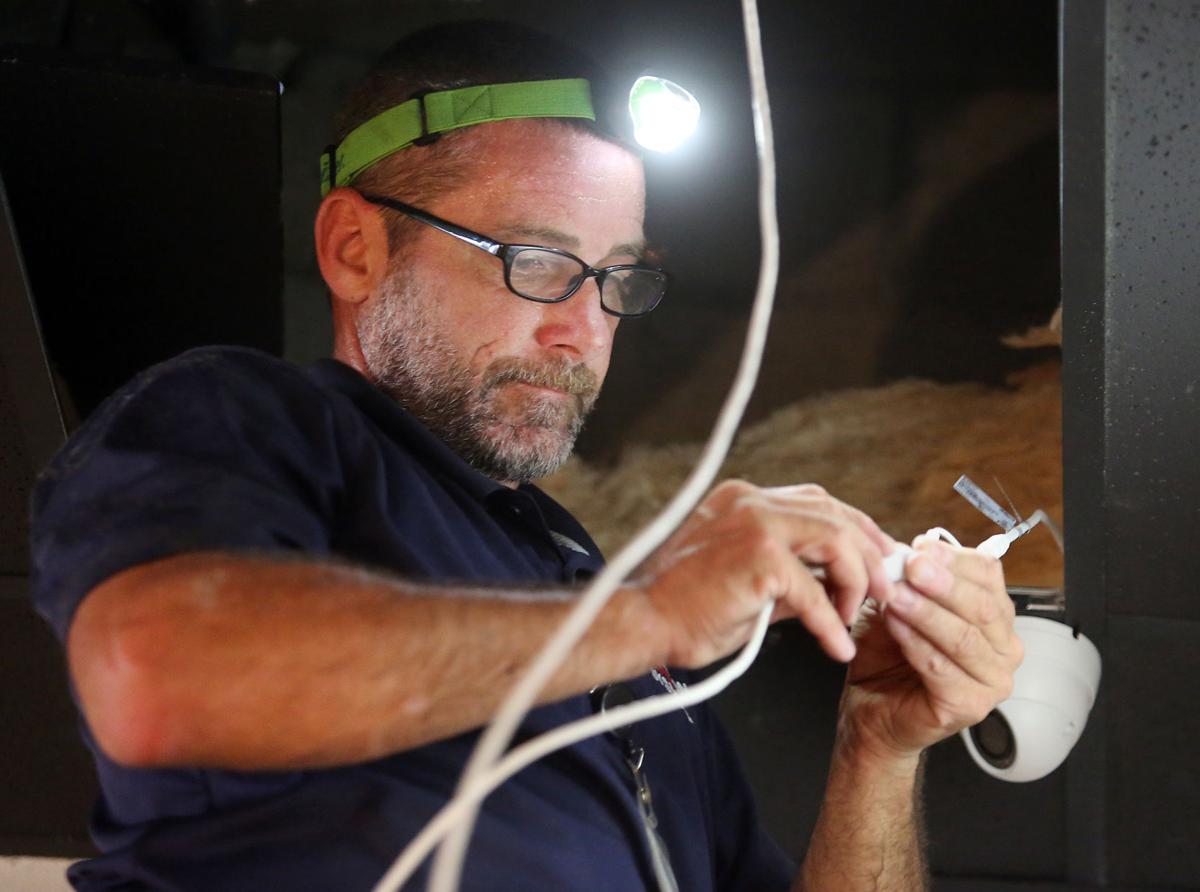 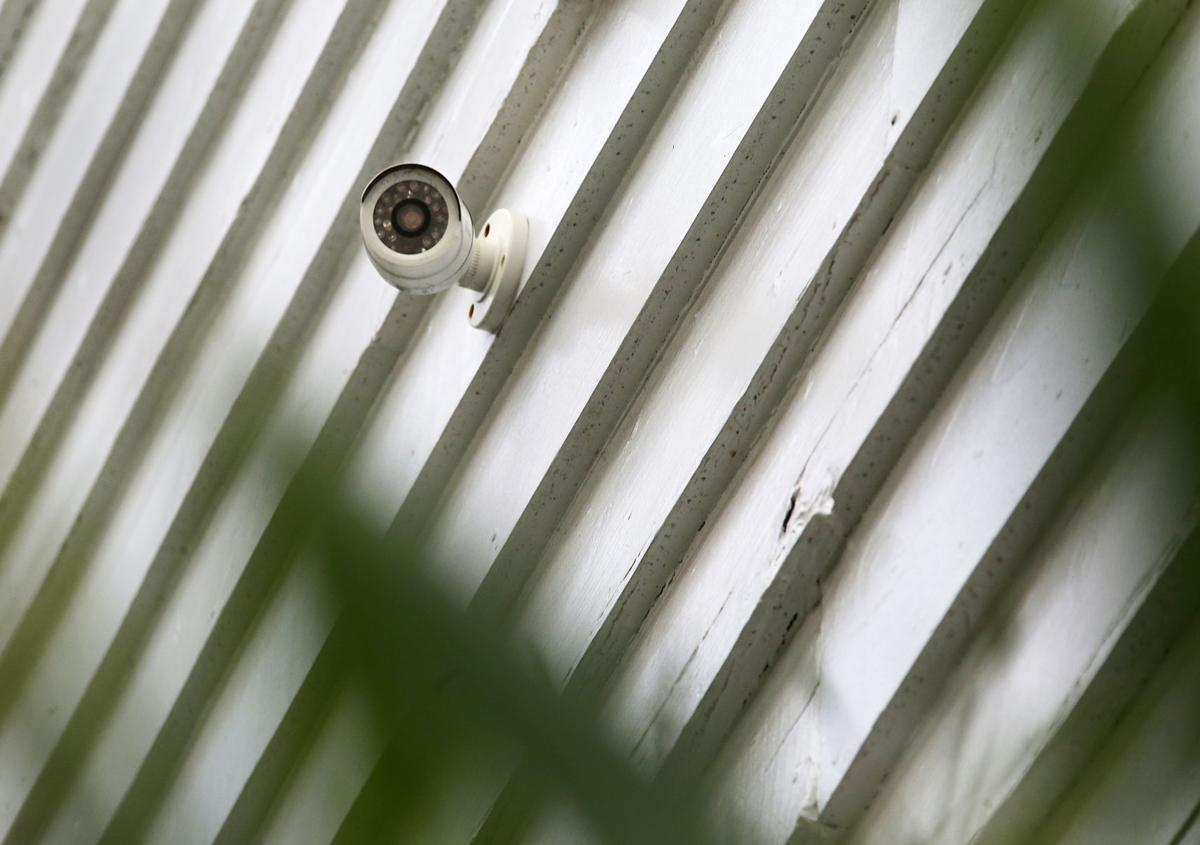 A downtown Charleston homeowner has installed a security camera that keeps an eye on a walkway to the back of their home. Brad Nettles/Staff 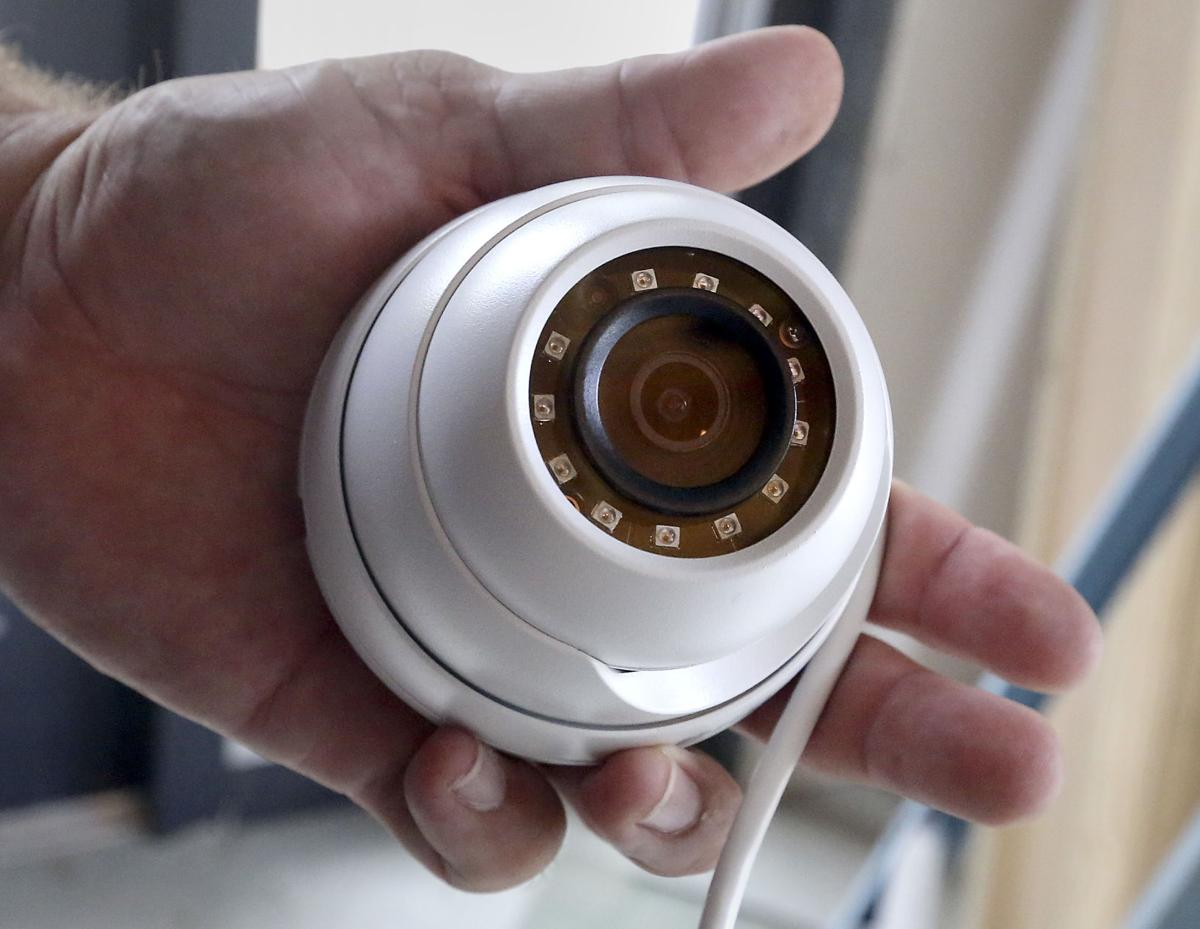 Many homeowners are installing security cameras inside and outside their homes. Brad Nettles/Staff 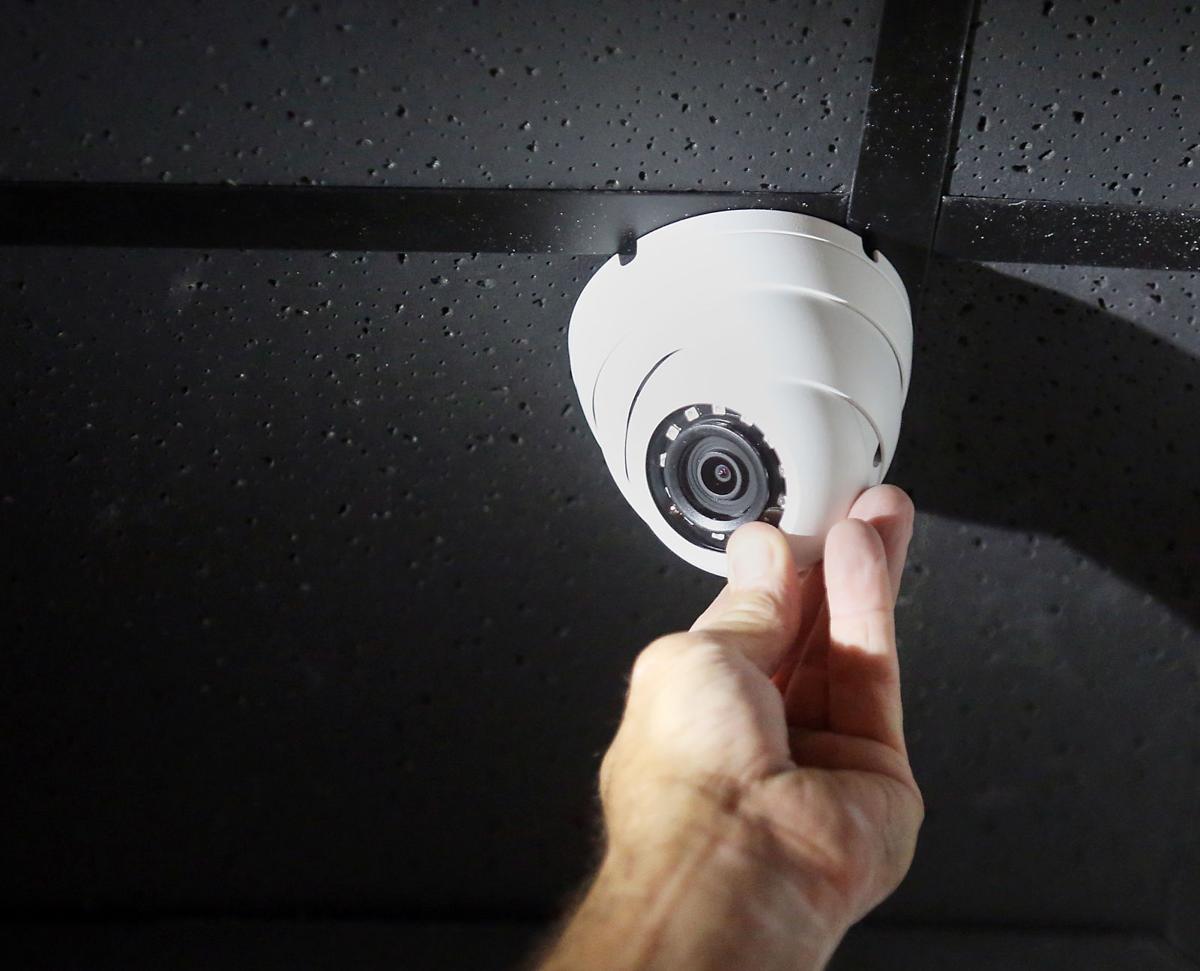 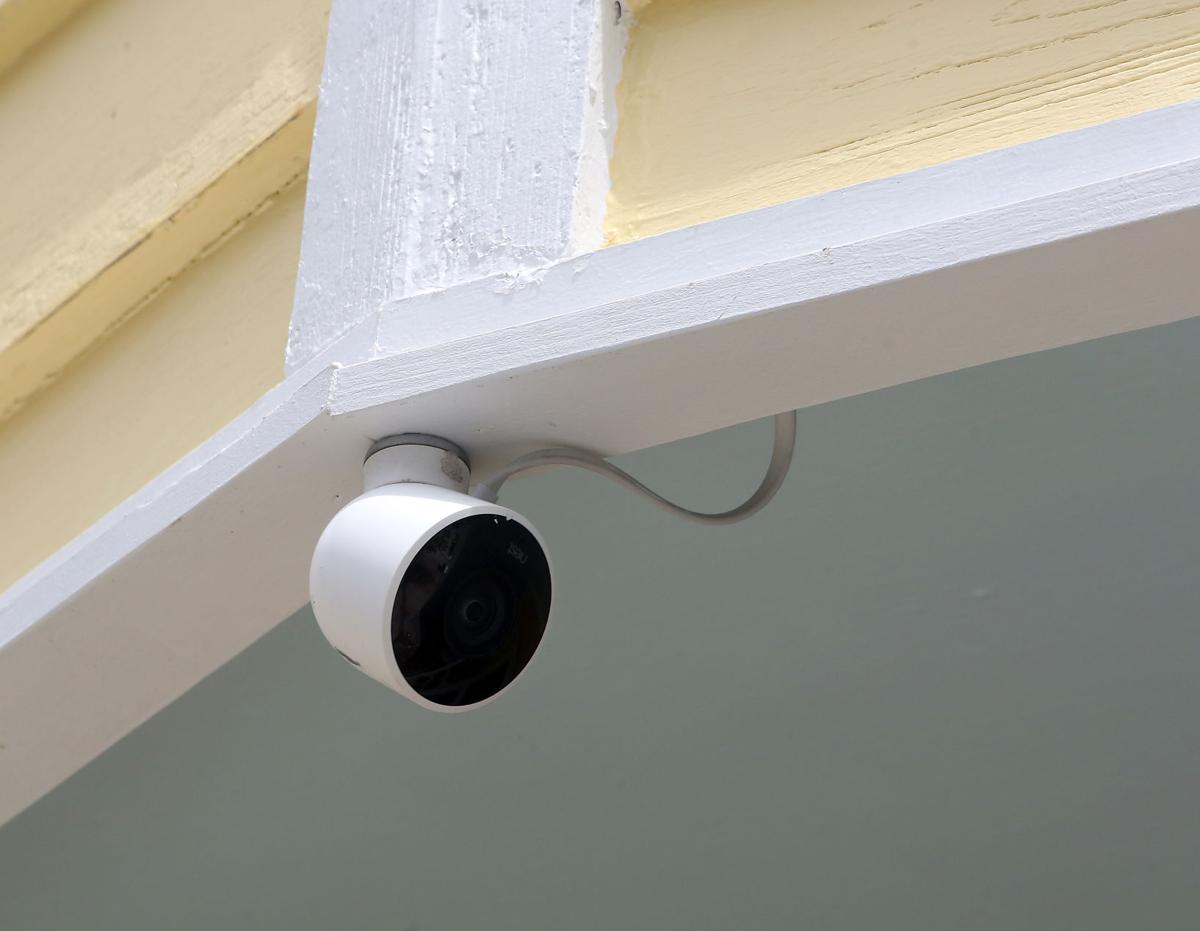 A downtown Charleston homeowner has installed security cameras around the front door of their home. Brad Nettles/Staff

A downtown Charleston homeowner has installed security cameras around the front door of their home. Brad Nettles/Staff

Whether it is catching the neighborhood cat digging into a bird feeder, a newspaper thief on Smith Street, unlocked car break-ins or assisting police in criminal investigations, Charleston homeowners are participating in a nationwide trend of purchasing, installing and monitoring inexpensive camera surveillance systems.

Logan Bland, a sales manager with locally owned Charleston Security Systems, said people look for camera systems either when they are just moving into a new home or because something happened and they are reacting to it.

"We started noticing more and more last year a spike of more people looking to do residential cameras, whether it be 24/7 recording or just motion recording so we started adding doorbells to our systems," Bland said.

Bland said homeowners or renters looking for home security should "do their homework" and research different companies that offer services. He advocated for a local company compared to one of the national ones because he said they offer better, faster service.

The North Charleston-based business doesn't monitor camera surveillance videos, or doorbell videos either. Doorbell video systems come with a phone app that will ping a homeowner if someone rings the doorbell and can be altered to detect motion.

"Everyone seems to have video doorbells, so we saw that and noticed it was important," Bland said. "Whether it be Amazon packages or someone coming to your door when you're not home."

The caveat to doorbell systems is that they typically record and obtain video feeds using Wi-Fi, so if cable is out in the neighborhood, the doorbell video camera wouldn't work either. The doorbell systems typically have a wide view that in some instances can catch homeowners' driveways and their whole front yard, so it might not necessitate a second camera.

More sophisticated camera and alarm systems include hard-wiring the system to a DVR for 24/7 recording and backup. Those typically cost more but aren't as common among residential security system customers, Bland said.

"About last year, the end of last year, when car break-ins started really popping up, that's when you saw the rise in doorbell cameras," Bland said. "With doorbell cameras on the rise, I would recommend them just from holiday experiences where you have packages go missing."

Mike Hilfer, who moved from Seattle and has lived near Rutledge Avenue in the northern Wagener Terrace neighborhood the last three years, said he decided to purchase two Nest cameras about 2½ years ago because of package thefts in the area.

"We were members of a Facebook page and saw a number of package thefts and weird stuff going on, so we decided to set them up," Hilfer, 34, said. "Luckily, we haven't had any thefts, but we did catch a few guys prowl (the street) with the(ir) cars."

Hilfer said he settled on a Nest camera because it allows him to access other features of his home remotely, such as the thermostat. Another feature Hilfer said he likes is the ability to talk through the camera to those outside his home, though he doesn't use it much.

One video showed Hurricane Irma knocking a tree down in his backyard. Other than that, the camera usually picks up on the neighborhood cat trying to get into Hilfer's bird feeder. One time, the neighborhood was able to track down a plant thief with the assistance of a doorbell camera.

Hilfer said the cameras also are helpful for checking up on a dog sitter when they are out of town. They can check how often the dog sitter takes their dog Nat out for a walk.

The Nest cameras ranged from $170-$200 when Hilfer purchased them and include either a 5-day, 10-day or 30-day video retention time frame.

"Installation was pretty easy, the only thing is you need a power source," Hilfer said. "We had to kind of drill a hole into the siding."

In December, the Charleston Police Department introduced a "crime watch partnership" for homeowners to sign up to share camera footage should there be a crime in their neighborhood. Homeowners who sign up indicate they can help, but at the time of an investigation can decide whether they want to turn over camera footage.

"We've seen a rise in the number of cameras, both residential and business," said Charleston Police Lt. Peter Farrell. "They're now more accessible than ever in terms of cost."

Farrell pointed to the integral part camera footage played in the Boston bombings investigation. It is more commonly used in cases of package theft or car break-ins, and provided visual clues in a recent shooting case on Charleston's East Side.

"An important part of all our investigations at this point is to look for security cameras in the area," Farrell said. "It's such a win-win. It saves the investigators an immense amount of time knowing where those cameras are in a given area."

Farrell said it is a growing trend in law enforcement and large cities and "hundreds" in Charleston have signed up already.

"It's 100 percent a voluntary program," Farrell said. "A resident, by signing up, is saying, 'I have a camera and if an incident happens in my neighborhood, feel free to reach out to me to see if I can help.' "

Another important consideration for homeowners to make is to check the camera feed at different times to make sure lighting isn't impacting their recordings, whether it be an outside light or the sun.

"Common-sense rules apply — you want to be able to see the driveway and street," Farrell said. "You want to think, 'How might someone be able to get to my house?' That should be the main consideration."