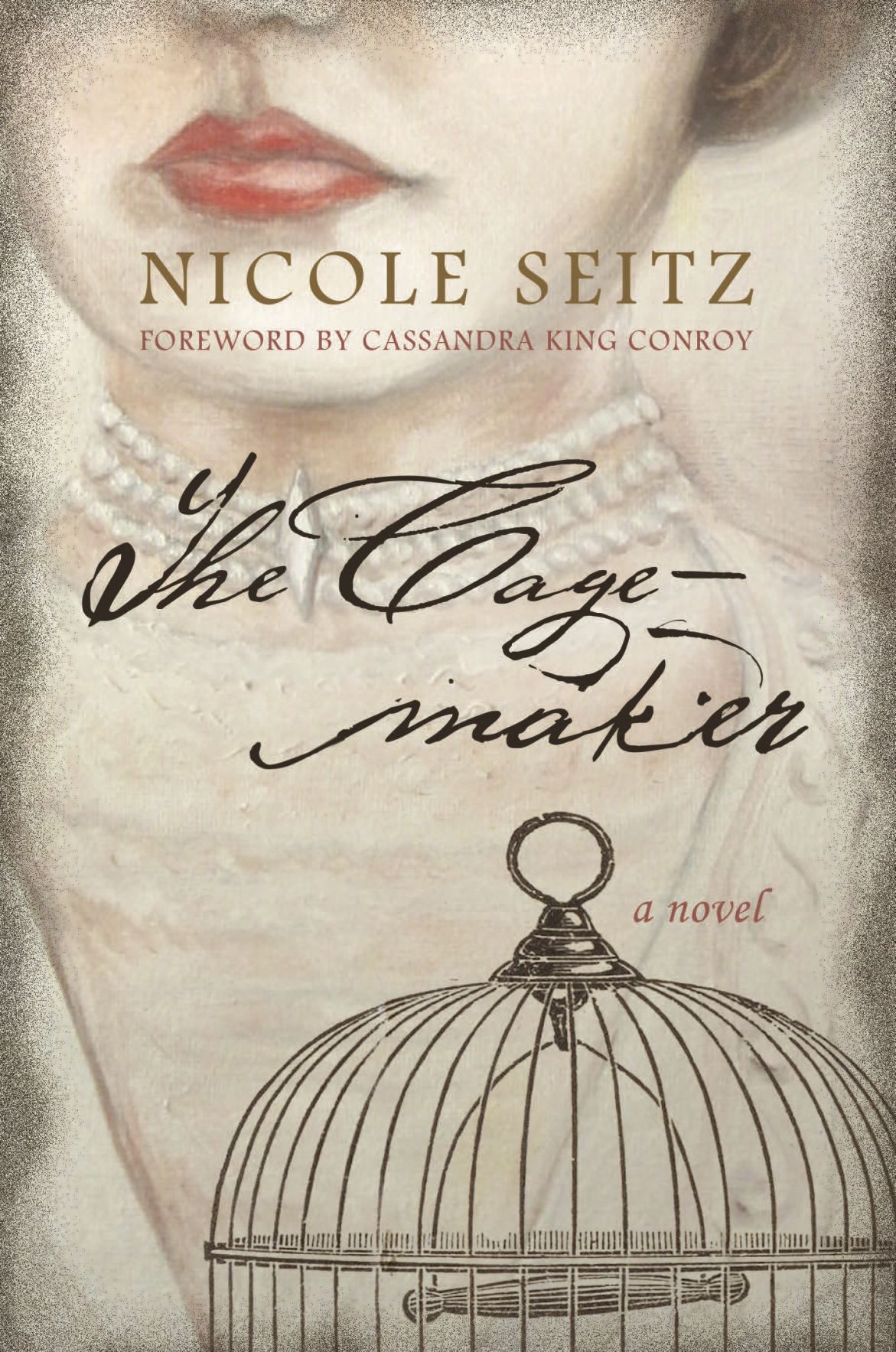 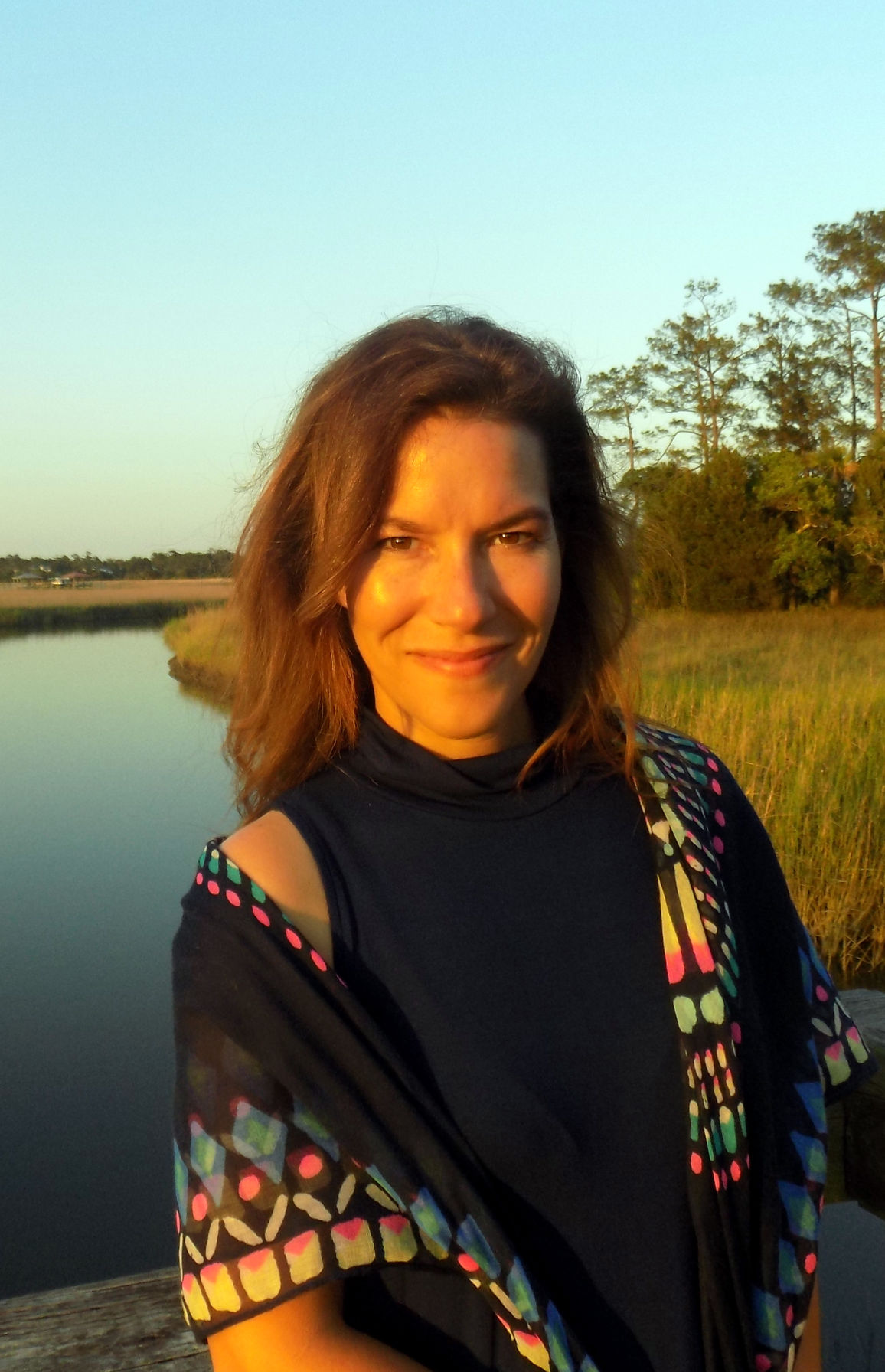 From “A Confederacy of Dunces” to “A Walk on the Wild Side,” few cities have supplied as much tantalizing literary fodder as New Orleans, rich in culture, stories and secrets.

Charleston's Nicole Seitz, whose roots run deep in The Big Easy, has composed a seductive and unusually compelling framework for her seventh novel, “The Cage-maker,” based largely on family legacies and the embroidery they inspired.

Told through diary entries, letters and newspaper clippings, the book employs different time periods and narrative strategies to tell the stories of a doomed family, an artisan, a curse of riches and the reluctant interventions of a physician who also serves as narrator.

Seitz's own illustrations decorate the pages of her first hardcover, which is published by Story River Books, a fiction imprint of the University of South Carolina Press.

Q: Much of the inspiration for this story derived from researches into your own family histories in New Orleans. How did the novel evolve?

A: I have a passion for genealogy. In researching my great-grandmother in New Orleans, I discovered she shared my birthday. Studying her, I soon learned her brother, Ferdinand, married a 15-year-old girl, Carmelite, at the turn of the 20th century. Carmelite soon inherited a large sum of money, and within a year, she was dead. I found Louisiana Supreme Court records describing the father coming after Ferdinand for the money. How did the girl die? Did my ancestor have anything to do with it?

As I dug deeper, I learned her younger sister, Gladys, eloped a few years later at age 14. She, too, inherited the money. She, too, was dead within a year, and again the father was coming after the money. At this point, I was hooked and knew I had to know what happened to these girls. I began intense research in 2011, and it took nearly three years to write “The Cage-maker.” It was a time marked with dead ends and do-overs.

Q: To what extent is the novel based on actual persons and events?

A: For the most part, the characters in “The Cage-maker” lived and breathed in New Orleans, although a couple were born completely of my imagination, and some had names changed. There were connections between people and themes that I embellished, but mostly, the striking events of the past were my launching pad in weaving my tale. When it was possible, I tried to stay true to personalities, locations and facts.

The numerous newspaper articles were included mostly verbatim, so this gives one insight into how much of the story was actually true. The writing of the novel was a bit of an obsession to know the truth and in some ways a prayer for those whose stories I placed on paper. At the end of my novel, I decided to give my readers hints as to what was fact verses fiction.

Q: How did you decide on the narrative structure of the novel?

A: In telling this tale through letters, journals, newspaper articles and diary entries, it’s as though the reader is discovering the documents for herself/himself and becoming the sleuth in this mystery. Sometimes there are gaps in time and space. The reader gets to imagine the in-between and put the pieces together, just as I did in my research.

As a child I loved to play a Sherlock Holmes game with my cousin, in which we had a mystery to solve and newspaper articles and other artifacts to search to come to our conclusions. To me, that was real fun, and in researching “The Cage-maker” those a-ha moments of discovery were true bliss. I wanted my readers to experience that same feeling. It was the best gift I could offer.

Q: For a writer, getting inside the hearts and minds of leading characters of the opposite sex is no mean feat. How did you manage it?

A: Though I tried, I was unable to tell the story solely from the points of view of the two young sisters who brought my attention to their misery. I needed a narrator or two who could help pull the pieces together and illuminate this story that spanned decades. I knew I had an ancestor from New Orleans whose occupation was listed as birdcage maker in the late 1800s.

I pictured him as an artist, not merely a tradesman, and had him become entwined with the dark linage of the wealthy Saloy family, who added the fourth story to the famed Le Monnier mansion. Perhaps because he only lived in my mind, I was free to find Francois’ true voice. He was the easiest character to write, partly because I am an artist.

The main narrator, Dr. Le Monnier, was the real coroner of New Orleans and head of the insane asylum. He was a Civil War veteran who was vocal in his own days. Writing him was more of a challenge simply because I needed to read everything I could of him, even in his own words, in order to write him. But when I finally heard his voice, he, too, came alive for me and told my tale.

Q: Given all the tragedies and talk of curses, how did you keep the story from slipping into the realm of soap opera?

A: I hope it’s because I cared enough about what I was writing. I cared about the people and their woes. And I generally didn’t make up anything big and dramatic. Instead, I let the stories fall as they may. Reading through the articles and court cases I found, my jaw dropped. I recognized I’d found a goldmine of story fodder. Not to mention this was of intense personal interest. If there was something sinister in my lineage, I needed to know.

I, in fact, was a character in this story, much like the present-day blogger, Trish, who is bequeathed the magnificent birdcage in the beginning of the book. So I needed to get it all out there, every sordid detail. I truly believe knowledge is powerful, and the truth, if we let it, can set us free from our pasts.