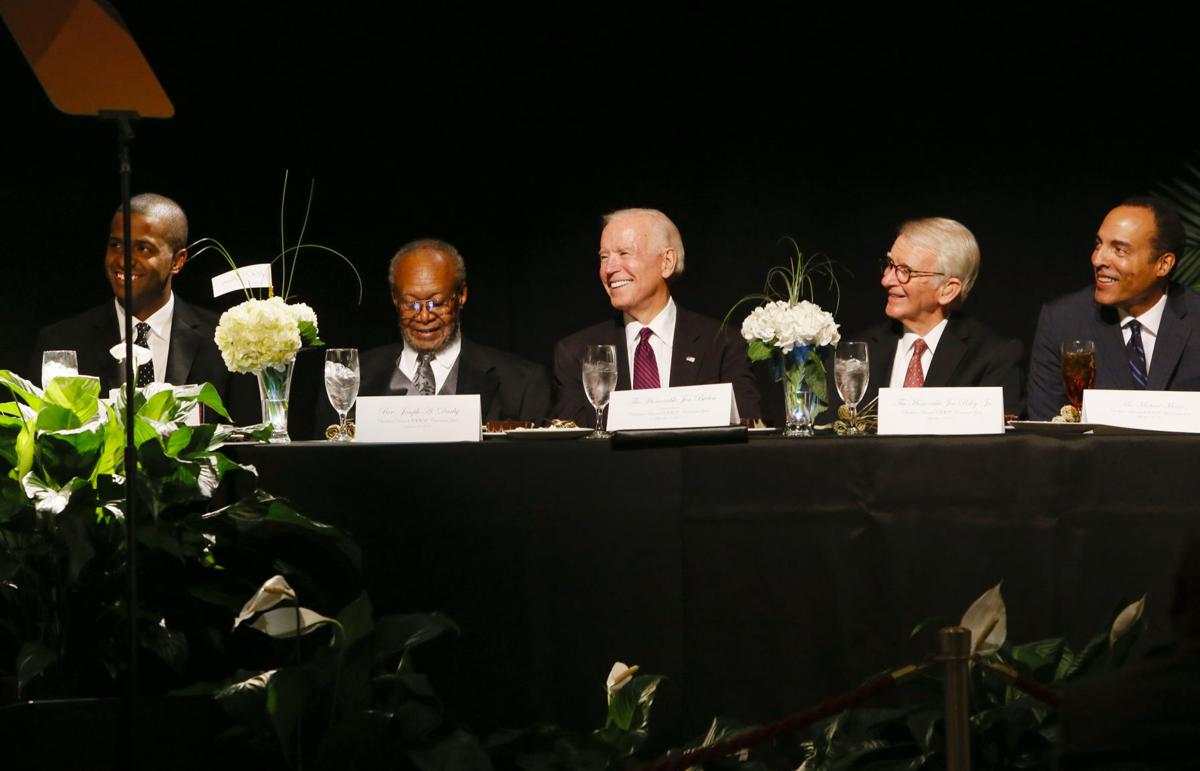 The 47th Vice President Joe Biden is complimented by Rep. David J. Mack III (unseen at the podium) during the Charleston Branch NAACP 100th anniversary gala fundraiser in the Gaillard Center ballroom on Saturday, Sept. 23, 2017. Biden was the keynote speaker for the evening. Michael Pronzato/Staff 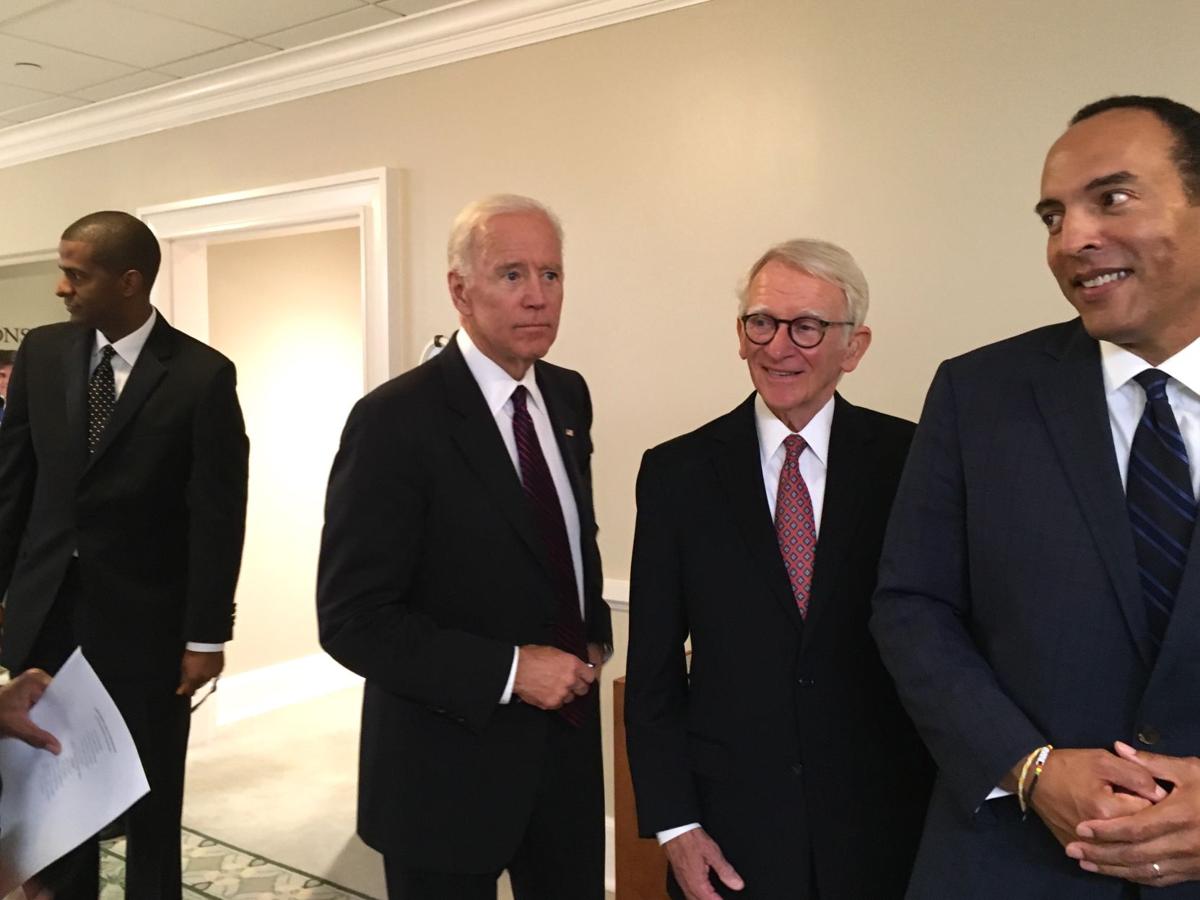 The 47th Vice President Joe Biden is complimented by Rep. David J. Mack III (unseen at the podium) during the Charleston Branch NAACP 100th anniversary gala fundraiser in the Gaillard Center ballroom on Saturday, Sept. 23, 2017. Biden was the keynote speaker for the evening. Michael Pronzato/Staff

"Home for me is the NAACP," Biden told the gathering of about 800 in the Gaillard Center ballroom in a speech fueling speculation about a 2020 run for president. "I got started (politically) with the NAACP. The NAACP in my state (of Deleware) was the moral center."

Biden summarized key moments in South Carolina and NAACP history: The early effort to put black teachers in classrooms, the Briggs v. Elliott case of 1952, the march to Columbia in protest of the Confederate flag in 2000, the Emanuel AME Church shooting of 2015.

"Staring down rage and hate isn't new to you, it's in your DNA," he told gala attendees. "If you think your state and nation needed you in the past, we need you now more than ever."

Former South Carolina lawmaker Bakari Sellers, now a CNN contributor, was master of ceremonies. Several dignitaries made brief comments, including Rep. David Mack. "The country is in trouble right now," he said. "There's never been a more important time for the NAACP."

Mayor John Tecklenburg quoted Mississippi freedom fighter Fanny Lou Hamer, who said, "Nobody's free until everybody's free." Tecklenburg said the city is working on a plan to provide more affordable housing, and that a referendum on the Nov. 7 ballot will give voters a chance to approve a $20 million general obligation bond for that purpose.

Michael Boulware Moore, CEO of the International African American Museum, briefly described three components of the project: A Center for Family History, a social justice action lab, and the possibility of installing at the site two stones from a Sierra Leone jetty, the last steps taken by enslaved Africans before embarking on the tortuous Middle Passage.

In his comments, Biden referred to the August confrontation between white supremacists and their opponents in Charlottesville, Va., condemning President Donald Trump for false moral equivalencies that have empowered white nationalists.

"I didn't think we'd be fighting these battles again," he said. "When it comes to race in America, hope does not travel alone; it is shadowed by a long trail of violence and hate. ... Once again we are living through a battle for the soul of the nation, a battle I thought was done and won."

He said there was no place in America for hate groups and warned those assembled to remain vigilant.

"We will not watch this behavior and grow numb to it as it happens," he said. "We can't allow it to be normalized."