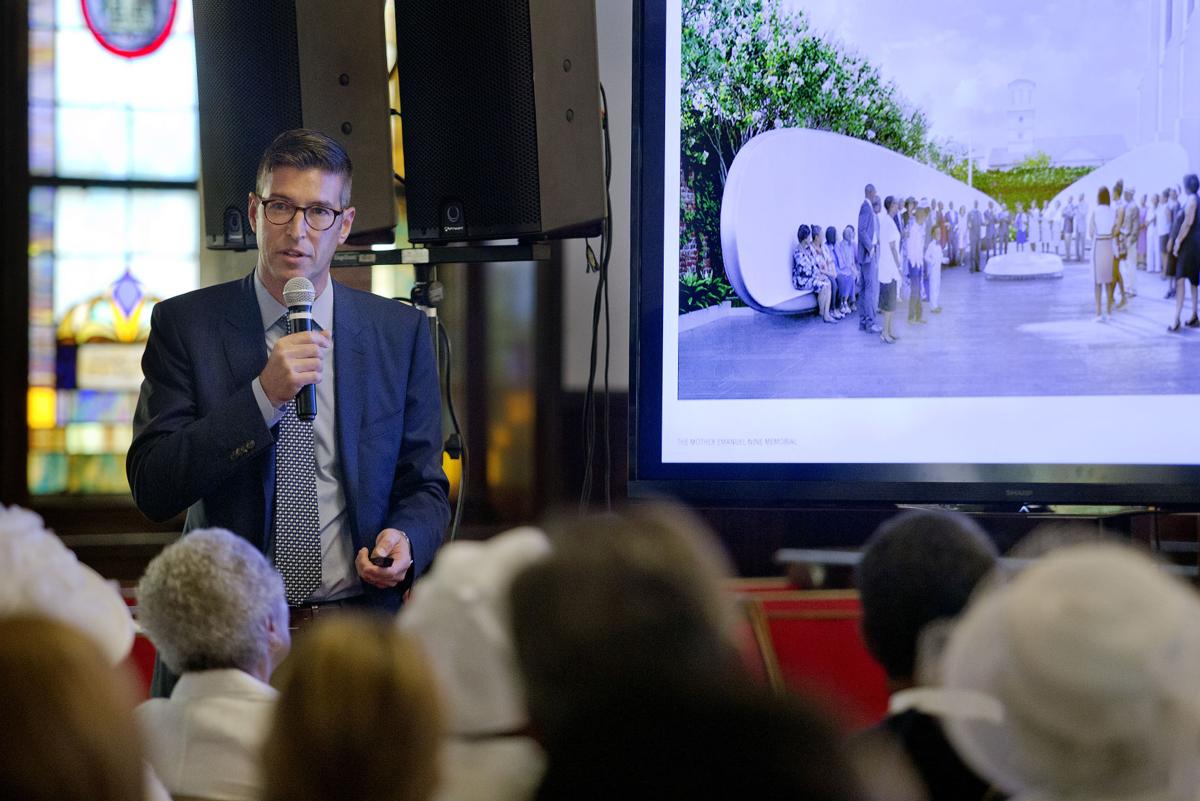 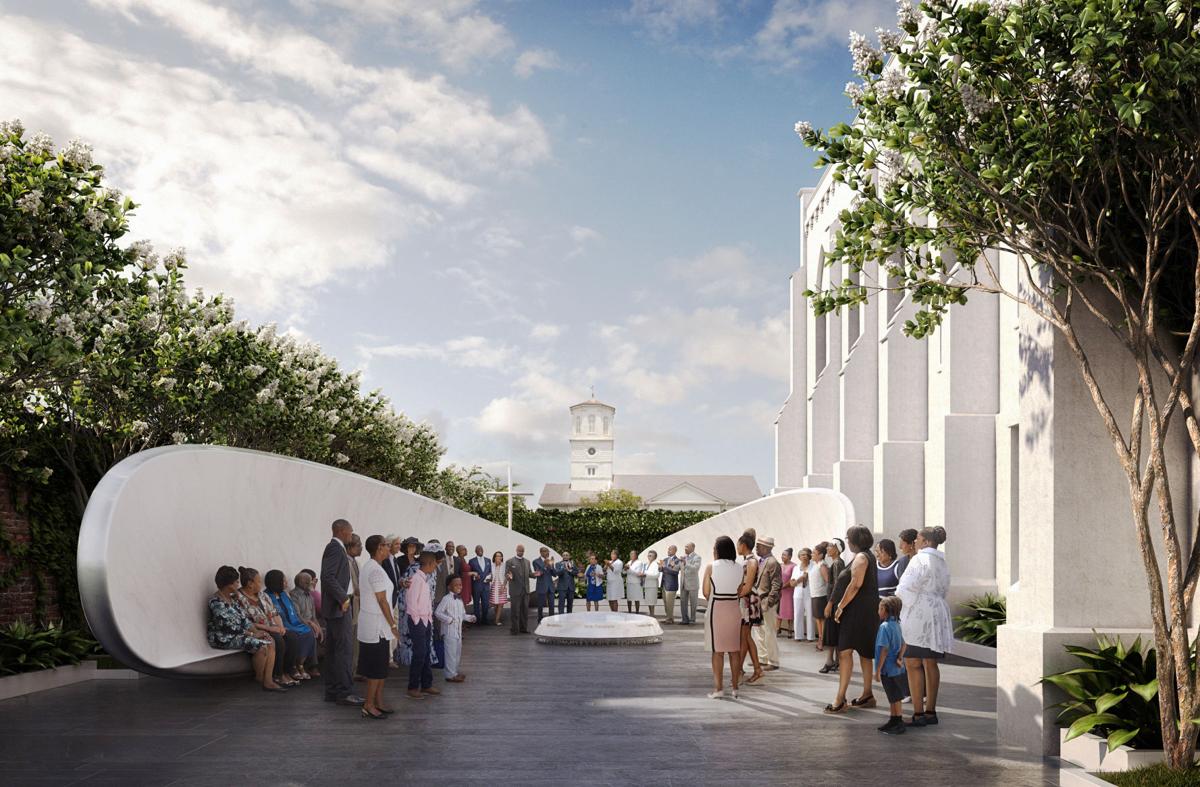 This rendering shows the proposed Emanuel Memorial Courtyard as seen from Calhoun Street, just west of the church. File/DBox-Handel Architects/Provided 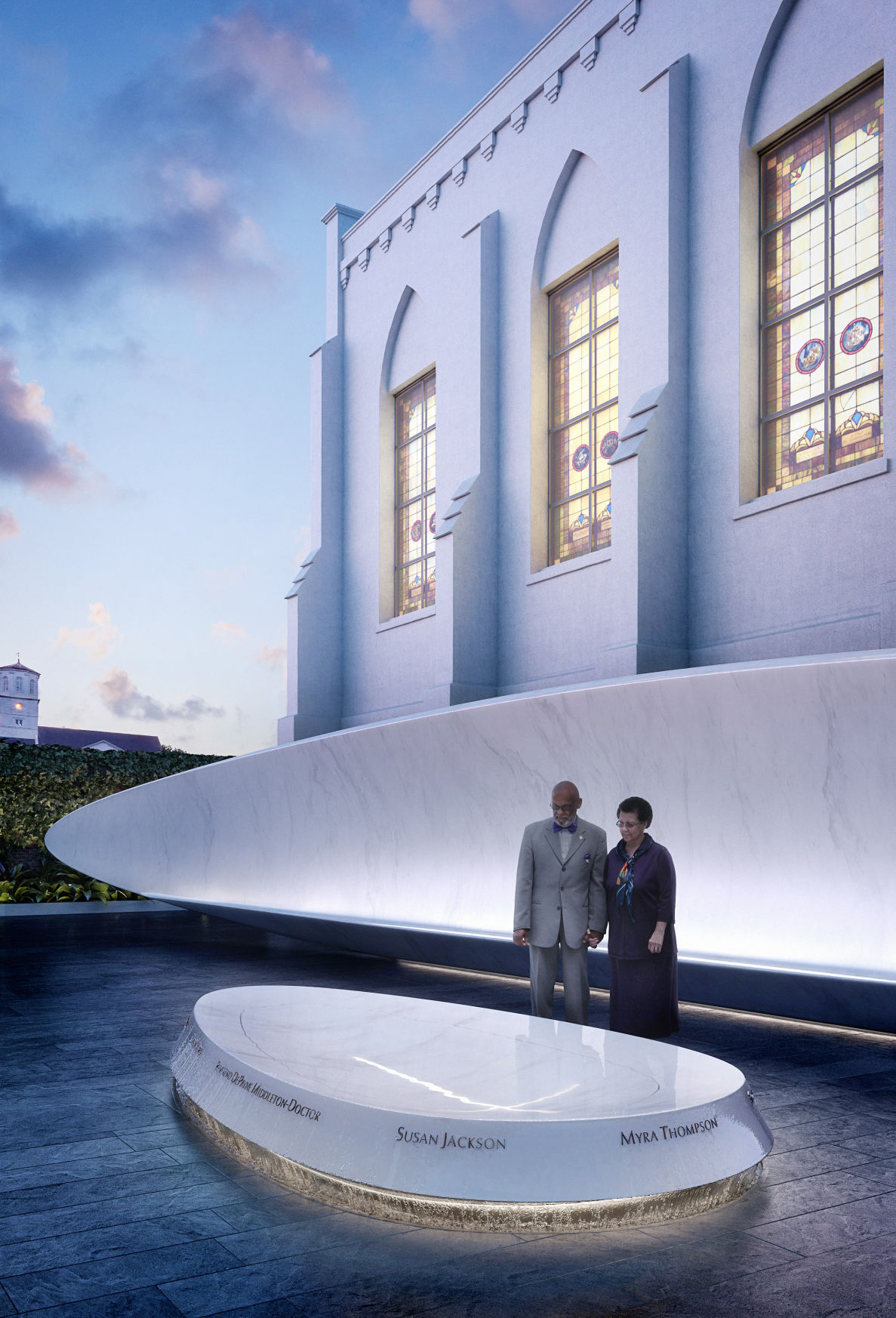 This rendering shows the Emanuel AME Memorial courtyard at dusk. The egg-shaped fountain would be inscribed with the names of the nine parishioners who died in the 2015 massacre. File/DBox-Handel Architects/Provided 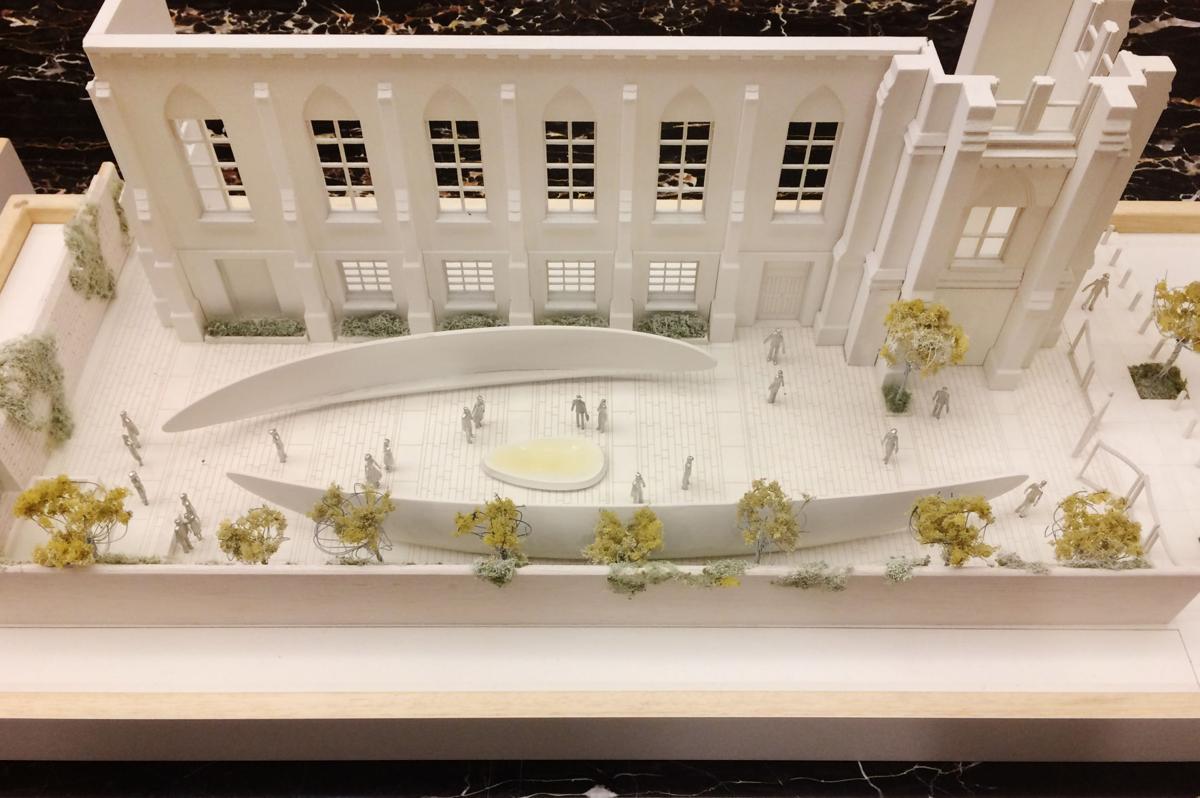 The Emanuel Memorial would include this courtyard on the western side of the church. As seen in this model, two curving elliptical forms surrounding an egg-shaped fountain provide the dominant element. File/Robert Behre/Staff

This rendering shows the proposed Emanuel Memorial Courtyard as seen from Calhoun Street, just west of the church. File/DBox-Handel Architects/Provided

Bank of America will give the Mother Emanuel Memorial Foundation board a $250,000 grant toward the construction of a memorial to honor the nine parishioners murdered in 2015 at Charleston's Emanuel AME Church.

Construction is expected to cost about $10 million, which includes buying a small piece of neighboring property to offset lost parking.

As of Monday, the foundation has raised over $7 million, according to Foundation Board Co-Chair John Darby. Money has been raised through vigils, foundations and other donations. Darby said board members are hopeful to secure $10 million by the end of the year and see the memorial completed by the end of 2021.

Mark Munn, Charleston market president of Bank of America, said the company is honored to support the memorial.

"Our support aligns with the intention of the memorial itself to be a reflective space to join together in community, as well as to promote unity and resiliency," Munn said in a prepared statement.

Plans for the memorial were released in July 2018. The memorial was designed by the same architect who created the National September 11 Memorial in New York City, Michael Arad.

The memorial includes a courtyard with two high-back benches facing each other, intended to look like sheltering wings. In the middle of the courtyard, the benches will surround a marble fountain. The fountain's edge will have the names of the Emanuel Nine carved into it. A cross and altar will be built at the back of the courtyard.

The Mother Emanuel Memorial Foundation also received a $500,000 grant from Wells Fargo in October, and the Robert and Janice McNair Foundation pledged $1 million toward the project in August.

On June 17, 2015, Dylann Roof entered the Calhoun Street church and waited as a group of churchgoers held Bible study before opening fire on them. His shooting rampage left nine dead. He sits on death row at the U.S. Penitentiary at Terre Haute, Ind. His attorneys are appealing his conviction and sentence. According to The Associated Press, Roof has staged a hunger strike in the last month because he feels he has been targeted by staff and treated worse than other inmates.

Donations for the Emanuel Nine Memorial can be made at emanuelnine.org/#donate.