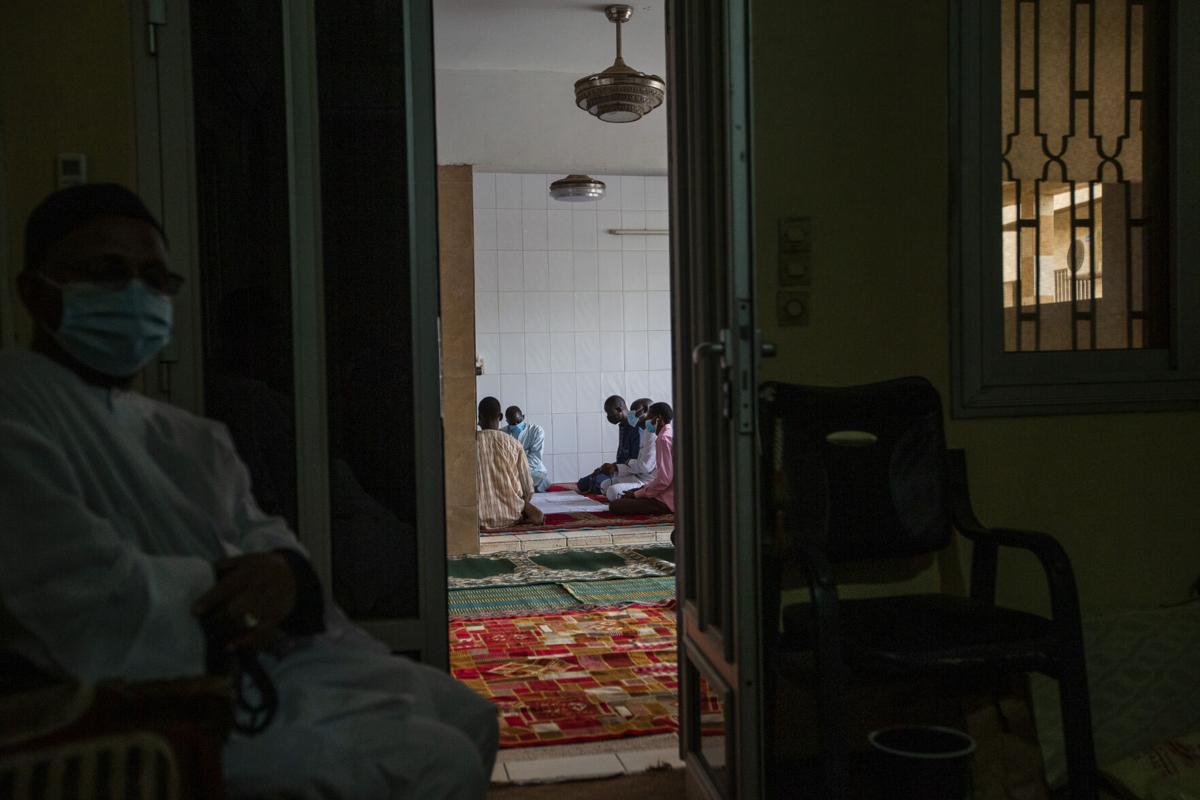 Men gather inside the home of the imam of the Mausolee Seydou Nourou Tall in Dakar, Senegal. With a Friday prayer service approaching, they chant verses from the Quran. Gavin McIntyre/Staff 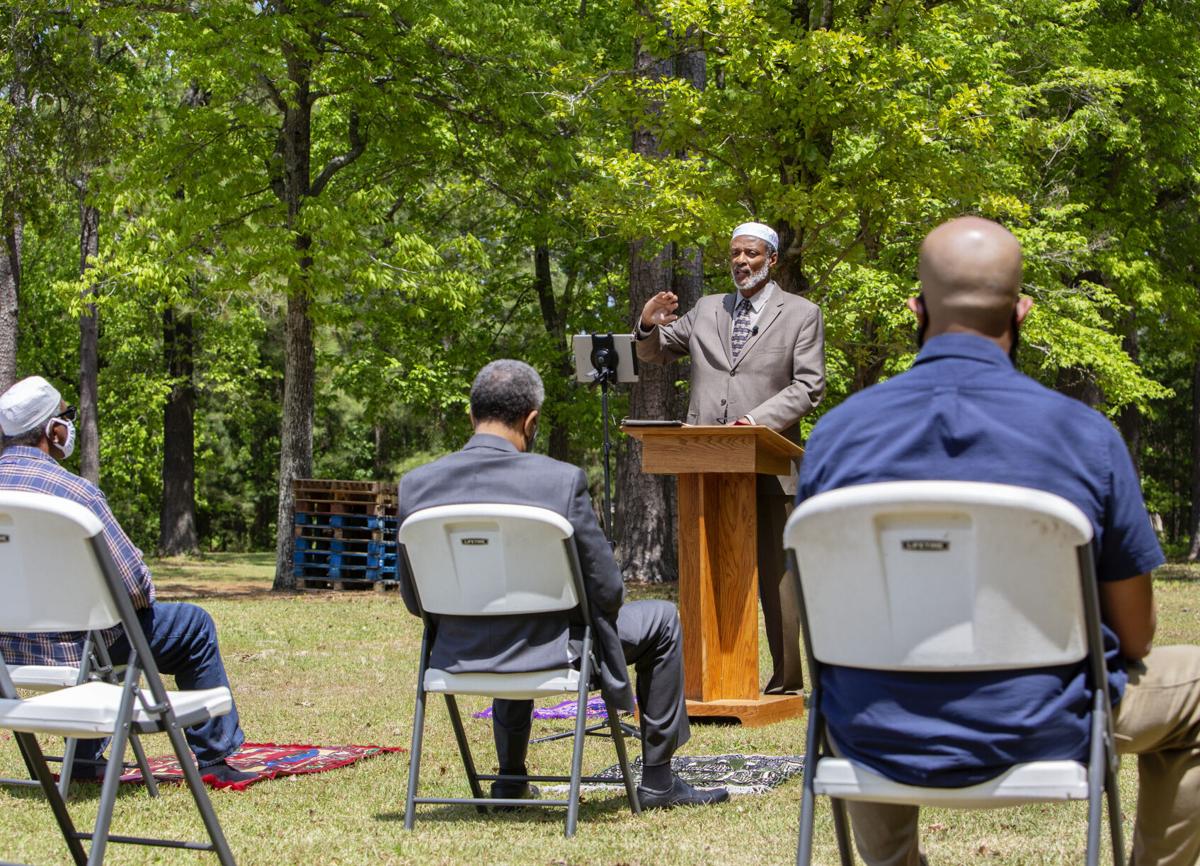 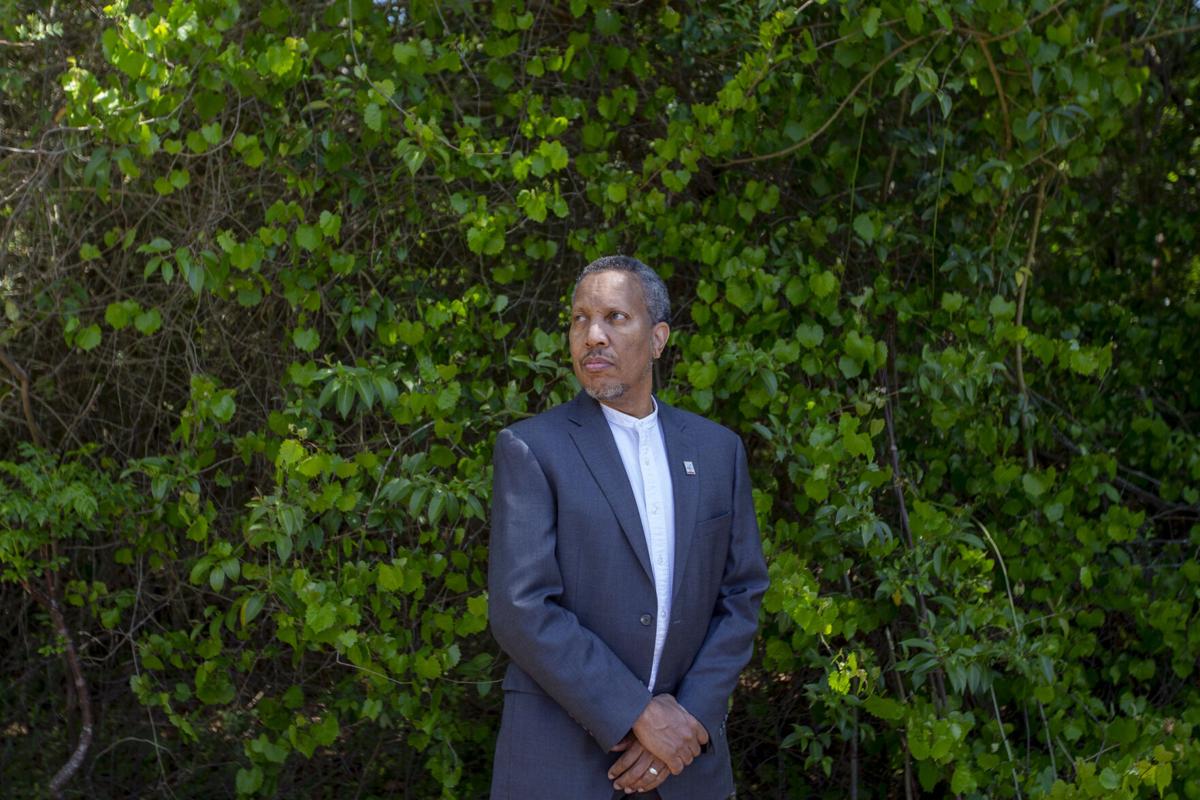 Adam Beyah converted to Islam in 1972, through the Nation of Islam. When he later moved to Fayetteville, N.C., he joined a mosque name for Omar ibn Said and led an effort to get a state historical marker about Omar placed in front of it. Gavin McIntyre/Staff

Many enslaved Africans — about one in five — arrived at North American ports as Muslims.

But their story remains little known.

Historian Sylviane Diouf wrote the first edition of her book “Servants of Allah: African Muslims Enslaved in the Americas” in 1998. She revised it 15 years later to re-explore the question: Why had so little attention been paid to Muslims brought from Africa and enslaved here?

“For all their contributions and accomplishments, the Muslims have largely been ignored,” Diouf wrote.

Estimates of their numbers range widely, from about 10 to 30 percent of enslaved Africans in North America, or pushing 120,000 people.

A quest for the true identity of Omar ibn Said, a Muslim man enslaved in the Carolinas

Omar ibn Said was captured in Senegal at 37 and enslaved in Charleston. A devout Muslim, he later converted to the Christian faith of his enslavers. Or did he?

That means many African Americans have Muslim ancestors.

Diouf is a descendant of the 17th-century founder of the Islamic university of Pir in Senegal. As she read hundreds of books about slavery over the years, she noticed a shocking absence of scholarship about enslaved African Muslims. Even recently, as academics examine myriad aspects of slavery in America, little has appeared about this key group.

“Why did they disappear as Muslims?” Diouf asked.

Notable exceptions include Muslims enslaved just south of Charleston on Georgia's Sea Islands who retained their faith and are well-remembered in history.

Bilali Muhammad was enslaved on Sapelo Island where he worked as a head driver on a large plantation. He also penned a 13-page Arabic text that is the earliest known Islamic document written in the United States.

On the island to his immediate south, his friend Salih Bilali was enslaved on St. Simons. Bilali also became head driver, supervising more than 400 people. He, too, retained his Muslim faith throughout his life, reading the Quran daily and reportedly praising Allah and Mohammad in his final words.

But these men aren't the norm in recorded history.

Perhaps that is because White historians didn’t know — or care — much about Islam. They also might have focused on enslaved people who adhered to animist religions because they fit the narrative of the uncivilized African more easily than Islam, a fellow Abrahamic faith.

In fact, Islam arrived in North America in the 1500s when Spanish and Portuguese explorers brought enslaved Muslims with them, said Ayla Amon, curatorial assistant at the Smithsonian’s National Museum of African American History and Culture. She is writing a book translating Omar ibn Said's surviving texts.

The thousands of Muslims who followed brought traditions still evident today, especially among Gullah communities. Many Gullah words derive from Arabic, and Amon sees convincing arguments that the "ring shout," a kind of religious dance, is related to the ritual circling of the Kaaba in Mecca.

“These are still very much living traditions," Amon said, "so we are seeing the legacies of these first African Muslims.”

Yet when scholars examine religion during slavery and Jim Crow, they often focus on the Black church, even though few Africans arrived here as Christians. Most converted to the faith of their enslavers — by choice, necessity or force.

“For generations, the Black Church had been seen as the historical religious foundation of African Americans,” Diouf wrote, “but Islam complicated the narrative.”