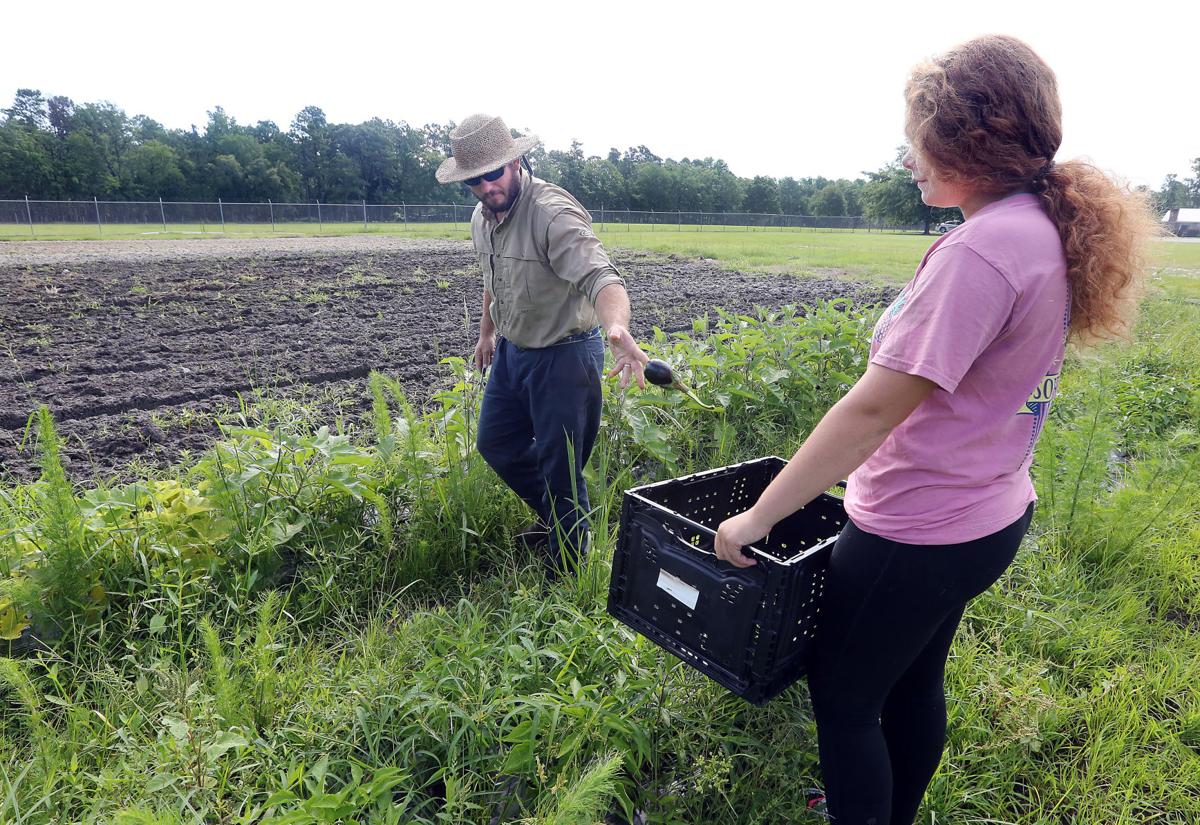 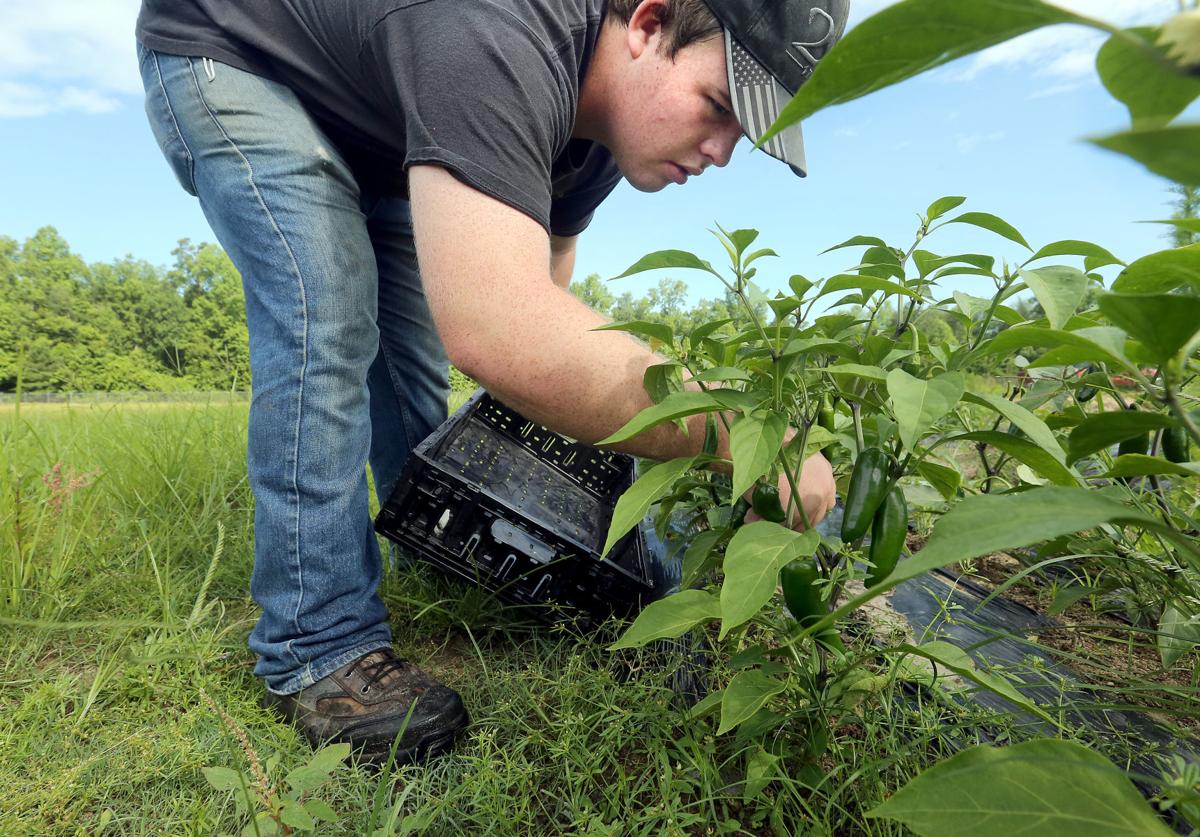 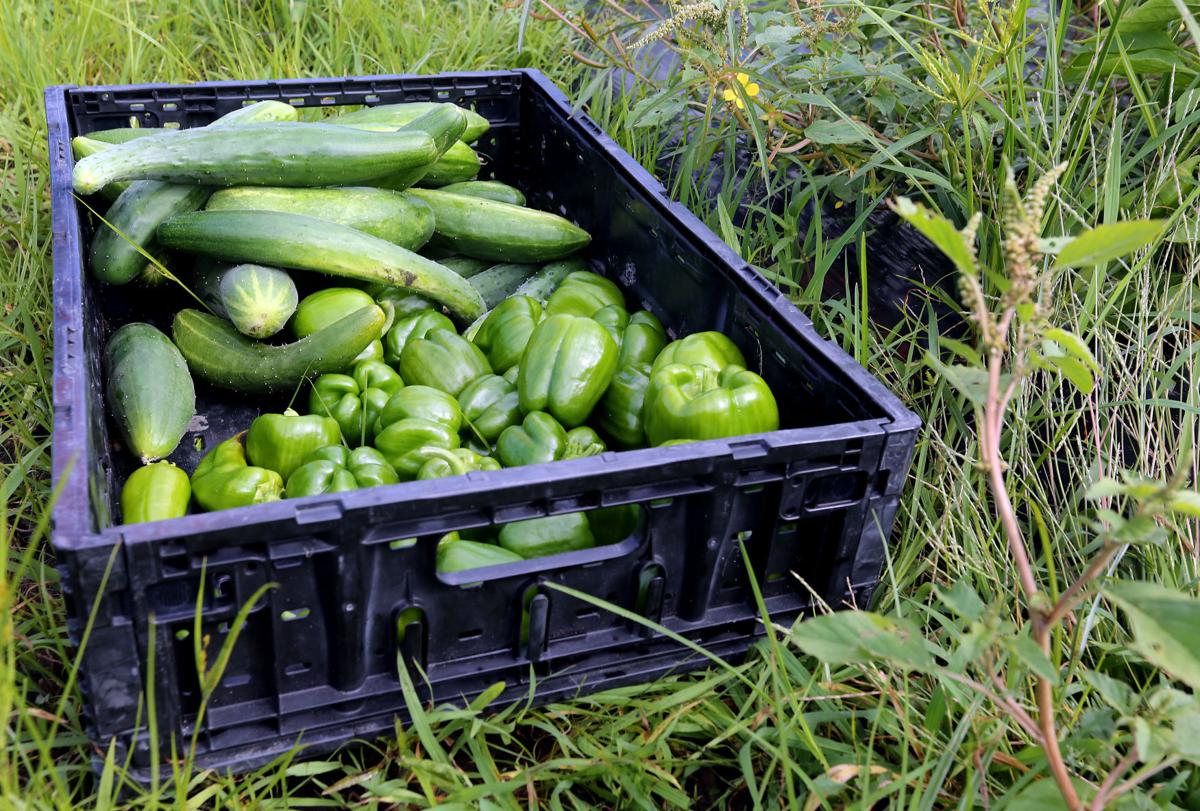 As the COVID-19 pandemic forced schools statewide to shutter, hundreds of schools were forced to transition entirely to remote learning. But when the classroom is a 2-acre farm filled with thousands of pounds of produce waiting to be harvested, shutting down isn’t an option.

“We were planning to have beaucoup student labor, but all of a sudden I've got three and a half tons of onions and nobody to help,” said Russell Henderson, an agriculture teacher at the Dorchester County Career and Technology Center.

Students who attend the center spend a half-day in their home school, learning general education requirements such as math and English. The rest of their time can be spent at the center, where they learn hands-on career skills or work toward various certifications.

About two dozen students are normally enrolled in the center’s environmental and natural resources program, which focuses on providing students with a hands-on, horticulture curriculum.

Even though the school was closed, there was still work to be done outside in the field. It was too much for Henderson to complete on his own. As a result, a handful of students were recruited to stay on during the pandemic to help.

"The fields, once you get them planted, you can't do anything about it. You have to have people out," said Fletcher Whetsell, 18, a rising senior at Woodland High School and heavy machinery student at DCCTC.

But these students helping out on the school’s farm during the pandemic aren’t technically acting as students anymore: They’re paid employees.

Monday through Thursday, these students work for a few hours in the field, doing whatever needs to be done to keep the farm running smoothly, whether it's harvesting, cleaning, processing or selling the produce that’s been grown from seeds. Each student is paid $8 an hour for their time, said Assistant Director Bobby Behr, not bad money for high schoolers looking for a hands-on summer job.

The students are encouraged to take what they’ve learned in the classroom and apply it to their gardens at home, and they’re welcome to take seedlings or starters from the school’s farm to kick-start the process.

“Anything that we grow out here, if they want to take them home, cook them, eat them, plant them, grow them, I'm all game,” Henderson said.

The goal is for students to have a better understanding of the space around them, he said, and for them to realize the connection between food and the land.

If you walk down the halls of most normal high schools and ask students where the food they eat comes from, most will point to the local grocery store, Behr said.

“They don't understand it. Up here on this end of the county where you've got more farming that goes on, they get it. But if I go back down into Summerville, or in Charleston ... it's lost,” Behr said.

While students try to practice social distancing when it's possible, it’s hard to do so when you’re working alongside each other each day in a farm environment, Behr said. Face coverings aren’t worn, since it would be nearly impossible to keep them clean, dry and in place when students are working in nearly 100-degree heat.

"We don't know anyone that's had the virus; they don't know of anybody that’s had it," Behr said.

Students on the farm processed more than 7,000 pounds of onions last month. Some 2,700 pounds were donated to the Lowcountry Food Bank. The rest was sold off, the money funneled back into the school’s agriculture program, Behr said. They've also harvested thousands of pounds of elephant garlic and potatoes, among other things, since school first let out.

Some, but not all, of the students helping out throughout the school's closure were already in the center’s agriculture program. Others are studying some of the center’s other areas, such as heavy machinery, mechatronics or welding.

Colby Harbeson, 18, said he was glad to be offered the job. To him, his days aren’t that different from what he was already doing in school.

“To me, it’s basically no difference because it seems like I'm still in the class here doing the same things,” he said.

The rising senior at Woodland High School said he plans to continue farming professionally once he graduates.

“I hate being in the classrooms and not seeing the outside. I’d rather be in the hot heat than in the air conditioning learning about schoolwork,” he said. He comes from a family of farmers, he said, and hopes to follow in their footsteps. He’s looking forward to taking a heavy-equipment class once schools reopen in the fall.

For many of the students who’ve grown up around agriculture their entire lives, working on the farm is a good way for them to make connections with some of their grandparents or older family members.

“I think that helps on a community level, building those intergenerational relationships,” Henderson said.

Henderson and Behr are actively working to add more fruits, vegetables, flowers and herbs to the farm’s array.

“We're working on the master plan to slowly utilize our space and add a diversified orchard. We want to expose our kids to everything from subsistence, do-it-yourself backyard gardening up to commercial-scale agriculture,” Henderson said.

The school will soon host a community garden and bee club, and a new processing center is in the works. The students will continue working at the school’s farm throughout the summer. In July, they’ll begin preparing to plant the fall harvest, including collards, turnips, rutabagas and sweet potatoes.