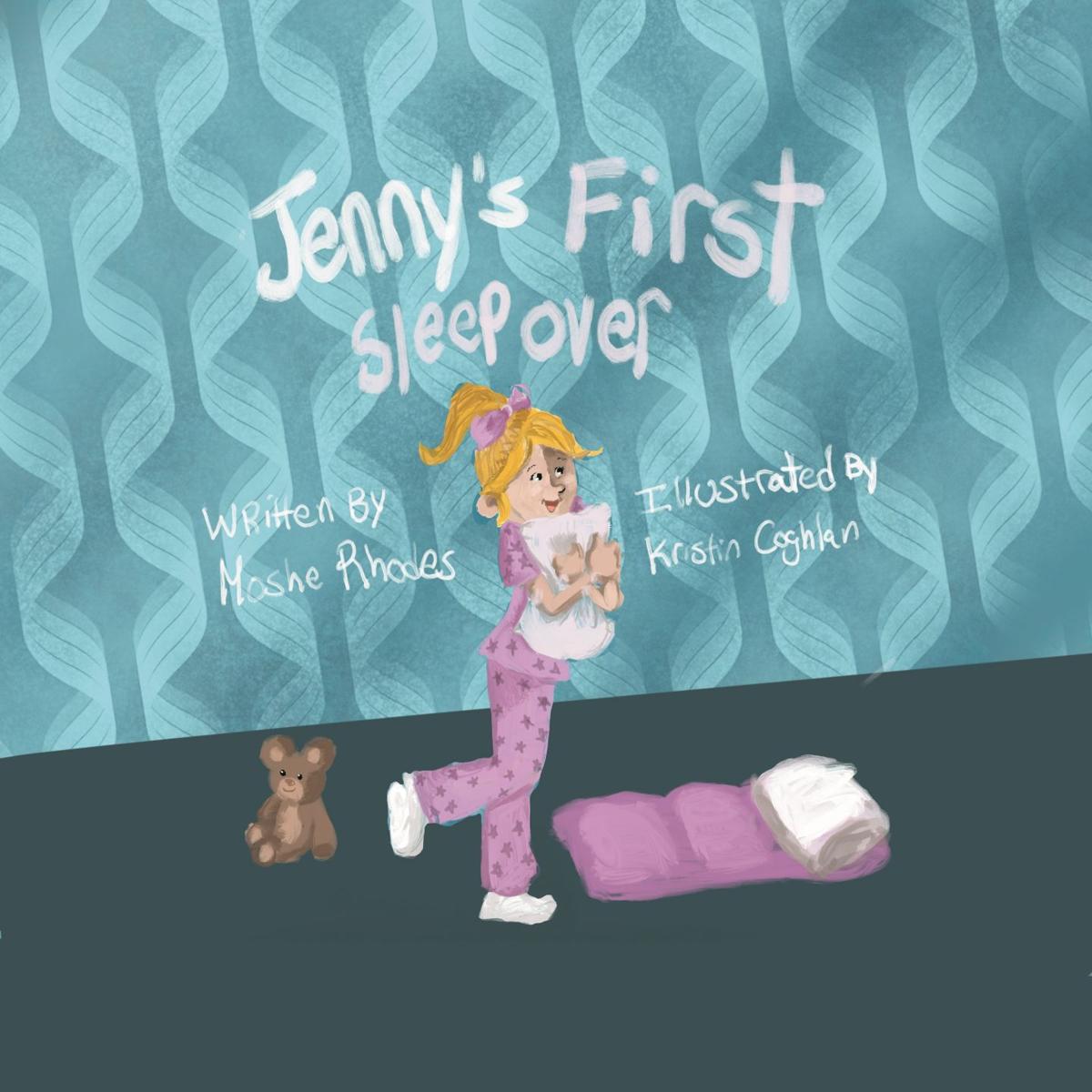 "Jenny's First Sleepover" is a book written by College of Charleston professor Dr. Moshe Rhodes about the importance of vaccines. It is a satire modeled after a children's book. Provided 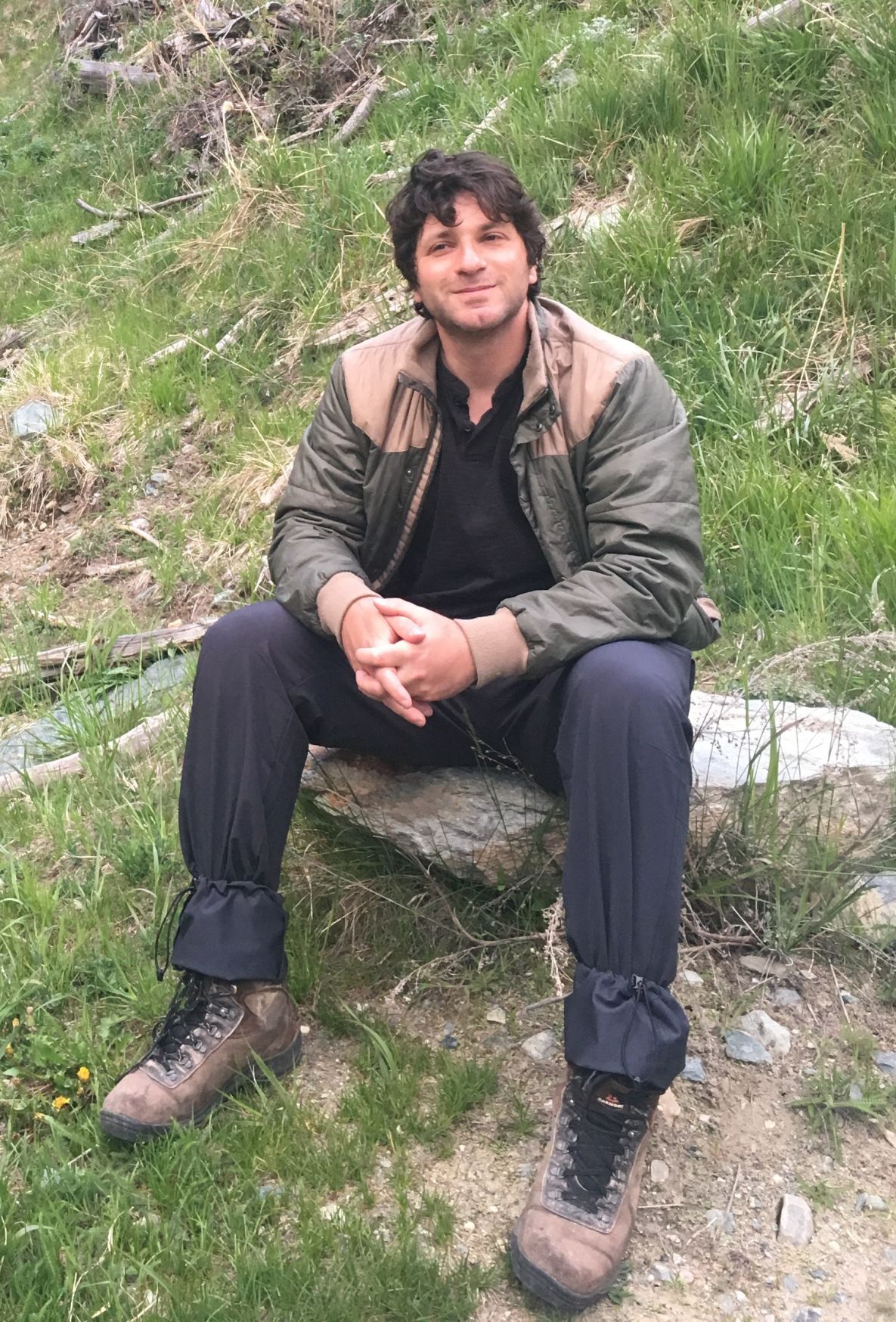 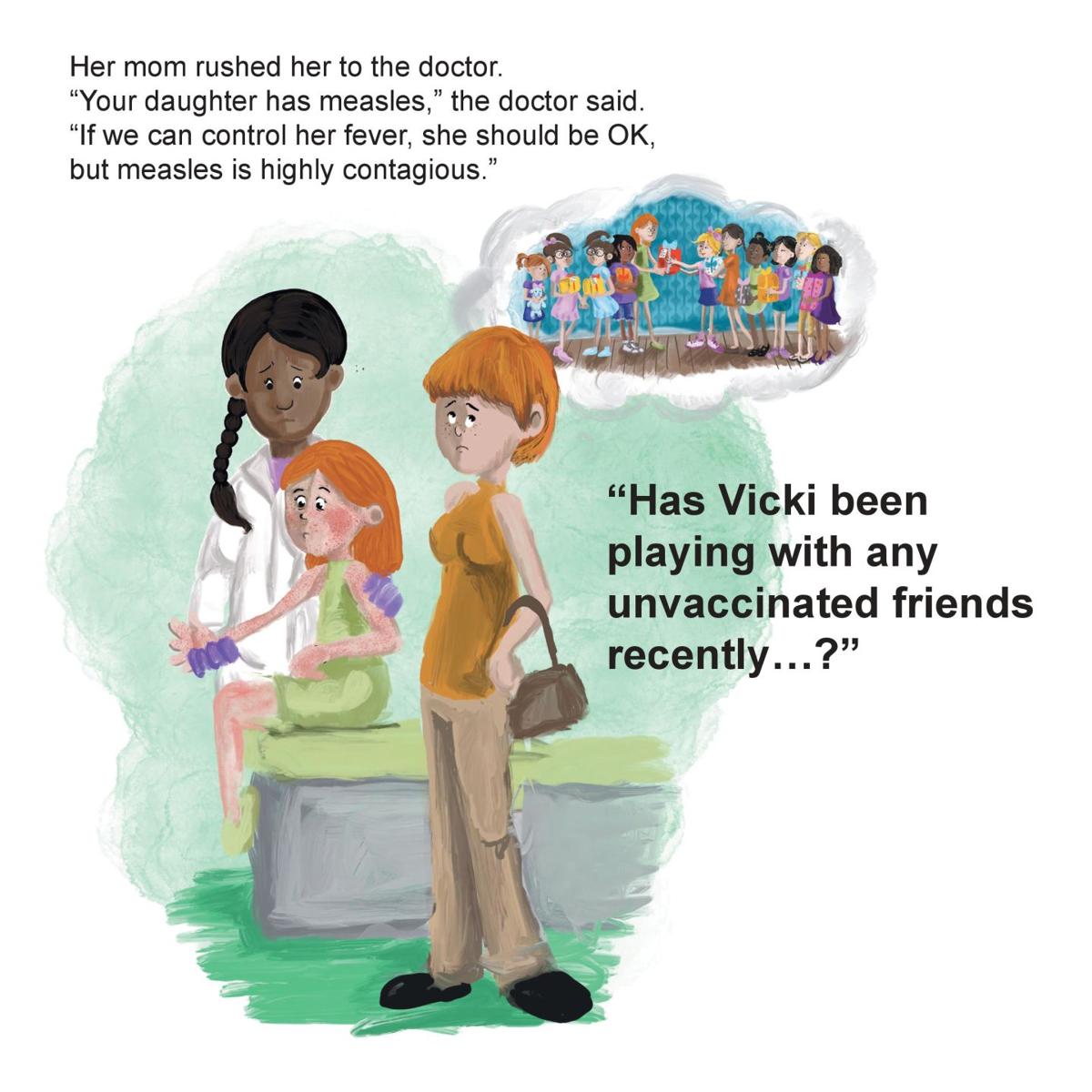 A page from Dr. Moshe Rhodes' book, "Jenny's First Sleepover." It is a satire that follows several unvaccinated girls who contract preventable diseases after a slumber party. Provided

With vaccination rates on the decline, much has been written about the deadliness of conditions like the measles and tetanus before vaccines existed.

For example, prior to the creation of the measles vaccine in 1963, more than 2 million people died every year from the disease, according to the World Health Organization.

So Dr. Moshe Rhodes, a genetics professor at the College of Charleston, wanted to remind them.

His book, "Jenny's First Sleepover," was written and illustrated as a humorous children's story, but is geared for adults. (Think "Go the F*** to Sleep," but about vaccines.)

“I envisioned it as kind of a satirical look at vaccination," Rhodes said.

It tells the story of a young girl named Jenny who wants to celebrate her birthday with a sleepover. She invites several of her friends over. The catch is that none of them are vaccinated. From there, the story takes a sort of dark and more humorous tone.

The idea came to him seven years ago. He wanted to figure out how to "creatively illustrate the serious consequences of vaccine-preventable diseases in an amusing, fun way." A couple of years later, he was at a book club with author Mary Glickman and told her about his idea.

Recently, more and more people have become critical of vaccinations. So far this year, the Centers for Disease Control and Prevention has reported more than 1,200 cases of the measles in the U.S., the highest number of cases seen in the nation since 1992.

In his new book, Rhodes' covers the measles, as well as diseases like rubella, mumps, polio and hepatitis A and B. All of these diseases are preventable through doctor-recommended vaccines.

“It’s easy to just gloss over them and not give them their due," Rhodes said.

His book chronicles the experience of several young girls as they all face vaccine-preventable diseases. It showcases how these diseases were contracted and how they can be treated, if possible.

His favorite part of the book, he said, is the moment when it transitions into satire.

“It looks like it’s going to be a generic children’s book," he said.

It also touches on how unvaccinated children and adults put vulnerable people around them at risk. This includes infants, the elderly and people with conditions that weaken their immune systems, such as cancer.

In 2013, Rhodes was diagnosed with testicular cancer. He and his wife are expecting their first child in 2020.

"I want to make sure that my future child is as safe as possible," he said.

"Jenny's First Sleepover" was published this summer by Matthew Rhodes and is available for $19.99 through Amazon and Barnes & Noble. It is illustrated by Kristin Coghlan.

Since publishing, he has shared it with family and friends. He has even read a paraphrased version to his 4-year-old niece who he said would proudly proclaim afterward that she got her shots.

Cancer patients have reached out to him, too, to talk about their fears about going out in public because of the increased backlash against vaccines. The group that has been the most receptive to the book has been pediatricians, he said.

Varadi, the pediatrician at Pelican Pediatrics, said she "thought it was hilarious."

An increasing number of anti-vaccine advocates are becoming more vocal, she said. Having a book that shows how something as simple as a sleepover can lead to all of these diseases is important. Humor and satire might be the best way to reach people who are on the fence about vaccines, she said.

This will be especially helpful to new parents who ask her if it's wise to bring their baby around family members who are opposed to vaccines.

"This book is a great example of why that is not (wise)," she said.

She has recommended the book to other pediatricians who have all enjoyed it, she said. She is planning to buy a copy to place in her office waiting room.

"Not everybody is into reading scientific literature," she said.

The book closes with a factual but ironic twist on the myth that vaccines cause autism. Varadi emphasized there are hundreds of studies showing zero connection between autism and vaccines.

She said she believes that most people will eventually grasp the importance of vaccinations. It will either happen through education or when people unfortunately start dying from preventable diseases.

She would prefer it happen by education.