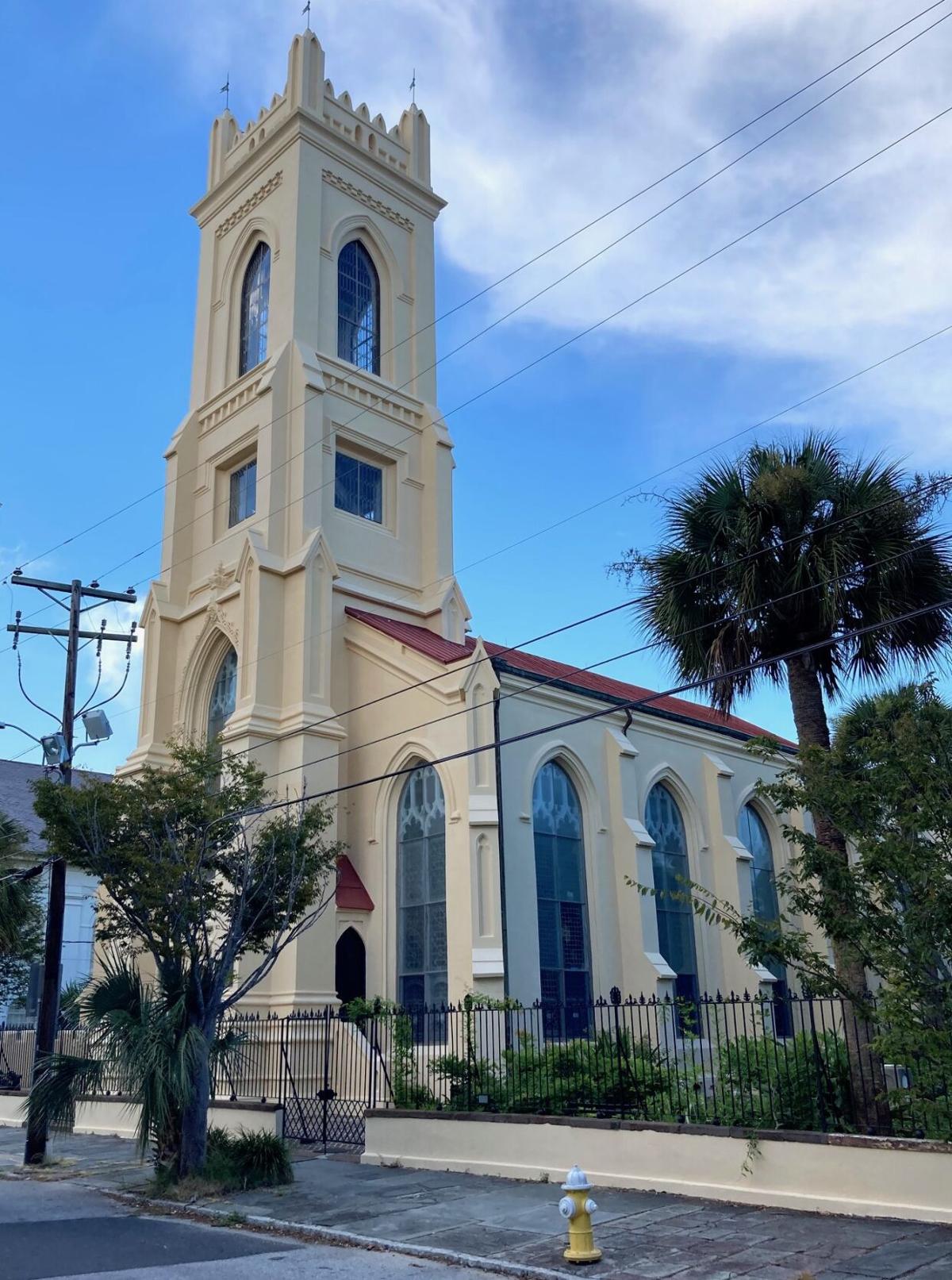 The Unitarian Church in Charleston received exterior work this year, when workers applied limewash to the building. Provided. 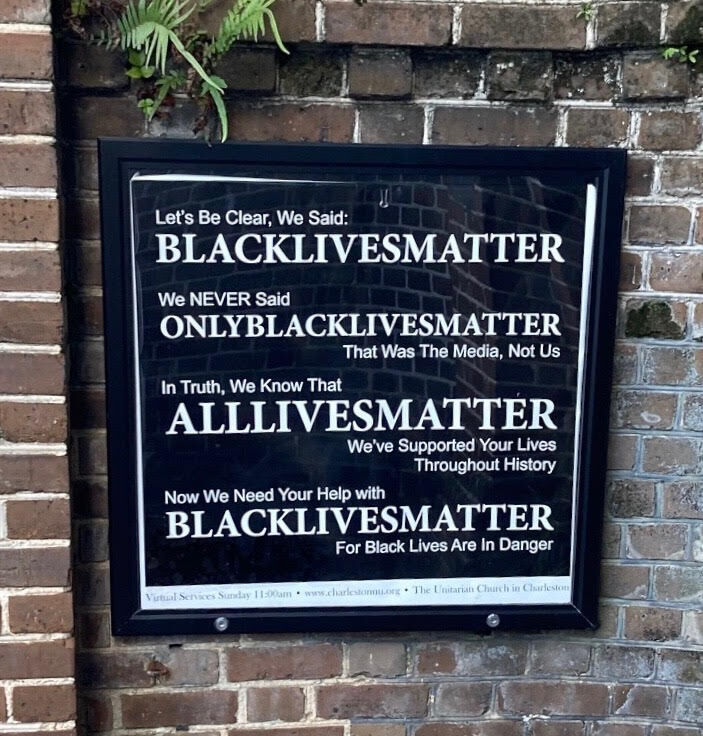 The Unitarian Church in Charleston recently installed a message in support of the Black Lives Matter movement on a church sign. Provided.

In an age where church membership has been on the decline, one house of worship continues to grow after withstanding the test of time for hundreds of years.

The Unitarian Church in Charleston, more than 200 years old, is the oldest Unitarian church in the South and the second-oldest on the Charleston peninsula. The 400-membership Unitarian congregation welcomed new members this spring and continues to minister to new congregants through virtual platforms, similar to faith communities nationwide who've been forced online due to the pandemic.

Among many new opportunities for ministry made possible by the pandemic, the Unitarian Church took advantage of the downtime characterized by the lack of physical services.

The church touched up the exterior of its historic building, completed in 1787. Applied to the structure was the Keim limewash product, a traditional coating providing a breathable, decorative finish that soaks into underlying materials. The treatment should last 15-20 years. The sanctuary roof was also recoated.

Major work on the building took place in 2005, when the original limewash color of the structure was uncovered. Workers applied a coating to the building, and the second coat was applied during the recent efforts.

Historically, limewash was used on traditional buildings when paint was not available. The product can be seen on old structures throughout the peninsula, such as the French Huguenot Church and the Old Exchange and Provost Dungeon.

The product helps preserve aging edifices because it doesn't hold moisture, said Glenn Keyes, a local historical architect and one of the people who managed the project. Judy Manning, church member and chair of the church's buildings and grounds committee, also helped oversee the effort.

"It's a breathable finish," Keyes said. "It's really great for historical buildings.”

Older congregations have seen their struggles over the years as traditional, mainline denominations have been forced to close down due to membership decline.

A key to future success for many will be recruiting a diverse group of members who can help sustain the congregations moving forward and create ministries that appeal to families.

The Unitarian church feels its progressiveness has helped the group thrive for centuries.

While the Unitarian Church's services mirror a church experience, it isn't a strictly Christian community.

Unitarianism and Universalism both have roots in the Protestant Christian tradition, where the Bible is the sacred text, but Unitarian Church in Charleston looks to additional sources for religious and moral inspiration.

Elementary school children learn about Christianity, but also learn about Islam and visit a mosque when they are in middle school.

Selvitelli says the church has long been progressive. The Unitarian Church was marrying same sex couples before it was legal.

"We offer something in Charleston that is not found everywhere," she said. "It’s a place where we can all come together and practice spirituality.”

Preachers and protests: Clergy examine their role amid current wave of social unrest

The Unitarian church continues efforts to further diversify its congregation.

It looks to target youths by spreading its message of inclusiveness on social media, and is currently updating the church's website.

Unitarian Charleston also hopes to add more African American members to its congregation. During a time when frustrations have reached fever pitch over the killings of Black people by law enforcement and others, the Unitarian Church formed a social justice committee that will look at diversifying the church's membership.

The group wanted to show its solidarity with the Black Lives Matter movement recently by installing the message in support of it on a church sign. There were conversations on whether to do so some years ago, but some had reservations about whether the time was right and if it would jeopardize the church's safety.

“It’s been really exciting to say, 'we are all in," Selvitelli said.

The church has also long been active in the Charleston Area Justice Ministry, a coalition of faith leaders who advocate for changes in criminal justice, transportation and housing.