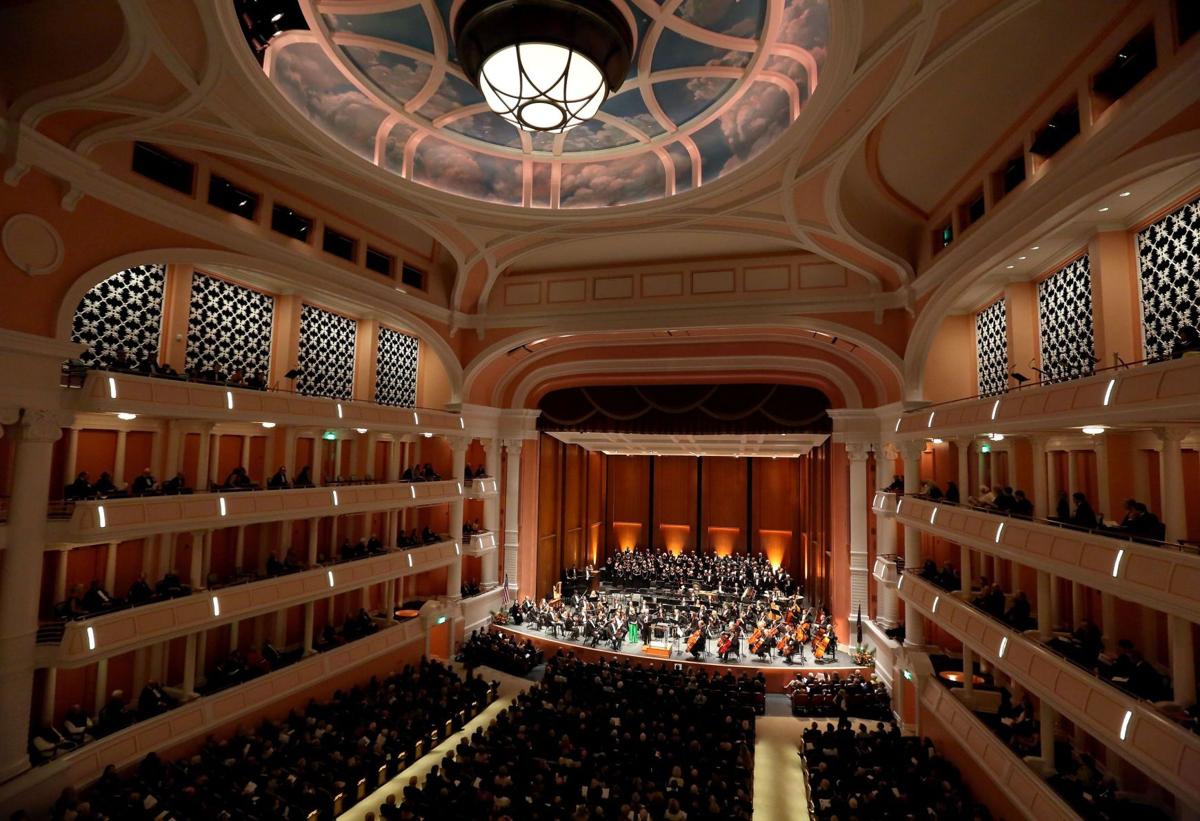 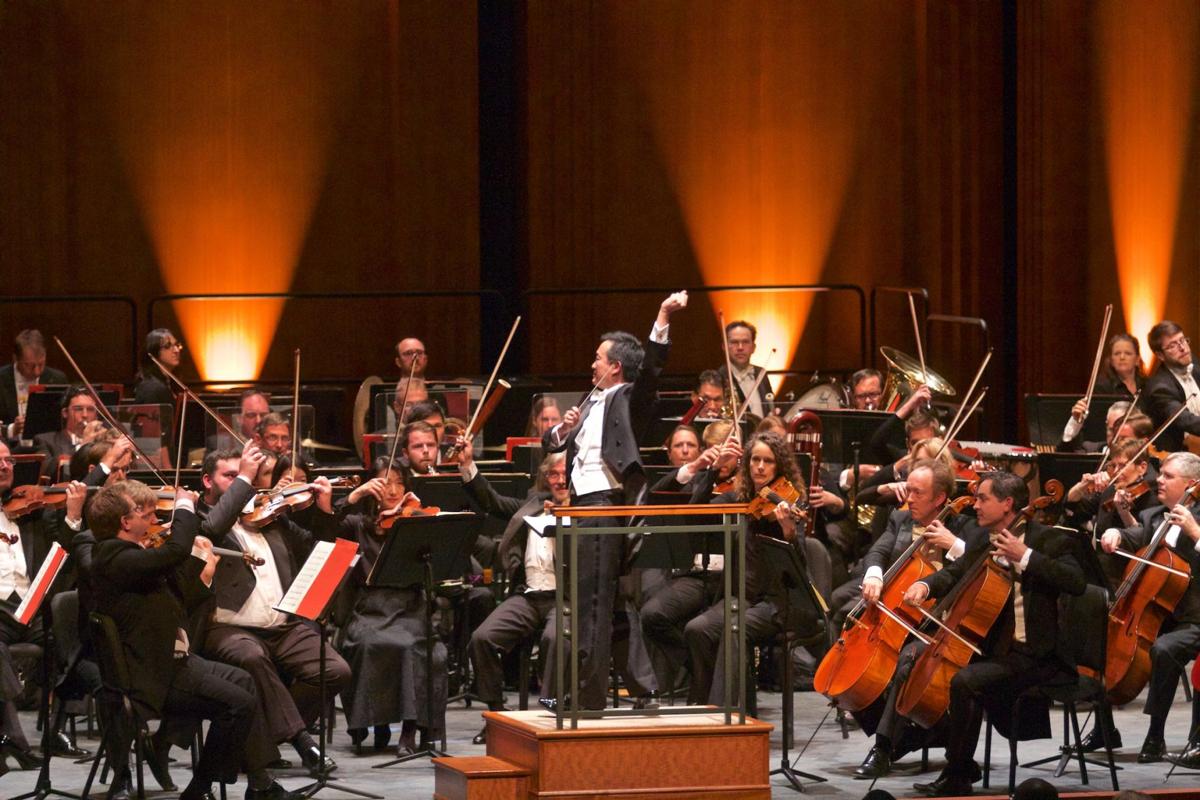 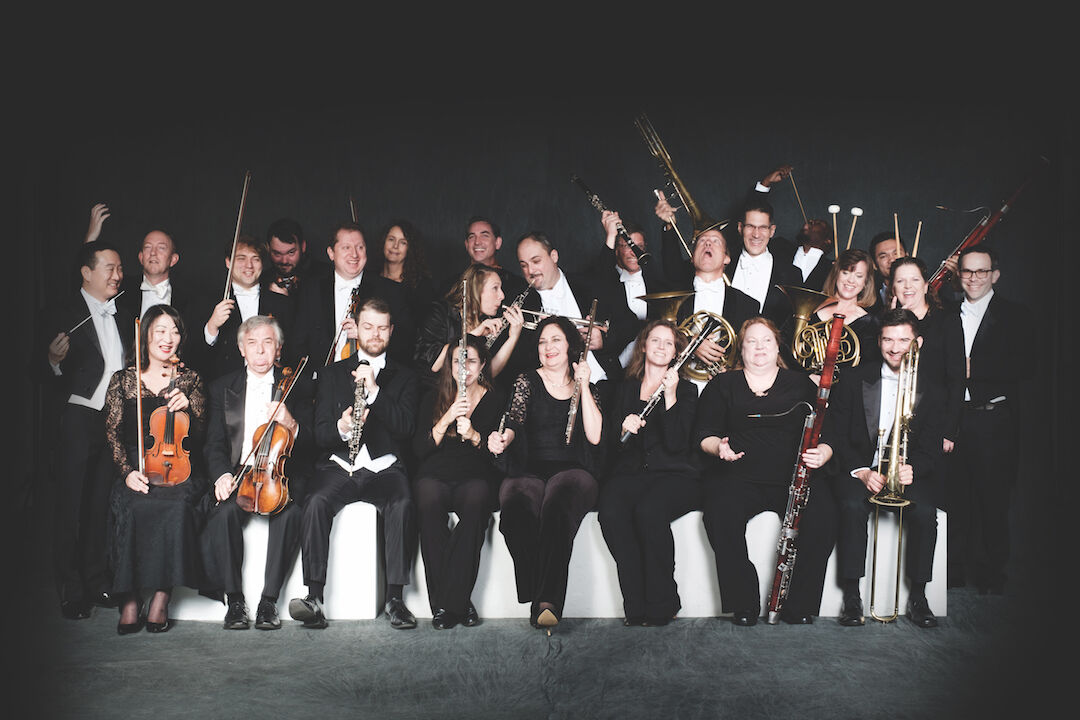 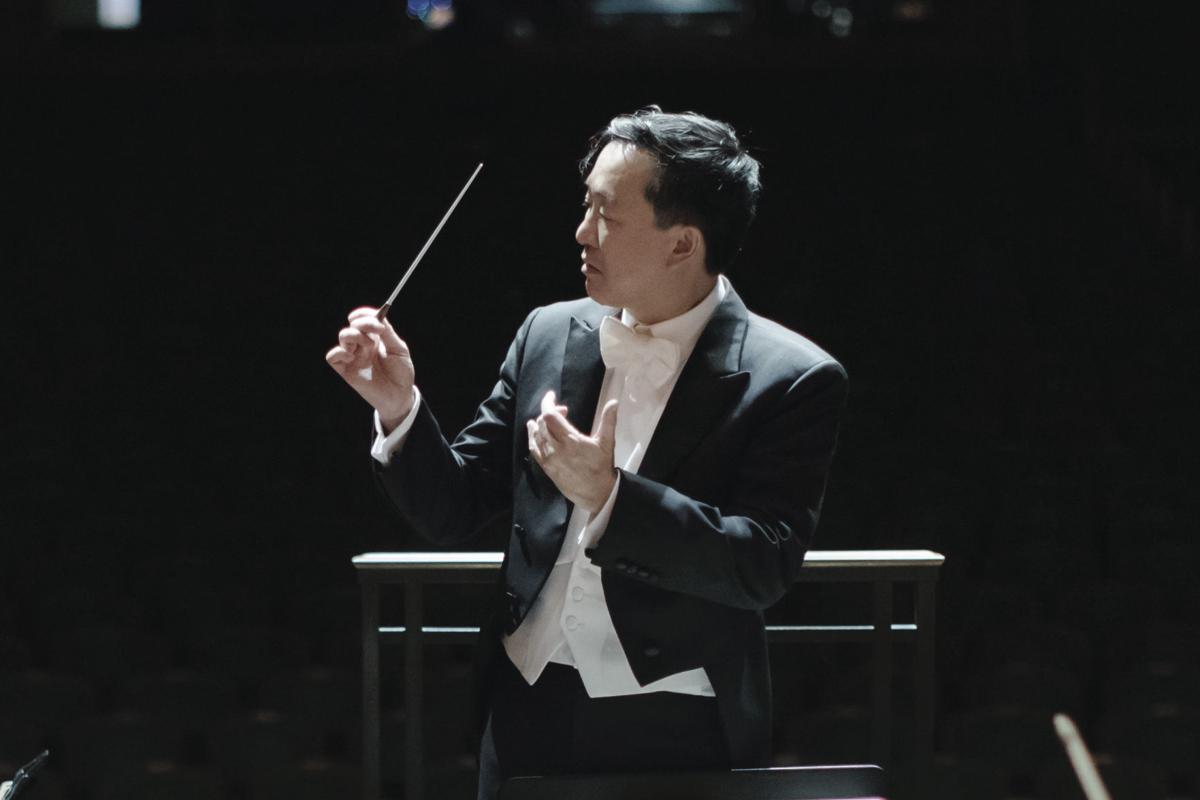 The Charleston Symphony has announced its 2021-22 season, which will include eight Masterworks concerts conducted by Ken Lam. File/Valerie Schooling & Ed Brantley/Provided 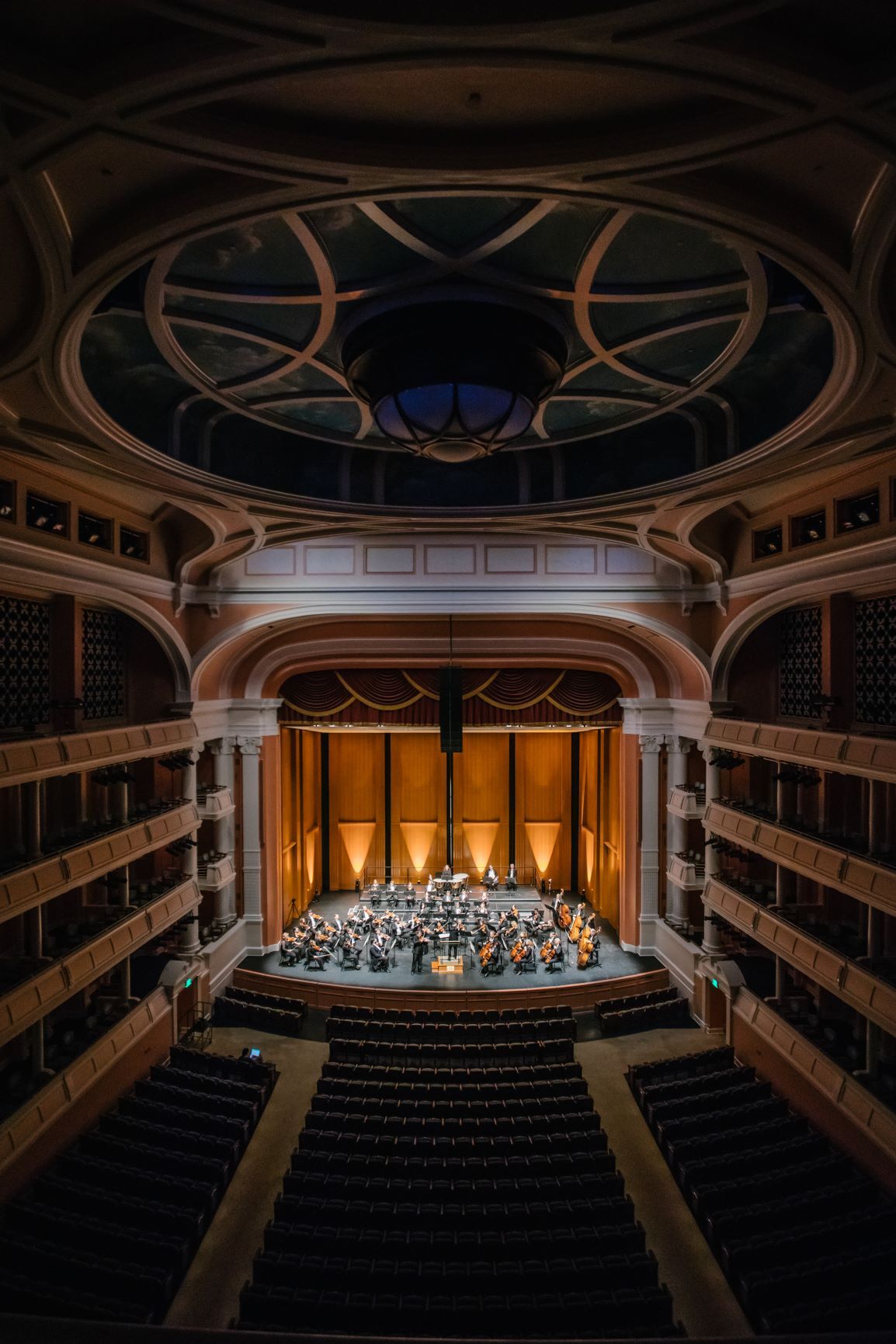 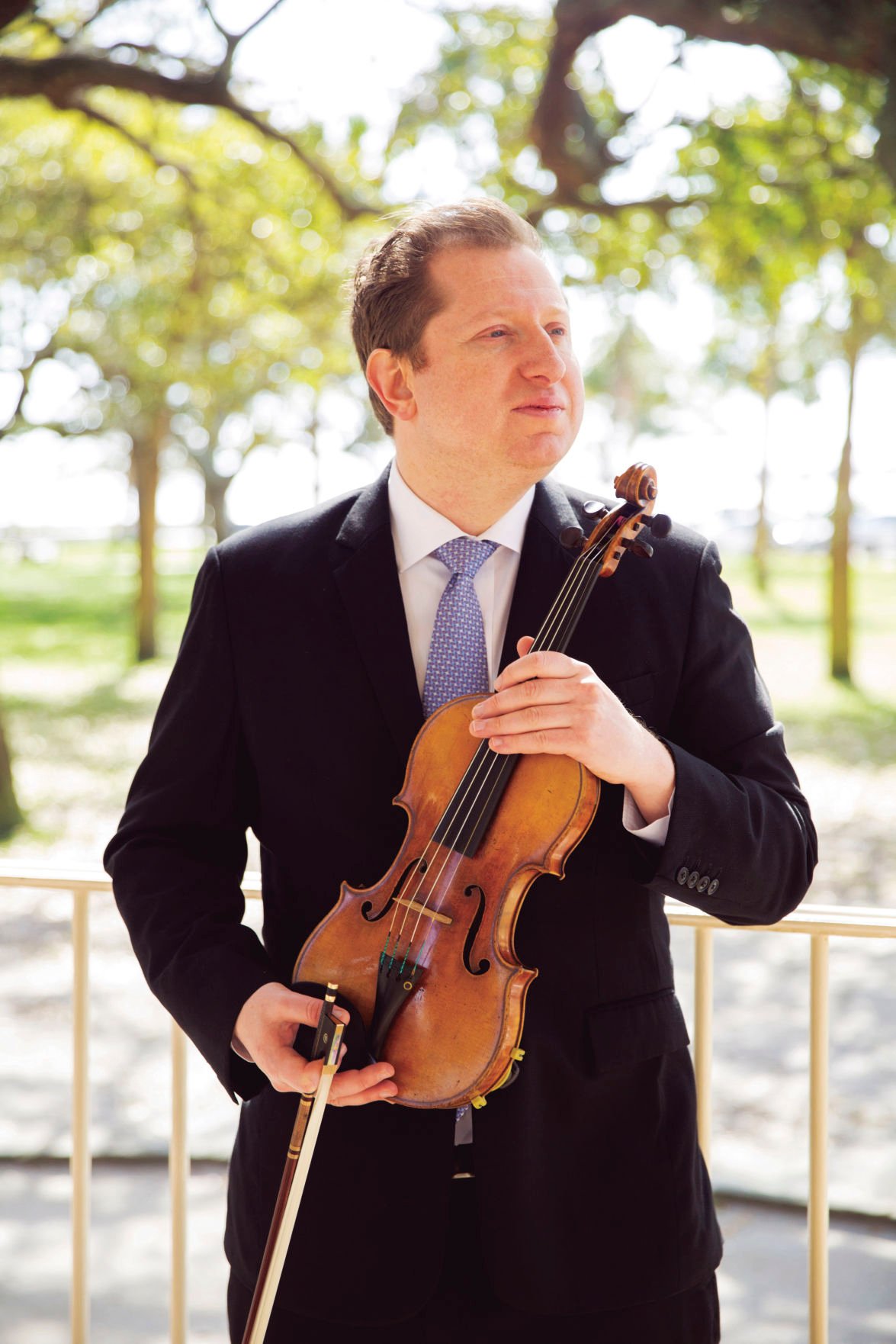 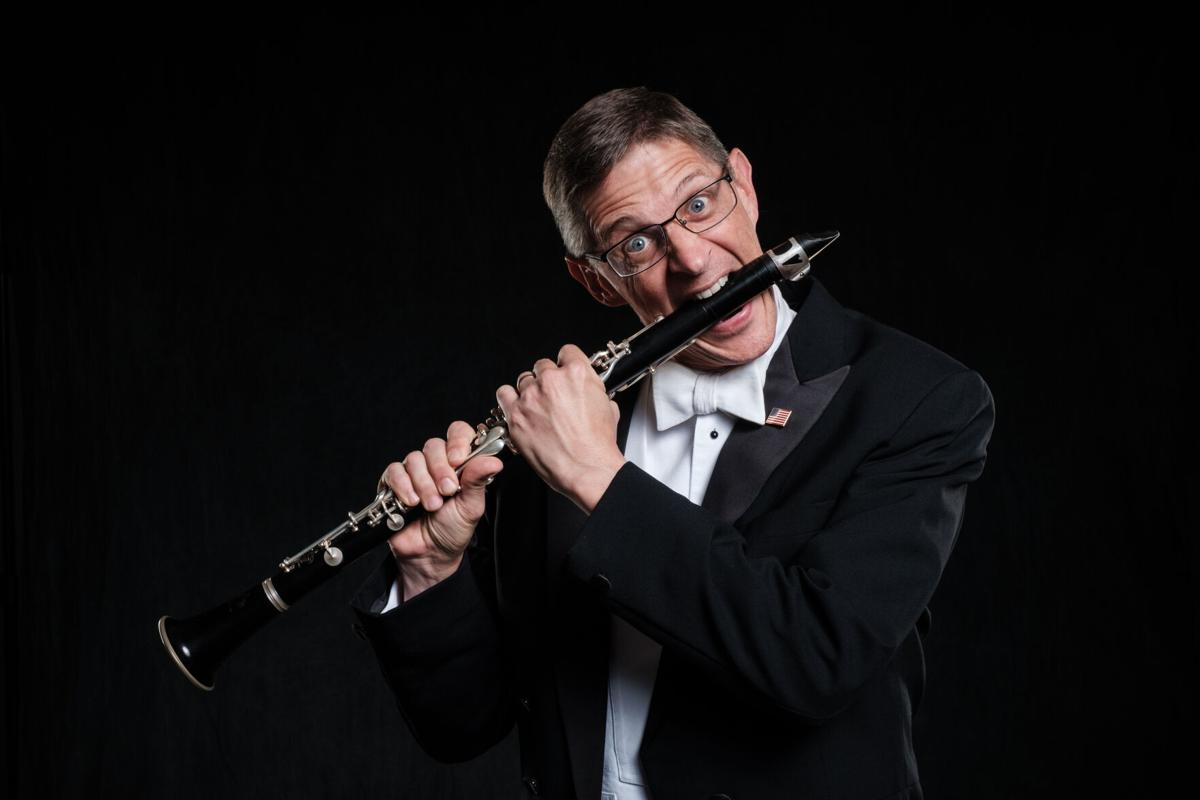 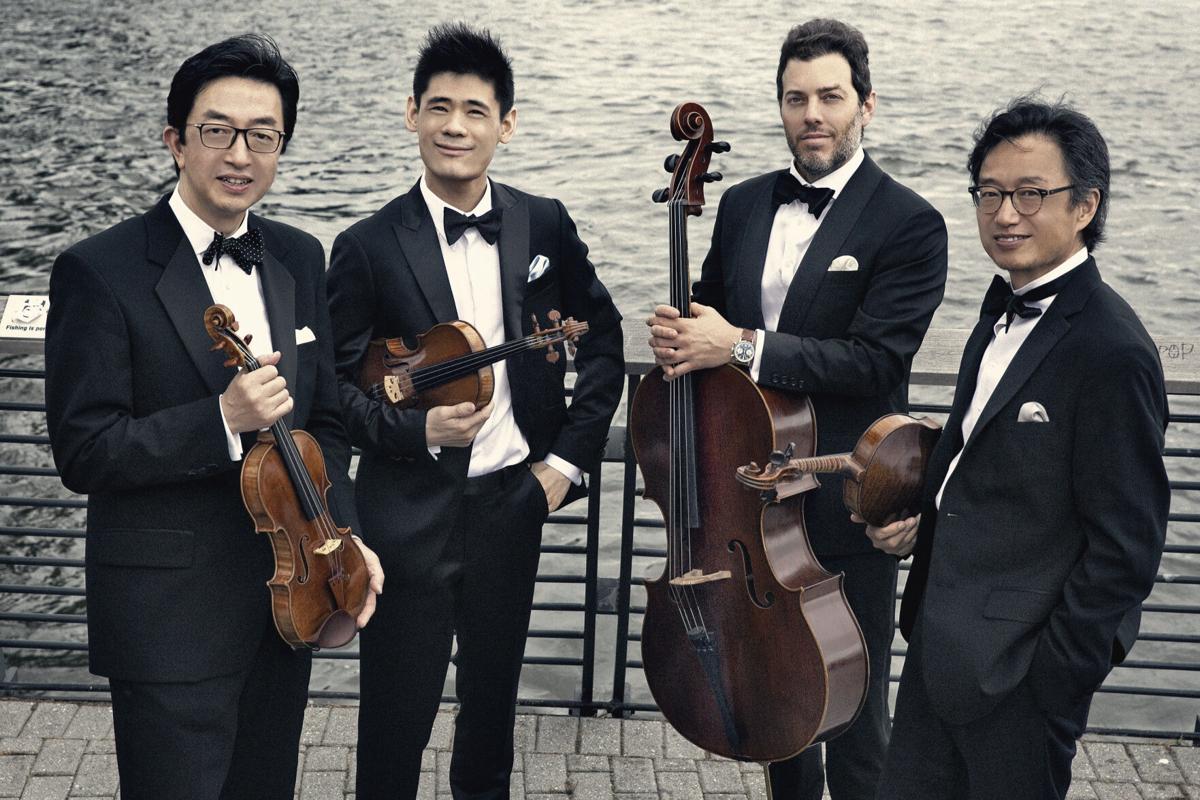 It is music to Charleston’s ears.

The Charleston Symphony has announced its 2021-22 season.

After last year's pandemic-constrained if valiant season, plans are on for big sounds, bigger houses and grand ambitions. The overarching mission is to continue to be an orchestra accessible to the entire community.

As elated as music lovers will surely be at this news, it appears nobody is more thrilled than the musicians themselves.

Though 2020 was daunting for musicians, by all accounts they were deeply heartened and appreciative that the symphony forged ahead. Most others around the country closed up shop and furloughed artists.

“Of course the big fear was that we wouldn't be able to play at all. So just being able to navigate through that with the support that we had, not only of management but of the community, as well, is really important.”

The symphony did so by mounting pared-down orchestras performing for limited-capacity houses, bolstering those efforts with a new Virtual Concert Hall so patrons could also watch from home. The organization was moved to do this after conducting a survey at the height of the pandemic to get a temperature check on patron preferences.

“There was an overwhelming response that they wanted live music, which immediately boosted our morale,” Messersmith said.

In his dual role as bass trombone and orchestra personnel manager for Charleston Symphony, Tom Joyce had a unique vantage. As a trombonist, he wasn’t able to play much in the Beethoven-focused season, but said that Music Director Ken Lam made great efforts to ensure everyone got a chance.

From his personnel post, he found that everyone felt fortunate to play at all.

“I think the morale was very good.”

And while the musicians expressed profound gratitude for being able to play, that doesn’t mean it didn’t come without significant challenges.

Social-distanced playing was particularly tough, as orchestra musicians are accustomed to listening to one another to come together in a sound. For the first time, they were instead wholly dependent on visual cues from the conductor.

Messersmith said there were times the musicians, from their seats, felt it did not sound right, only to discover the music sounded fine when listening to rehearsal recordings.

“So that was a really new experience,” he said. “It's very, very difficult actually, but we all agreed that we'd much rather deal with those problems than not be playing at all.”

There is also the challenge of playing to much smaller audiences, which changes both the energy and the sound.

“It's not just a one-way street where they're just sitting passively listening and we're just playing to them,” he said.

Audience response inspires the musicians as they play.

“We had to dig deep and find it in ourselves sometimes. But we got through it, which is good. And the audiences that were there were small but appreciative, and that just felt great.“

Second Clarinet Gretchen Roper found her own ways to play to quieter crowds thanks to the Virtual Concert Hall that streamed it out to other listeners.

“I imagined a lot of people being at a concert and then saw it in the home. For one, my family was watching,” she said.

That being said, she thought the turnout for being in the middle of a pandemic was wonderful.

For Joyce, that was probably the hardest thing. The silver lining was the video-streaming innovation, a tremendous on-staff effort involving as many as nine cameras.

“It's going to seem crazy next year when we have full halls.”

Concertmaster and Principal Pops Conductor Yuriy Bekker admitted facing challenges, too, such as getting acclimated to working from home. He also was surprisingly busy, as the symphony was full steam ahead to offer something to the musicians, subscribers and Charleston, too.

“I’m grateful to the team that made this season a success — the board, our staff and the leadership of Michael Smith,” Bekker said. “They found creative ways to keep the music going for our community and, at the same time, took care of our musicians.”

He also attributes the successful year to partnerships with the Charleston Gaillard Center and the Medical University of South Carolina, as well as community and patron support.

One of Executive Director Michael Smith's takeaways from the past year is the role of the arts in such times.

“If there is any lens with which to view this terrible pandemic and draw some inspiration or learning, it is through our arts community,” he said. “This global 'timeout' has caused a seismic shift in our thinking and priorities; it has reminded us that not only is it okay to take some time to reflect, experience beauty or spend joyous time with family and friends, but that it is a necessity.”

The musicians are enthusiastic about the plans.

“It's very ambitious, especially given the size of the orchestras we've been playing with this year,” said Joyce, noting that during the pandemic there was an average of around 45 musicians onstage and that will ramp up 50 percent to orchestras with about 70 players.

There is much to look forward to.

Starting in September, the season offers eight Masterworks programs, with two performances each. Lam will lead the orchestra in his eighth and final season as music director.

And about those Masterworks. They include highly anticipated works that were postponed last season, as well as new repertoire.

The weekend of Sept. 24 and 25 strikes a particularly celebratory note. Coined “A Triumphant Return,” it features music from Berlioz, Rachmaninoff and Saint-Saëns.

The Oct. 15 and 16 concerts will include guest pianist David Fung in a program of music by Richard Strauss and Maurice Ravel.

Some musicians, like Roper, cited the Strauss work “Till Eulenspiegel’s Merry Pranks” as a particular favorite of the season, “especially the E-flat clarinet part,” she said.

The Sottile Theatre and Charleston Symphony go live again, together

"I was very excited to see that we're doing a big Strauss," said Joyce, who said it was a great piece for trombone players.

In January 2022, the symphony will present the highly anticipated, pandemic-postponed world premiere of “A Charleston Concerto” by Charleston composer Edward Hart. Written to commemorate the 350th anniversary of the city, the concert avails the acclaimed Shanghai Quartet for its debut.

The March 2022 Masterworks program, with Igor Stravinsky’s 1947 revision of “Petrushka," is also getting a nod from the artists.

The season also tends to some unfinished, if blissful, business. On April 28 and 29, it will mark the end of its so-coined triumphant season with the final Masterworks Series concert, Beethoven’s 9th, or "Ode to Joy," with the CSO Chorus and Director Robert Taylor.

There is plenty of pops, too. Bekker will lead four concerts: the Oct. 2 performance with “Heroes and Villains,” the annual Holiday Pops! on Dec. 22 and 23, a Jan. 20 American Songbook concert with Charlton Singleton and Quiana Parler and the March 31 “April in Paris” program of French favorites.

As fired up as the organization is about its concerts, the symphony also is moved by its ability to again bring communities together through shared experiences of orchestral music that give shape to the season.

To launch its return, the organization plans a number of free community performances. On April 27, the symphony released its 2020-21 Masterworks season finale concert, which is free on its virtual concert hall.

That makes the musicians happy, too.

Joyce said they aim to re-up in-school programs and offer chamber music to some grades, as well, plus perform in various places in the community.

“Our hope is that we can get out and connect more directly with them, especially because a lot of them over the years have become close friends and we just don't see them as much,” he said.

As for Messersmith, he’s looking forward to just that feeling of getting back to normal, as well as being able to give back to the community for all they have done to help the symphony this past year.

It was, after all, a year that tested many musicians.

According to Roper, some musicians she knows have contemplated leaving the field. For her, the past year had the opposite effect.

"I'm going to dig deeper, and I know a lot of musicians in our orchestra are extremely committed to making music for our community," she said.

Messersmith, who noted much of the natural joy of playing was missing during the pandemic, predicts it will return, starting with the triumphant season opener straight through to "Ode to Joy."

For more information, go to charlestonsymphony.org.