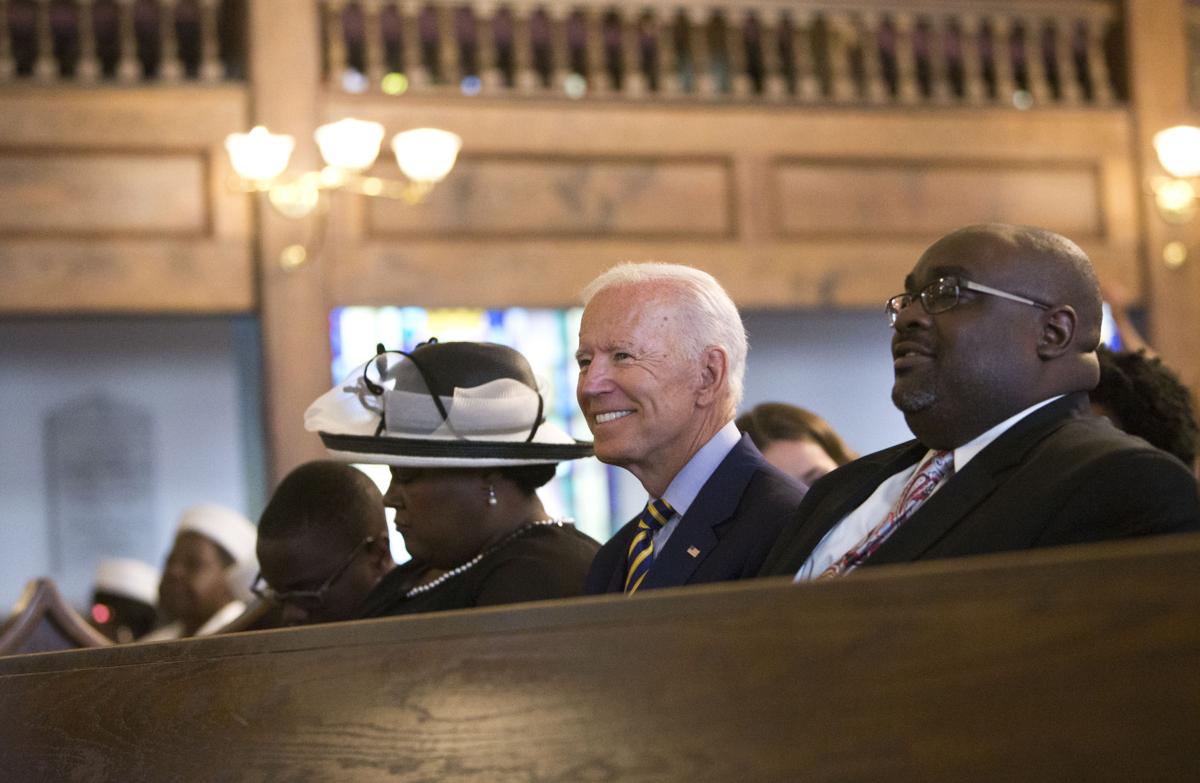 Former Vice President Joe Biden smiles for a photo as he sits down for a service at Morris Brown AME Church during a campaign trip in July in Charleston. File/Gavin McIntyre/Staff 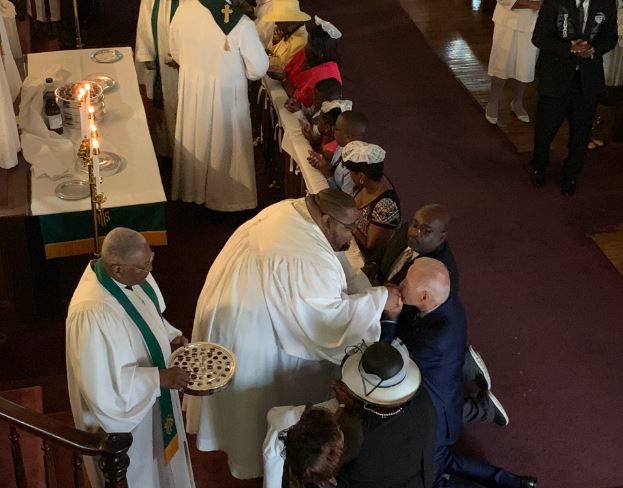 After former Vice President Joe Biden was refused communion at a South Carolina Catholic church, Charleston area faith leaders were hesitant to criticize the decision and noted how different denominations treat one of Christianity's holiest practices.

The episode, which occurred in Florence Sunday, sparked a broader conversation among religious leaders about Holy Communion and whether the feast should be open to all, or only those within a particular church.

Also known as the Eucharist, communion involves believers receiving bread and wine as they reflect on Jesus Christ's crucifixion and resurrection. In Catholic doctrine, it means Christ is literally, not symbolically, present in the Eucharist elements — body, blood, soul and divinity.

Pastors in protestant congregations where the Eucharist table is more inclusive steered clear of criticizing the Catholic Church and other denominations. Leaders of churches where the table is reserved to members offered insight into the meanings behind closed tables.

Biden, a lifelong Catholic, attended St. Anthony Catholic Church Sunday in Florence. He had been campaigning in the state but attended the Mass without any press or reporters in tow, according to the Associated Press.

During the service, Rev. Robert Morey decided not to serve Holy Communion to him. The priest later said in a statement to media outlets that he acted because of Biden's support of abortion rights, adding that it is his responsibility as a priest to "minister to those souls entrusted in my care."

"I must do so even in the most difficult situations," Morey said. "I will keep Mr. Biden in my prayers."

Biden's campaign did not immediately respond to media requests.

The Catholic Church, which considers abortion a sin, reserves the Eucharist for those who are part of its faith. Additionally, persons conscious of grave sin should not receive the Eucharist without sacramental confession, except for a grave reason where there is no opportunity for confession, according to the U.S. Conference of Catholic Bishops' guidelines.

Other denominations, such as the United Methodist Church, practice open tables where participants can belong to any church and no one is turned away.

Rev. Erik Grayson, pastor of Aldersgate UMC in North Charleston, said the practice stems from the faith's founder John Wesley, who emphasized that "communion is like medicine for the sick."

Wesley believed that no one is perfect, and we receive communion to partake in God's grace, Grayson said. He said this leans toward the more inclusive "Big Tent" approach, as opposed to the emphasis on doctrinal purity, which excludes those who violate the church's beliefs.

On the same token, Grayson said he respects the Catholic Church's emphasis on covenant relationship. The point of the denial is to prevent a participant from bringing damnation on himself, Grayson said.

"I would hope that what they’re doing was not a political ploy," Grayson said in regard to the Biden incident.

At First Baptist Church of Charleston, communion is viewed in a "symbolic" light, rather than sacramental, said the Rev. Marshall Blalock. Decisions about communion lie at the individual level, and the invitation is given to all persons who accept Christ as their Savior.

Baptist churches are autonomous, so different congregations have different practices. At some churches, communion is reserved solely for members. Blalock said First Baptist does have a process of correcting behavior if it violates Biblical teachings, but that would be done on an individual level.

Father Aristotle Damaskos agreed. Though the Greek Orthodox Church of The Holy Trinity, located on Race Street, has a closed table, where the practice of communion is reserved for baptized, Orthodox Christians, Damaskos said he'd never publicly embarrass someone outside the faith who wishes to partake. A side conversation could lead to their joining the church, he said.

The Charleston Diocese deferred comments about the Biden incident to Morey, but the diocese was willing to talk generally about the Catholic approach to communion.

“Holy Communion is a public act of faith in Jesus Christ and the Church that is expressed in the Sacrament. As such a believer should prepare himself or herself for the worthy reception of the Sacrament or abstain from it," said Father Jeffrey Kirby, moral theologian of the Diocese.

The Biden incident echoes what occurred in 2004, when then Democratic Sen. John Kerry, who is Catholic, came under fire from church officials for his pro-abortion stance. At the time, he was running for president. It raises other questions about whether churches should distinguish political positions from religious beliefs.

It also raises thoughts of how other Catholic Democratic candidates will balance the two realms. Presidential hopefuls Julián Castro, John Delaney and Beto O’Rourke also identify with the Catholic faith.

Ahead of the 18th annual Charleston Leadership's Prayer Breakfast on Nov. 19, readers recount the power of prayer in their own lives.