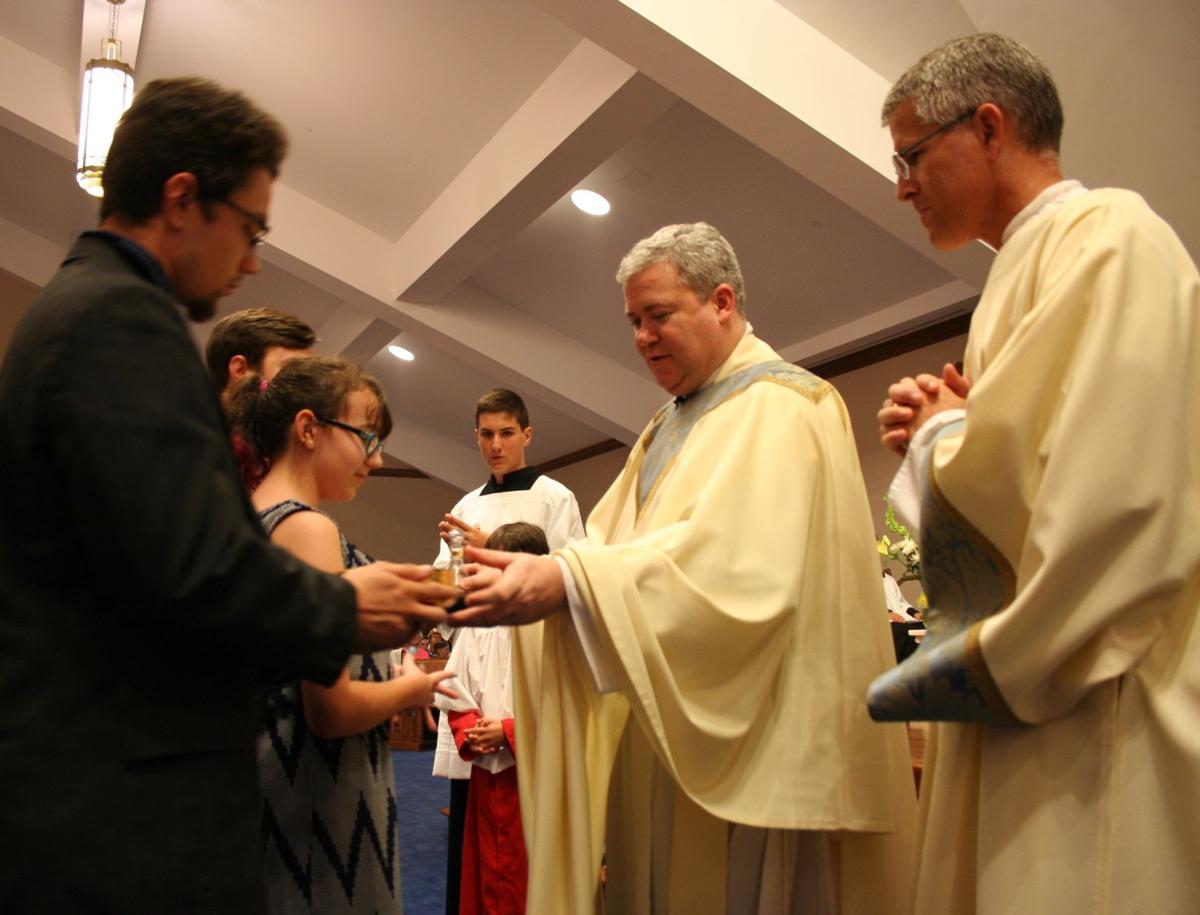 Father Jeff Kirby serves as pastor at Our Lady of Grace Catholic Church in Indian Land, S.C. Kirby said the Diocese of Charleston is seeking ways to accommodate the rising number of exorcism requests. 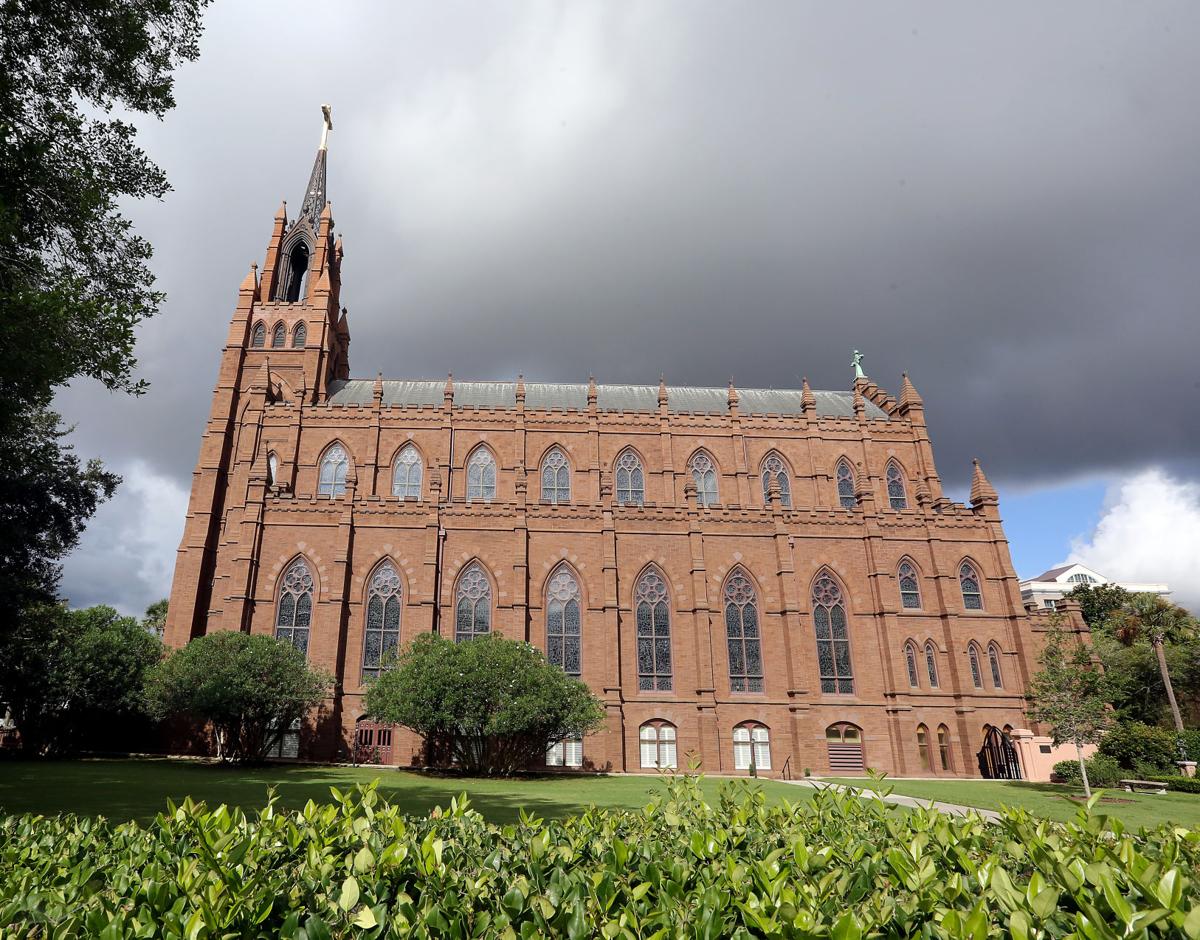 The Roman Catholic Diocese of Charleston Cathedral of St. John the Baptist is located on Broad St. in downtown Charleston. Brad Nettles/Staff

Father Jeff Kirby serves as pastor at Our Lady of Grace Catholic Church in Indian Land, S.C. Kirby said the Diocese of Charleston is seeking ways to accommodate the rising number of exorcism requests.

The Roman Catholic Diocese of Charleston Cathedral of St. John the Baptist is located on Broad St. in downtown Charleston. Brad Nettles/Staff

Several years ago, a woman who'd been sexually abused as a child and delved into drugs as an adult sought Father Marreddy Allam for spiritual help.

The woman, who Allam said was involved with people doing evil things, had no inner peace and couldn't eat.

Believing she was demon-possessed, she asked Allam to perform an exorcism.

The priest told her no.

Instead, he prayed with her, helped her realize that God was present, and directed her to therapists so she could get medical treatment.

“You have the capacity. If you claim your life back, you’ll get it," the priest said. "Literally, she has done that.”

Allam, who serves as an exorcist for the Roman Catholic Diocese of Charleston, is fielding more requests each year from persons asking the church to help free them from demonic possession. When Allam arrived to South Carolina in 2013, he received 10 requests for exorcisms. By 2018, that jumped to about 45.

This correlates with national reports that the Catholic Church is seeing more clients who want exorcisms. Some dioceses field more than 1,000 requests each year.

The annual uptick is catching the Charleston diocese's attention — so much so that the diocese held a general training on exorcisms for clergy a few years ago, and named two other clergy members in the diocese as official exorcists.

Why are more people seeking the expulsion of evil spirits? Catholic leaders say it's a result of society's turn towards evil, including pornography, drug and alcohol addictions. They say many have become Godless, church-less, faithless and hopeless.

“As our society begins to engage in areas of darkness, there are spiritual consequences of that," said Father Jeff Kirby, the moral theologian for the Roman Catholic Diocese of Charleston. "As there’s more darkness, there are going to be bad spirits."

Some priests say this turn to darkness was evident in the mid-20th century when some, even in the Catholic Church, started to view the supernatural as medieval or superstitious. This is combined with a rise in general spiritual curiosity, leading people to dabble in witchcraft or with Ouija boards.

The church warned people against wandering in unfamiliar territory.

"One should not invite in something one does not know," said Father Bryan Babick, pastor of Our Lady of Good Counsel in Folly Beach. "With the critique of post-Enlightenment organized religion and, of course, the scandals in all forms of it, people sought and are seeking the supernatural in other places, such as Wicca and even worship of Satan."

Most people who seek exorcisms, though, aren't controlled by demons, priests said. A person is only possessed when they exhibit physical strength beyond their capacity, or reveal secrets of the exorcist's past. Demons also refuse to say the name "Jesus," Allam said. The exorcist added that in his five years as the exorcist, he has only had one case where a person was actually possessed by an evil spirit. The woman, shouting slurs, had to be physically restrained.

Most times, clients have physical, psychological or mental issues that they think are caused by devils. In those cases, priests pray with the person, provide spiritual support and point them to counselors.

To accommodate the uptick in requests, the Catholic Church is also hosting more programs to fight the "moral problems of our day," such as drugs, pornography, anger and the lack of forgiveness, as well as emphasizing the importance of medical treatment.

But the church noted that a balanced approach is needed.

"Not everyone who thinks they are possessed is," Babick said, "and sometimes medical science relative to mental health is not as equipped to treat every condition as it thinks."