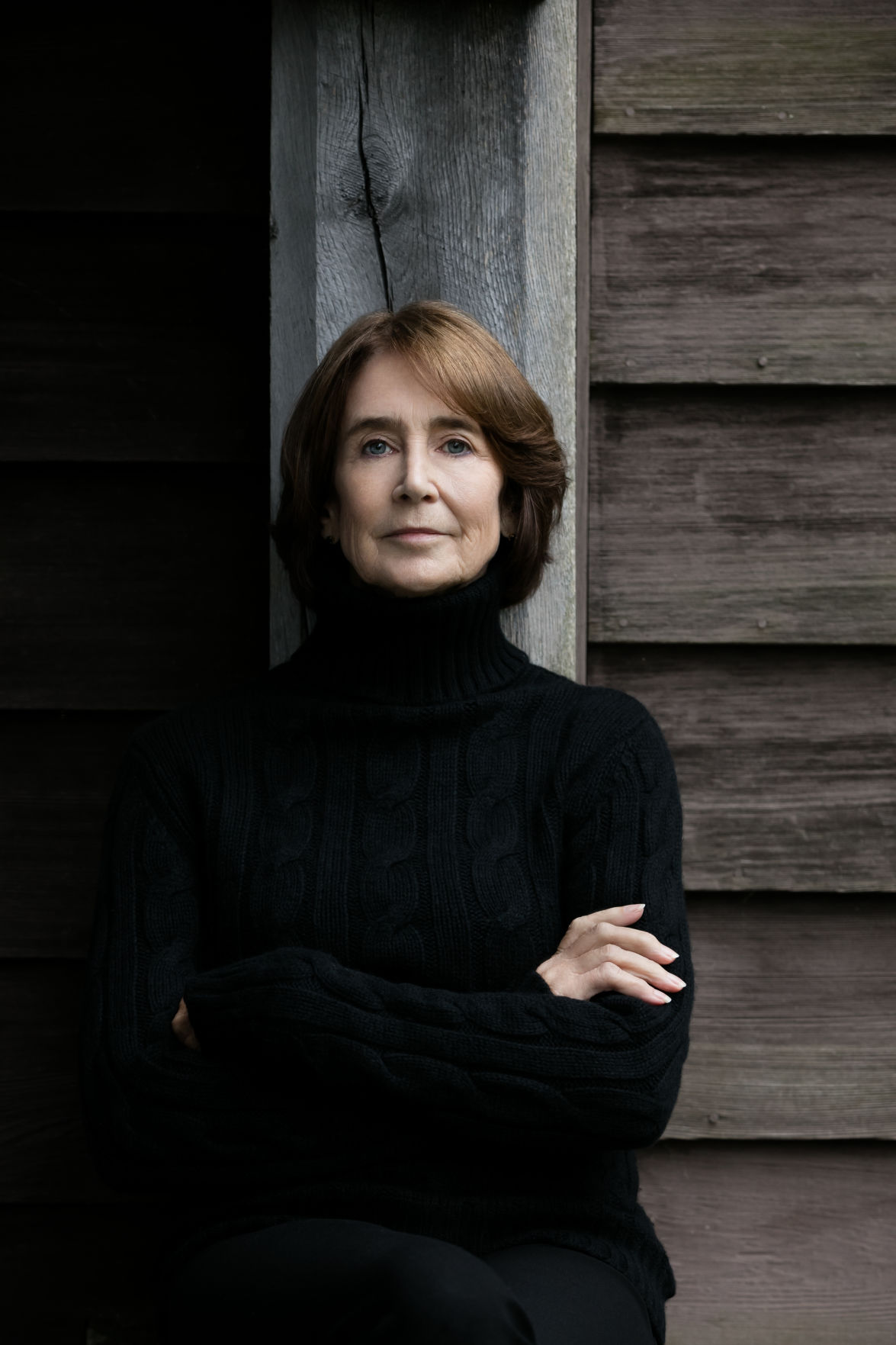 Roxana Robinson is the author of short stories, essays, a biography of Georgia O'Keeffe, and several novels, including "Dawson's Fall," her latest. 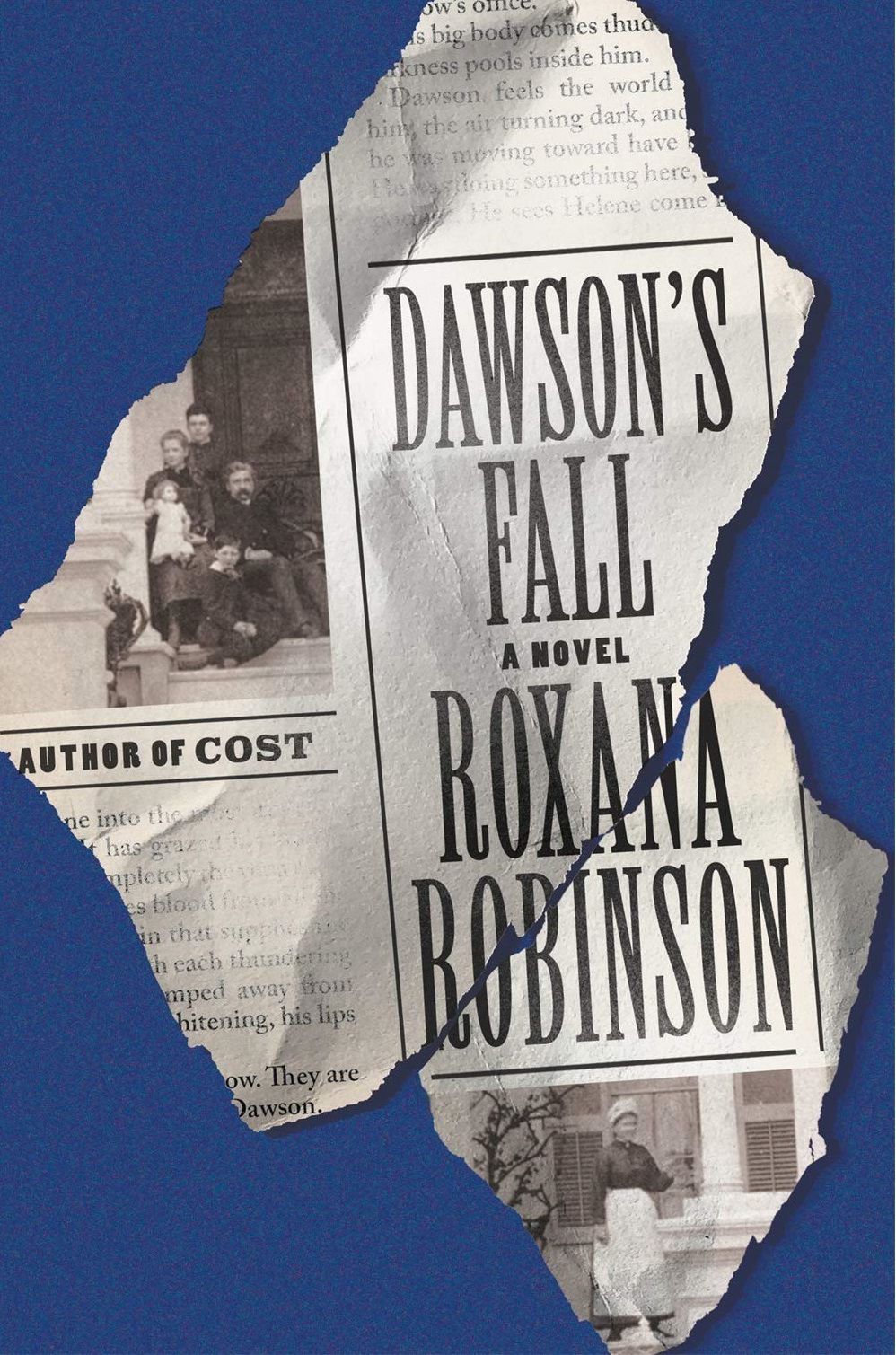 Roxana Robinson is the author of short stories, essays, a biography of Georgia O'Keeffe, and several novels, including "Dawson's Fall," her latest.

Roxana Robinson is an accomplished novelist, a biographer and a scholar of 19th-century and early 20th-century art. Her essays and short stories have appeared in The New York Times, Harper's, The New Yorker, Vogue and other magazines. She has contributed book reviews to the Times and The Washington Post.

Kentucky-born and Pennsylvania-raised, Robinson is the daughter of educators — and she is an educator herself, currently teaching at Hunter College in New York City. She's also the great-granddaughter of Francis Dawson, an Englishman who settled in Charleston and founded The News and Courier.

Her latest novel, "Dawson's Fall," hits bookstores on Tuesday, May 14. In it, Robinson offers a fictionalized account of a fascinating man whose fortunes rose, then fell, and whose adventurous life came to an abrupt end. On the occasion of the book release, The Post and Courier is running a review of the novel on the book page and this Q&A with the author.

Q: I suppose it’s exciting to discover that a distant ancestor is an historical figure who lived largely and accomplished much. When did you first become aware of your great-grandfather Francis Dawson, and how has your knowledge of his life influenced your own?

A: I’ve known about Dawson since I was a child. I knew that our family admired him because he stood up for his beliefs. As I grew older, and began to write myself, it was important to know that he was a prolific and articulate writer in the public eye. Also that he’d taken a stand against racism.

As I did research for this book, and learned more about him, I came to admire his bravery in leaving his country and in embracing the challenges that war entailed; in adapting to change, in making a new life. He was hard-working, honorable and determined: all those things influenced me.

I was also surprised and touched by his emotional side, his tenderness toward his wife and children, his belief in family. When I learned more about his involvement in politics, I began to understand the depth and complexity of that period.

Q: Your new novel “Dawson’s Fall” seems like a bit of a departure for you. Your other novels delve into family relations and challenges. This one is, well, historical. How did you approach the research and writing?

I think all novels are about the family, and the way in which it intersects with the outer world is always pertinent. The families in my earlier novels have been involved with particular issues — the environment, heroin addiction, the Iraq war; this one deals with race and violence. But you’re right — in this novel the world plays a larger part than it did in my earlier books.

As to the research, the largest family resource was the Dawson archive at Duke University. This is a scholar’s treasure trove, containing letters from Dawson to his parents during the Civil War; between Dawson and his wife, Sarah; between Sarah and other members of her Louisianan family. Also, Sarah kept a journal, and both my great-grandparents wrote Civil War memoirs. I also used the archives of the Charleston Historical Society and, thanks to The Post and Courier’s online archive system, I had access to the complete historical record of The News and Courier — which was another scholar’s dream. Since Dawson wrote most of the editorials for his paper, I was able to know what he was thinking almost every day for 20 years.

You can learn the scientific names of the plants and stones and soil that make it up, but it’s also a place you know on some deep and intuitive level, apart from research, in your bones. Family culture was part of this book: the way we were told to treat people, how we behaved at the dinner table, the clothes we wore, the books we read, the way we spoke. That’s all a part of the family culture, it’s how everyone learns who they are.

Q: How much of “Dawson’s Fall” is absolutely true, and how much is invented?

Everything that happens in it is true. All I invented was dialogue and thoughts, but not actions. All the incidents are documented, in letters, diaries, editorials, articles or sworn testimony to Congress or the police. Everything (that appears in the book) as a font different from the main one is a direct quote from a named source. Everything really happened — the duel, the blazing cotton bales, the restaurant shooting, the fraternal burglary, everything. These were wild times! There were lots of things I wanted to put into the book that I reluctantly had to leave out: things that were thrilling, but not pertinent.

Q: As editor of The News and Courier (The Post and Courier’s predecessor), Frank Dawson took risks. He was once enamored with the Confederacy and its cause, but after the Civil War defended science, advocated for industrial improvements to Southern agriculture, argued that blacks should be able to vote under certain circumstances and, generally, strived to push the South into the future. But he made enemies, especially Ben “Pitchfork” Tillman. The tide was running against him. What lessons do you draw from the life of your great-grandfather? What parallels do you see between his time and ours?

A: What strikes me is how much perspective changes with time. I admired the fact that Dawson believed that he could solve anything through energy and determination. He saw race as the great problem of the time, and because he loved Charleston he was certain that he could help solve that problem.

I think we all wear blinders of some sort. Looking back on history, it’s easy to see what went wrong, but when we’re right in the thick of things, it’s hard to see the problems that lie right under our noses. We may not even know what huge problem we’re overlooking, what we’re doing now that our grandchildren will shake their heads about. Or maybe we do know. You still haven’t solved the problem of race, and climate change, they will say. What were you thinking?

Q: You have penned book reviews, essays, short stories and novels, and you even wrote a biography of the artist Georgia O’Keeffe. What sorts of things spark your interest? When and how do you seek to transform an idea into a project?

A: I used to work in the art world, which was when I began to write about American art. It was a huge pleasure to write about O’Keeffe, whose life and work I so admire. But of course I’m also interested in other things: literature itself, women writers and artists, women’s experiences in the world; gardening, the environment; birds, dogs and horses. I’ve written about all these subjects in different ways.

As to the form, a novel usually comes to me from some kind of problem I can’t resolve, something that bothers me. The problem ... comes to occupy more and more of my thoughts, and then I realize I’m going to have to write my way out of it. Then the characters emerge, and the book begins.

Q: In delving into the life of Francis Dawson and writing this novel, what have you discovered about yourself?

I recognized all sorts of traits in Frank and Sarah that I had thought were mine. They were both writers and readers; Frank loved music, Sarah loved gardening. They were both opinionated, stubborn, energetic and demanding — all characteristics very familiar to me! It’s interesting to realize that what you think of as unique to yourself is really part of a long hereditary chain.

And writing about them made me compare myself to them. Over and over I’ve asked myself if I’d have done what they did under those circumstances, if I’d have made the same moral choices. Learning more about them has made me better able to understand them, and my relationship to them. I can take pride in some of their actions and not in others, but even when I’d like to disown the acts, I can’t disown my great-grandparents. I’m connected to them. I have an obligation to respond to what they did.

A family creates its own moral and intellectual shape, and every member plays a part in forming it. Each of us responds to the shape we’ve been given, and each of us has a hand in molding it for the next generation.

Q: Do you think you will write more about Charleston or the South in general? What are you working on now?

I may well write more about beautiful Charleston. The Dawson family house is still there, at 99 Bull St., where my grandmother grew up. There are the steps he climbed every evening. There is the upstairs porch where they strung the telephone to the house on the corner. The city is full of stories, and there are lots of them that I learned, but couldn’t fit into the book.