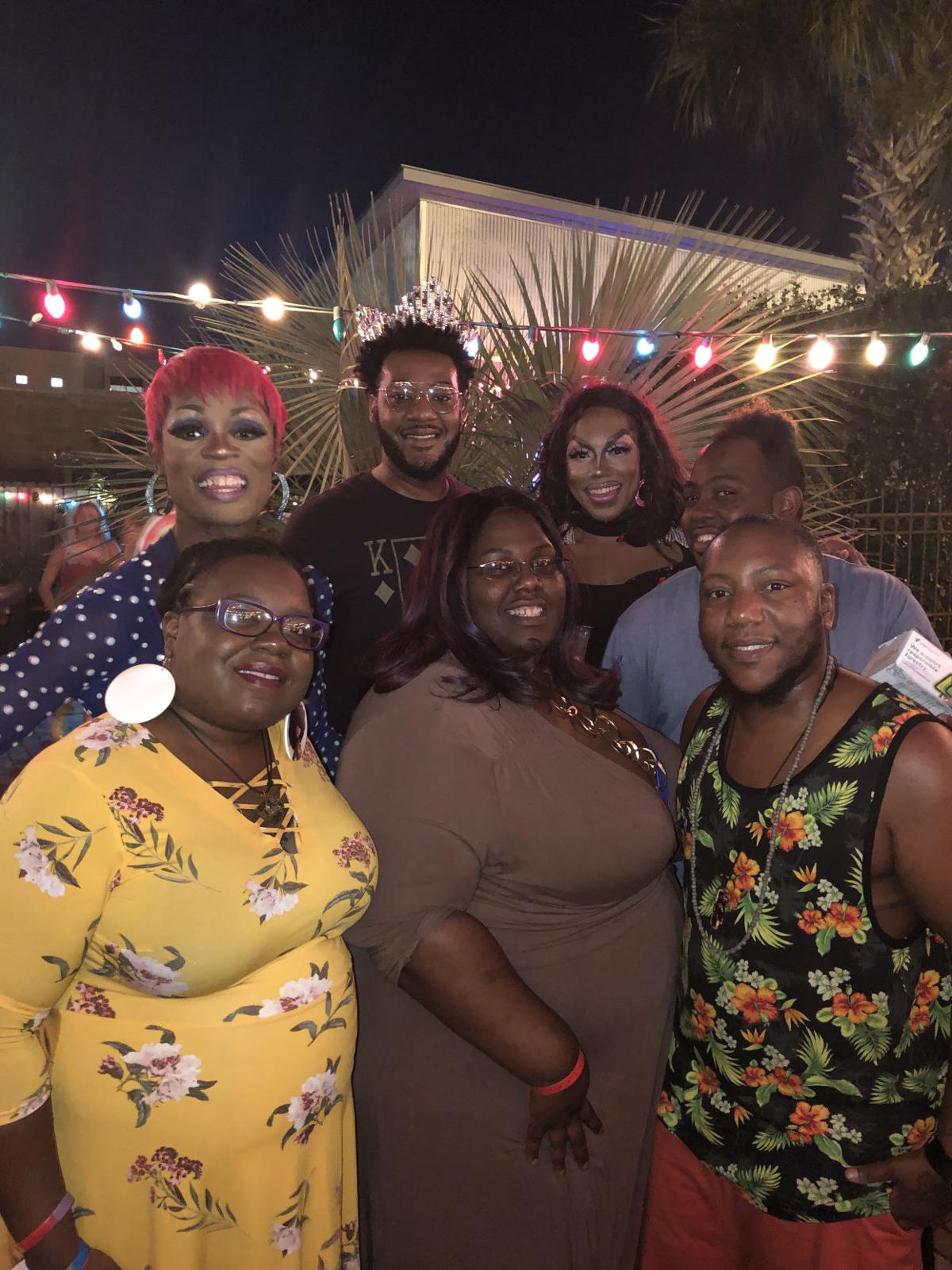 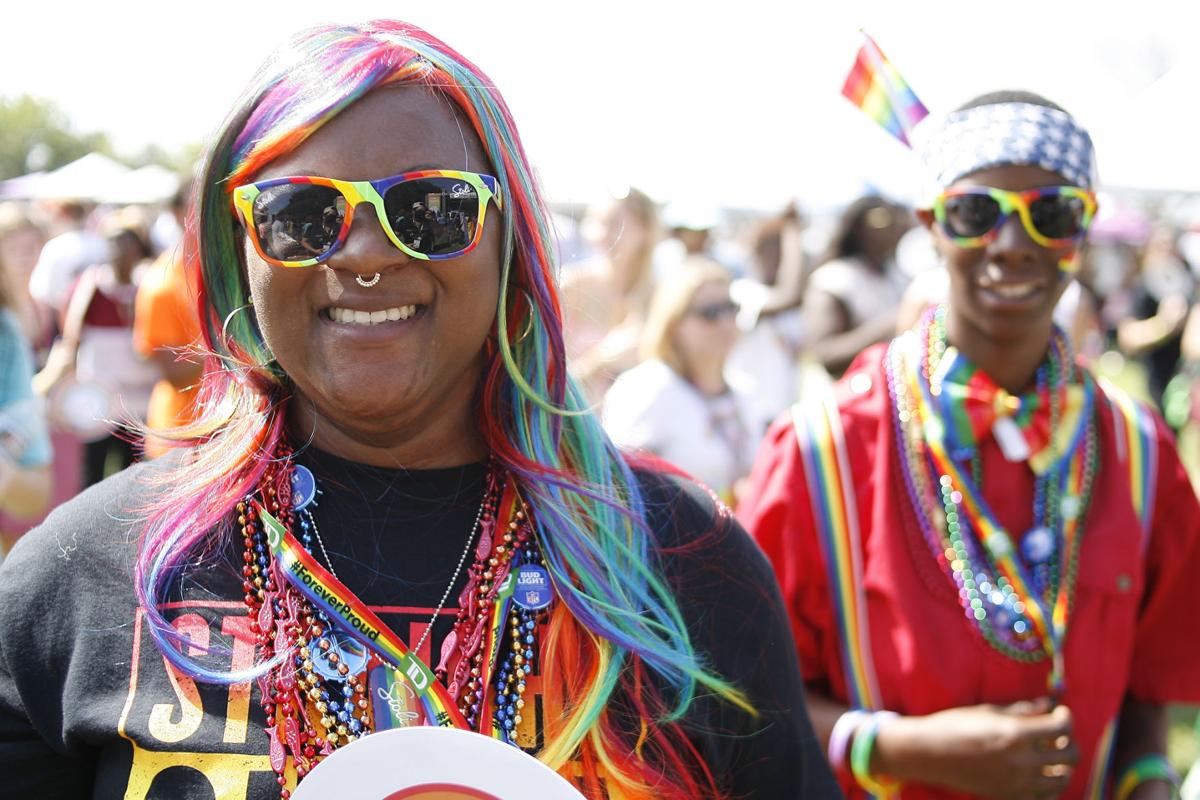 Charleston Pride Week has begun, but not all of the Lowcountry's LGBTQ community is celebrating.

A group of Charleston Pride members have split from the organization, claiming it wasn't meeting their needs.

One of those members was Regina Duggins, a former Charleston Pride board member and an African American lesbian. In June, she started a new local organization created to support LGBTQ people of color. It is called Charleston Black Pride.

When she became a board member two years ago, Duggins was the only African American lesbian to fill the role, but she said the board wasn't the only place in the organization lacking people of color. Many of the organization's programs, she said, were inherently exclusive, from their locations to their themes to their pricing.

"Most of the events have a downtown location, while a lot of the LGBTQ black community is in North Charleston and Summerville," she explained.

Our picks: 10 Charleston Pride events, from a gay history tour to the parade

Last year, she said Charleston Pride also dropped the ball in flying a variation of the Pride rainbow flag that represents LGBTQ people of color, though it was approved during a board meeting. That broke trust within the organization, she said.

Yet Duggins said she didn't found Charleston Black Pride to start a rivalry. Instead, she wants to show that awareness, inclusivity and diversity have to be more present within the organization. There are hopes to rejoin with Charleston Pride once those values have been prioritized.

Duggins also said that Pride Week was the crux of the organization, and one place the organization did a good job in supporting diverse one-time performers, but not many other events or programs were being held throughout the year to cater to the year-round diverse community.

"Pride Week's entertainment for the last couple of years has been an African American headliner, but we’re more than just entertainment," she said. "We’re in business, we’re in arts, we’re in social change, we’re in activism — and we didn’t feel like we were really being honored."

So far, Charleston Black Pride has hosted both brunch meet-ups for mingling and vigils for local trans people of color who were murdered. A homebuyers' seminar is being hosted in September, and People Against Rape will be on site providing resources. Duggins has hopes to host Town Hall meetings, where the conversation about LGBTQ people of color's place in the community transcends brunch tables and group gatherings.

During a weekend of training, Duggins and the others discussed issues that they've faced in regards to other non-black Prides. One unique aspect to Charleston that poses a challenge is that religion is closely tied with the local African American community.

"People of color are in a hidden society when they’re in a Bible Belt state because of religious affiliation and people feeling ostracized from their families and their churches," Duggins said.

Reverend Robert Arrington, pastor of the Unity Fellowship Church of Charleston, said he is the area's only openly gay African American reverend. He's been supportive of Charleston Black Pride since Duggins founded it.

"So much of the LGBTQ community of color are in churches where they are abused and talked down to because of their sexuality," Arrington said.

He said that's a part of the local black religious culture, but he's trying to change that.

Former Miss South Carolina Pride and state ambassador of Pride Jason Marion, known by drag queen name Symone N. O'Bishop, said that the lack of needs-oriented programming, such as that provided by the Alliance for Full Acceptance and We Are Family, is one issue within Charleston Pride.

Nevertheless, Marion is performing in this year's Charleston Pride and will be a part of the parade. So will Charleston Black Pride, which has a float. Though there are issues yet to be addressed, Duggins said Charleston Pride has been responsive and even supportive.

A new role of Chief Strategy Officer was created within Charleston Pride, in part to address diversity issues. The person filling that role now is Evan Nowell, and he says it's all about listening, observing, being a citizen and engaging.

"As a white, gay queer male, I want to use my privilege to sit back and listen to those who haven’t had a seat at the table," Nowell said.

Nowell helped Charleston Pride launch a physical space, which was rented to unite the Alliance for Full Acceptance, Charleston Pride and We Are Family under one roof so that they might better collaborate to meet the needs of the entire LGBTQ community. It also provides a space where conversation can be had and brainstorming can take place.

This year at the festival, he added, all of the Pride flags will be flown, including the one for people of color which was left out last year.

Now that Charleston Pride is celebrating 10 years, Nowell said the next step for this role is mapping out a vision and a tactical strategy for moving the organization forward until there is true inclusivity.

"We're trying to think, beyond Pride Week, 'What programs can we be hosting? What resources can we offer the community?'" he said.

A new president of Charleston Pride will be elected at the end of the year when Tony Williams, the group's original organizer, completes his term of service after a decade.

Duggins wants to make it clear there are no hard feelings against Pride, but there is a lot to be done.

"They have to understand that we want to be a part, but if we have to do something separately first to then be a part, we will, until there can be a way that our needs can be met and we can be under one umbrella," she said.

Editor's Note: This article has been updated to reflect that Charleston Pride president Tony Williams is not resigning at the end of the year but completing his 10-year term of service.