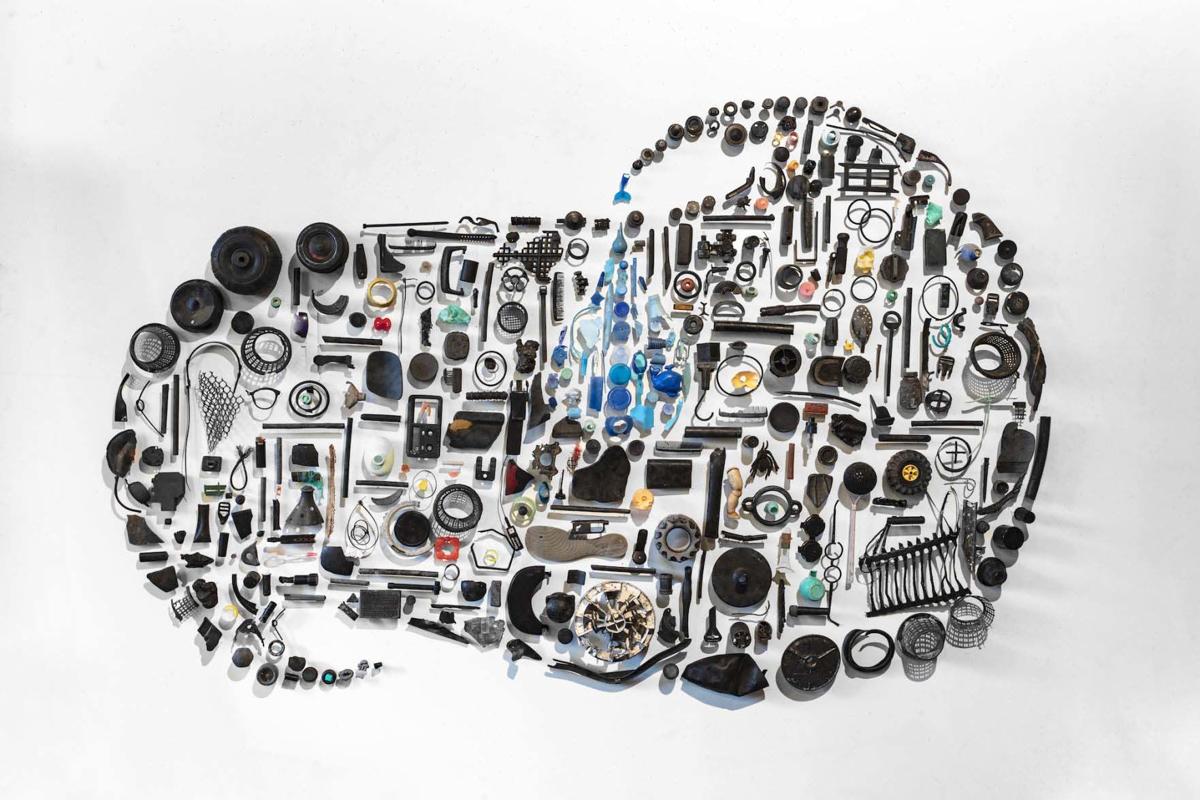 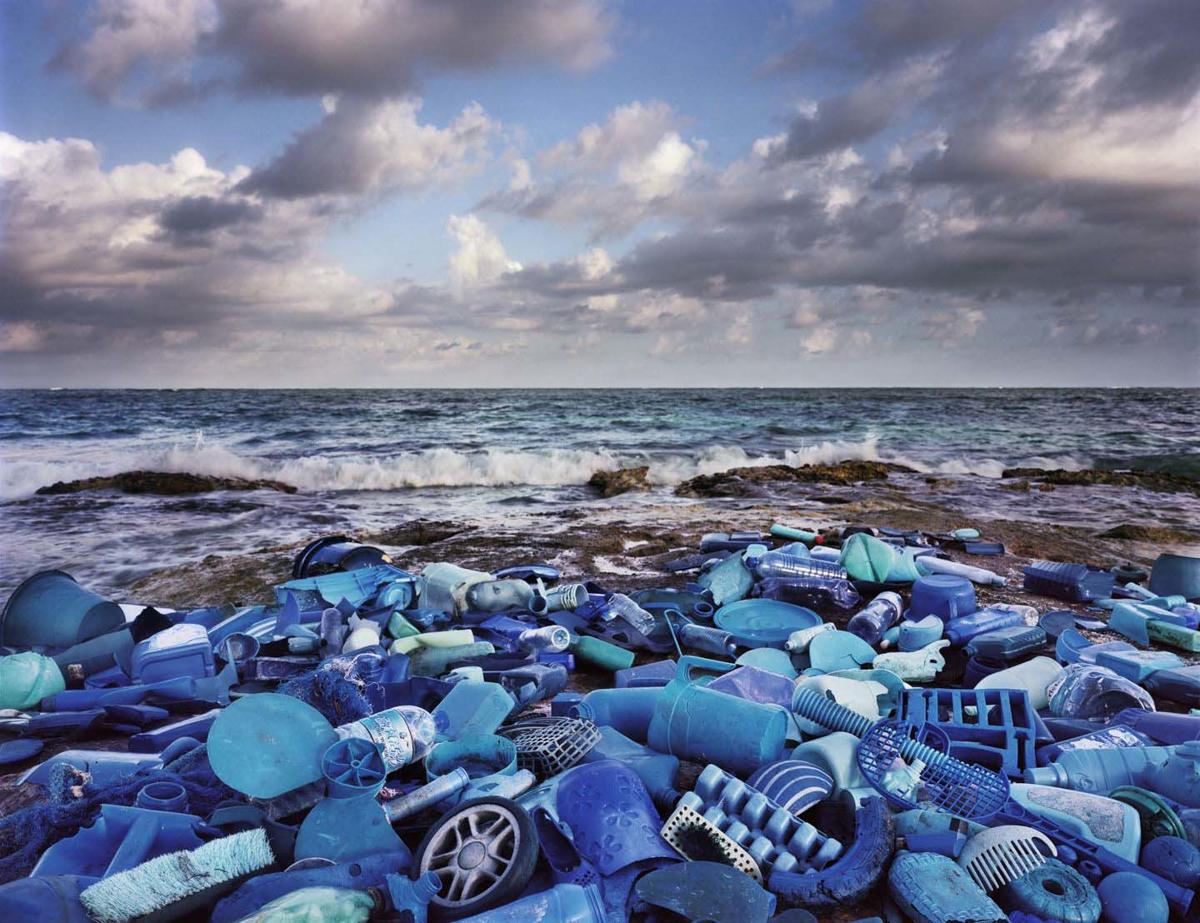 A photograph by Alejandro Duran, on display in the "Can't You Sea?" show in Myrtle beach. 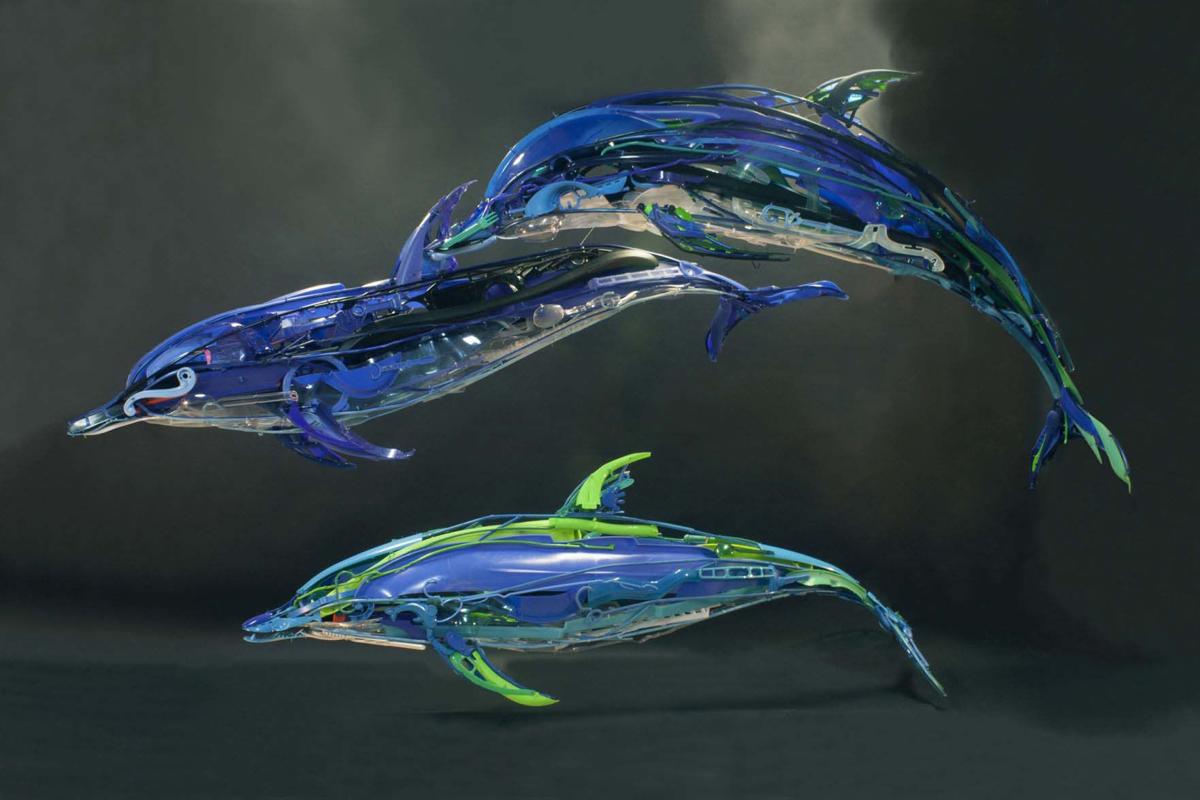 A sculpture by artist Sayaka Ganz. 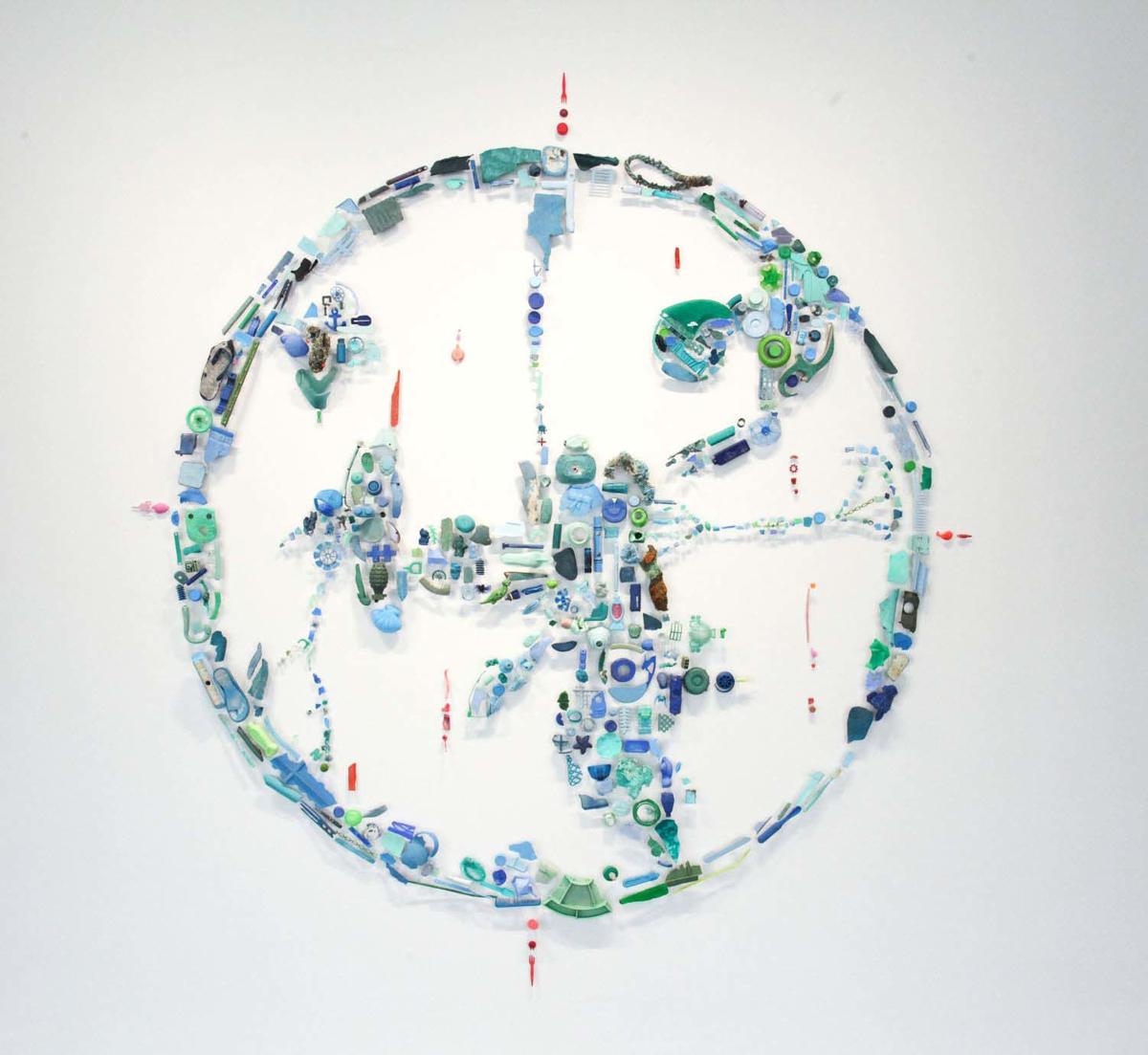 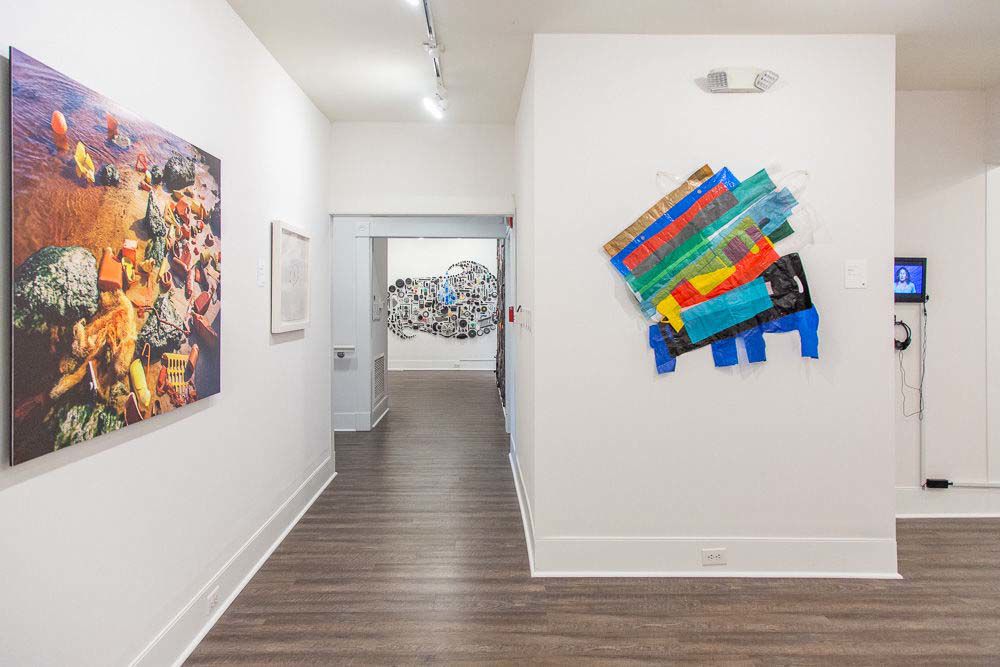 A view of the galleries at the Myrtle Beach art museum.

A photograph by Alejandro Duran, on display in the "Can't You Sea?" show in Myrtle beach.

A sculpture by artist Sayaka Ganz.

A view of the galleries at the Myrtle Beach art museum.

For Pam Longobardi, art is a form of reparation.

“I travel all over the world to high-impact beaches and I collect ocean plastic from those beaches,” she said. “We are haunted by the ghosts of our consumption, especially when we see them coming back from the dead.”

We throw away the plastic containers and wrapping, she said, little aware that they will not disappear, that our trash will return to us, often in a different form. As microplastics we ingest. As carpets of refuse covering our beaches. As poisonous weapons that kill wildlife.

“I want to take that material out of the space where it doesn’t belong and bring it back into a social space, where it can do its work, which I think is to deliver us a message.”

Longobardi’s art installations have been shown around the world. Now she has work in a show called “Can’t You Sea? Ocean Plastic Artifacts,” on view through Sept. 8 at the Franklin G. Burroughs-Simeon B. Chapin Art Museum in Myrtle Beach.

Cohen makes tapestries from plastic bags. Duran arranges waste and photographs colorful “landscapes.” Ganz creates impressionistic animals in motion using plastic and metal waste. Robson makes large abstract sculptures and medium-size assemblages from plastics. (Her work was featured by the Halsey Institute of Contemporary Art in the fall of 2017; one piece was acquired by the S.C. Aquarium and is on display on the first floor.) Smith, a Columbia-based artist, makes large portraits using materials she retrieves from the trash.

Curator Liz Miller said she had been noticing art made from plastic and decided that the museum should foster a conversation about the environment and consumer waste by organizing a show.

She combed the internet looking for artist-activists who use plastic waste and found many. She reached out to 10 and settled on six. The idea was to show work that was appealing, even beautiful, and could raise awareness and prompt action.

“We wanted people to come away from it motivated and happy to make change,” Miller said.

Pat Goodwin, executive director of the museum, said it makes sense for an art institution located by the beach, with a view of the ocean, to focus on plastic waste.

She said the “Can’t You Sea?” exhibition includes children’s programming and community outreach. “We’ve collected bags and bags of plastic and filled a sculpture on the front lawn,” she said. It’s a giant octopus. “You have to start somewhere.”

Longobardi, who’s based in Atlanta and teaches at Georgia State University, said she was inspired by a 12th-century map of the world that portrays a world with one vast ocean.

“To me, it was very ironic,” she said. “They had this more right than we do. We just make up geopolitical boundaries. If we saw the planet as whole, we might act differently.”

Instead, we have shown little regard for the consequences of our consumerism, Longobardi said, referring to her work as a kind of cultural archaeology.

“It’s what we’re leaving behind; it’s going to be our material legacy.”

It’s unclear how effective humans will be in cleaning up the environment and restoring ecosystems before the damage is irremediable, but that’s not stopping Longobardi from intervening, she said. And at least the world is starting to recognize and confront this vast problem.