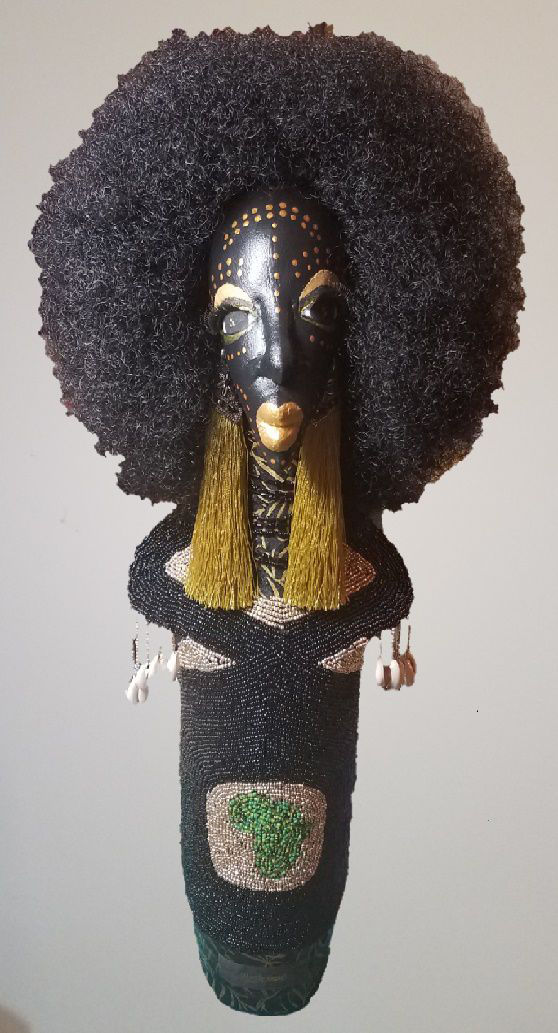 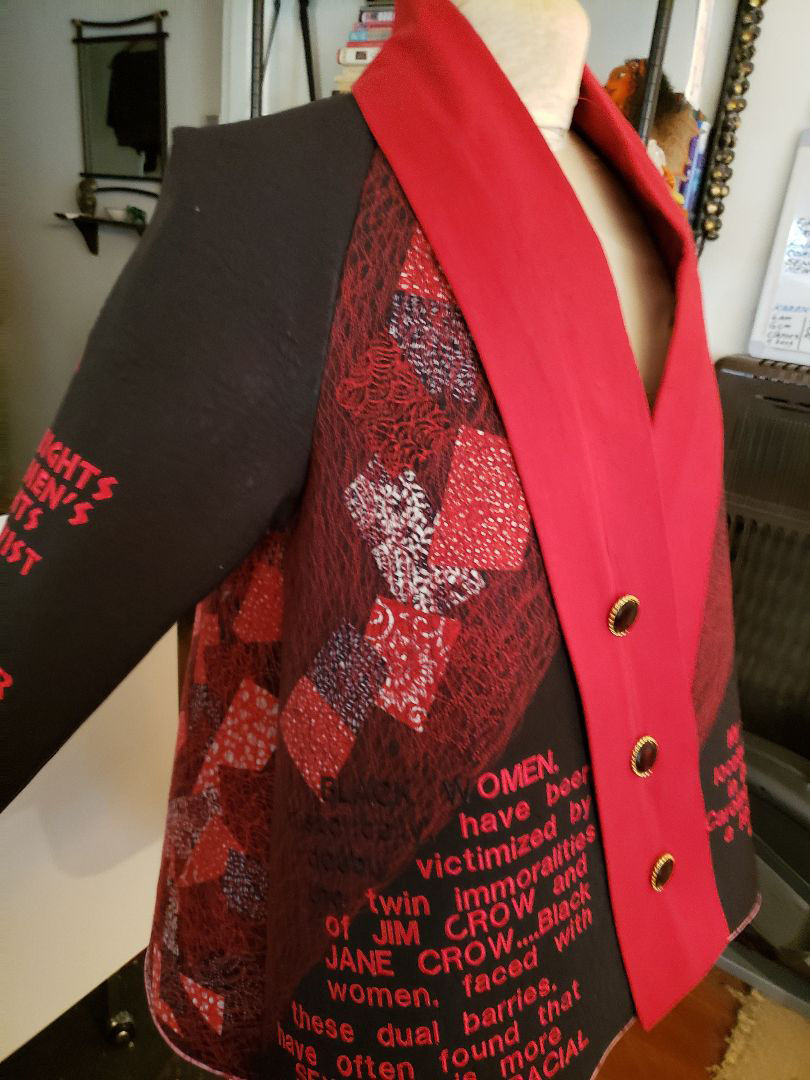 In it, Spalding sings:

Hold your head as high as you can,

high enough to see who you are, little man.

Life sometimes is cold and cruel.

Baby, no one else will tell you,

so remember that you are

Curator Torreah “Cookie” Washington is a fan of the singer (who, by the way, is set to perform May 24 and 25 in Spoleto Festival USA), and a long-time proponent of black pride, which she expresses in her own fiber art work.

“I believe that we’re going through a really challenging time in our country where those of us who are not white men are feeling a little depressed, a little unappreciated, and tamped down,” she said. “So I wanted to create a show where we celebrated our Africanness, our oneness, and wanted the show to be an inspiration to the next generation.”

She was looking for a theme of uplift and found it in Spalding's song. So she spread the word and 65 artists from all over the U.S. answered the call. Only six are from the Charleston area.

“This year, there are over 70 pieces of amazing, boundary-pushing art that will inspire and enlighten people,” Washington said.

The show is part of the North Charleston Arts Fest, scheduled for May 1-5. The festival includes theater productions, dance and musical performances, art exhibitions and workshops, block parties and, new this year, a World Arts Expo at Riverfront Park on May 4. For information including a complete schedule, go to https://northcharlestonartsfest.com/.

The fiber art show has become a festival tradition, and the works on display straddle the line between craft and fine art. Some of them are so intricate, viewers are bound to marvel at the technical prowess required to make these pieces.

Tony Williams, a fiber artist from Ohio, and the only man involved in the show, will present an indigo-dyed paper outfit. Cas Jenkins, a Charleston-based artist, will offer her dolls. Returning contributor Arianne King Comer also will have indigo-dyed works in the show.

Angela Ferguson of Atlanta is contributing a doll (or “soft sculpture”) that she named “Black Gold” in keeping with the theme. It is a striking, stylized figure of a black woman with a huge afro and facial decorations. The hair is real. The head sits atop a body made from a vase. The face is sculptured, not flat.

Ferguson, 62, served in the Army for a decade, then worked in politics in Washington, D.C. Originally from Ohio, she has been making crafts for most of her life, she said.

When Cookie Washington asked her to contribute something to this show and informed her of the theme, the first thing Ferguson did was listen to the song.

Though Spalding was singing to a young black boy, Ferguson thought the song also spoke to the experiences of black women, who have been discouraged historically to wear their hair in its natural form, she said.

“The more Caucasian you look, the more acceptable you are,” she said. “When I was growing up, you did not wear natural hair at work.”

Black women felt compelled to straighten it, which meant using chemicals and a hot iron that damaged hair. (Often, they still do, Ferguson said.)

“We have to hurt ourselves to be accepted, and we are so highly monitored for being who we are. It gets under my skin even to talk about it. I went through all of this.”

So she made a doll with a giant tuft of natural hair and skin as black as she could get it.

Washington, too, is contributing a piece. Her quilt is a tribute to “the original black gold,” she said.

Henrietta Lacks died of cancer in 1951, but not before doctors at Johns Hopkins harvested (without permission) cancer cells and created the world’s first immortalized cell line, which can reproduce indefinitely, assisting doctors with research, vaccine development, cancer treatments and more.

The HeLa line subsequently has been used to study the effects of toxins, drugs, hormones and viruses on the growth of cancer cells without experimenting on humans, according to Johns Hopkins. “They have been used to test the effects of radiation and poisons, to study the human genome, to learn more about how viruses work and played a crucial role in the development of the polio vaccine.”

This legacy, which continues today, inspired Washington to make a quilt in Lacks’ honor.

“She is the magical Negro who saved the world,” Washington said.

The 13th annual African-American Fiber Art Exhibition is on view 8 a.m.-7 p.m. daily, May 1-June 21, at North Charleston City Hall, 2500 City Hall Lane. Parking is available and admission is free. A lecture and tour of the show is scheduled for noon-2 p.m. Thursday, May 2. An opening reception is set for 6-8 p.m. the same day.