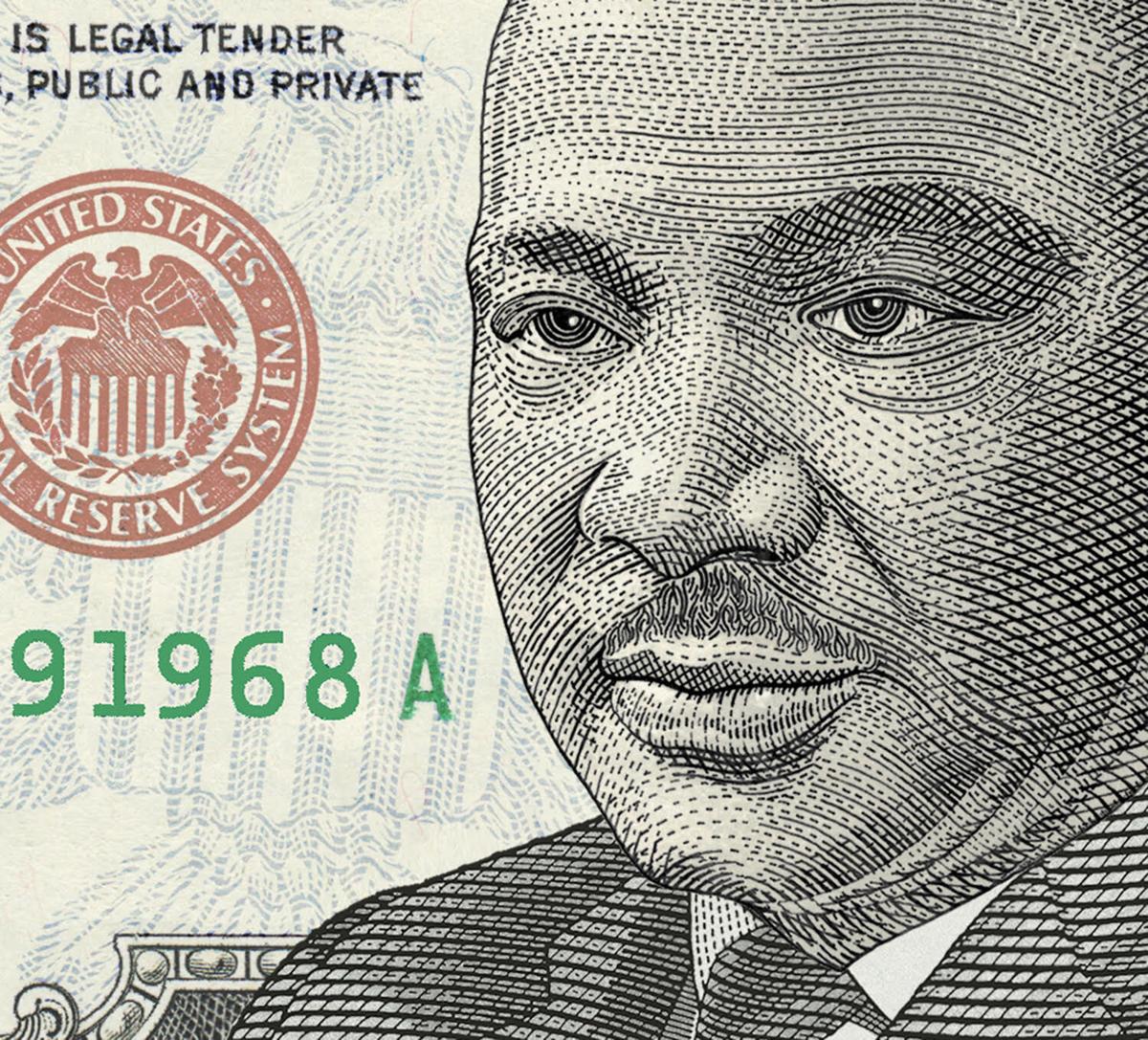 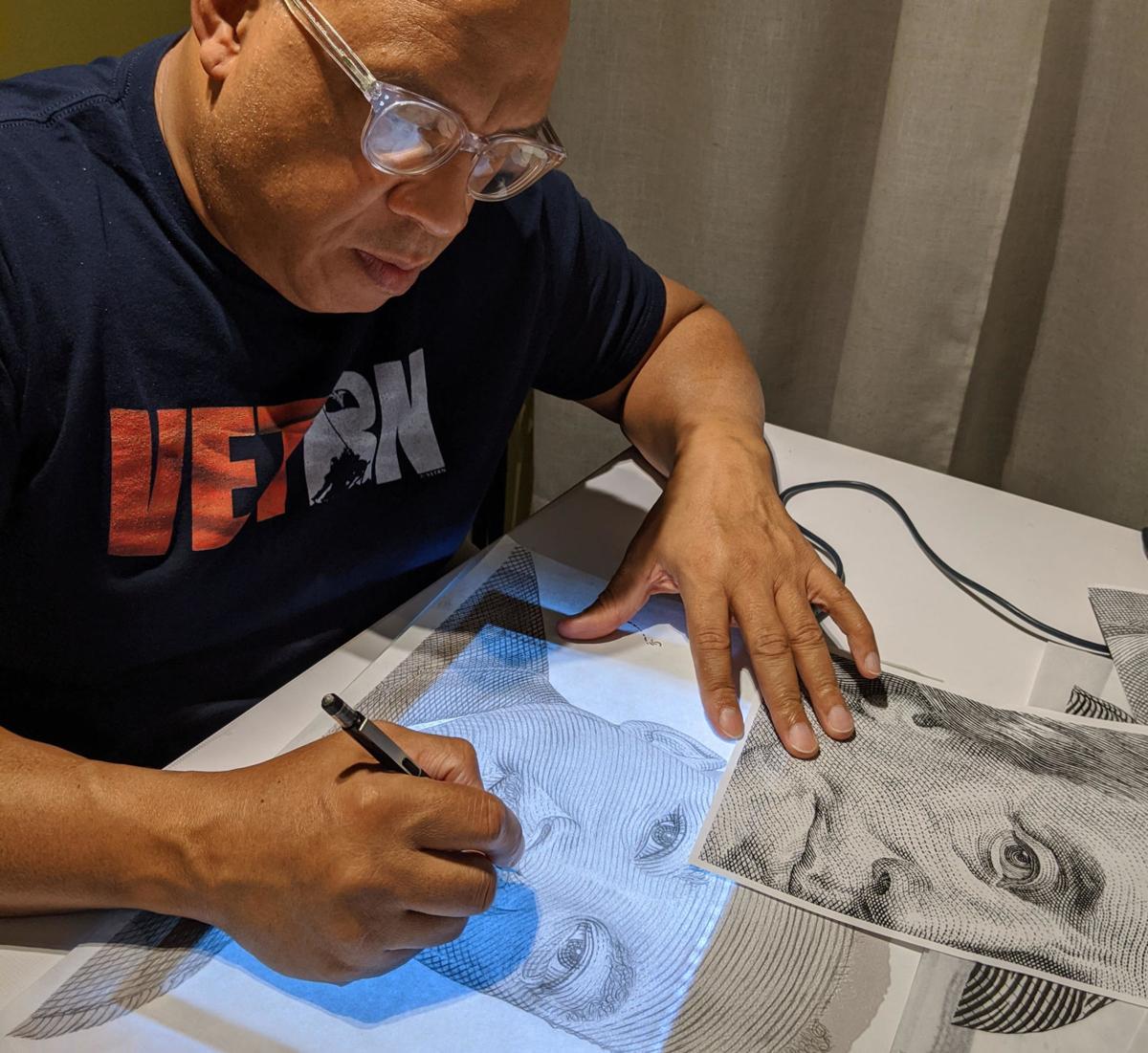 Artist Colin Quashie drawing by hand a portrait of Martin Luther King Jr., meant to look like an etching. 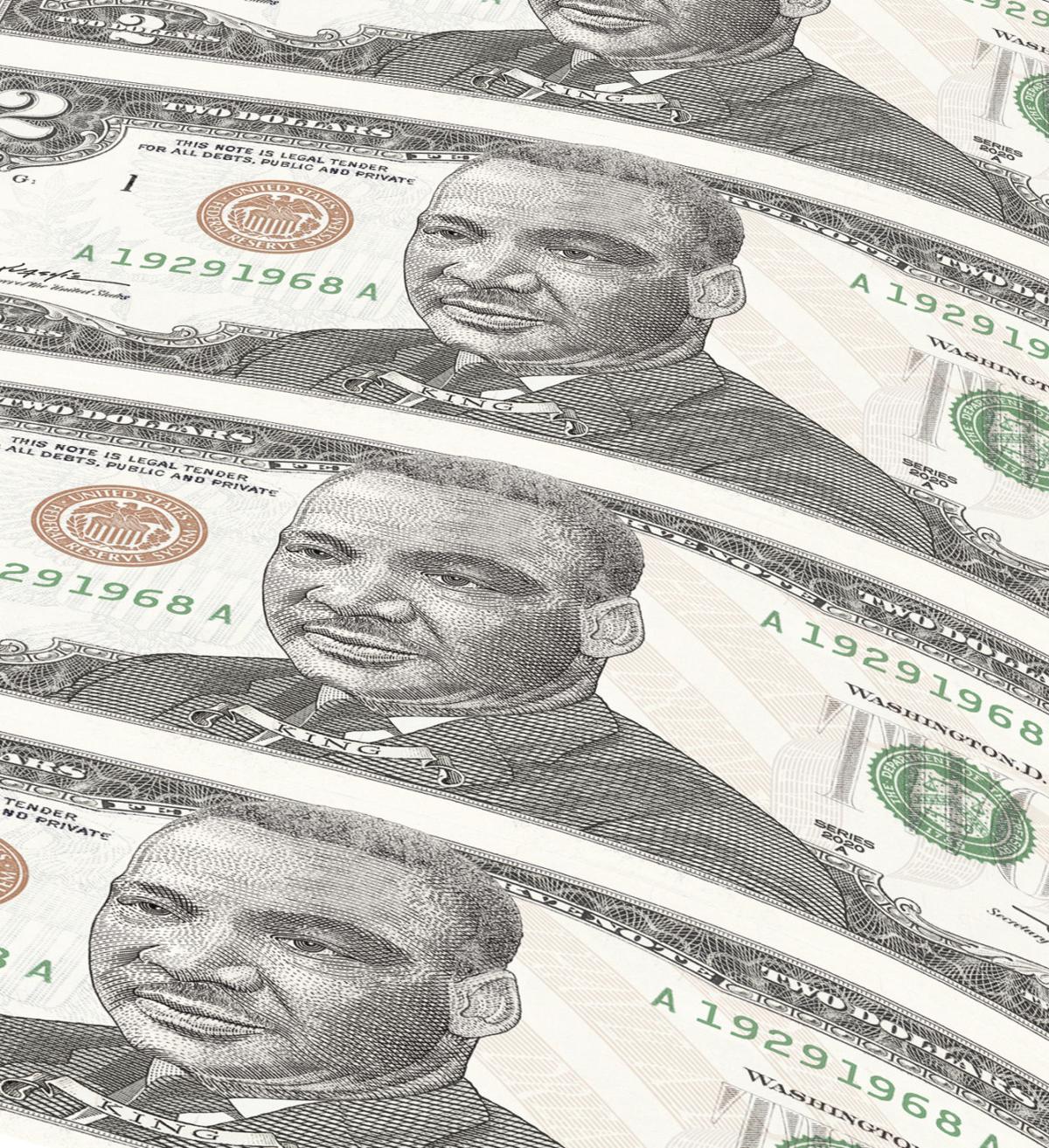 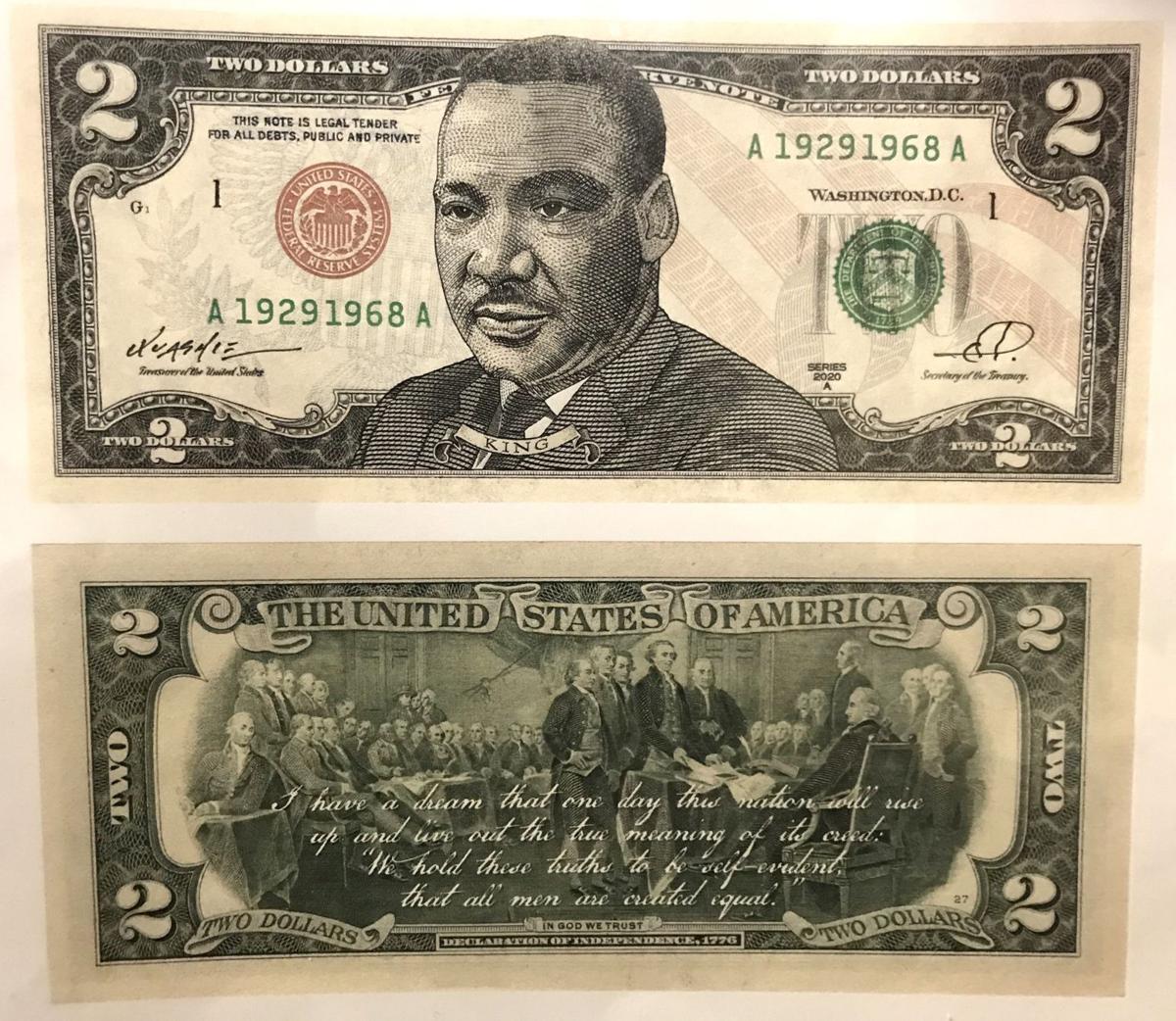 When the Trump administration put plans to redesign the $20 bill on hold — a redesign that would have replaced President Andrew Jackson with abolitionist Harriet Tubman — some were disappointed, especially artist Dano Wall.

In 2017, Wall decided to take matters into his own hands and create an ink stamp that could superimpose Tubman’s visage over Jackson’s. The stamp was given to local artist Colin Quashie as a thank-you gift for his “Linked” show that was on view at the Halsey Institute of Contemporary Art late last year. The Halsey’s director, Mark Sloan, knew Quashie would appreciate both the concept and its practical application.

Quashie, you should know, is a perfectionist, someone who often works from photographs and products that rely on commercial graphic design and meticulously creates versions of these images by hand. His has a fine eye for detail and an acerbic talent for social criticism.

His work, whether large-scale paintings of African American leaders, slaves and scholars or objects that mimic what we might find in a toy store or supermarket (“Slave Ship Sardines,” for example, or “Plantation Monopoly”), recalls America’s long history of oppression and exploitation.

The $2 bill would be a perfect platform for black history, he said. It is already in circulation and considered commemorative and collectible.

Here are his criteria for whose visage might rightfully be part of the collectible currency project: The figures must be widely familiar to the public, and they should be people who made important contributions to the United States, especially cultural and economic contributions.

Quashie said these important historical figures need not replace the image of Thomas Jefferson with which the $2 bill currently is decorated; they can simply be used on alternative versions of the bill. His suggestion is to print new versions every five years. The project would help diversify U.S. currency, so far dominated by Founding Fathers and presidents.

Who a country chooses to feature on its currency says something about its values and priorities, Quashie said.

“Money is a visual history of the United States of America, of what’s important,” he said. Since enslaved Africans and African Americans have made such vital contributions to the establishment and economic success of the country, it’s only right to acknowledge those contributions on our money, he said.

The series could be intended for collectors, and the revenue generated from purchases of the $2 bill could fund “reparation scholarships” that go to students attending historically black universities and colleges, he said.

“It would be a wonderful way of engaging artists,” Quashie said.

Sloan said the project is typical of Quashie’s imaginative approach to political art that engages its viewers.

“There’s a wonderful double-meaning of the word ‘currency,’” he noted. “‘Currency’ is this thing that is mutually agreed upon (to have) value.” It’s tied to the Federal Reserve and used for trade. “But then there’s also the ‘currency’ of what’s flowing in the political consciousness. To me, Quashie is trafficking in a very different kind of currency.”

The new money would change hands in the normal way, but at the same time it would draw attention to the need of the country to reckon with its racist past, Sloan said.

The front of the bill would feature the famous black person; the back could be an illustration of significant, related events. Behind King might be a rendering of the March on Washington, for example. Behind Smalls could be a rendering of the C.S.S. Planter, the Confederate ship he commandeered to transfer family and friends to the safety of a nearby Union installation.

Each sheet of $2 bills purchased as a collectible could come with a booklet that includes biographical information about the historical figure and additional images by the same artist.

Quashie said he spent weeks drawing the image of King by hand so it would look authentic and so he could lend gravitas to his proposal. This would not be some whim.

“There are no illusions on my part,” he said of the chances government officials would embrace the plan. “But stranger things have happened.”