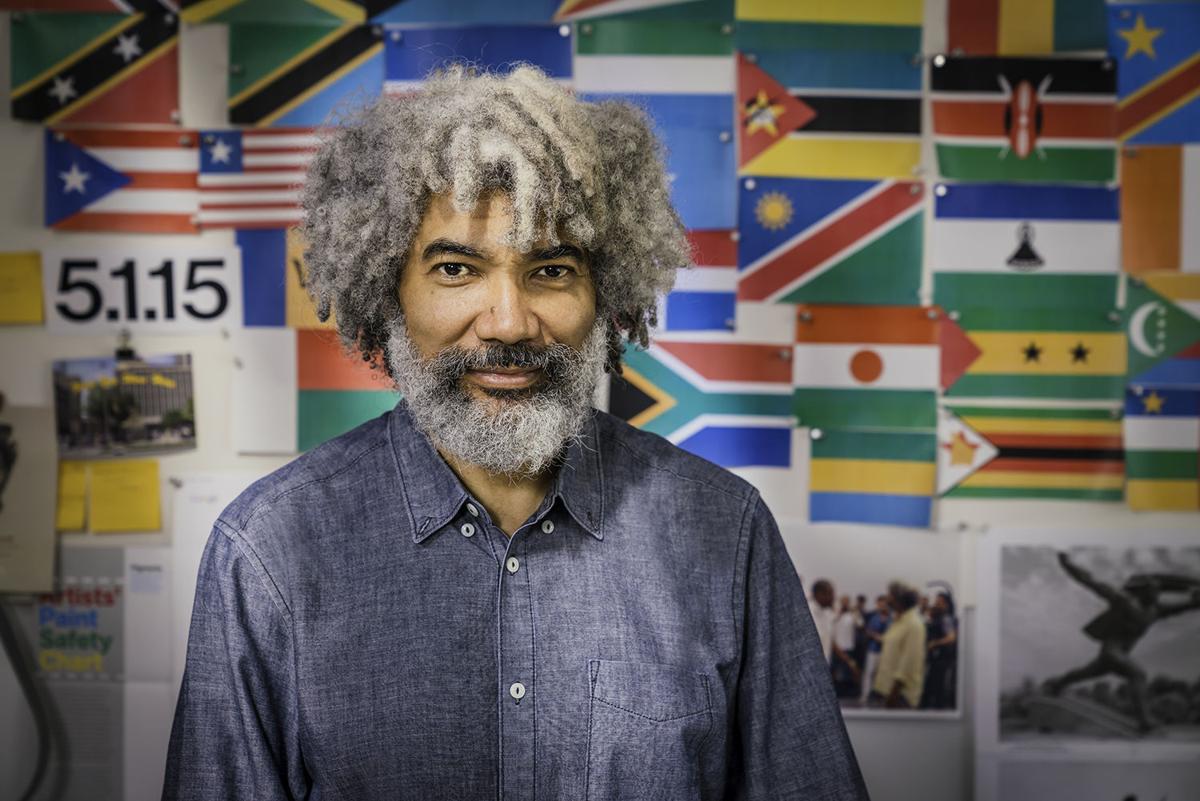 Fred Wilson, an influential conceptual artist based in New York City, will deliver a talk at the Gibbes Museum's Distinguished Lecture Series event at 6:30 p.m. Nov. 13 at the Charleston Music Hall. Guy Ben-Ari/Provided 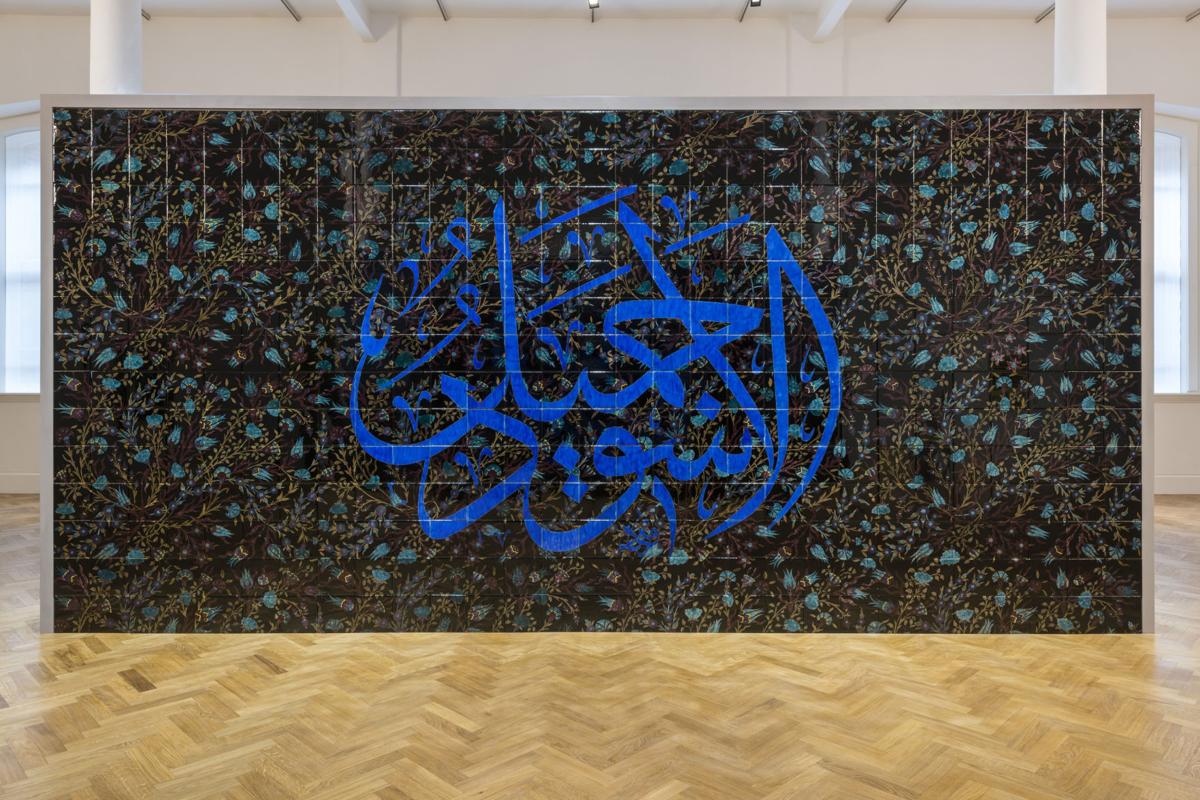 Fred Wilson's "Black is Beautiful," part of his "Afro Kismet" show created for the Istanbul Biennial in 2017. The show also was exhibited at Pace Gallery in New York City in 2018 and will travel to the Gibbes Museum in the spring. Damian Griffiths/Provided 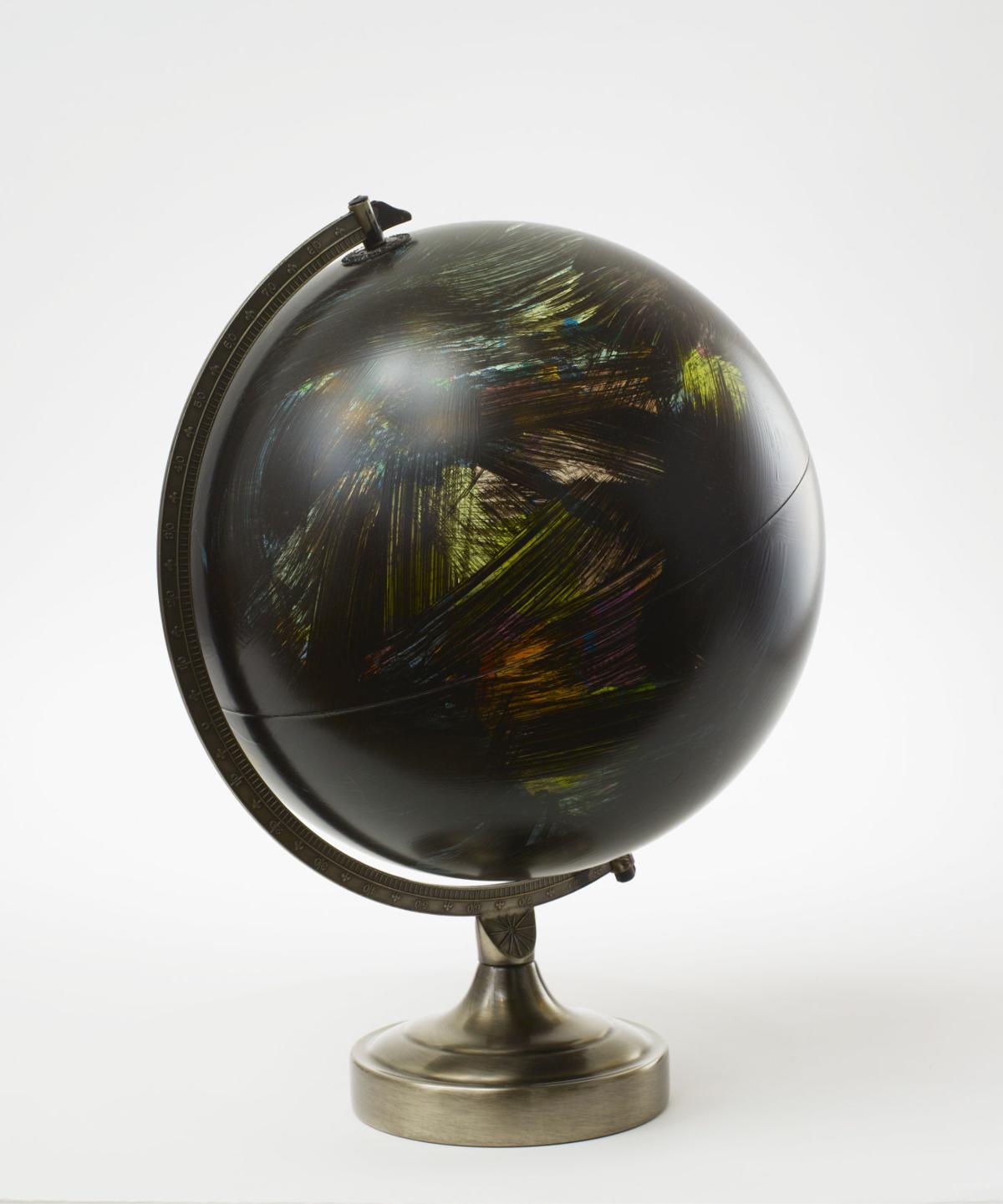 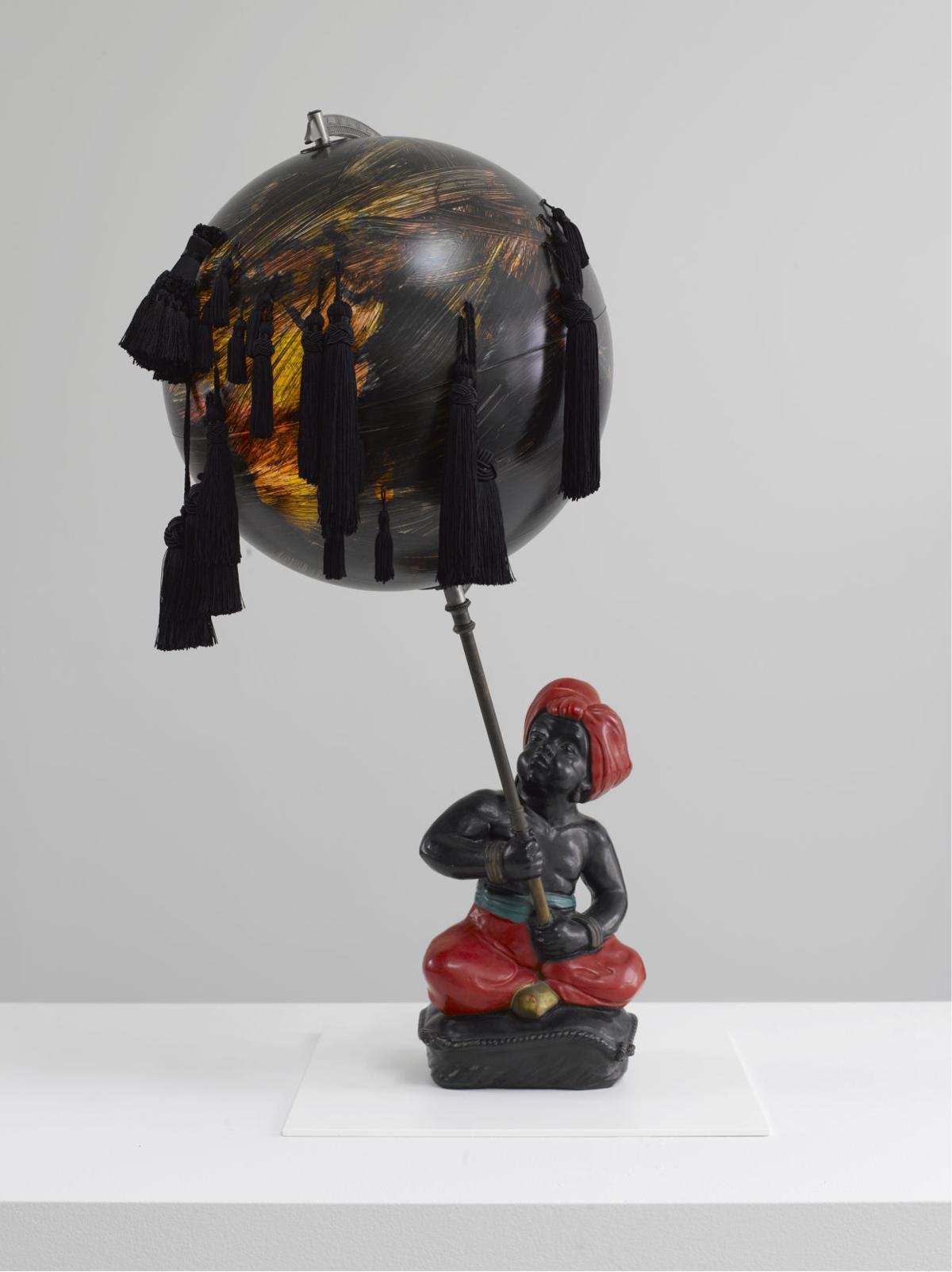 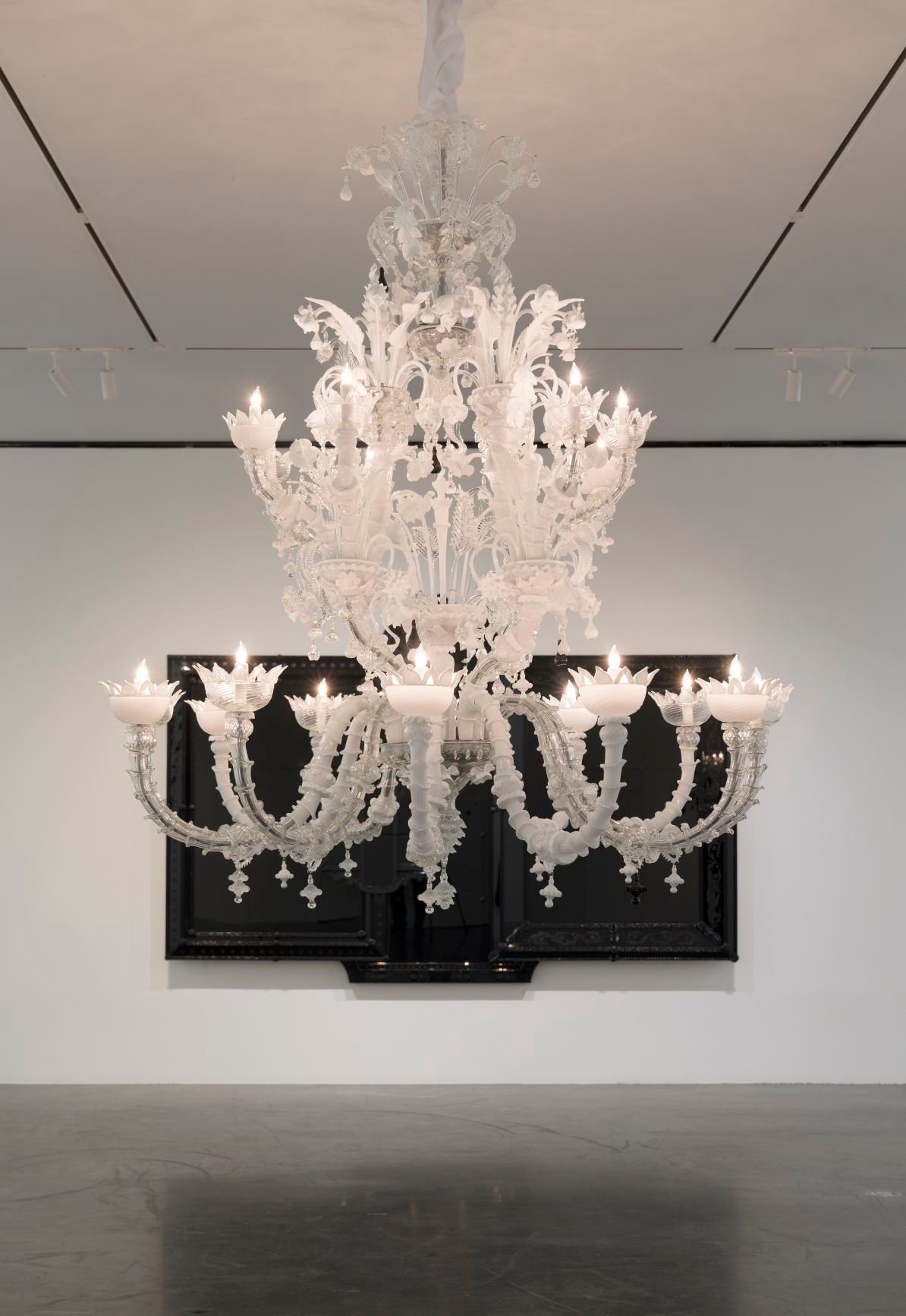 A view of a portion of the "Afro Kismet" installation at the Pace Gallery. Tom Barratt/Provided 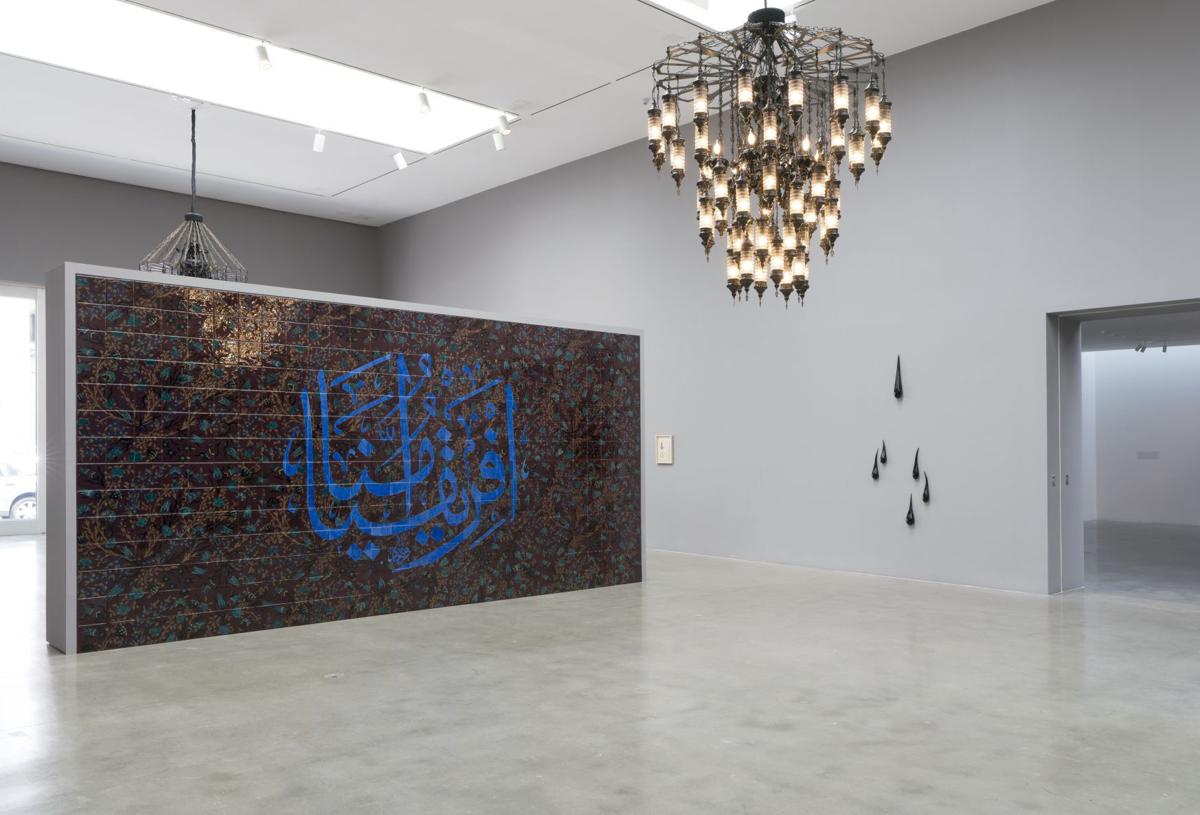 A view of the "Afro Kismet" installation at Pace Gallery in New York City. Tom Barratt/Provided

Fred Wilson, an influential conceptual artist based in New York City, will deliver a talk at the Gibbes Museum's Distinguished Lecture Series event at 6:30 p.m. Nov. 13 at the Charleston Music Hall. Guy Ben-Ari/Provided

Fred Wilson's "Black is Beautiful," part of his "Afro Kismet" show created for the Istanbul Biennial in 2017. The show also was exhibited at Pace Gallery in New York City in 2018 and will travel to the Gibbes Museum in the spring. Damian Griffiths/Provided

When Fred Wilson was a young boy growing up in New York City, his mom, an artist, took him to a lot of museums. It was an environment rich in cultural heritage and artistic expression that Wilson quickly came to love — and eventually question.

While a high school student in Manhattan, he attended some classes at the Metropolitan Museum of Art. Throughout the museum’s many galleries were relics of civilizations past and plenty of works that helped explain the human experience and creative impulse.

“To get to the classes, you had to walk through hallways that the public didn’t typically see,” Wilson recalled. “As I walked through them, there were these grand sculptures along the hallway, unceremoniously sitting there and draped with plastic. They looked similar to those on view upstairs.”

It got him thinking: What makes the objects upstairs worthy of display but not these in the basement? Who decides what we see?

“When you go to a museum, everything seems to be in its right place,” Wilson said. “However, these objects sat in a very different place, in a different way.”

They had been denied a chance to express their significance, yet they were there, under cover, meaningful nevertheless. It occurred to the young Wilson that our cultural institutions, for a variety of reasons, do not tell the whole story.

Looking back, Wilson recognizes this as “the beginning of the 'A-ha!' moment.” Since then, he has worked to turn the art world inside out. And he has succeeded.

Wilson, an accomplished and influential conceptual artist, now turns his attention to Charleston.

He is the 2019 speaker of the Gibbes Museum’s Distinguished Lecture Series, appearing at 6:30 p.m. Nov. 13 at the Charleston Music Hall. And he is preparing to install his exhibition “Afro Kismet” at the Gibbes. The show is presented in conjunction with Spoleto Festival USA and runs May 15 through Oct. 4, 2020.

He also is working on a new piece that references Spoleto Festival’s production of the opera “Omar,” by Rhiannon Giddens and Michael Abels, set to premier in the spring at the Sottile Theatre.

“Afro Kismet," an investigation of the contributions of Africans to the Ottoman Empire, first was prepared for the 2017 Istanbul Biennial. It followed in the same vein as “Speak of Me As I Am,” an installation in the United States tent of the 2003 Venice Biennial. This project also challenged commonly held notions of culture and society, highlighting contributions of black Africans to a cosmopolitan European city that was, for centuries, a vibrant crossroads of economic and artistic activity.

To create these exhibitions, Wilson gains access to treasure troves of cultural artifacts, typically held by museums, determines the dominant historical narrative the institution is propounding, then subverts it in provocative and captivating ways.

Wilson made his entrance on the international stage with his groundbreaking 1992 show “Mining the Museum” at the Maryland Historical Society. This conscious act of deconstruction, which shined a spotlight on the narratives cultural institutions favored and the alternative narratives they ignored, shocked many in the museum world.

“Fred was really the first artist in my recollection who began to (share) a different perspective on how museums organized and presented their material,” said Angela Mack, executive director of the Gibbes Museum. His project at the Maryland Historical Society, she said, “put museums on alert.”

Suddenly, museum officials were examining their collecting practices and biases. They began to scrutinize the demographics of the board members and staff. They began to engage more with artists of color.

They admitted — some of them anyway — that they were essentially white institutions presenting a Eurocentric story, Mack said.

Some organizations, including the Gibbes, had organized exhibitions featuring the work of artists of color for years.

“But none of us were thinking deeply about the institutions as a whole,” Mack said.

In 2009, the Gibbes mounted an installation by Juan Logan and Susan Harbage Page called “Prop Master” that, among many things, shed light on the museum’s woeful lack of diversity in its collection.

Quickly, funds were allocated and efforts made to begin to remedy the problem. In the 10 years since the show, the Gibbes has added 28 works by black artists to its collection, and it’s on the lookout for more.

All of this is because of Wilson, Mack said.

After high school, Wilson got his bachelor's in fine arts from State University of New York at Purchase, then found a job as a guard at the Neuberger Museum on campus. That was eye-opening, he said.

“You stand there. People really don’t see you. ... You’re just a part of the background.” And you can observe how others observe, he said.

In the 1970s, he found work as an educator at various New York City museums. That made him something of an insider, privy to the habits and predispositions of these institutions, and to the interests (and biases) of his museum-going students.

“In my adult mind, I became more aware of what they were looking at and why,” he said.

In the late 1980s, Wilson created “Rooms with a View,” an installation of “mock museums” that revealed how institutions perpetuate racism. He had found his voice.

“It’s just thrilling to me that it has made such an impact,” he said of his work. “I had no idea (what the impact would be) at the time, I just had a need and desire to speak back to the institutions, and see them reveal themselves. They were completely blinded to what they were doing and what they were saying to the public.”

In 1999, he won a MacArthur Foundation genius grant, $350,000 paid over five years. Soon after, he bought an art studio in the Williamsburg neighborhood of Brooklyn. It helped stabilize his life, he said.

Early in his career, Wilson became a sought-after adviser and has served on several museum boards. For more than a decade he has occupied a seat on the trustees board of the Whitney Museum of Art. He said museum staffers always share fresh ideas and trustees are always supportive, “but sometimes the discussion does need to be expanded.”

Wilson recalled one productive conversation about diversity and the definition of “American.” He said it’s important for institutions to embrace change and inclusiveness. As their programming becomes more diverse, they attract a wider range of patrons, donors and board members.

“All museums come around to this,” he observed. “It’s taken my entire lifetime.”

Mack said she couldn’t agree more. The Gibbes has been making strides to broaden the story it tells about Charleston and the South. Examining the narrative through art, with fresh perspectives, can produce surprising and satisfying results.