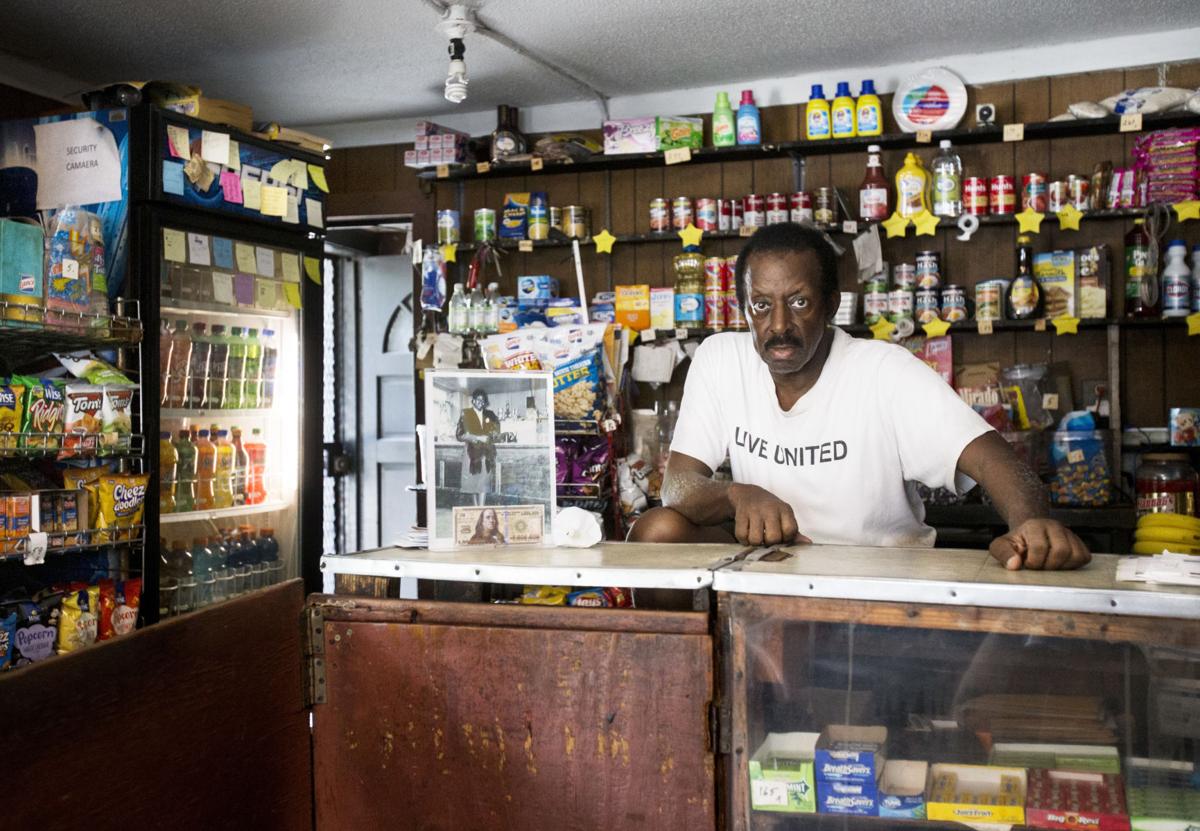 Joseph Watson behind the counter of his sweet shop in Hampstead Village. Watson's mother, Mary, opened the store as a restaurant 61 years ago. Gavin McIntyre/Staff 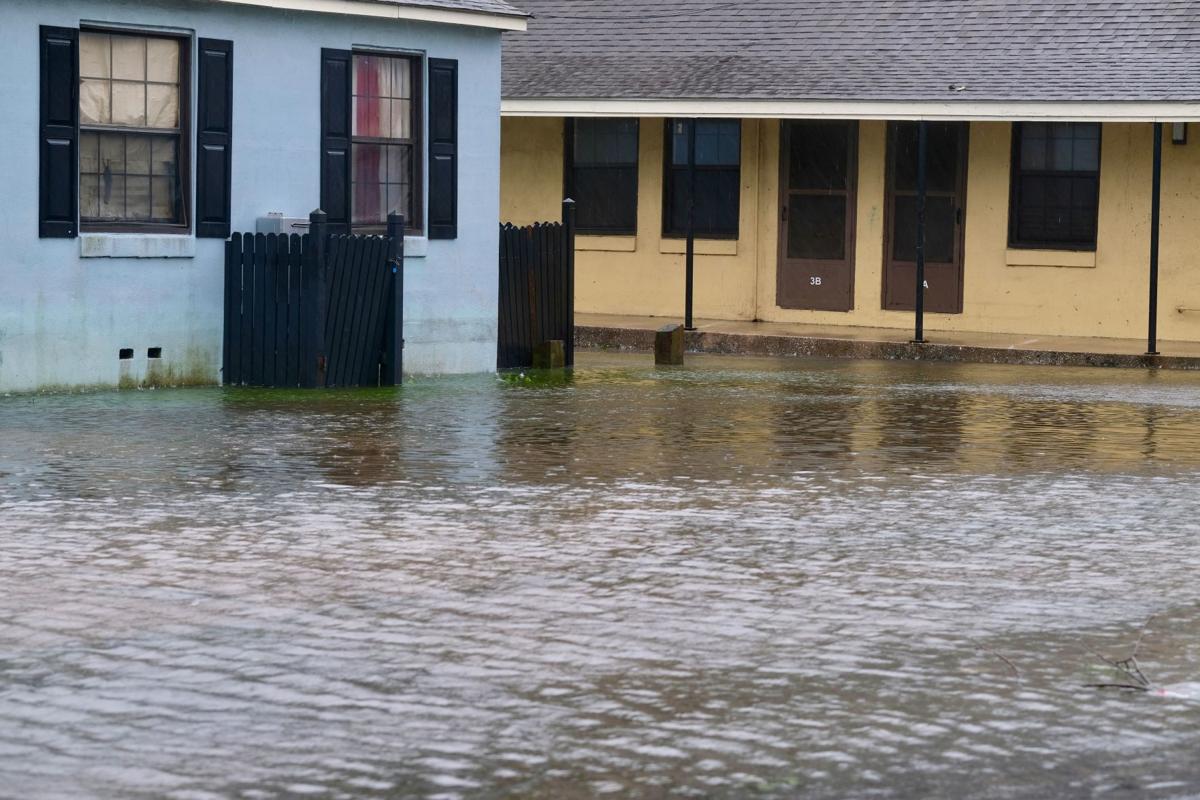 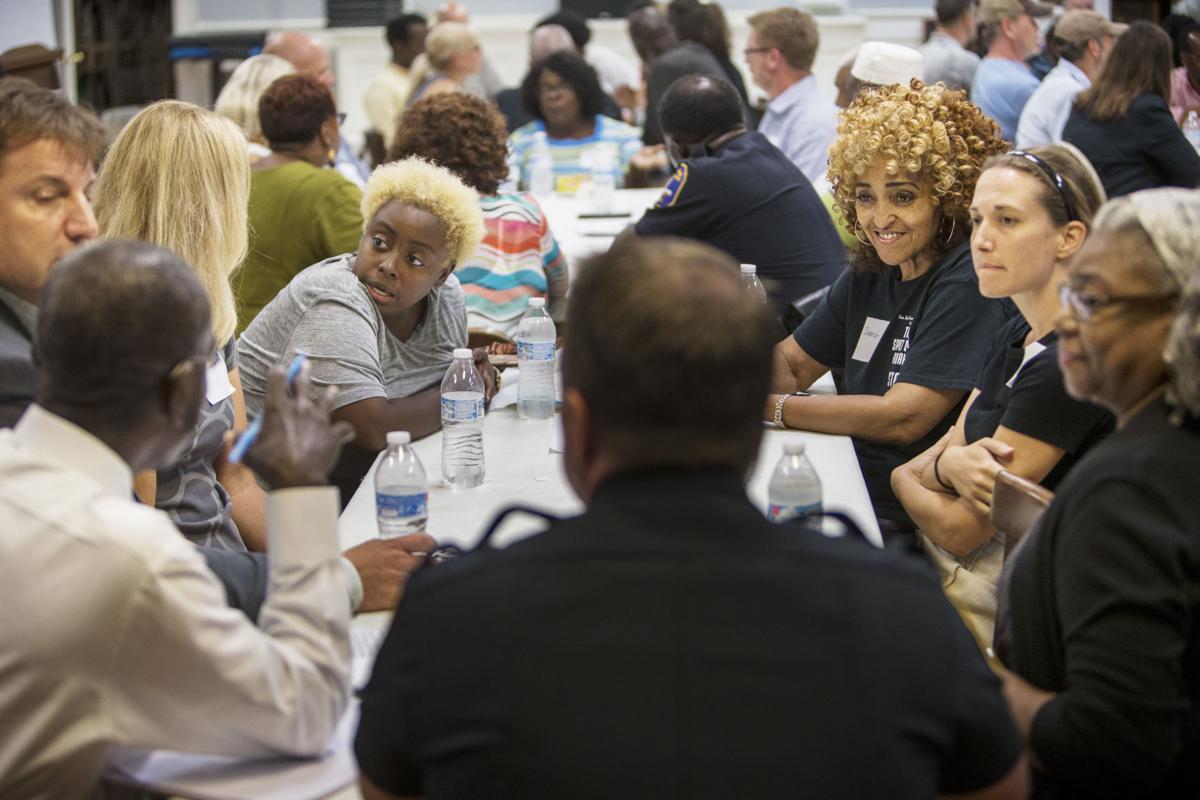 Members of Charleston's East Side community address issues and tension in their neighborhood during a meeting at Second Presbyterian Church on Monday Sept. 9, 2019, in Charleston. File/Gavin McIntyre/Staff 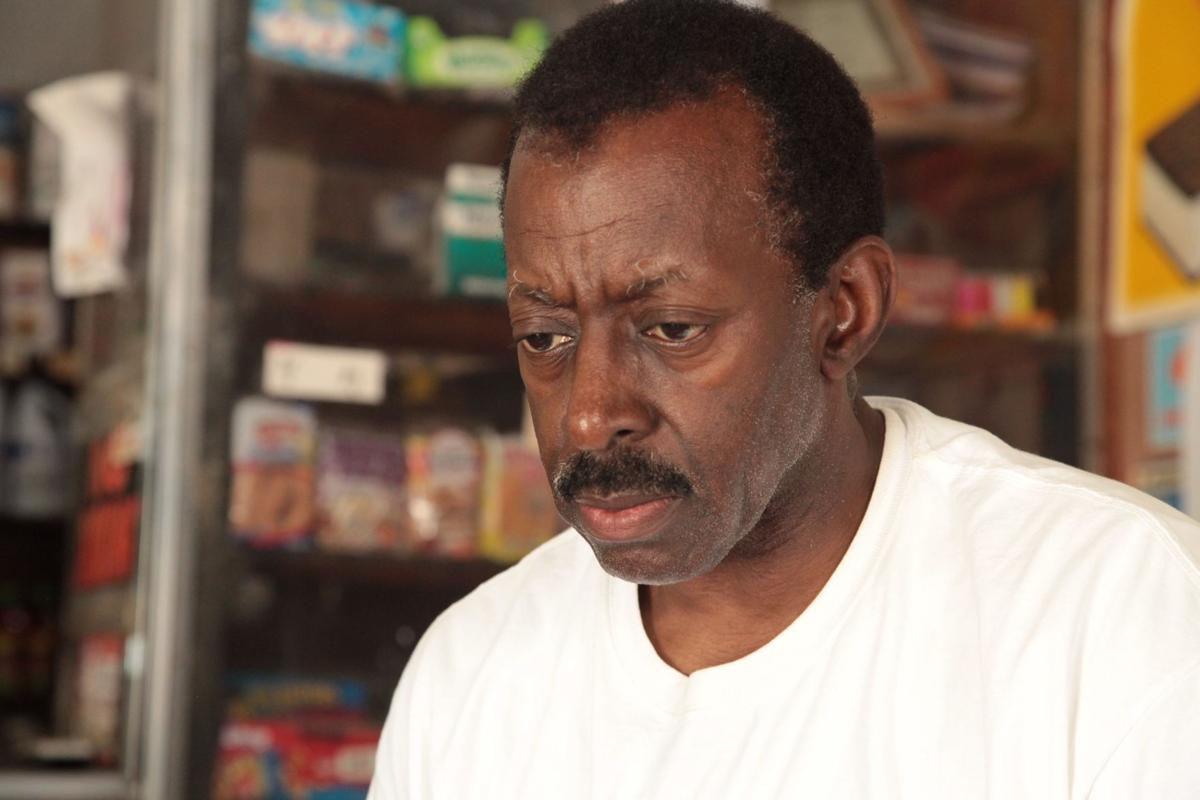 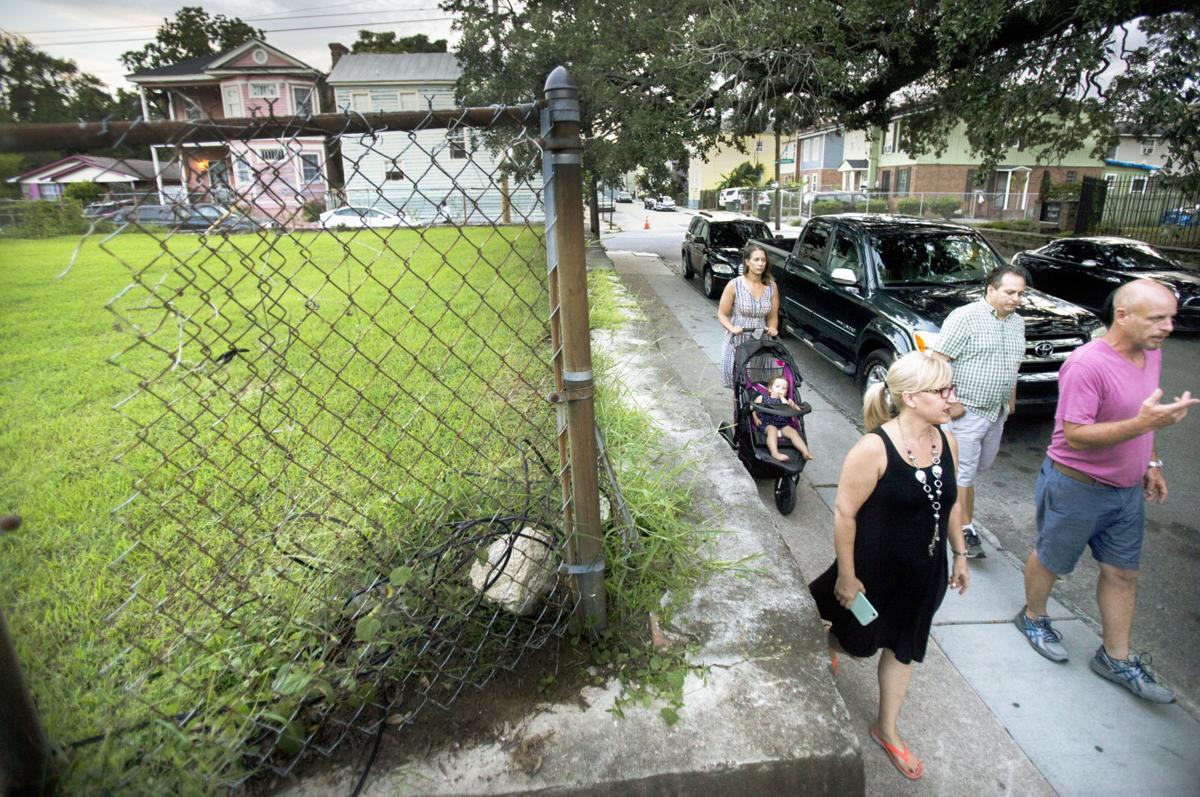 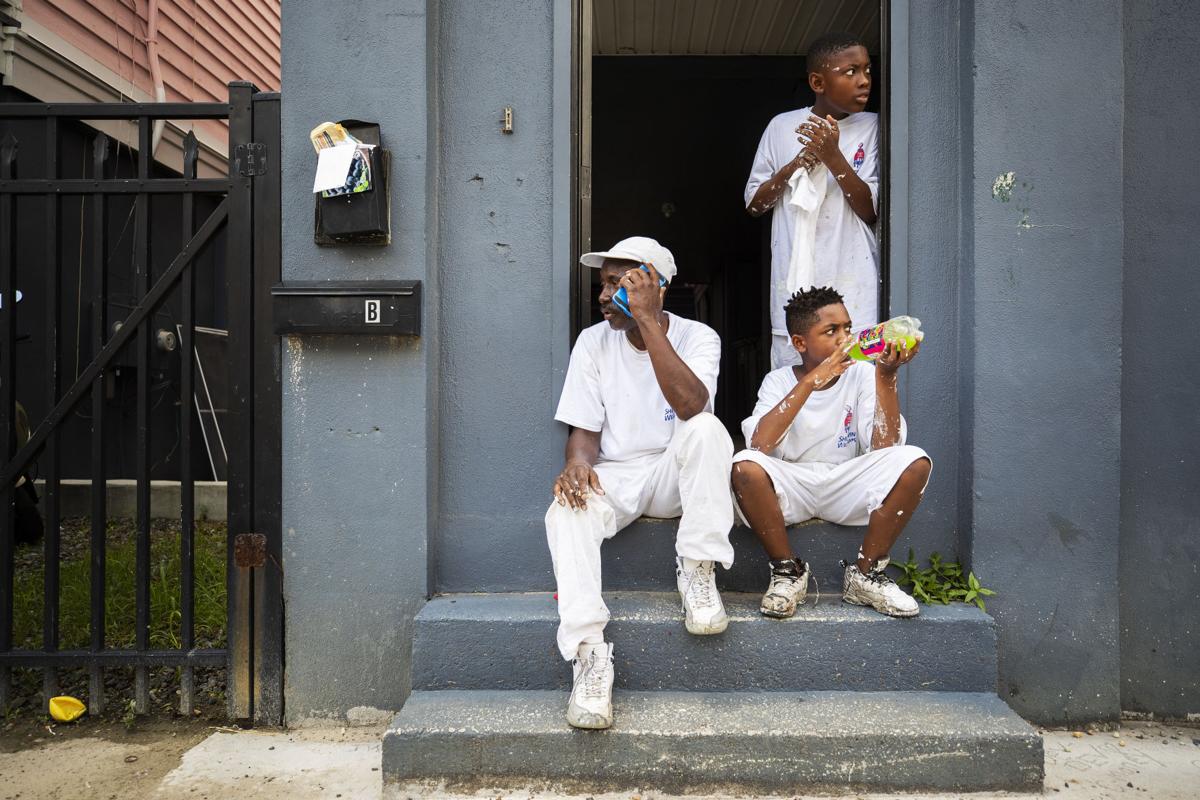 Billy Green sits with his great-grandson, Terrance Green, and great-grand nephew, Javion Law, in the doorway of a house they are working on in the East Side neighborhood  Thursday, July 11, 2019. File/Lauren Petracca/Staff 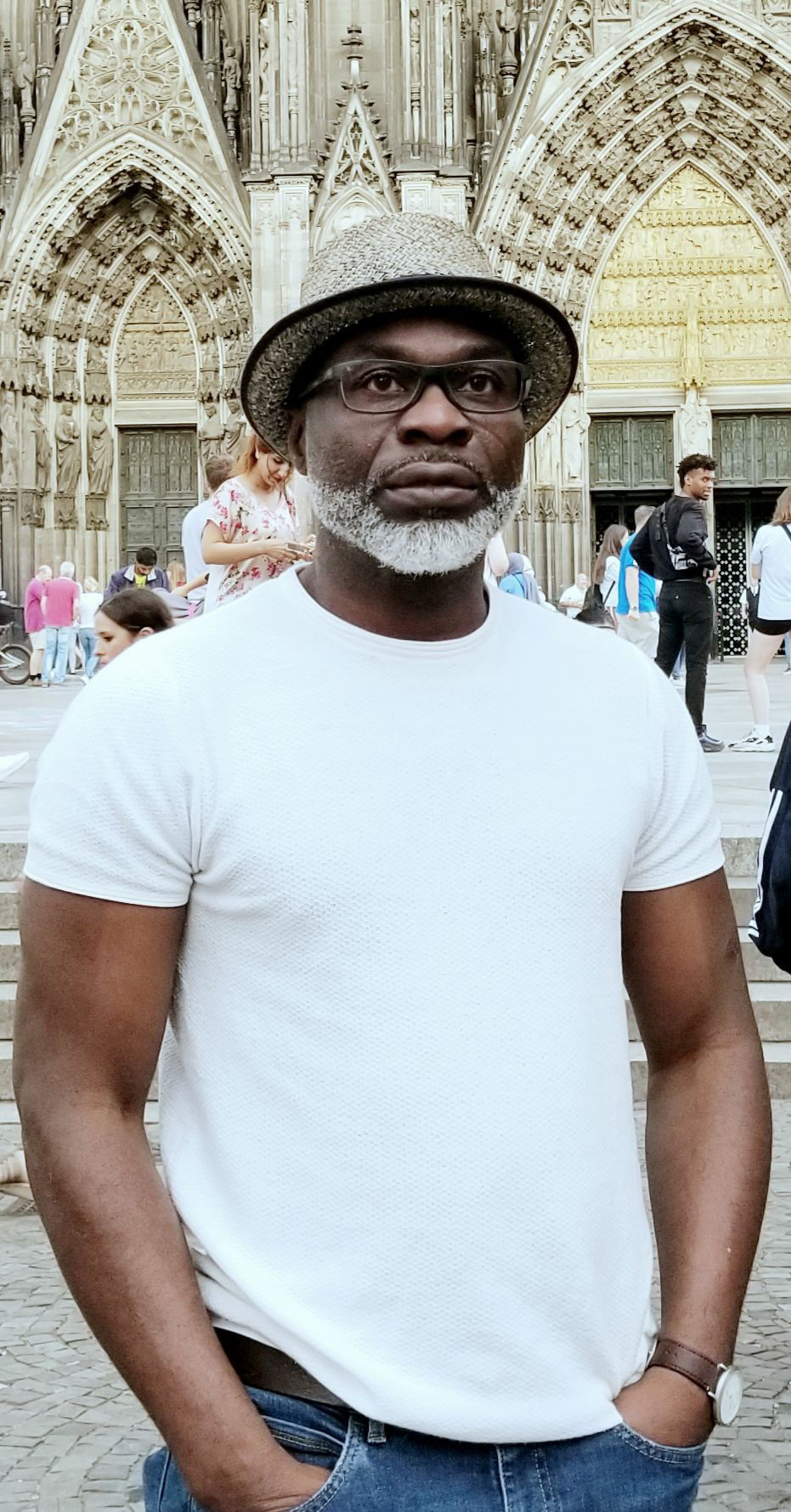 We know it as the East Side — the residential neighborhood located roughly between Meeting and East Bay streets, and between Huger and Mary streets. But that label is a pejorative, according to Charleston historian Nic Butler, who lives there.

The term gained currency in the 1960s, once the area became predominantly populated by black residents, and reflected the view that the neighborhood had become an isolated ghetto, Butler wrote in an essay published Oct. 18 by the Charleston County Public Library.

“That discriminatory mentality quickly eroded its two centuries of identity as a mixed-race, working-class village,” he wrote.

Before the 1960s, the neighborhood was called Hampstead Village. And its 250-year history of booms and busts provides examples of municipal neglect and prejudice, as well as impressive local enterprise.

In recent decades, Hampstead Village has been the site of unmitigated flooding, drug transactions, shootings, neglect and decay, but also community and municipal efforts to preserve its character and improve its outlook. Recently, it has attracted college students and others looking for affordable housing on the peninsula. This demand for real estate has prompted some homeowners, developers and contractors to make improvements to the neighborhood.

And with improvements come charges of gentrification and displacement.

A new documentary, “America Street,” tackles these issues head on. Made by Idrissou Mora-Kpai, a filmmaker and professor teaching at Ithaca College in New York, the movie features 69-year-old community activist Joseph Watson, owner of Mary’s Sweet Shop at the corner of America and Amherst streets. Filmed in 2015, when Mora-Kpai and his wife, Jeanette Jouili, were living in Charleston, “America Street” takes into account the killing of Walter Scott that April and the attack at Emanuel AME Church that June.

A free screening, organized by the Halsey Institute of Contemporary Art and various College of Charleston departments, is set for 7 p.m. Friday, Nov. 1, at the School of Sciences and Mathematics, 202 Calhoun St.

Mora-Kpai and Jouili, who are natives of Benin, Africa, came to the city in 2013 when Jouili got an appointment at the College of Charleston and as the filmmaker was seeking a break from academia to finish a previous film.

After about three months, he sensed an opportunity to make a new documentary, one that could benefit from his unique perspective as a black African, he said. Mora-Kpai was struck by lingering socioeconomic issues related to Charleston’s racial history. He wanted to focus on contemporary challenges faced by the black community, he said.

He had a broad concept, but not much more. When he met Watson, the filmmaker realized he had found his protagonist. Watson was knowledgeable, engaged with the issues, well-respected by his neighbors, welcoming and charismatic.

“I was so captivated by his intelligence,” Mora-Kpai said. “(He) is full of wit and human worth, a lot of compassion.”

Mora-Kpai decided he would make an observational documentary, one that mostly showed rather than told. But he did interview the late Muhiyidin Moye, a local Black Lives Matter activist, as well as artist Jonathan Green and Latonya Gamble, president of the East Side Community Development Corp., among others.

“We need to analyze the situation deeply to understand what is happening,” Mora-Kpai said, referring not only to the violence of 2015 but also to the significance of property ownership, what makes a community cohesive and what tears it apart, how public education is failing black kids and more.

The year Mora-Kpai was filming his documentary, another movie called “America Street” was released. This one, by local filmmaker Travis Pearson, was a drama that addressed similar issues. It was meant to portray how, since the 1960s, the neighborhood has changed in some ways, yet has remained mired in urban decay.

“That was the whole purpose for me making my film in a fictional way,” Pearson said. “‘America Street’ is a symbol of Charleston, and America. I just want people to know how important the East Side is, especially to the African American community.”

Now Pearson is hoping to transform his feature film into a television series that can tell meaningful stories about black people and their experiences.

'Make the most of it'

Butler said the 1960 census revealed that Hampstead Village had become predominantly black for the first time.

If Charleston's East Side neighborhood feels divided, how will it move forward?

“And that’s pretty much when the city gave up on the neighborhood,” he said. “The decline was not the fault of the residents of the neighborhood; that decline was due to prejudice and discrimination and a flagging economy. In the 1960s, people in the neighborhood were trying to figure out ways to improve (it), but the cards were stacked against them.”

In the nearly 200 years preceding the apex of the civil rights movement, Hampstead Village was home to all sorts of people. It became a formalized residential neighborhood, complete with a grid of streets, after Henry Laurens bought the land from George Austin in 1769.

“The name ‘Hampstead’ is a reference to one of the most expensive and exclusive suburbs of London, and it provides a clue to Henry Laurens’ vision for his colonial village,” wrote Butler in his essay. “Situated just outside the northern boundary of urban Charleston, Hampstead was designed as a suburban enclave for affluent merchants or planters who had business in the town but sought to avoid its noisy, crowded, and dirty streets.”

A decade later, war with England caused the destruction of the first homes there, but by the end of the 18th century, “the village was reborn ... as a new and more modest sort of suburban refuge.”

As the city extended north along the peninsula, properties in Hampstead Village were subdivided to meet a growing demand for housing, and the neighborhood diversified, accommodating wealthy planters, middle-class tradesmen, free people of color and enslaved laborers, according to Butler’s research. The War of 1812 caused a new disruption, after which the neighborhood transformed again, this time featuring more and more rental units that housed laborers, black and white, enslaved and free, as well as immigrants from Ireland and Germany.

How Charleston's 6 candidates for mayor would prioritize flooding fix projects

Then came a cotton factory and hundreds of jobs in 1848, but the factory closed three years later in 1851. The city bought the building, which housed white children while the official Orphan House on Calhoun Street was renovated, then became the Charleston Alms House. In 1882, nearby, the Charleston Manufacturing Co. built a new cotton mill which, 30 years later, became the Cigar Factory.

Public transportation made its way through the area, and Columbus Street became one of the city’s main traffic arteries. As industry moved away from the neighborhood, its residents suffered. The Catholic Diocese of Charleston opened the Neighborhood House to serve the population.

Prohibition resulted in another transformation. Hampstead Village became host to gin factories, flop houses and gambling dens, Butler writes. The opening of the first Cooper River Bridge in 1929 reinforced the area’s reputation for transience and decline, but it also prompted the city to clean up a nearby open-air trash dump, replacing it with an incinerator (today the St. Julian Devine Community Center).

After World War II and the expansion of the suburbs to West Ashley and beyond, white residents seized an opportunity to flee the city's urban core. Hampstead Village lost residents, becoming mostly black. Homes, many abandoned, fell into disrepair.

Today, the demand for housing on the peninsula is high and housing stock on the East Side is available and ripe for renovation. Change once again is afoot.

“Maybe learning about the neighborhood’s past will help us move forward,” Butler said. “Rather than focus on the downturn only, let’s look at its history of ups and downs. It’s part of the cycle. Rather than complain about it, we should embrace this trend and make the most of it.”

Jacob Lindsey, director of planning for the city of Charleston, said officials have strived to protect the East Side.

“From a planning standpoint, we’ve looked at the East Side over and over to help preserve its character,” he said. “At the same time, we have called for change and growth on the streets nearby, like King Street and Meeting Street. Those are places we wanted to see growth, because they were derelict, neglected properties.”

Improvements to those commercial corridors, and to the Cigar Factory, have caused a “spillover effect” that impacts the neighborhood, but the city has been acquiring some properties, and building others, in an effort to create more affordable housing stock.

“We don’t want to limit a property owner’s ability to rightfully sell at a profit, and that’s why we work to secure properties and keep them affordable before they land in the hands of someone who’s only out for profit,” Lindsey said.

Displacement, he added, is not a result of higher taxes since state law only permits substantive property tax hikes once a primary home is sold. Rather it’s mostly a result of free market forces, the cost of repair and maintenance, private family decisions and other factors.

Joe Watson of Mary’s Sweet Shop said he was born 100 yards from the store and for decades has been a staunch advocate for the East Side. He counsels his neighbors, fights crime, attends community meetings and volunteers at the Charleston Development Academy, a public charter school on Line Street.

Over the course of his life in Hampstead Village, public schools have closed, people have moved away, nearby jobs have disappeared and the infrastructure has decayed. But he remains as active as ever.

“Some have to stay focused on how to make improvements, how to inspire young people,” he said. “That way, the village actually educates the child, not just the parents, and not just the school.”

Watson said he is both troubled and encouraged by recent change. The people of Charleston have restored their neighborhoods again and again after economic downturns, earthquakes, wars and storms. Now, too, the people of Hampstead Village must work together, with support from the city, to restore and sustain their historic neighborhood.

“I don’t look at whether it is hard,” Watson said. “It’s what’s necessary.”

WHERE: College of Charleston's School of Sciences and Mathematics Auditorium, 202 Calhoun St.