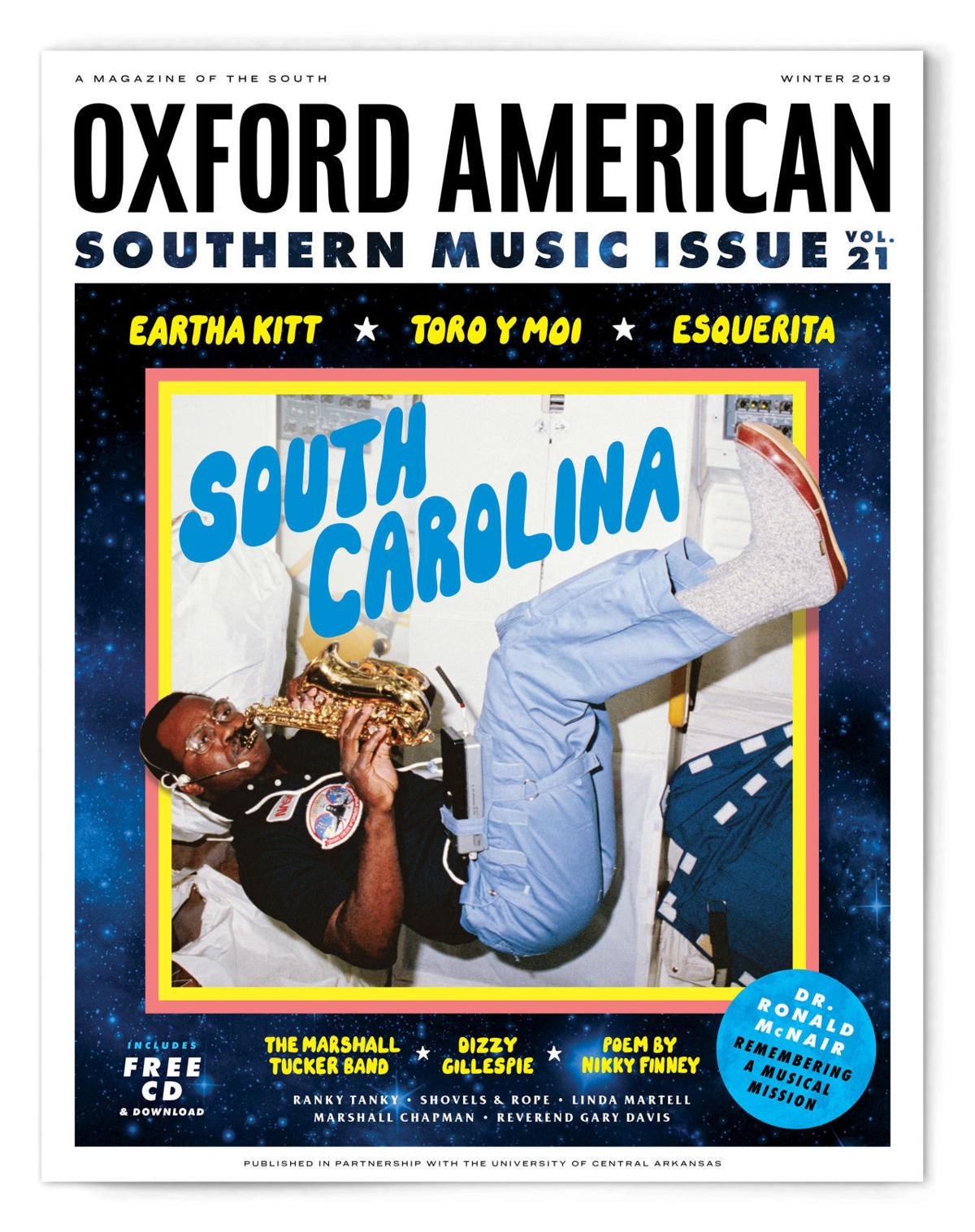 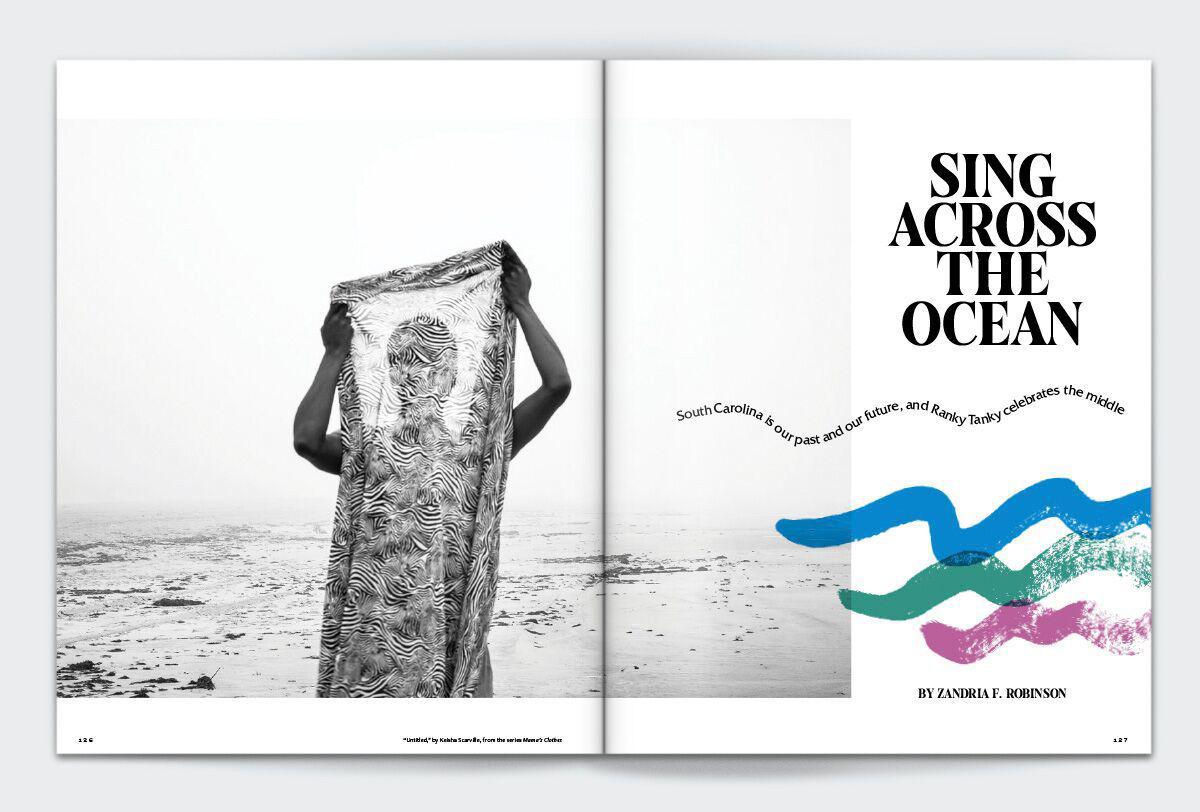 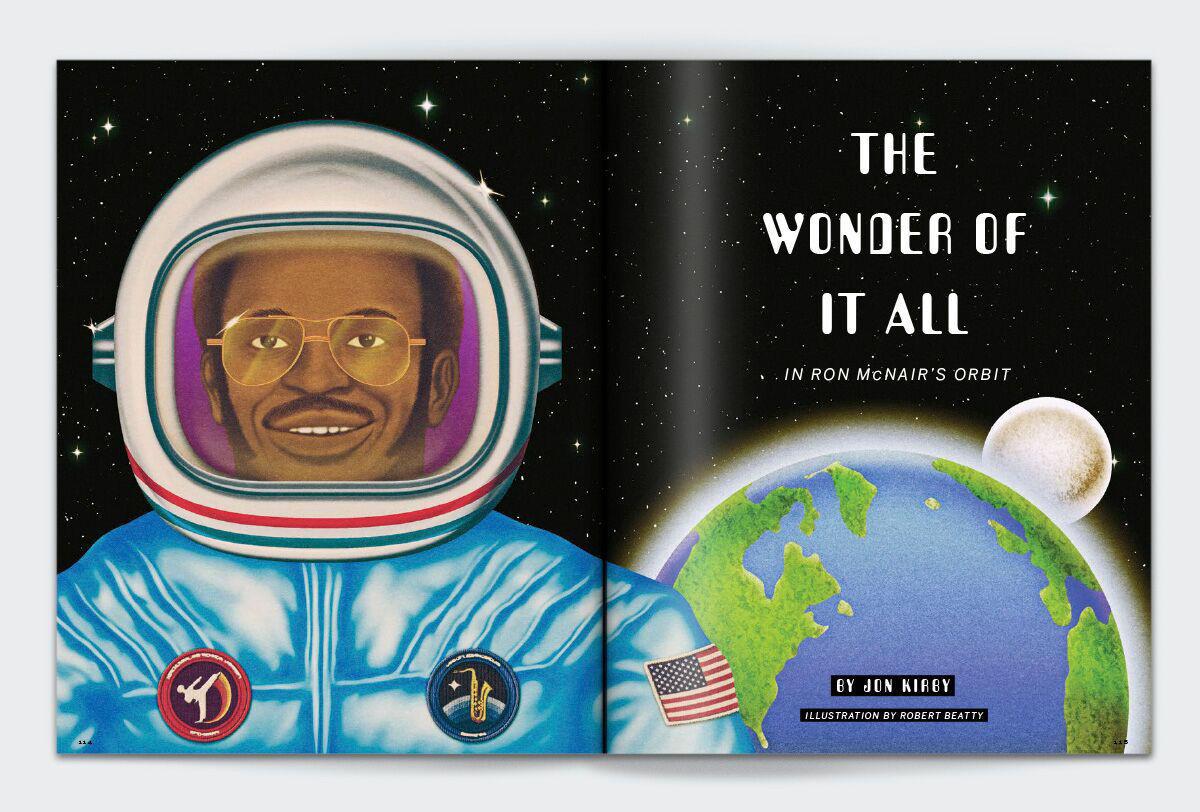 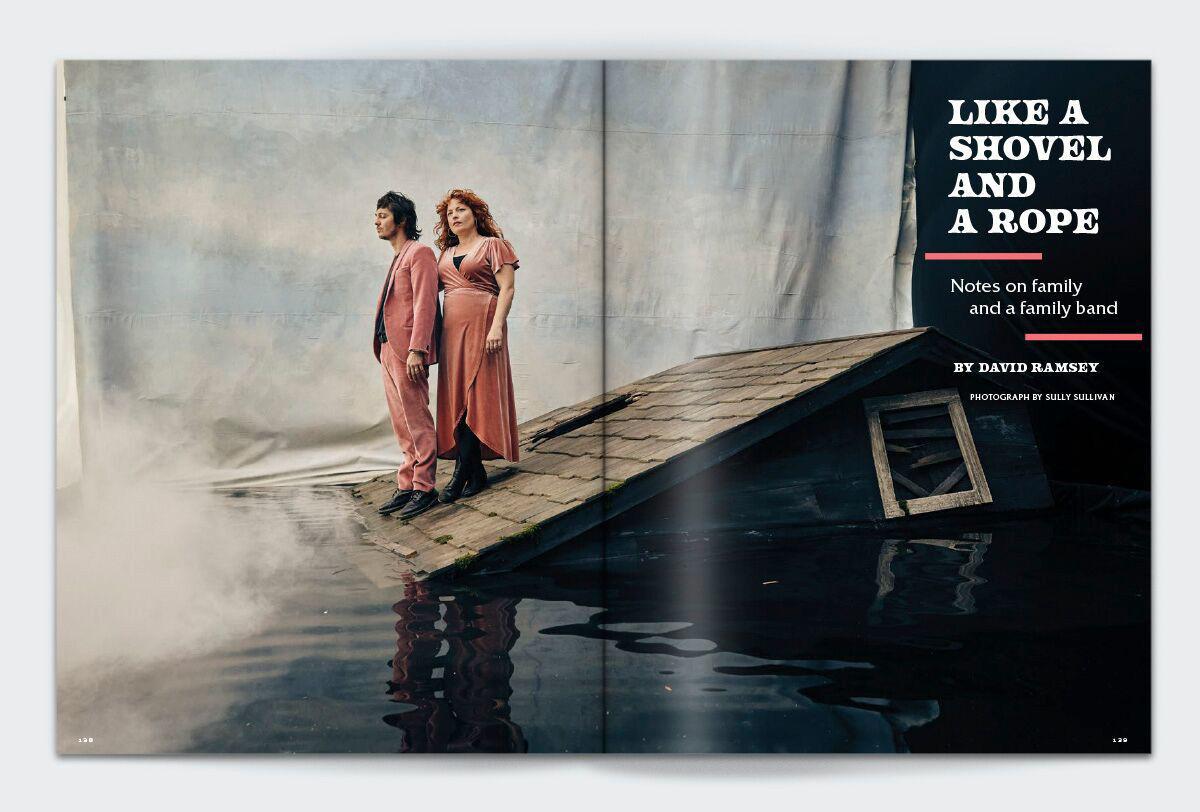 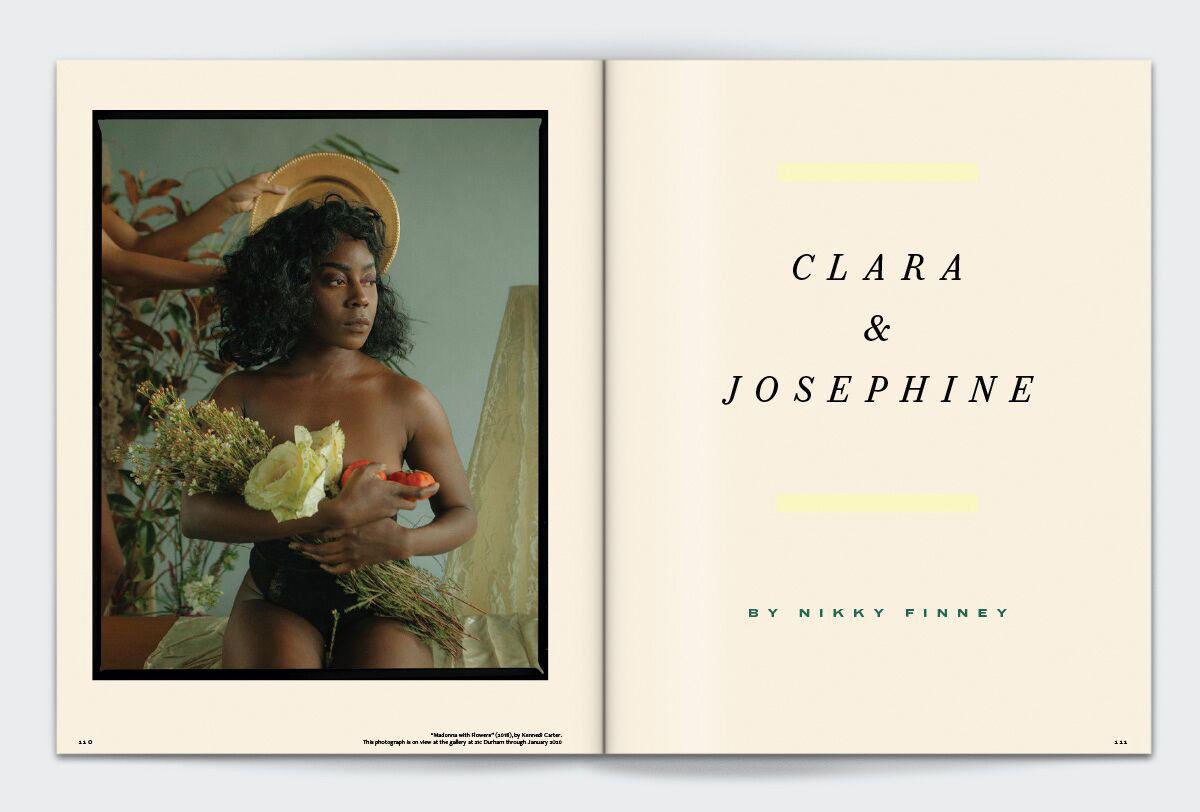 A South Carolina Thanksgiving claims its own proud flavors. It is sweet and earthy as a yam, as salt-smokey as a roasted oyster and as dense and layered as Frogmore Stew.

Such homegrown bounty calls for a similarly Carolinian soundtrack, too, one that burrows into our state’s soil and circumstances to pull out the distinct and juicy musical fruit, from spiritual to soul, from Southern rock to alt-rock, from bebop to the blues.

This should do the trick. The Oxford American magazine’s annual Southern Music Issue has at long last homed in on South Carolina. Now on newsstands, the Winter 2019 issue represents its 21st take on the topic, having long achieved cult status among music lovers and Southerners alike.

I’ve been waiting for this for about a decade, when I started seeing the likes of Louisiana, Mississippi, Texas and North Carolina rolled out in its state-themed editions.

And I’m not just buying it for the frequently inspired writing that effuses on tunes. The magazine comes packing its own modern-day mixtape of South Carolina music, in the form of both a CD and a code for a download. This year’s 24-track playlist shares an impressive breadth of artists spanning decades, genres and styles. It pairs each track with liner notes and also includes deeper writerly dives.

Notes on the Oxford American

For those who until now have missed the magazine (and you’ve been missing out), the Oxford American is a nonprofit publication out of Little Rock, Ark. (having relocated there a few years back from Oxford, Miss. and retaining its original name).

In her October issue letter, editor Eliza Borne summed it up as existing “in an undefined space between literary journal and glossy general-interest magazine,” which sounds about right.

"What we're striving to do is top-shelf storytelling that is voice-driven and that elevates the individual passions and perspectives of the writers we work with," adds deputy editor Maxwell George. "We really try to make this a writer's magazine."

For the better part of this year, George and company have been ears-deep in South Carolina. They have been working to select and secure the music. They’ve been compiling and curating the tracks. They’ve been enlisting a slew of serious-up scribes to do justice to the featured artists through liner notes and essays.

"We've been making our way across the South," said George on the selection of South Carolina for this year's issue, but notes underlying narrative factors such as the 400th anniversary of slavery in America that have been getting so much attention this year.

The result is an earful and a mouthful, a meaty sonic feast of musical and literary voices. Oh, and it's an eyeful, too, with work by South Carolina artists and photographers including Sam Doyle, Katherine Dunlap, Irene Tison, Sully Sullivan and Ruta Smith.

It’s one that George said makes no claims of being comprehensive, but instead is a sampling, culled mainly from independent labels since the big ones are out of reach.

To that end, Spartanburg-born singer-songwriter Marshall Chapman pens her own liner note on the genesis of her track, “Guitar Song,” a love song to her own instrument that broke a writing slump.

Mount Pleasant’s singular and deeply mourned Charlie McAlister gets play for his song “Paradise,” with writer Liam Baranauskas unpacking the “alienation by design” that informed the artist’s sounds and shenanigans. The eclectic list goes on, begging the question of how it was curated.

"The way these issues come together is not a top-down editorial plan," said George. "It's very much us reaching out to folks on the ground, people in South Carolina, writers and musicians and people in the music community," adding there is also reading of state publications to fill in, curating it in response to what comes back.

There is a level look at cultural appropriation by way of writers Blain Roberts and Ethan J. Kytle, who track the complex path of the Plantation Echoes, an African American spiritual group whose 1937 song “My Father Is a Witness, Oh, Bless God” makes the compilation. They followed in the wake of white spiritual troupes who employed minstrelsy to appropriate the music of the enslaved.

Alice Wine, the Johns Island singer, gets her due. She supplied songs for Freedom Movement folk icon Guy Carawan, such as the 1960 “Keep Your Eyes on the Prize,” but is often left out of the conversation.

There are jubilant assertions of reclamation, by way of Charleston’s Ranky Tanky, as Memphis-based historian Zandria F. Robinson’s tour-de-force contribution centers on seeing the so-termed “ancestral funk band” perform at SummerStage in Central Park and tracing its Gullah trajectory from slavery to that stage.

“I realized later they was saving our lives, keeping the ancestors entertained enough so we would all, regardless of level of guilt, be spared,” she writes. As their song “Freedom,” the first track on the issue’s CD, Robinson’s essay sets the tone, too: “This funk calls for action and restoration with a wide, groovy smile.”

"They are one of the most interesting projects coming out of South Carolina right now," said George, adding that Robinson's identification of Charleston and South Carolina as a whole represent America's past and America's future. "Ranky Tanky was such a natural expression of that idea."

The local legends we’ve long claimed get play, too, if in words, not tracks. George takes on Dizzy Gillespie in his heyday as king of bebop, all “Bent horn. Soul patch. Black frames. Beret.” Writer Latria Graham celebrates Eartha Kitt’s “signature purr — and the heartache behind the growl that audiences know so well.”

On the cover there is a Lake City legend, the astronaut and saxophonist Ronald McNair. Writer Jon Kirby recalls his orbiting the earth, curved soprano saxophone along for the ride, and his tragic death on board the 1986 Challenger.

Then there are milestones of formative years like Jump, Little Children, which writer Thomas Pierce discovered as a teenager in the 1990s at summer camp.

“It was Charleston that you heard and saw and smelled,” he writes, “a muggy evening on the sagging porch of a single house on Spring Street.”

There is the evolution of the husband-and-wife musicians Cary Ann Hearst and Michael Trent, who together form Shovels & Rope. Writer David Ramsey writes how they vaulted from Charleston to travel the country with kids in tow. And there’s Iron and Wine with Ben Bridwell in tow.

There are emergent voices, too, like Bill Wilson, who in his 70s released his first CD, and Benny Starr, a hip-hop activist who offers a ruminative offering on personal and creative resurrection.

The ones that got away

There is even an essay by a musician, Anjali of Diaspoura, on why she declined to provide the magazine with free music for use in the issue, and a soul-searching response from Borne.

Along with Diaspoura, is there any song that got away? George ruefully says yes, there is the gritty, soulful "Dead" by Carolyn Williams, which was recorded in Greenville 1967.

But, mainly, he is gratified by the undertaking.

“I love how these things kind of come together organically,” George said. "And that's what I hope is the hallmark of the Music Issue, that there's this real sense of discovery behind all the stories and music, because that's what it is for us."

And come together it does, in ways that enable us partake in its sounds while getting that turkey going, folding in all the singularly Carolina fixings, to then immerse in the state-spun stories when the meal is done.

Grab one for yourself while the getting's good. You'll be thankful you did, and even more thankful for the rich, resonant place we all call home.

For more information or to purchase the magazine at the cost of $18.95, visit oxfordamerican.org.