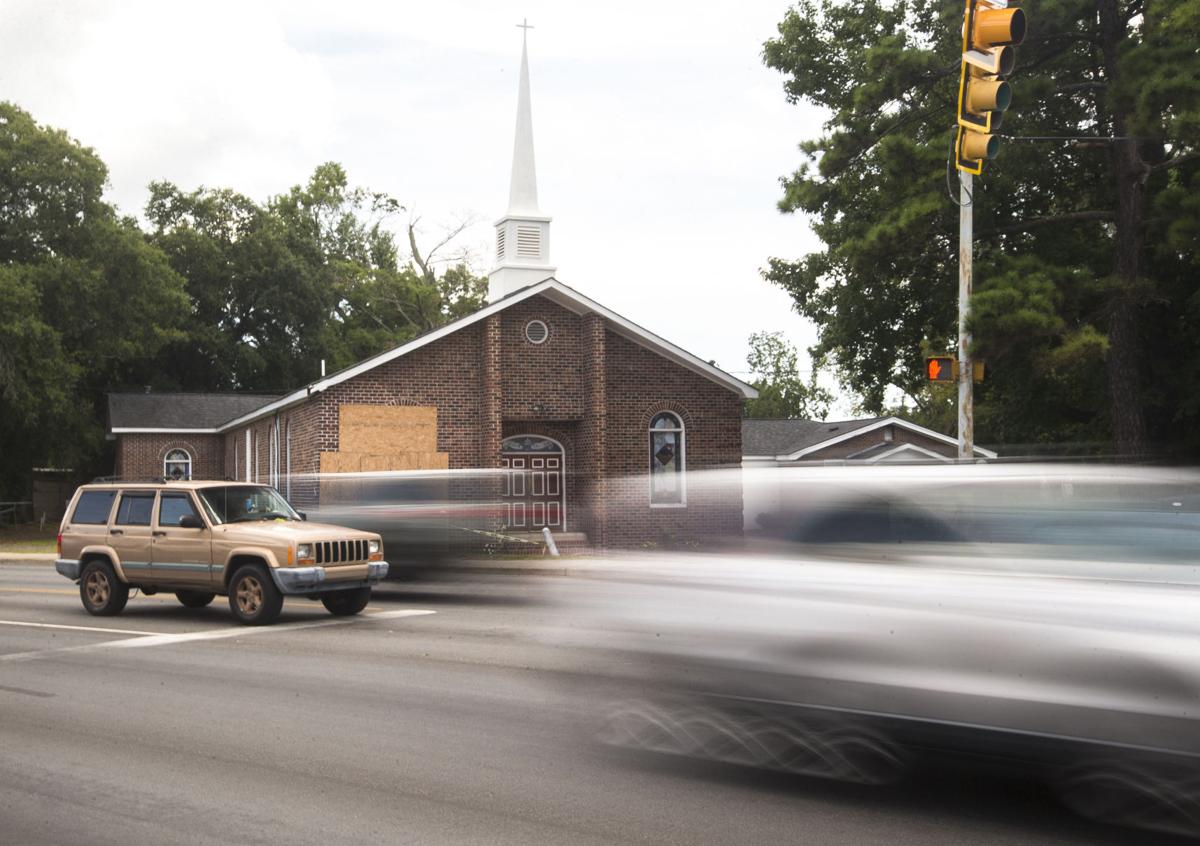 The Graham AME Church is boarded up from vehicle damage. The church, located at the intersection of Wappoo Road and S.C. Highway 61, has been hit five times in the last five years and is currently raising funds to relocate to safer spot nearby. Andrew J. Whitaker/Staff 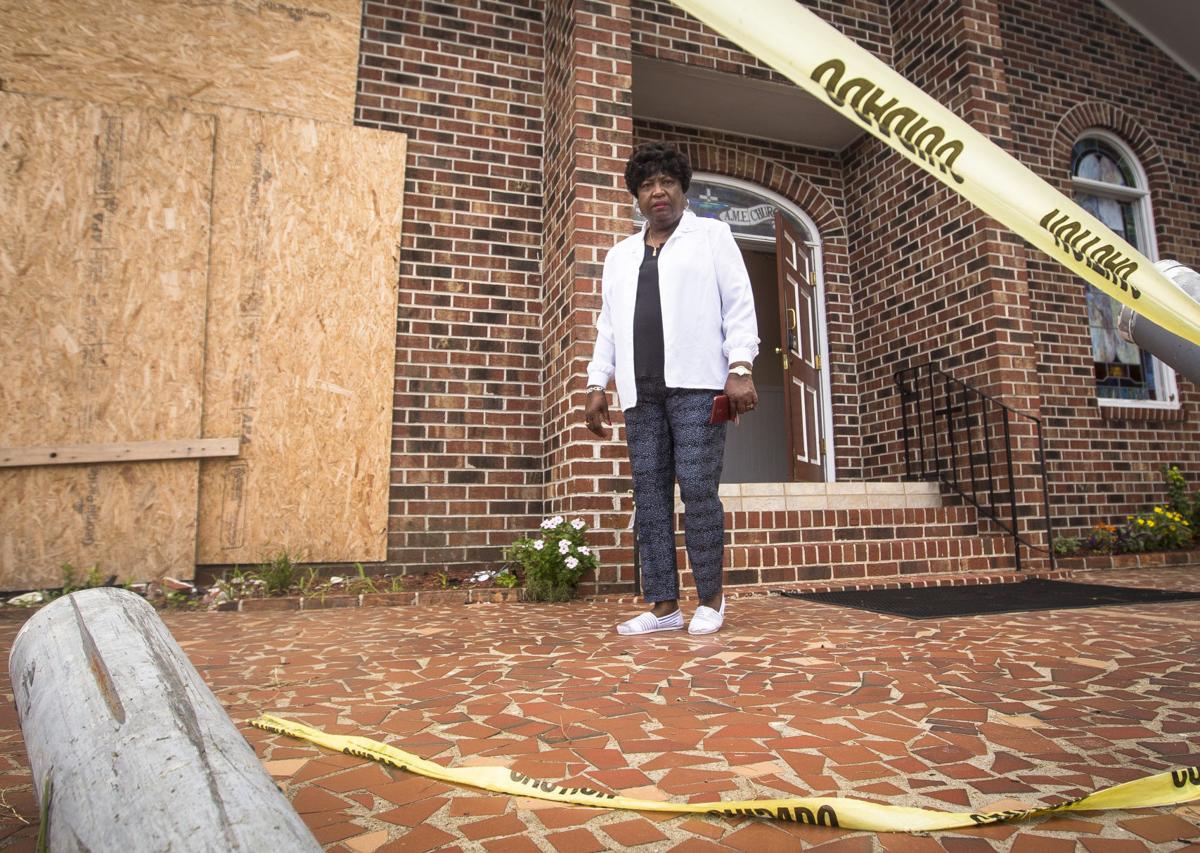 Diane Hamilton, a member at Graham AME Church, shows off the damage from a vehicle that struck her church in February. Andrew J. Whitaker/Staff 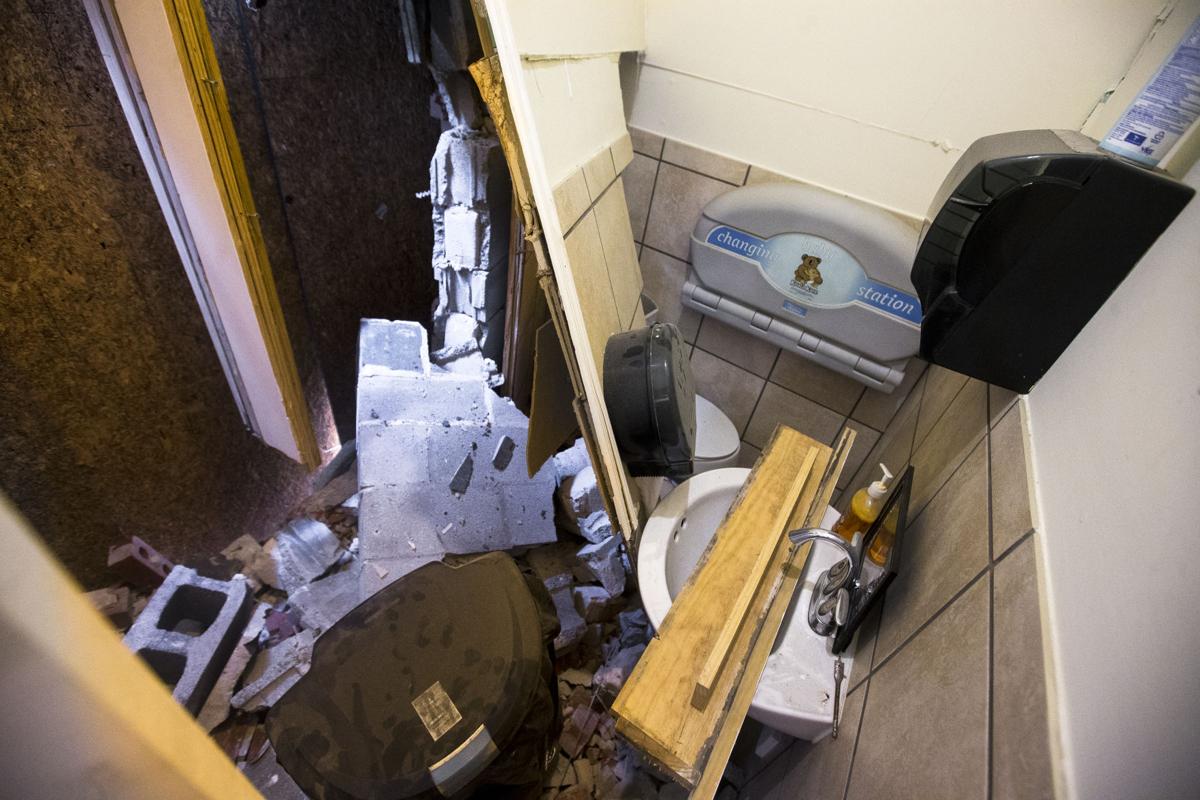 The women's bathroom at Graham AME Church is out of service due to damage from a vehicle that truck the church in February. Andrew J. Whitaker/Staff

The Rev. Wayne Gregg has had the unique experience of worrying if his Sunday morning sermons will be interrupted by a vehicle slamming into the sanctuary.

That's because Gregg's church, Graham AME, is located at the intersection of S.C. Highway 61 and Wappoo Road — a busy West Ashley crossing — and has been struck by vehicles five times in the past five years. Each time, the accident has occurred at night and no one has been injured.

The congregation has already installed some safety devices and has been working with officials to implement more safety barriers around the building. The church is also raising funds to move to a safer spot adjacent to the current sanctuary.

“What I need to do is get them off that corner," Gregg said. "There are people who feel unsafe walking around that corner to enter the front entrance of the church.”

The historically black congregation, which is just over 145 years old, previously sat on two acres of land. But in the '70s, state officials paid the congregation to take some property out front to expand S.C. Highway 61.

The work done on the building was done prior to its annexation into the city in 1993. Today, about 13 feet stands between the building and the bustling thoroughfare. If the building were to be constructed today, there'd be a 15-foot landscape buffer required by ordinance, city of Charleston spokesman Jack O'Toole said.

In one incident, stained glass windows and the women's restroom, both located on the left side of the building nearest the highway, were damaged. Insurance funds covered $50,000 in repairs.

In February, the church was struck again, leaving the women's restroom out of commission. Wooden boards cover damages on the brick facade fronted by yellow caution tape.

In conversations among state and church leaders over the years, state officials said the accidents have been the result of motorists driving while drunk or disregarding traffic signals.

County officials asked state Department of Transportation officials to install a guard rail, but the rail wouldn't stop vehicles from striking the building, DOT officials said. Department officials added that the building corner is located within the clear zone, and the church’s damage could not have been prevented in these accidents with any additional traffic control measures.

Currently, the county is working with SCDOT to improve pedestrian access and install signage around the intersection to enhance safety.

City leaders said that it'll take a collaborative effort between the church and city, county and state officials.

“I think there’s an obligation for all of us to make sure our citizens are safe on the public right of way," said Keith Benjamin, director of traffic and transportation for the city. “People should be able to come to their house of worship and feel safe."

Church member Diane Hamilton said something needs to be done to protect the structure.

“Our building is evidence that something is out of order," she said.

In the meantime, church trustees have installed steel bollards around the accident-prone site and they are examining other ways to protect the building.

Some feel the church's best option is to move to a safer spot.

The congregation has raised $12,000 so far as part of a $100,000 fundraising effort to relocate to another building nearby owned by the church. The church hopes to transform it into a fellowship hall and attach a sanctuary. An architectural firm is currently in the process of composing renderings.

That would be a welcome change since the current structure, although renovated within the past 50 years, has some termite issues and asbestos, Gregg said.

While the congregation hasn't discussed selling the current building to pay for the move, the pastor said "I’m told it's worth $1.5 million" and it would certainly help fund a new sanctuary.

Downtown Charleston church's proposed demolition back up for review

Even though the church sits in a dangerous location, the accidents haven't threatened the spiritual atmosphere. In worship services, church members still sit in the back pews of the sanctuary, near where the accidents have occurred.

Hamilton, who sits in that section, said she and others aren't fearful inside the church, mainly because the accidents have occurred at night and the damage isn't visible from inside the sanctuary.