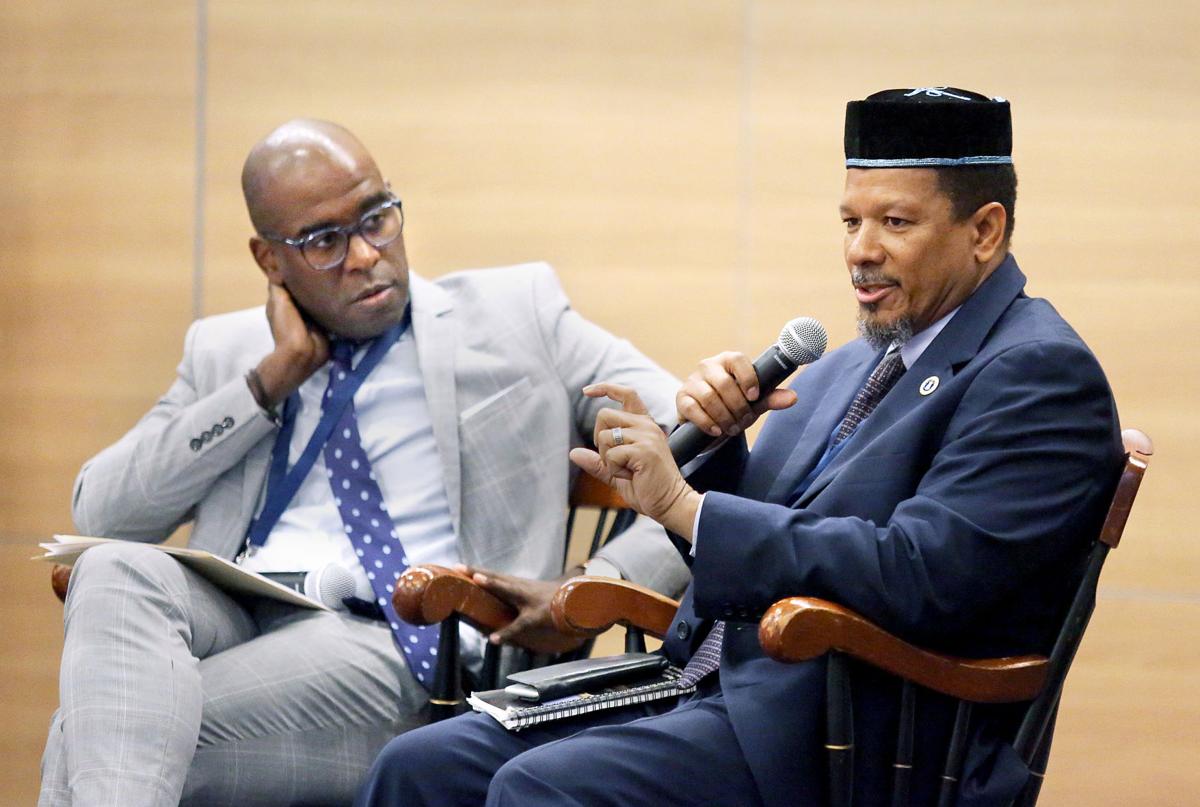 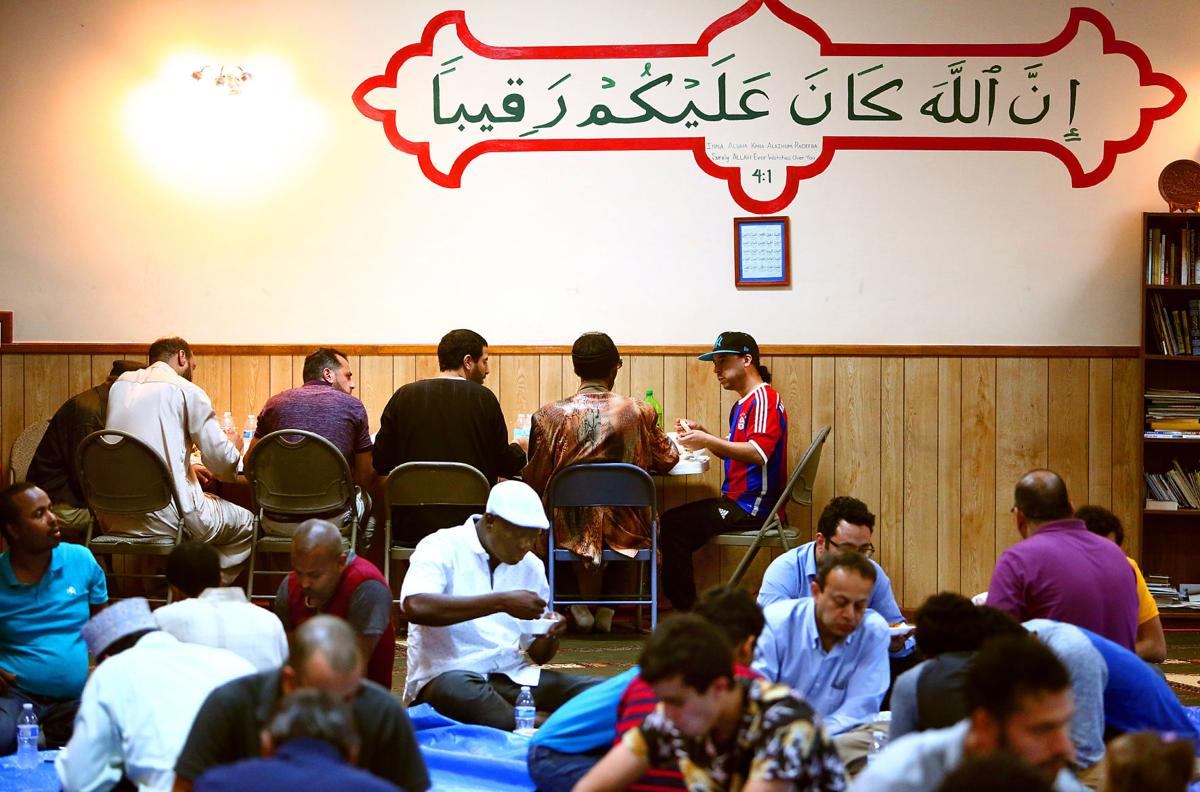 After filling their plates, men ate in the prayer hall, most seated on the floor, as local Muslims broke their fast in their observance of Ramadan at the Central Mosque of Charleston last year. 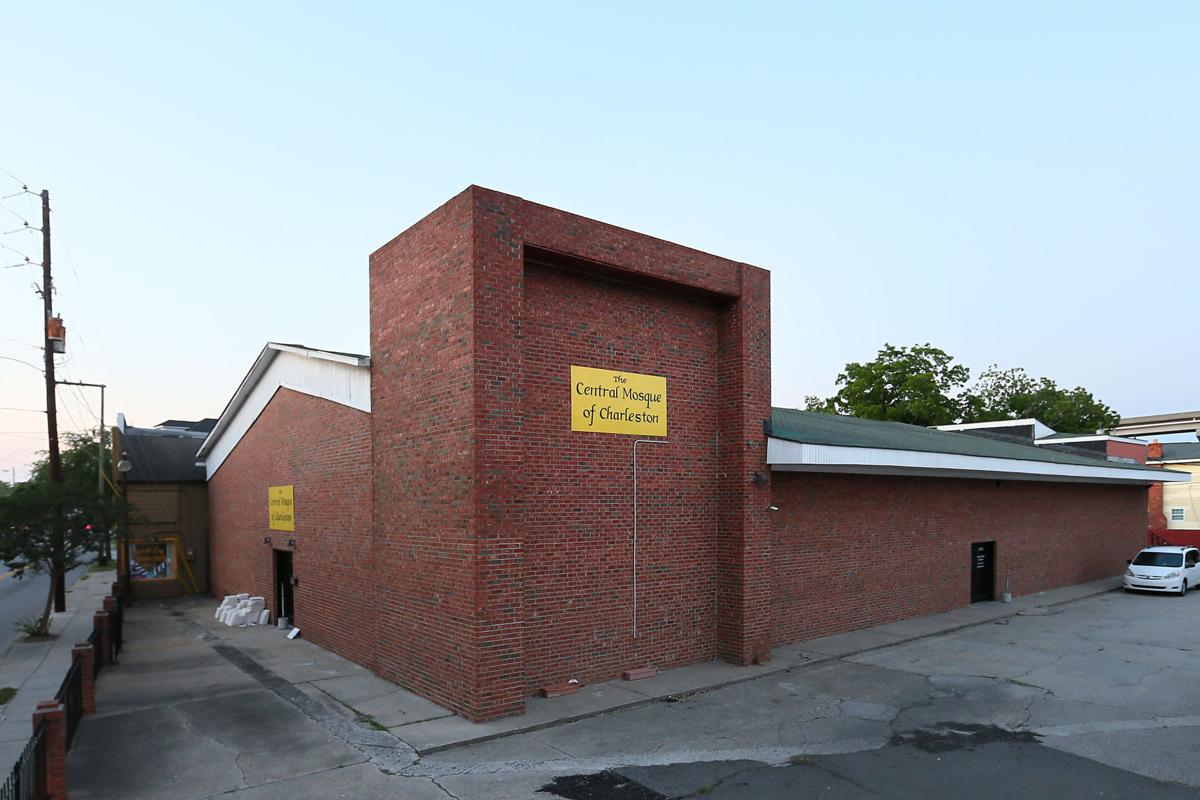 The Central Mosque of Charleston is home to many African-American Muslims.

After filling their plates, men ate in the prayer hall, most seated on the floor, as local Muslims broke their fast in their observance of Ramadan at the Central Mosque of Charleston last year.

When West Africans were forced on slave ships hundreds of years ago, many came from traditional Christian, Muslim and African religious backgrounds.

But preserving the Islamic faith proved difficult under enslavement in a predominantly Christian environment, researchers say. Today, most black Americans identify with Christianity, according to Pew Research Center reports.

"The first Muslims that came to America were enslaved Africans," said Dr. Muhammad Fraser-Rahim, who curated The College of Charleston's digital exhibit, "Enslaved and Freed African Muslims: Spiritual Wayfarers in the South and Lowcountry."

“When we think about Gullah Geechee communities, we should think about, not just Christians, but African religions and Muslims.”

Even though the Christian faith is prominent among the black population today, a recent report from Pew indicates that many African-Americans also follow Islam and often convert to the faith from other religions. The survey notes that black Muslims account for a fifth of all U.S. Muslims. About half of these are converts to Islam, a relatively high conversion rate since only 15 percent of nonblack Muslims converted to Islam and just six percent of black Christians are converts.

The Muslim faith, however, still makes up only a small portion (2 percent) of the total black population. Overall, only one percent of U.S. adults identify as Muslim.

“It’s not like we’re getting large groups running through the door," said Herbert Fraser-Rahim, the former Imam of Masjid Al Jami Ar Rasheed in North Charleston.

Still, several black Muslims in the Charleston area said they converted from Christianity over theological differences, the discipline that Islam requires, and Islam's precedence among early slave populations.

Paul Simmons, 71, converted to Islam more than 20 years ago after working as a costume designer on the set of the 1992 film "Malcolm X." He said Muslim worship practices, like prostration, and its teachings about God, made sense.

Pew's survey didn't ask responders whether they previously identified with the Nation of Islam, originally founded in 1930 and currently led by Minister Louis Farrakhan. This is an important point, the survey said, because many black American Muslims, including prominent figures like Muhammad Ali, Malcolm X and Imam W. Deen Mohammed, initially came through the Nation of Islam before leaving to associate with other Muslim groups. Some critics of the Nation of Islam, including Malcolm X before his assassination, don't consider the group a legitimate branch of Islam.

Charleston resident Aziz Aiken grew up in a Christian home, but was taught Nation precepts at an early age by his uncle. Today, Aiken attends the Central Mosque in Charleston. He no longer identifies with the political and religious group but feels it has gotten a bad rap.

"How can you judge something you've never experienced," he asked.

Others said the faith has inspired them to develop healthier lifestyles. Martha Fraser-Rahim noted dietary practices, like abstaining from pork.

“I believe Islam has enhanced my life," she said.

Moving forward, some Muslims said the faith isn't concerned about conversions. Omar Muhammad was raised Muslim. He attends the North Charleston mosque, said the faith's objective isn't for people to accept Islam as their faith.

"We’re not in the business of trying to convert anyone to become a Muslim," he said. "Our relationship is to encourage individuals to be the best Christian they can be, Muslim they can be, and if a person is Jewish, the best Jew they can be. That’s what we encourage people to do."

While the faith includes African-Americans, leaders noted its diversity.

On Friday afternoons at the Central Mosque of Charleston, white, black and Arabic Muslims pray and worship together. Afterwords, they dine and fellowship together.

"America is the melting pot," said Imam Shamu Shamudeen of the Central Mosque of Charleston. "The masjid is a good example."