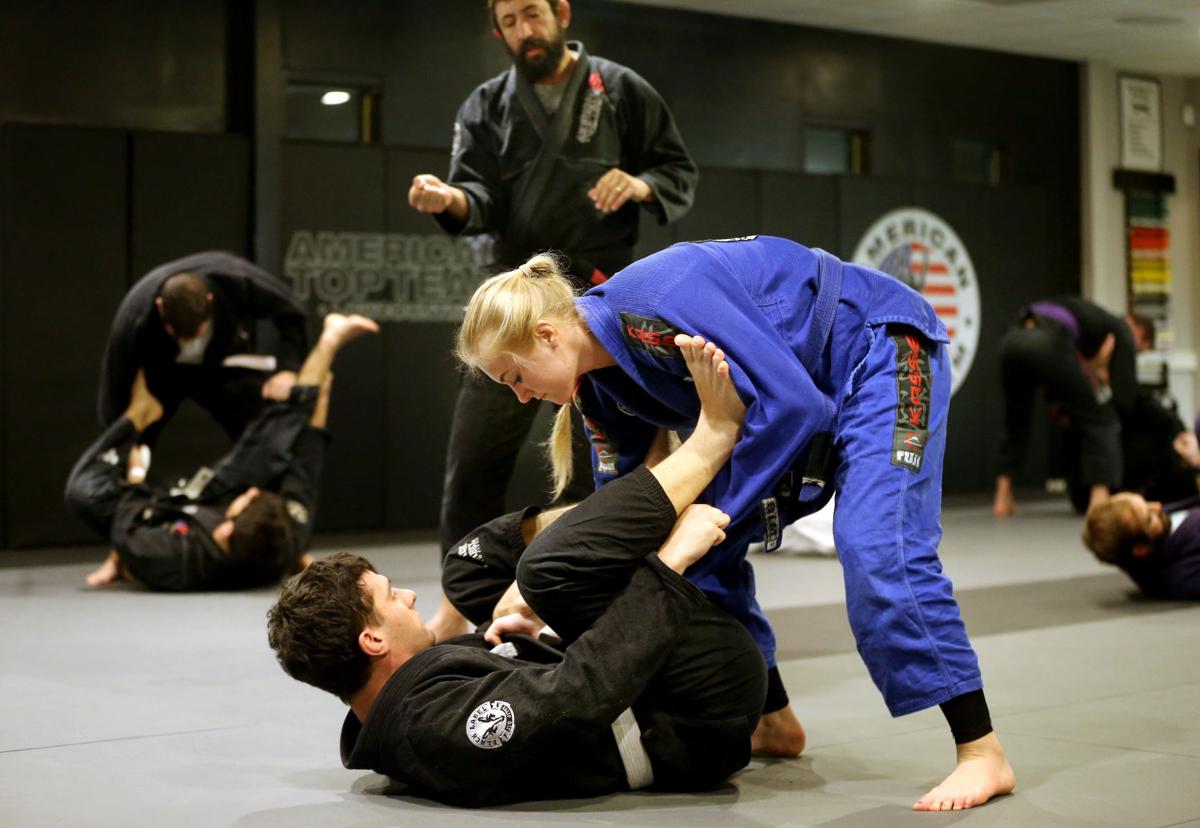 Malachy Friedman (teacher in the back) is gearing up for this weekend when his group, American Top Team, hosts three famous jiu-jitsu specialists for a seminar. Here, Friedman works with Irina Egorova and partner Michael Ryan, during a class. Grace Beahm Alford/File 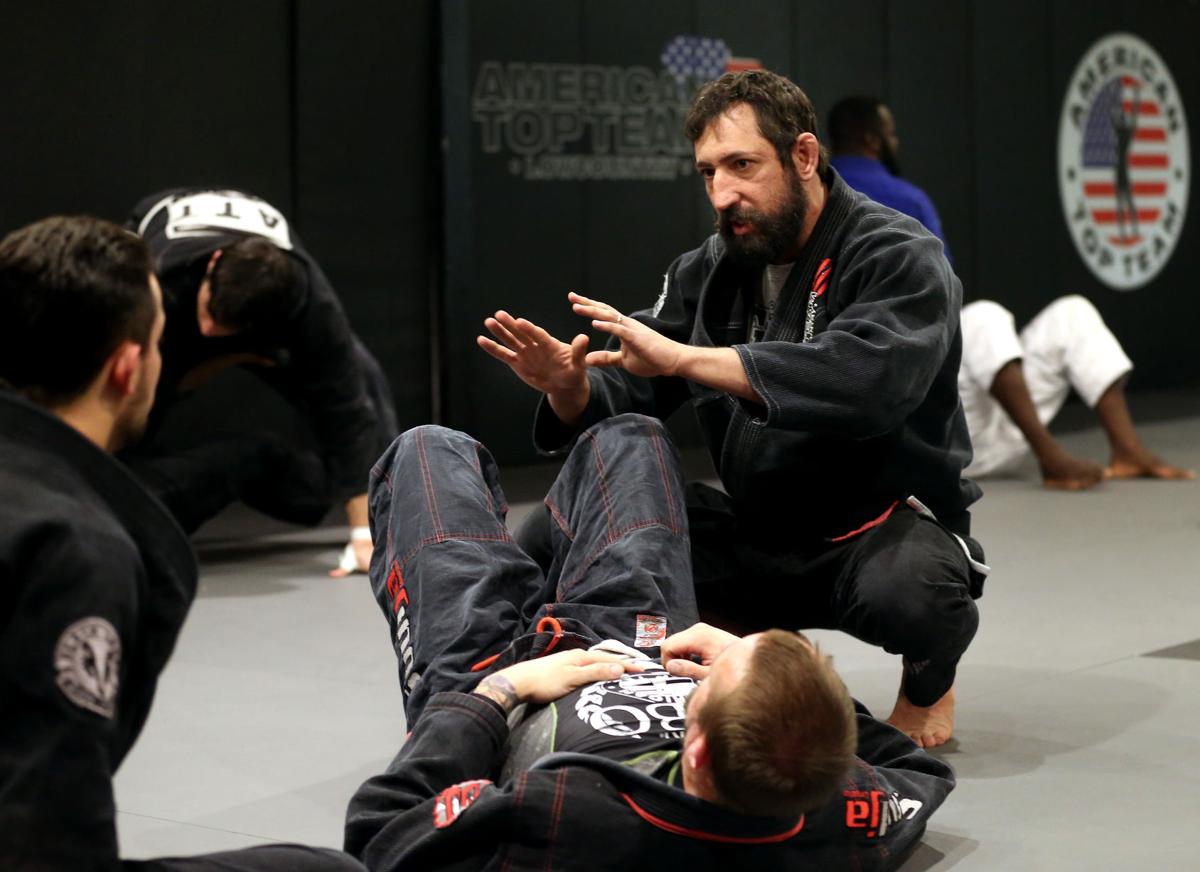 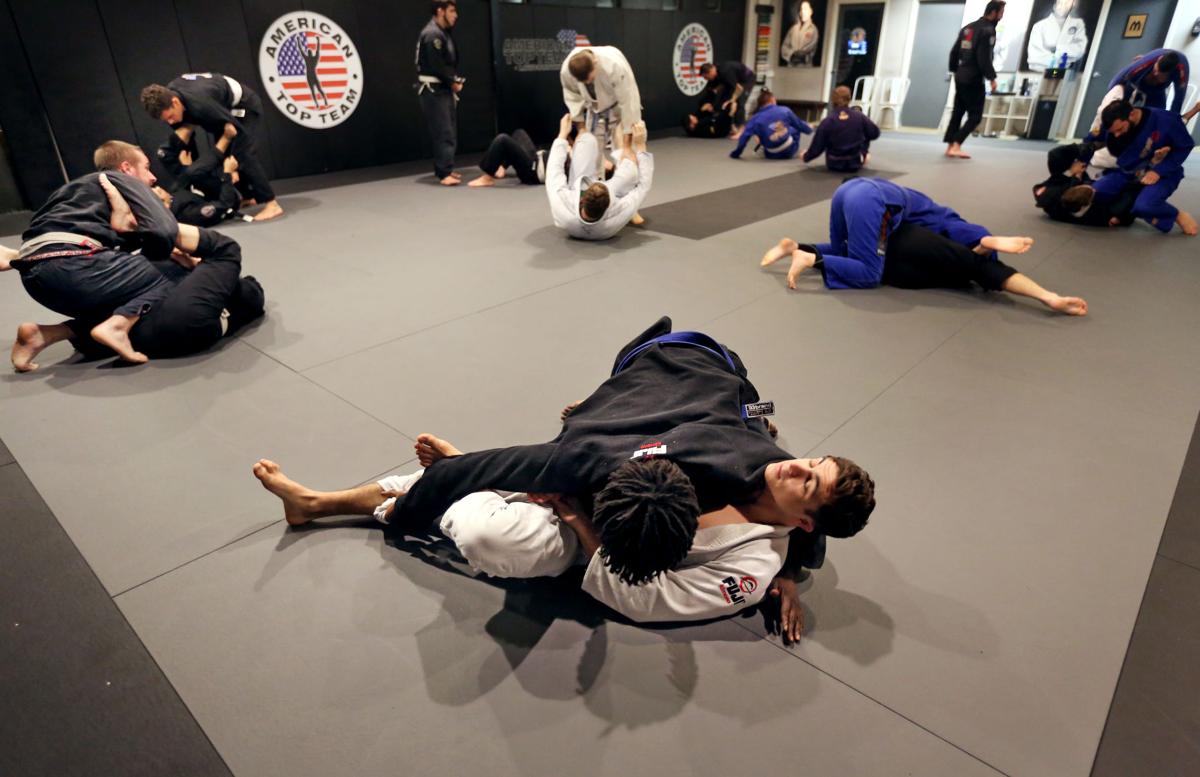 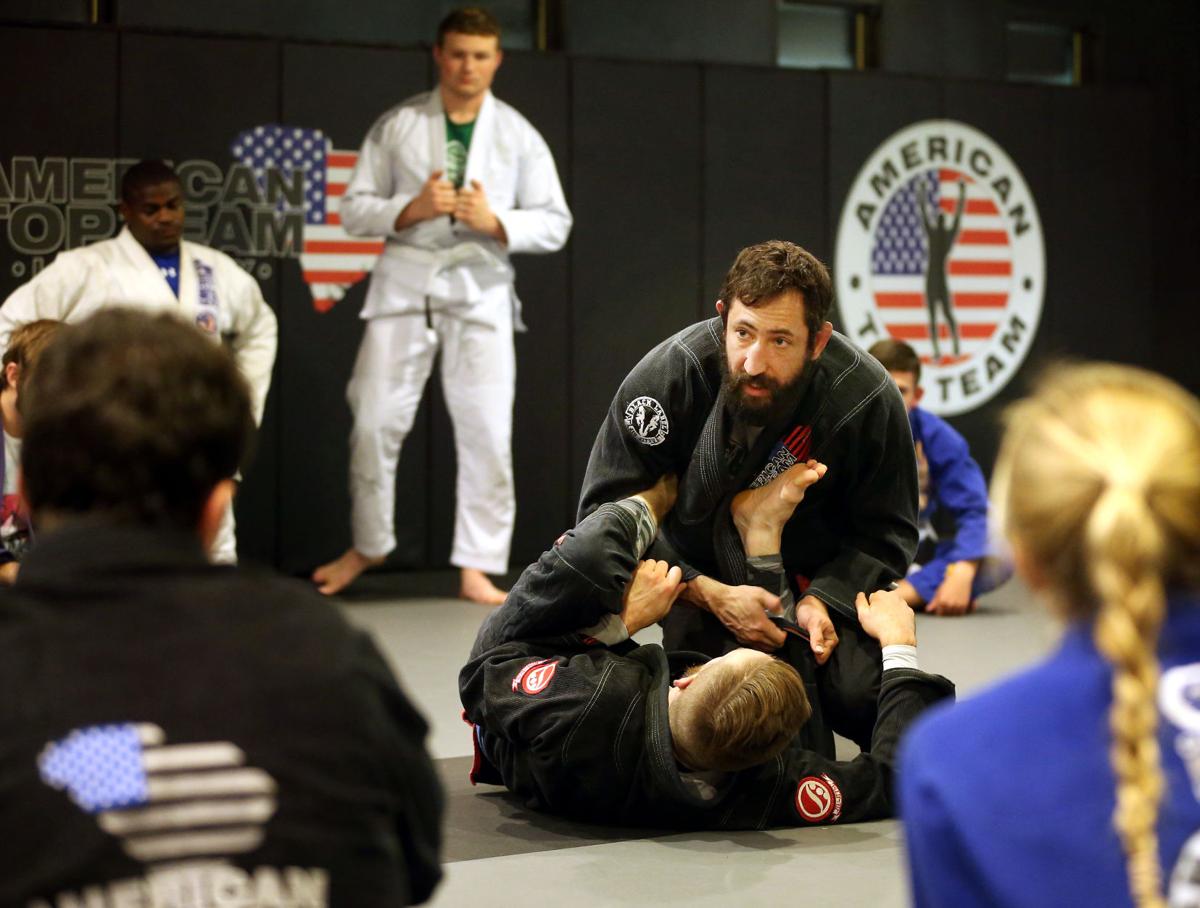 Malachy Friedman (teacher in the back) is gearing up for this weekend when his group, American Top Team, hosts three famous jiu-jitsu specialists for a seminar. Here, Friedman works with Irina Egorova and partner Michael Ryan, during a class. Grace Beahm Alford/File

Malachy Friedman, hardened fighter and instructor of professional mixed martial artists, stood in front of a crowd of women in early January and urged them to be careful.

Few of the women were committed martial artists. Before asking his pupils to partner up and practice, he advised them to be wary of all men.

There is no reason for a man to approach a woman who is by herself, he said. If he needs a lighter, a phone or directions, he can go elsewhere.

Cheers and claps from the crowd.

Women were invited to the mixed-martial arts gym to learn a few tactics on how to handle being attacked. But the former professional fighter didn't teach the women to throw even a single punch. Instead, he focused on techniques that might help them escape dangerous situations.

A class on Jan. 5 was the fourth free seminar Friedman has offered. More women have showed up every time. Though he could probably charge for the instruction, Friedman considers the classes his contribution to women's safety.

The event caught fire on Facebook. About 100 women showed up to American Top Team in West Ashley, with many more RSVPing. Participants ranged in age from children to women in their 60s.

Harrassment, sexual assault and violence against women have been in the news more than usual lately, beginning with allegations of rape against Hollywood producer Harvery Weinstein. The #MeToo movement has continued to sustain the conversation.

"It’s a beautiful thing to see women being bolder and claiming the right to be protected," said Tracy Graham, one of the class participants and a regular at American Top Team.

Graham said she has a family member who was abused in a relationship. She said she is concerned about sexual assault and thinks it may be time for women to do more to protect themselves.

"I’m all for people having the right to bear arms. But you don’t always have those weapons, a gun or a knife, at your disposal," she said. "It’s good to know those basic skills."

Friedman said he labors over what techniques he should choose to teach during the hour-and-a-half classes. He keeps a notebook he says he stays up at night to fill with curriculum none of his students will ever hear. He knows his pupils will only benefit if they practice, and he doesn't want them to walk away with a false sense of confidence.

He cracked jokes during the class, but in an interview, his face was creased with worry discussing the subject of women's self-defense. He talks about his daughter, who is 20. He hopes she'll be careful. He knows the statistics.

One in six women have been victim to an attempted or completed rape in her lifetime, according to the Rape in America report published by the National Crime Victims Research & Treatment Center.

More than anything, Friedman worries about bad information. Videos circulate on social media sites, showing an escape from an attack Friedman feels sure would never work.

Trainers at the nearby gym Charleston Krav Maga and MMA are concerned about misinformation as well. The gym offers six-week women's self-defense classes, teaching practical skills. There, women learn Krav Maga, the fighting style developed by the Israel Defense Forces.

Matt Robinson, the gym's owner and an instructor, said he has many women come to the gym who have had an experience with sexual assault.

Robinson said he teaches women to stay on their feet and get away as fast as possible. He also teaches them to be loud and inconvenient targets. He said the style they teach is simple and uncomplicated to learn.

"It's going to be more conducive to what they're going to see in the real world," Robinson said.

It's the real world that Friedman is worried about, too.

He encouraged women to buck the social mores that tell them to be nice to anyone who approaches them.

"That's not a time to be like, 'I don't know him. He could be a doctor,'" Friedman laughed.

You should know when someone is behind you, Friedman said. He preaches spacial awareness and caution.

Still, Friedman said, none of the skills he teaches are useful without practice.

To attend the next class