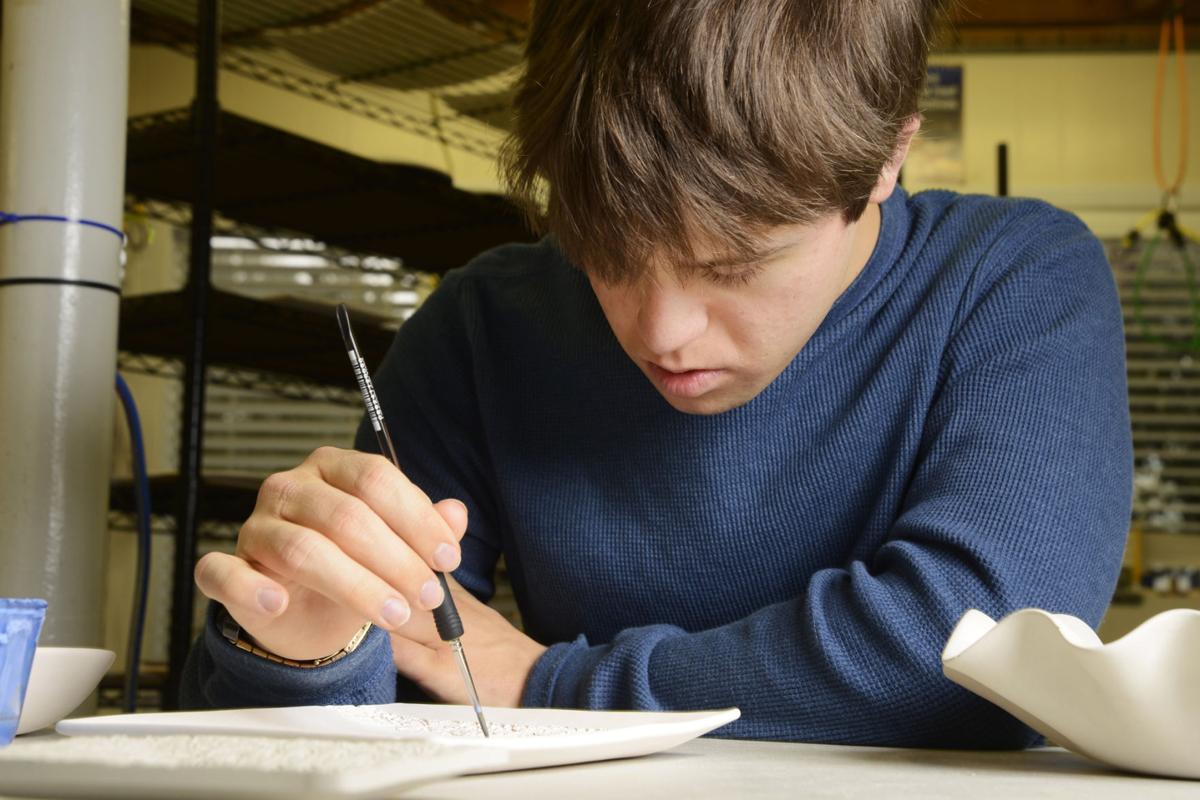 Christian Royal has become a skilled potter, specializing in high-fired stoneware. The young potter will make his TV debut this summer on INSP’s "Handcrafted America." Provided 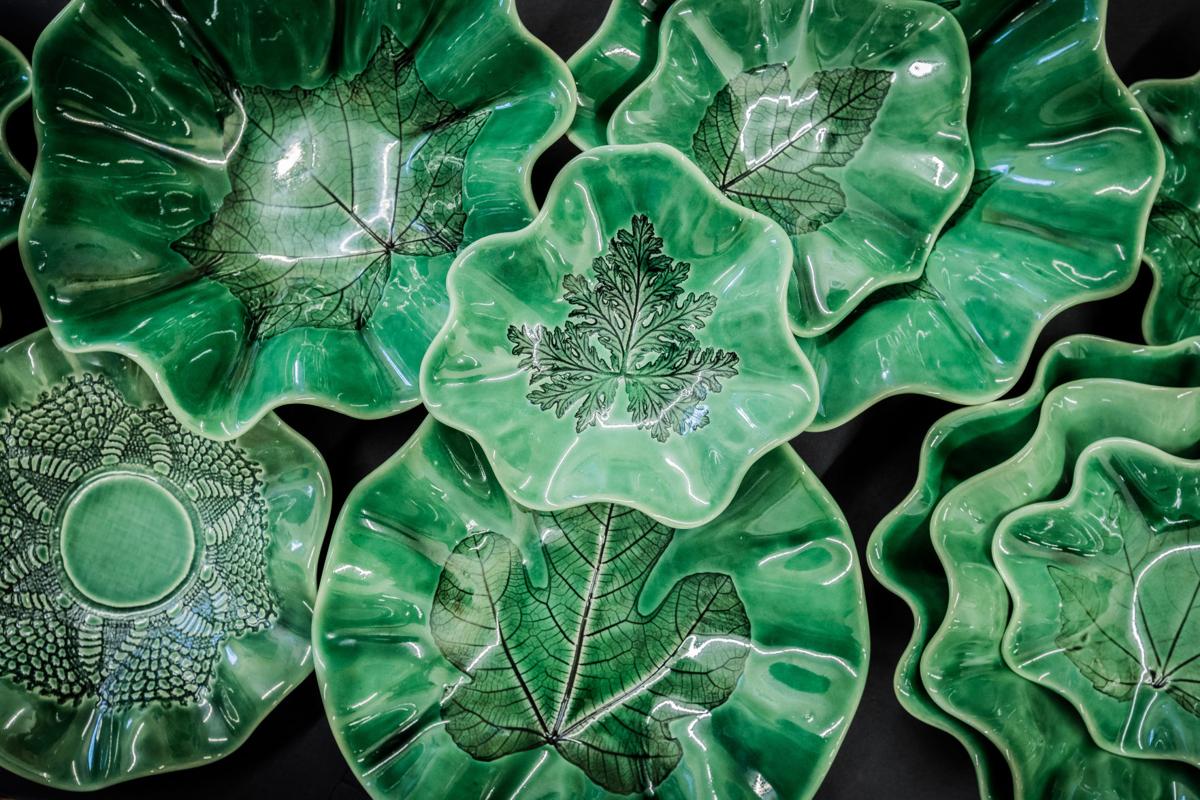 Christian Royal's high-fired stoneware often features impressions of leaves from his parents’ yard. A collection of Christian’s unique pottery is on display at his parents’ West Ashley home, where the lower level has been converted into a studio. Provided. 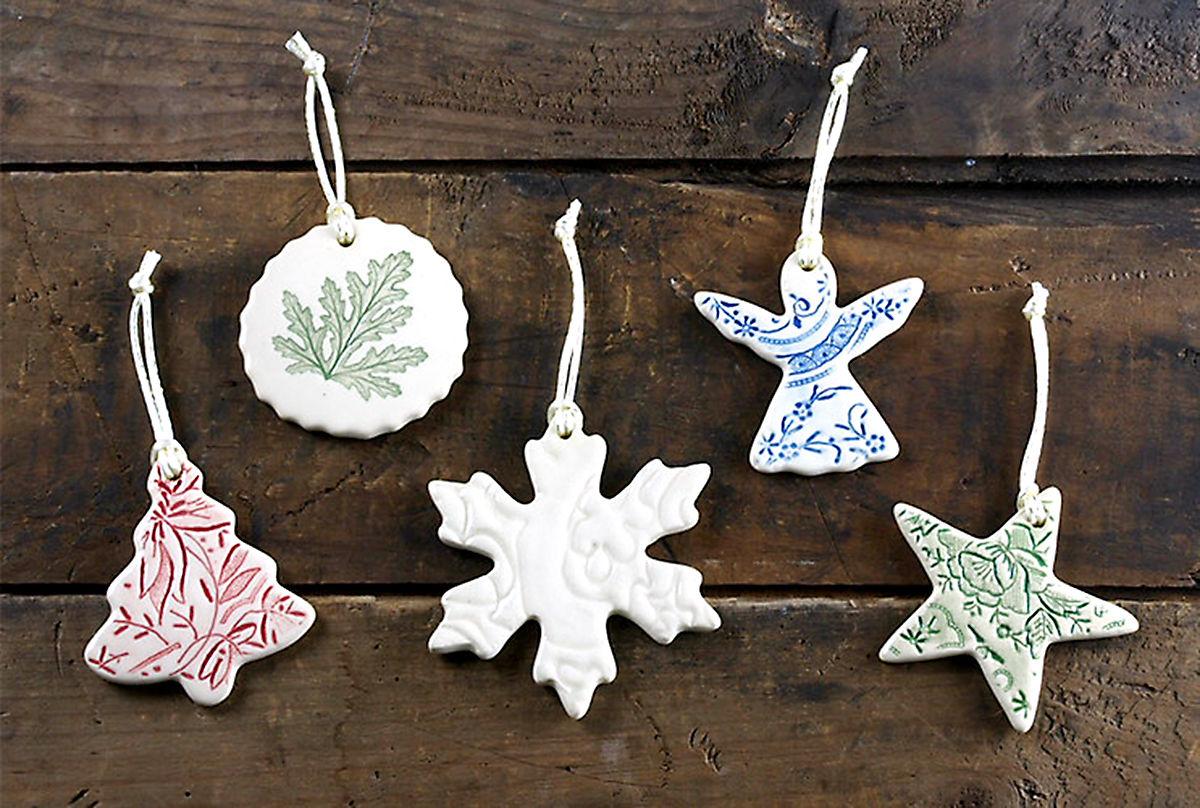 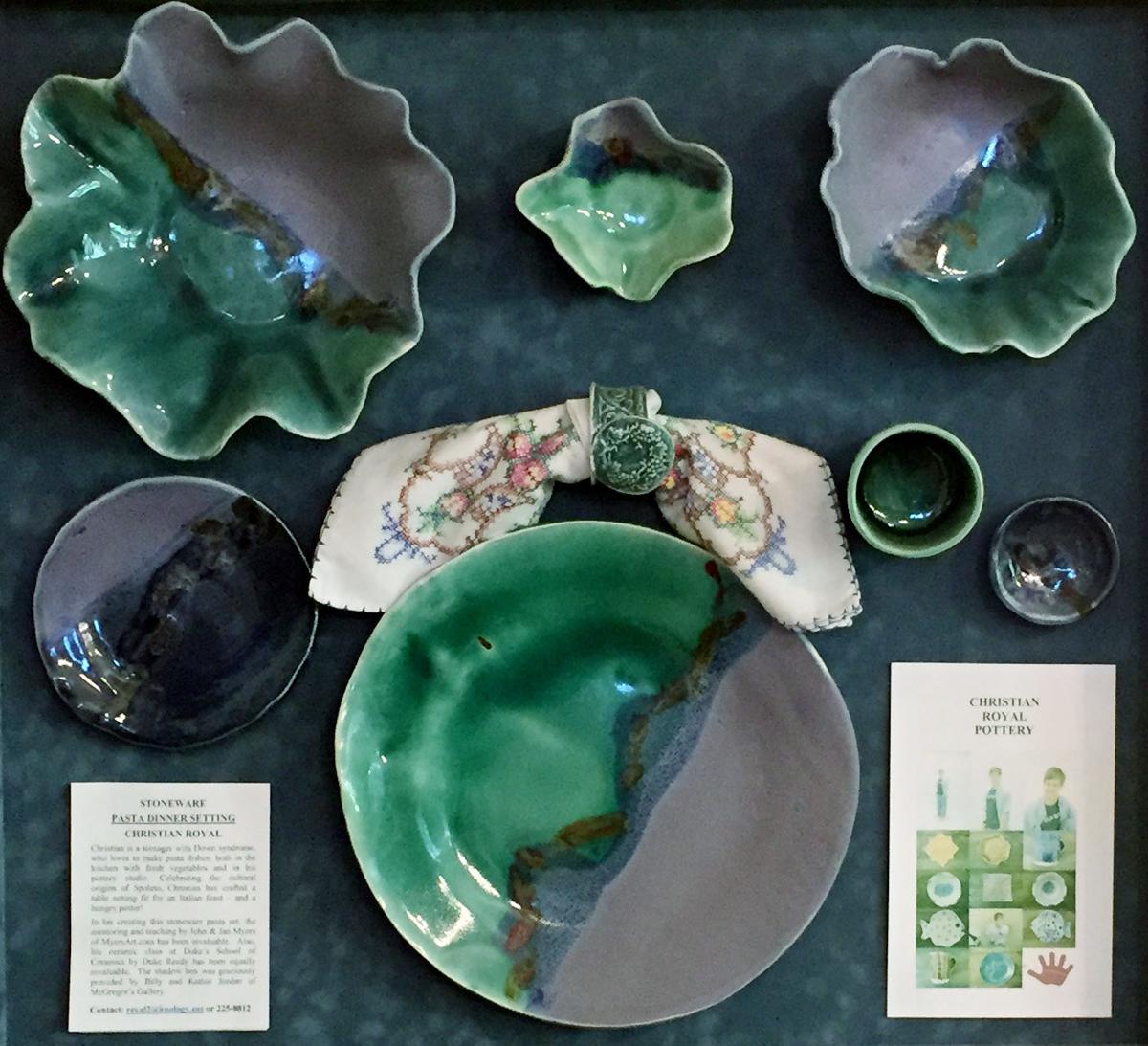 Christian Royal has become a skilled potter, specializing in high-fired stoneware. The young potter will make his TV debut this summer on INSP’s "Handcrafted America." Provided

Christian Royal's high-fired stoneware often features impressions of leaves from his parents’ yard. A collection of Christian’s unique pottery is on display at his parents’ West Ashley home, where the lower level has been converted into a studio. Provided.

Christian Royal stands in the corner of his studio, his hands buried in the pockets of his jeans, while a makeup artist smooths his hair with her fingers and his brother secures a lavalier microphone under his shirt.

“Now you’re famous,” his brother whispers, and Christians salutes him like a soldier.

Christian is a potter. His studio — a bright, spacious set of rooms on the lower level of his parents’ house overlooking the Ashley River — is a sacrosanct place, typically reserved for Christian and his mother.

On a recent Tuesday in May, a team of producers has taken over the West Ashley home, hauling lamps, cameras and tripods, spouting directions and shooting B-Roll.

They're about to film a scene for a new episode of "Handcrafted America," a cable series on the family-friendly INSP network, where the host, television actress Jill Wagner, travels the country, introducing viewers to American artisans and their craft. When the cameras start rolling again, Christian will show Jill how to smooth edges the of an unfired clay bowl.

“Are you ready for your close-up, Christian?” a producer asks sweetly. "You're gonna say 'action,' right?"

"Action" is one of only a few words Christian will manage all day. He has Down syndrome, and at 25, he's never learned to read or write or count past three. But through years of practice and training, he's mastered the art of hand-made slab stoneware.

His ceramic dishes, often impressed with leaves from his parents' yard or vintage lace handkerchiefs purchased from consignment shops, have been sold in galleries and craft stores throughout the state. He'll make his national TV debut in August when the third season of "Handcrafted America" premieres.

"Christian, do you have a favorite part about this process?" Jill asks as he gently wipes the rippling edges of an unfinished bowl with a damp, yellow sponge.

"What do you like doing the best out of all of it?"

Helen and Mike Royal weren't prepared for a child with Down syndrome when Christian, the youngest of their six children, was born. But they followed the advice of a sage pediatrician who urged the Royals to help Christian develop good habits, like focus and consistency, that would prove invaluable for his burgeoning pottery career.

S-C-H-O-O-L is still a bad word in the Royal household. Teachers declared Christian not only "uneducable," Helen says, but "untrainable" as well.

In his special education classes, Christian felt like he was being babysat. (That's another bad word. His biggest pet peeve is when adults treat him like a B-A-B-Y.) So the Royals pulled Christian out of school when he was 14 and at the suggestion of a friend, enrolled him in pottery lessons at a local studio.

During his first lesson, the potter laid a slab of soft, wet clay on the floor and asked Christian to step on it. Christian was mesmerized by the geometric patterns his tennis shoe left behind.

Two brief lessons a week evolved into hours and hours of practice at the Royals' home under the tutelage of professional potters, like Kris Neal of Fire and Earth Pottery and artists John and Jan Myers, who invited the Royals to their home in York County, where they taught Christian their techniques for hand-built slab stoneware.

Christian's parents learned alongside him. Their fully operational home studio includes two kilns, a pottery wheel and a pugging machine for recycling unused clay. They often assist Christian as he rolls mounds of clay into thin slabs for cutting and molding pottery and impresses them with Confederate rose leaves, ginkgo flowers, mums or hydrangeas plucked from his parents' backyard.

"Make those leaves dance," Helen will say to Christian, "Like a breeze blowing through a Charleston garden."

Their home is also a shrine to his work, where hundreds of bowls and dishes of all shapes, sizes and colors are on display in curios and cabinets, atop dining tables and desks, or submerged in soapy water in the kitchen sink. Christian's repertoire includes cereal bowls, serving platters, double-dipping dishes, personal colanders, napkin rinks along with Christmas ornaments and pendants.

Helen wears one of his designs around her neck for the TV show. After a 30-minute break, Christian is back in his studio, cameras rolling, flanked by Jill on his right and his mother on left.

While the producers debate which shots they still need and what Jill should do on camera, it's clear Christian has become frustrated; he is literally pulling his hair. Helen asks for "a mother's moment" and whispers in his ear.

“We're almost finished, Christian," a producer says. "I know this is tiresome.”

When he's ready, Christian says "Action!" again and returns to painting his dish. The studio is quiet, and all eyes and lens are zeroed on Christian as he traces the fine veins of a large leaf impression with a green underglaze using a thin, pointed brush.

The Royals' dream for Christian is that he will continue to make pottery long after they're gone. Pottery is more than an artistic outlet for Christian, Helen says. It also gives him a sense of purpose.

"Is that a cut then?" a producer asks.

To learn more about Christian Royal's unique pottery or inquire about purchasing a piece, visit www.christianroyalpottery.com.